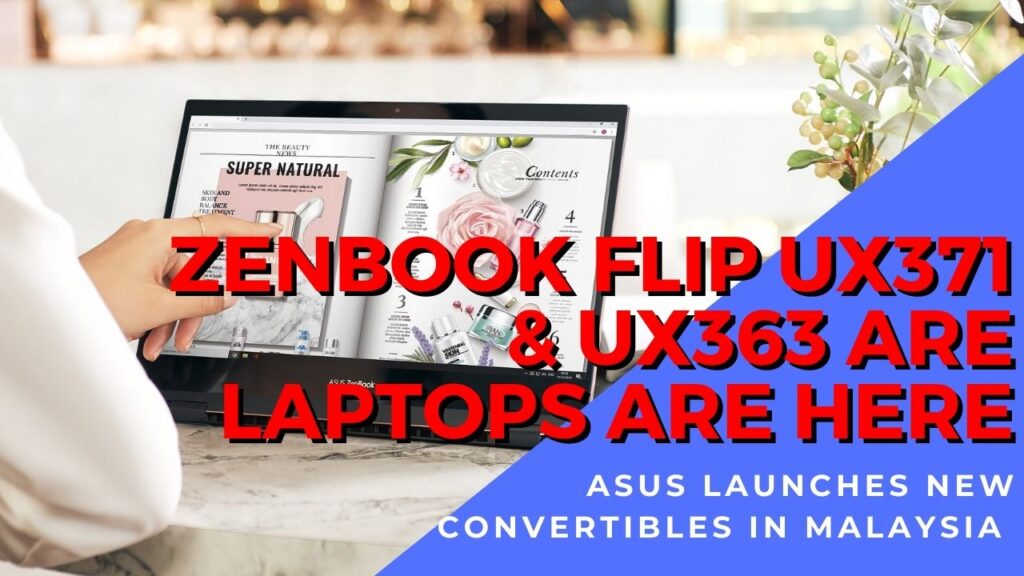 The new ZenBook series laptops are Intel Evo certified, have 360-degree rotating hinges and 11th Gen Intel Core processors. Here’s how they both stack up and how much they’ll cost in Malaysia.

The ASUS ZenBook Flip S OLED UX371 is currently the world’s thinnest 13-inch 4K OLED convertible laptop at just 13.9mm thin while weighing a mere 1.2KG while hosting a 360-degree hinge that lets you turn it from a slate to a laptop and a stand at will.. 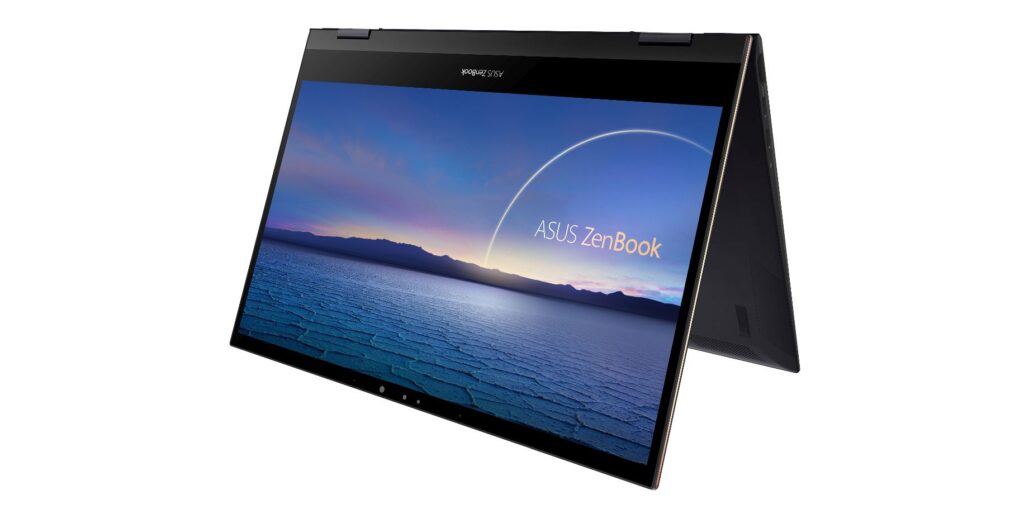 The aforementioned 13-inch 4K OLED display has an impressive 1,000,000:1 contrast ratio with a 100% DCI-P3 colour gamut with exquisitely faithful colour reproduction for content creators. As icing on the cake, the panel is highly responsive too with a swift responsive 0.2ms response time.

In terms of hardware, the ASUS ZenBook Flip S OLED UX371 also has an 11th Gen Intel Core i7-1165G7 2.8GHz processor, 16GB DDR4 4,266MHz RAM that has been soldered in, a 1TB SSD along with WiFi 6 WiFi connectivity. A 67Wh 4-cell lithium-polymer battery ensures fair endurance in the field.

In Malaysia, the ASUS ZenBook Flip S OLED UX371 only ships in the above configuration, retails for RM6,799 and will be available nationwide in Malaysia on 12th March 2021. 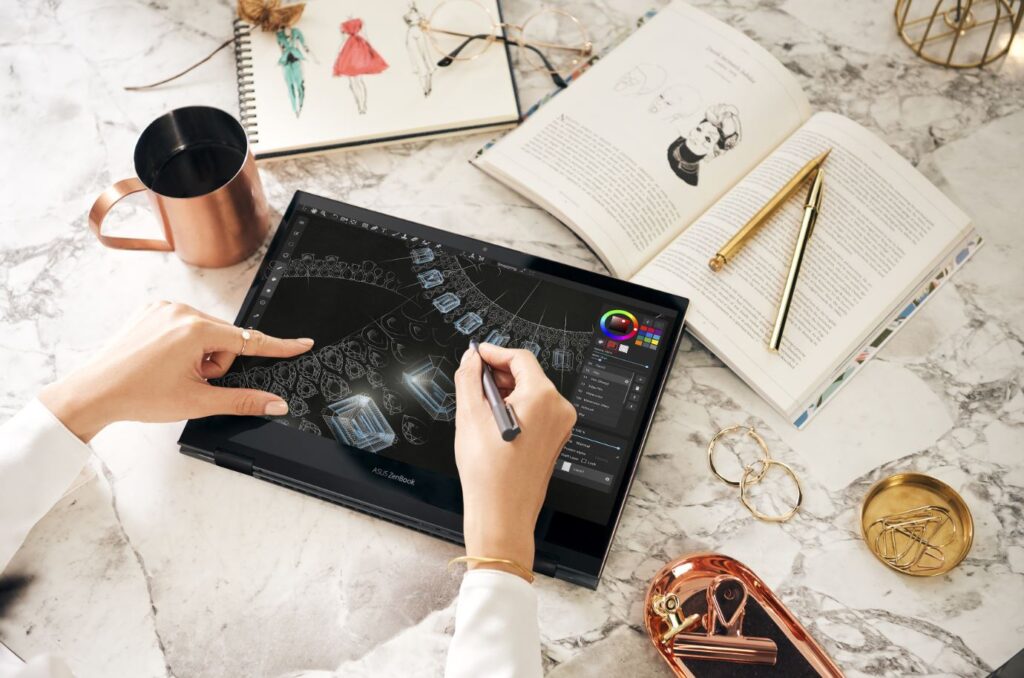 The ASUS ZenBook Flip 13 OLED UX363 is currently the slimmest 13-inch convertible laptop in the world at this present point in time. You get a 13.3-inch Full HD OLED touchscreen display with 100% DCI-P3 that’s also Pantone validated. Add in a 360-degree hinge and you have a highly versatile workhorse that can swap from a tablet to a laptop at will.

In terms of hardware, the ASUS ZenBook Flip 13 OLED UX363 comes with an 11th Gen  Intel Core i7-1165G7 processor, 8GB DDR4 RAM, a 512GB SSD and Intel Iris Xe integrated graphics. Charging is via USB-C port to juice a 67Wh 4-cell lithium-polymer battery. All this clocks in at RM5,199. You can also get a cheaper variant that is otherwise identical save for a less powerful 11th Gen Intel Core i6-1135G7 CPU for RM4,699.

Both variants of the ASUS ZenBook Flip 13 OLED UX363 will be available starting from today in Malaysia at all authorised retailers and ASUS’s online e-store. You can also check out the rather unique ZenBook Duo 14 UX482 that has been released at the same time in Malaysia. which we also had the privilege of experiencing the UX482 unboxing and review too. 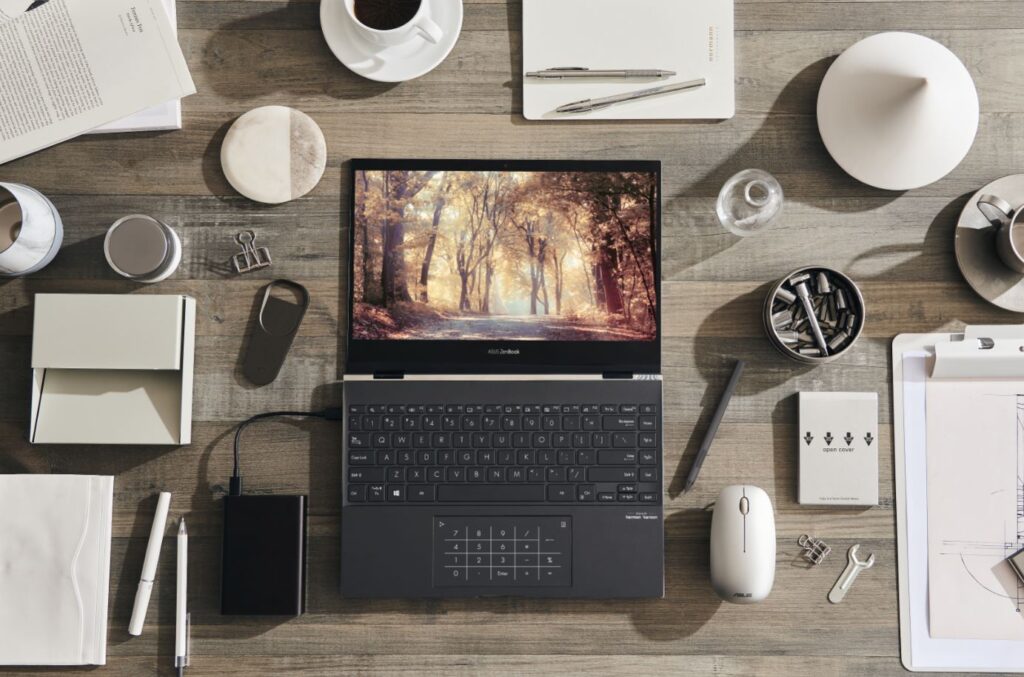