Xiaomi has revealed that their flagship Mi 11 phone will be available for preorder in Malaysia in two storage configurations and prices from RM2,799.

In keeping with its premier status, Xiaomi has kitted out the Mi 11 for bear with a massive 6.81-inch WQHD+ AMOLED curved display that has a 20:9 aspect ratio, a 480Hz sampling rate and, in particular, a dynamic 120Hz refresh rate for smooth animations onscreen. The icing on the cake here is that it’s sheathed in Gorilla Glass Victus, currently the toughest grade of glass issued from Corning. 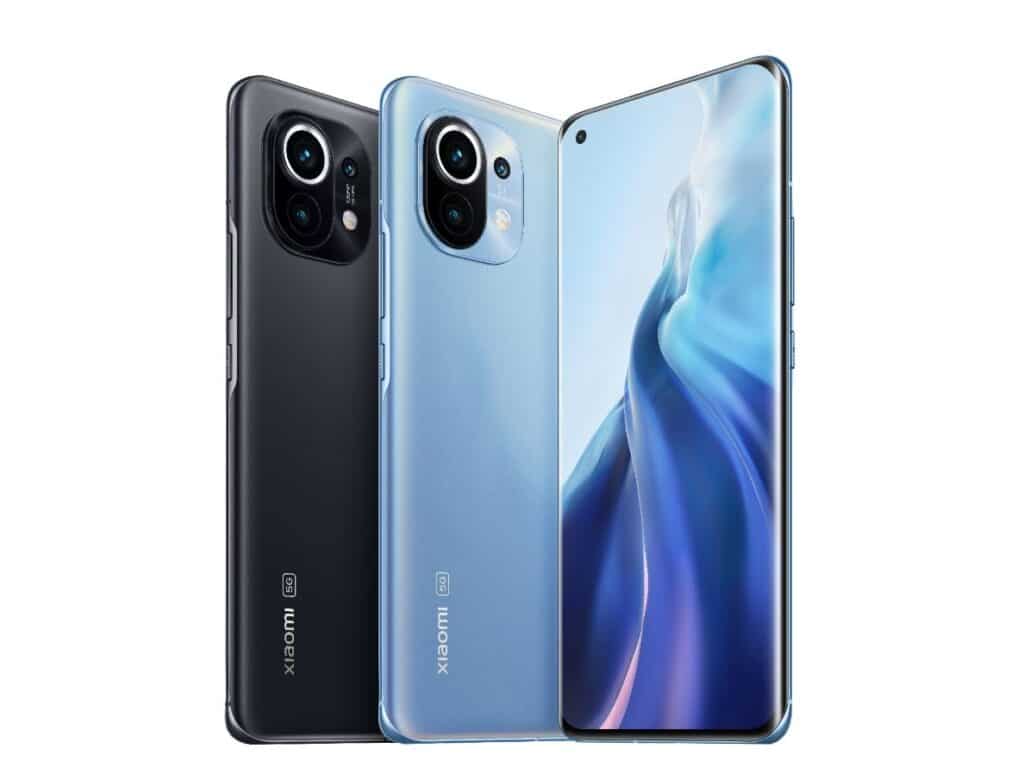 The rest of the hardware is impressive, with a Snapdragon 888 processor, 8GB LPDDR5 RAM and either 128GB or 256GB of non-expandable storage. The rear camera consists of a triple array that has a large 108MP camera, a secondary 13MP ultra wide angle camera and a 5MP telemacro camera while the front has a single 20MP selfie camera. Other mod-cons include WiFi 6 support, 5G connectivity and stereo speakers.

Keeping it charged is a 4,600mAh battery with 55W fast charging and Xiaomi also throws in a 55W charger free with the phone. 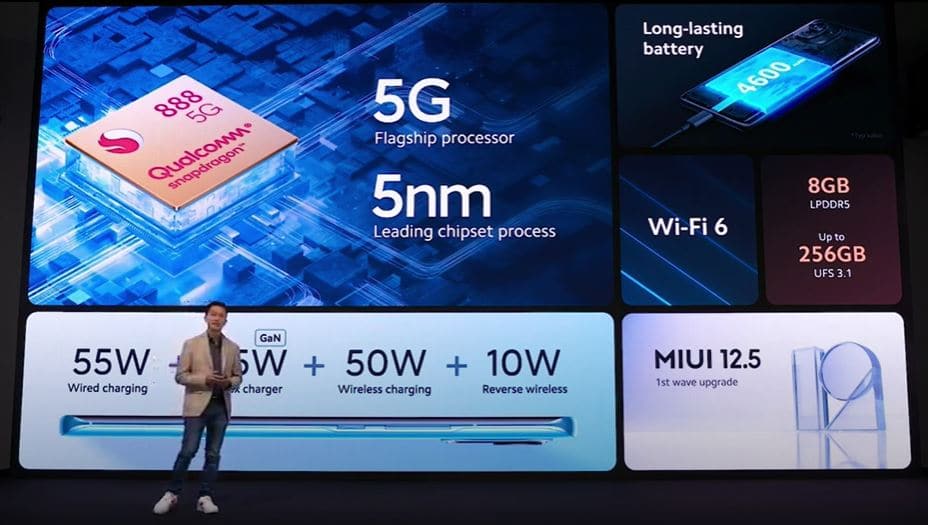 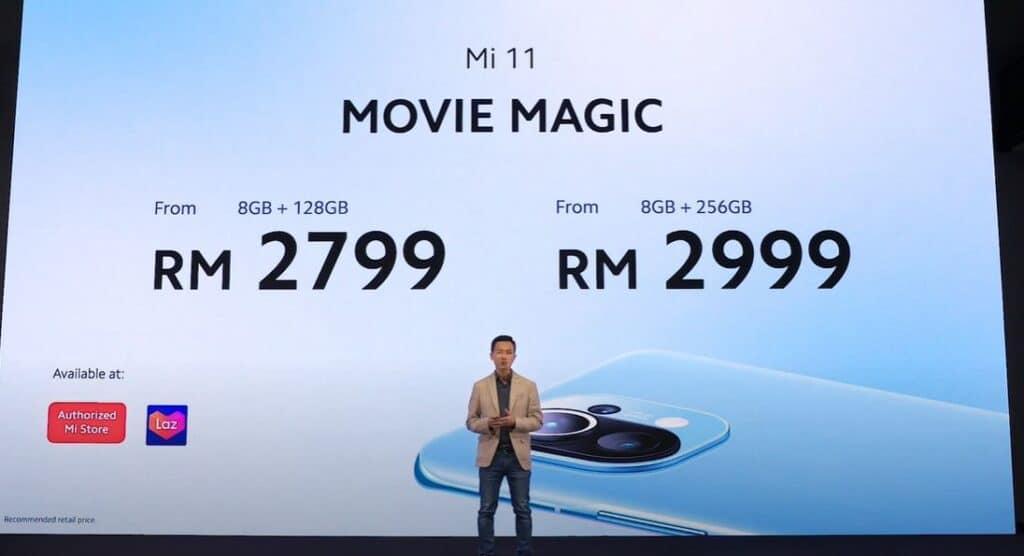 Preorders for the Mi 11, which are ongoing till March 10th on Xiaomi’s Lazada page and their official preorder page net you a free Mi Air Purifier 3C worth RM569 for the first 1,500 preorders while the first 100 customers who register their purchase of the M 11 can get a Mi AIoT premium pack worth RM1,356. 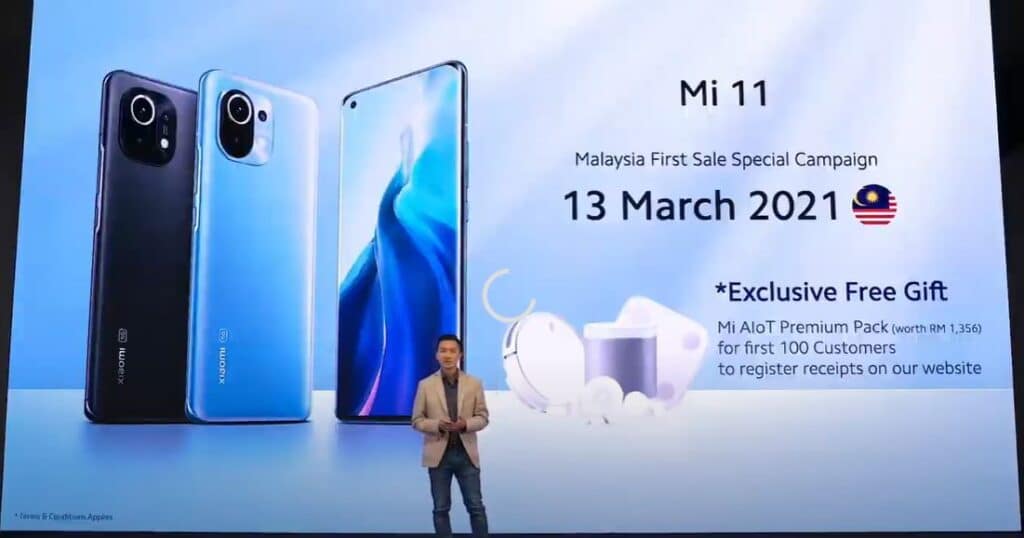