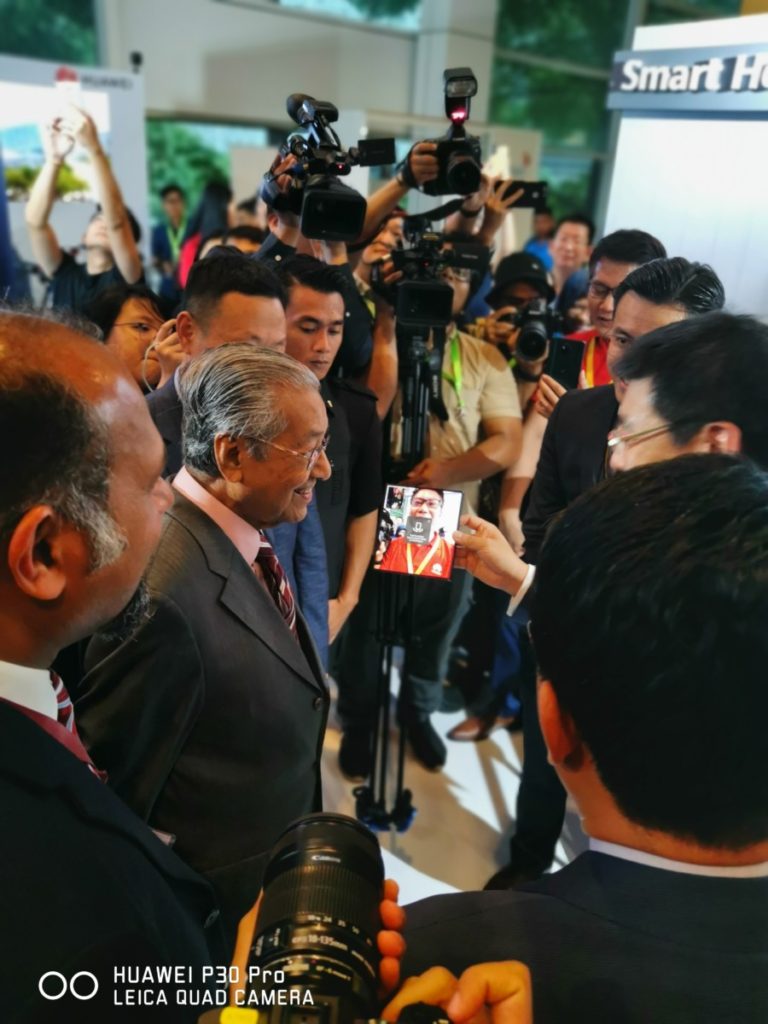 The 5G Malaysia Showcase by the Malaysian Communications and Multimedia Commission (MCMC) is a trade show but not just any old trade show as it hosts under one roof what the various phone vendors and telecommunication network players in Malaysia have on the horizon for 5G connectivity with the likes of Huawei, Nokia, Celcom, Digi, Ericsson, Maxis,TM and U Mobile participating in the show. Of particular interest is that Huawei is showcasing their next-gen devices, in particular the Mate 20 X and the foldable Mate X phone at their booth at the show.

Both the Mate X and the Mate 20 X are both 5G capable phones. Both have yet to see deployment in Malaysia though both were seen and showcased extensively at Mobile World Congress earlier this year.

Both phones will also be showcased for the public to admire at the Huawei booth though a VIP managed to admire both devices before the doors to the 5G Malaysia Show were open to the public and it’s not just any VIP – Malaysia’s Prime Minister Tun Dr Mahathir Mohamad himself and his entourage dropped by to peruse Huawei’s 5G offerings, including the Mate X and the Mate 20 X. 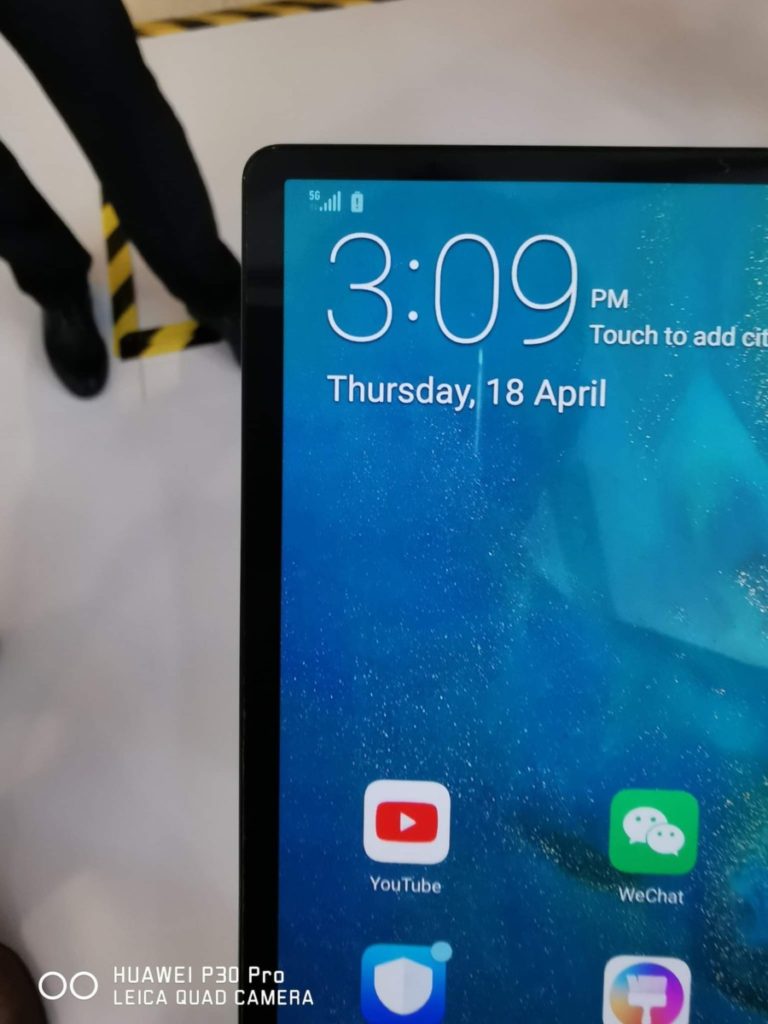 At the booth, the Prime Minister witnessed a live 5G video call in real time from the Mate X to the Mate 20X, which marks one of the first times this has been done in Malaysia.

There’s no word if both phones will make it to Malaysia but seeing the surging interest in 5G, it seems Huawei’s 5G capable Mate X and Mate 20 X may just pip their competitors to the post by being the first phones in the market with such capabilities. We’ll keep you posted if and when these two models make an appearance.

The Mate 20 X is a 5G capable variant of the Mate 20 that has a 7.2-inch Full HD+ display, a Kirin 980 processor, a rear triple camera array and a smaller battery to accommodate the 5G radios. 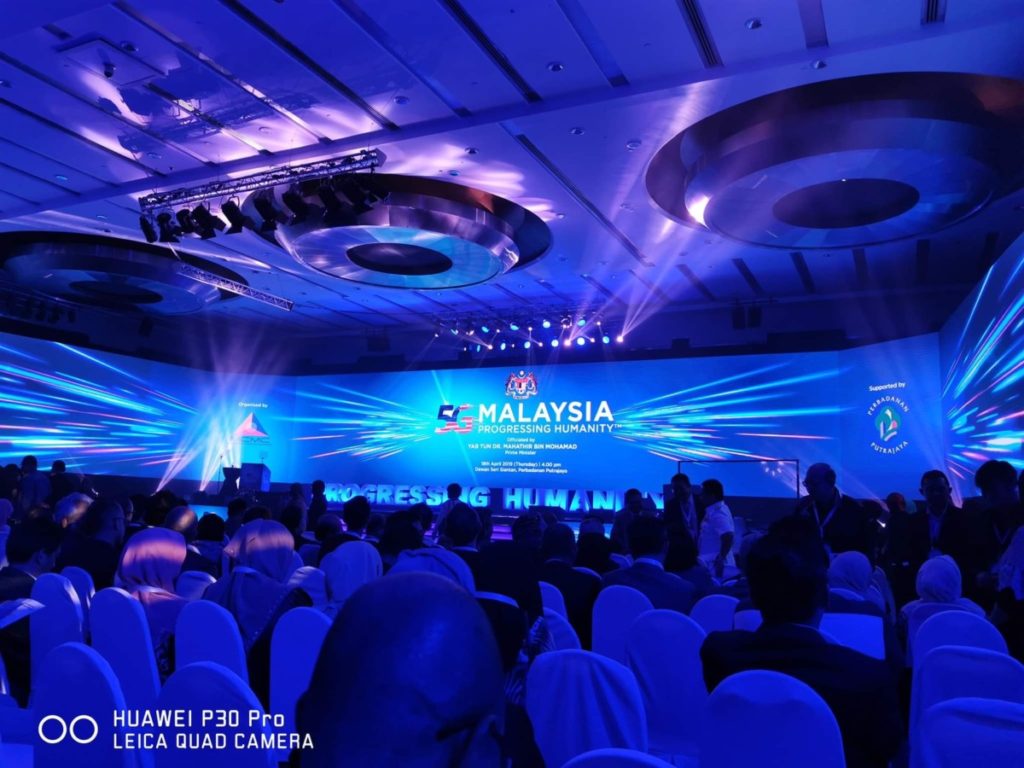 The slick looking Mate X is Huawei’s first foldable phone with an 8.0-inch outward foldable OLED display that folds down to a 6.6-inch OLED display, a Kirin 980 processor and a triple camera array along with a 4,500mAh battery. For a more thorough look at the Mate X, visit our feature piece here.

Huawei will also feature other products and technologies at their booth including their latest developments such as a facial recognition cloud system, digital healthcare, smart agriculture and aquaculture, their RuralStar network, a 4K VR drone and more. 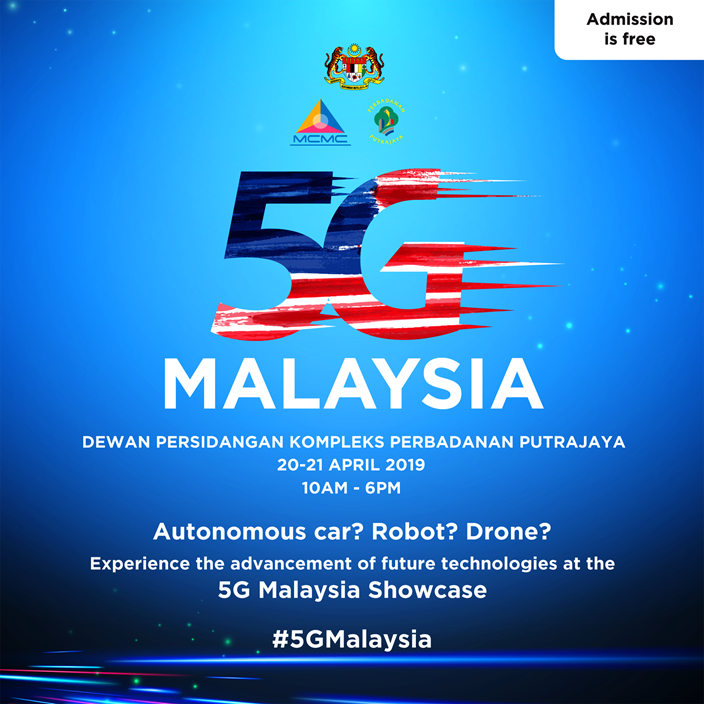 If you’re keen to admire both Huawei 5G phones, you can swing by the 5G Malaysia Showcase at Dewan Persidangan Kompleks Perbadanan Putrajaya which is open starting 20 April to 21 April 2019 from 10AM to 6PM. Admission is free. For more details visit their official page here.