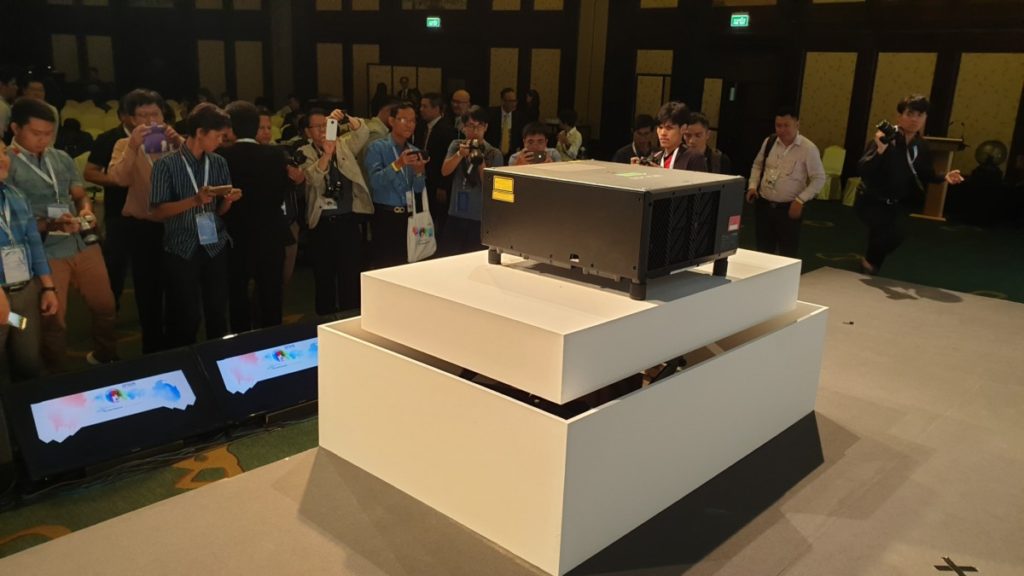 Externally, the EB-L20000UNL and EB-L12000QNL are spitting images of each other with a similarly rugged looking, compact form factor as projectors go. They differ somewhat in terms of their capabilities though both of them integrate Epson’s 3LCD chip  that ensures superb colour reproduction on account of being able to offer up to triple the reproducible colour gamut versus a 1-chip DLP projector, brilliantly deep blacks and beautiful whites while ensuring the characteristically irksome rainbow effect is eliminated. 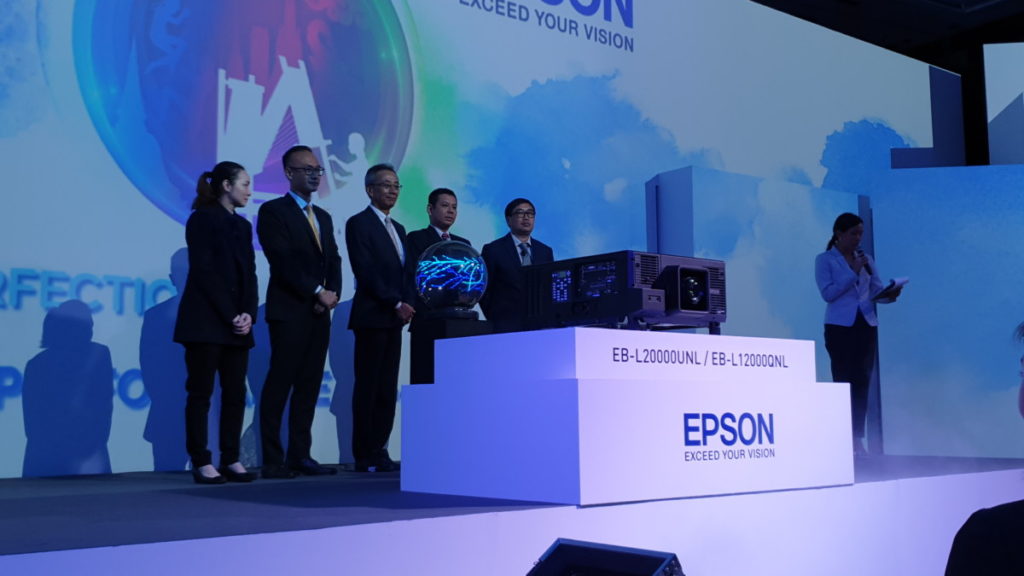 The slightly more modest but no less powerful EB-L20000UNL laser projector is, as mentioned earlier, bears a chassis that is externally similar to the EB-L12000QNL but has a slightly lower 1,920 x 1,200 (WUXGA) pixel resolution with the ability to project up to a 1000-inch diagonal display at up to 34.43 metres.. The laser for the EB-L20000UNL has a similar shelf life as the EB-L12000QNL with about 20,000 hours on optimum settings. 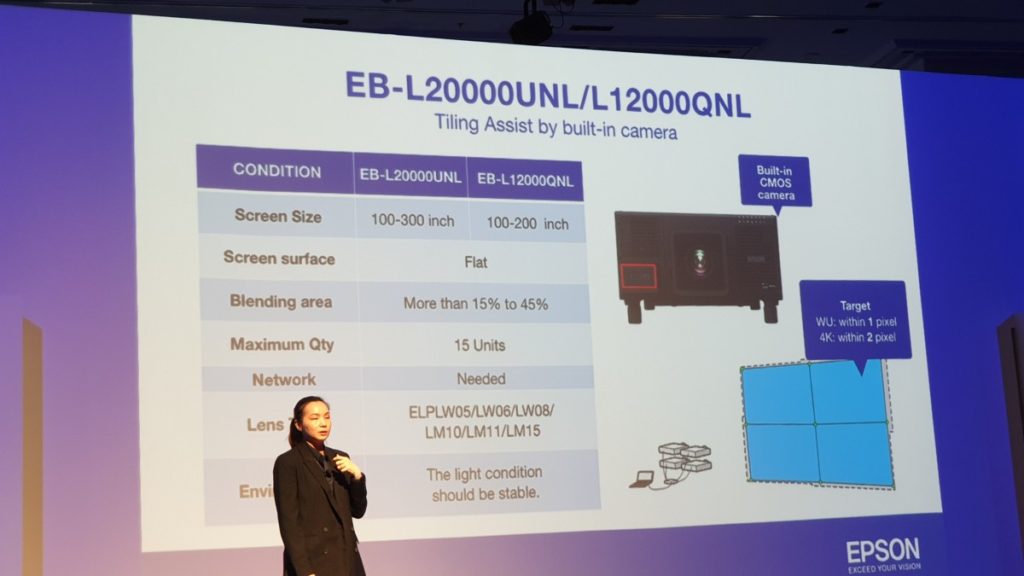 Performance differences aside, both units are primarily intended for use in public, corporate and educational settings like shopping malls, museums, auditoriums and the like though that doesn’t preclude use in more private locales. Unique to both the EB-L12000QNL and EB-L20000UNL Lis exceptional versatility with the capability to be installed from almost any angle allowing for unorthodox, artistic options beyond the usual classroom or office milieu such as projecting on a floor, on a ceiling or across the expanse of a wall making for very creative, eye-catching options. Also of note is that both projectors are capable of supporting HDR content via Perceptual Quantizer (PQ) and HDR10 formats. 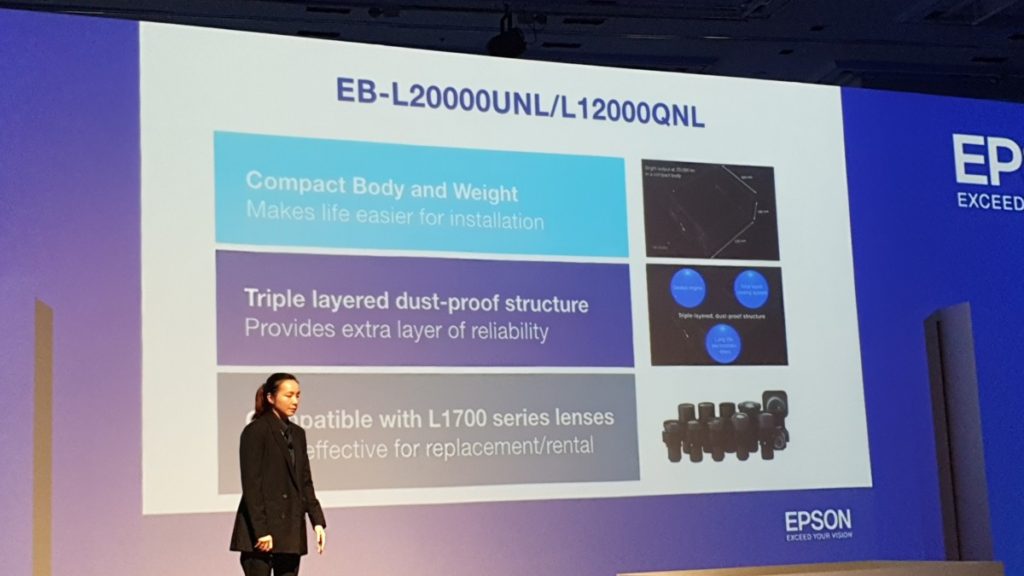 Another interesting feature of note is both projectors are also rated to be exceptionally reliable; necessary if you’re plonking them io an out-of-way area as they use an inorganic phosphor wheel that offers superb heat resistance while the inorganic LCD panel offers better sustained performance over long periods of time. The chassis also integrates a triple layer dust-proof housing to reduce dust and smoke intrusion and integrates a liquid cooling system to ensure the hardware remains at optimum temperatures for long-term fuss-free operation. To wit, the EB-L12000QNL and EB-L20000UNL are rated for 20,000 hours of maintenance-free use.

Both look like very tempting propositions that can class up any establishment by several orders of magnitude. There’s no official word yet on pricing or availability in Malaysia but they are slated to arrive sometime in the second half of 2019. For more details swing by www.epson.com.my