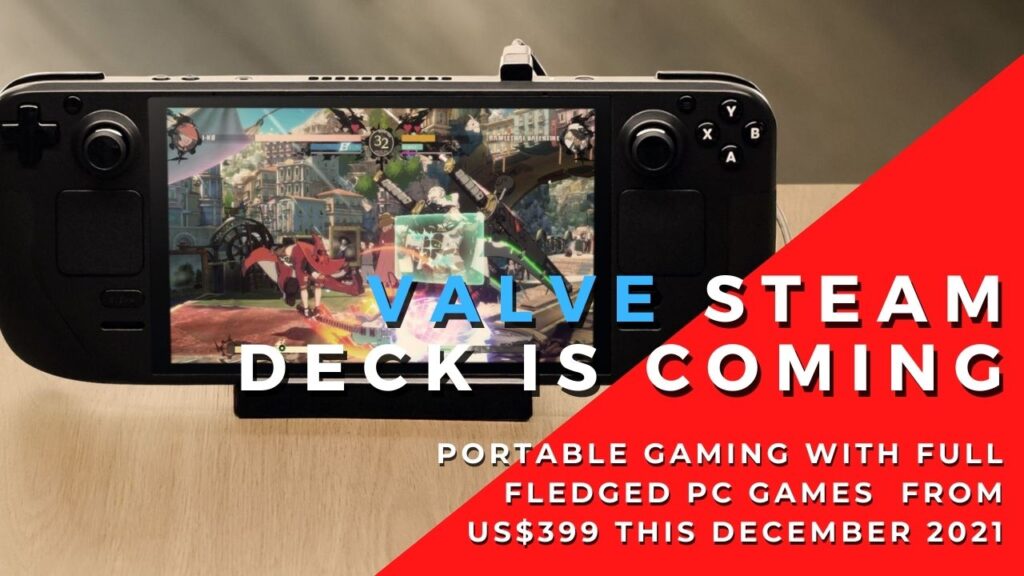 Valve has announced the Steam Deck, a gaming handheld that bears somewhat of a strong resemblance to the Nintendo Switch but with the ability to run PC games off the Steam game store in an incredibly portable form factor. What makes it especially appealing is that that Valve Steam Deck prices start from US$399. 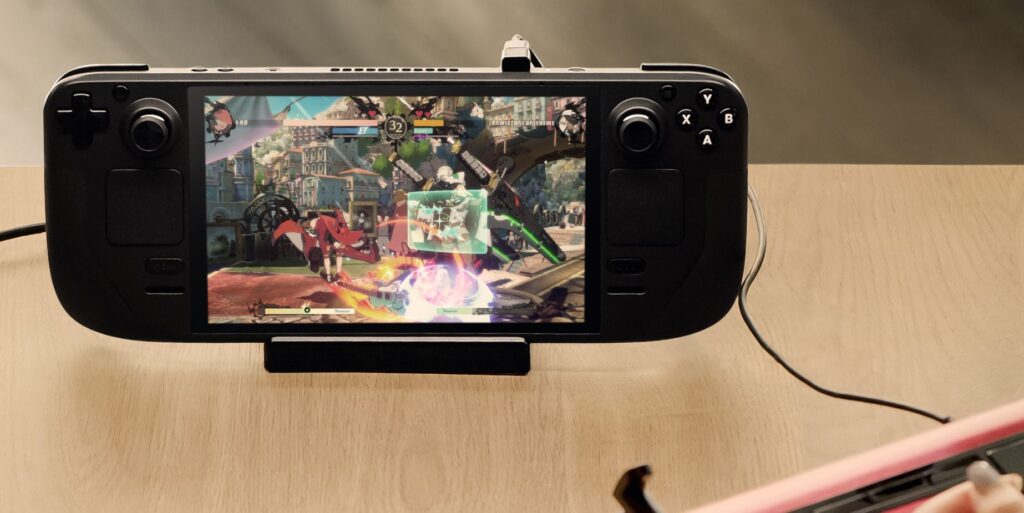 The Valve Steam Deck runs on an operating system that differs from the one seen on PC and Valve refers to it as a ‘new version of SteamOS’ optimised for a premium portable gaming experience.

It comes with a compatibility layer called Proton that makes it possible to run Windows PC games without the need to create custom portable versions from developers which means the entirety of your PC gaming library available at your beck and call. That means sweet AAA games like Watch Dogs Legion are literally playable on the go 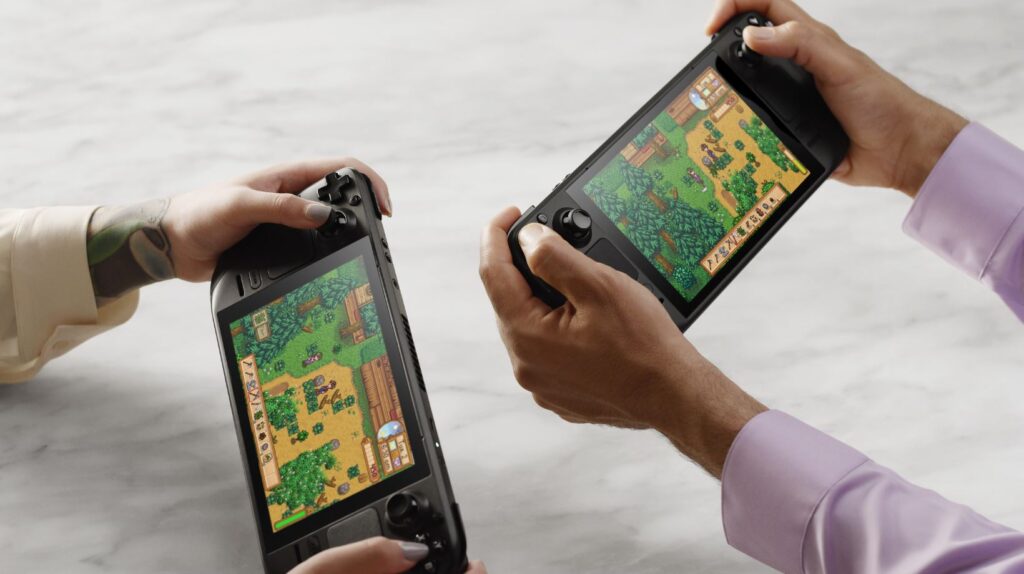 You also get access to Steam chat, the entire Steam store and your associated library, the ability to remotely stream and play games off your PC and cloud saves too.

In terms of hardware, the Steam Deck features a 7-inch diagonal LCD display with a 60Hz refresh rate with 1,280 x 800 pixels resolution and a 16:10 aspect ratio paired with stereo speakers with embedded DSP for better sound. 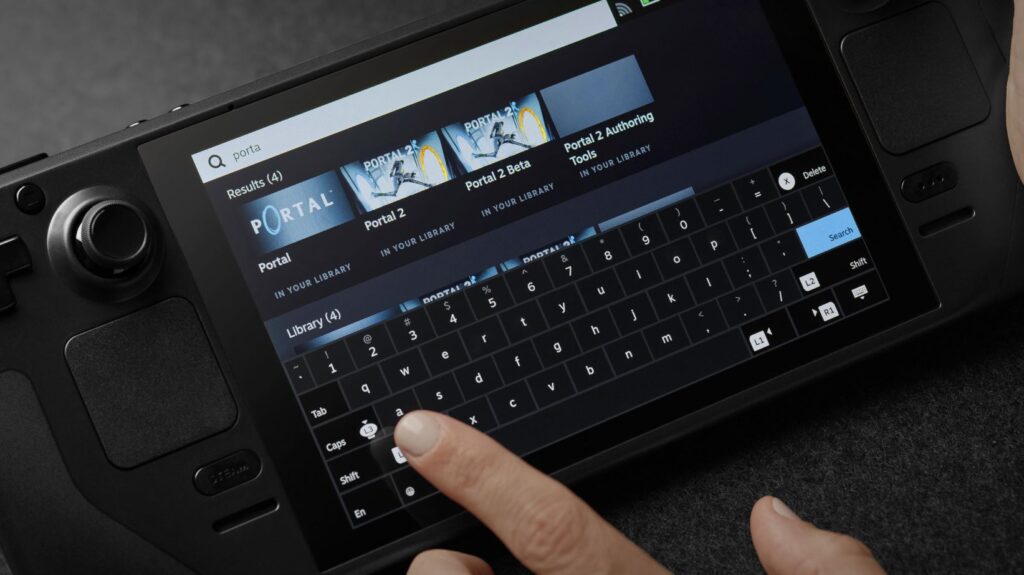 Under the hood, it features a custom made AMD-issued APU which combines a Zen 2 processor with 4 cores and 8 threads and up to 3.5GHz, 16GB LPDDR5 RAM and three different storage configurations that differ based on price.

Valve is also offering an optional dock that features a DisplayPort 1.4 and HDMI port on top of Ethernet and a trio of USB-A ports though the Steam Deck itself has a USB-C with Display Port 1.4 support for up to 8K@60Hz to port a feed to a TV.

Valve Steam Deck prices start from 64GB eMMC that costs US$399, the larger 256GB NMe SSD version retails for US$529 while the top of the line version with a 512GB NVMe SSD retails for US$649. Regardless, all variants of the Steam Deck feature a microSD slot for augmenting storage.

The Steam Deck will ship in December 2021 starting in the United States, Canada, the European Union and the United Kingdom with more regions slated for deployment later on next year in 2022.

Odds are unlikely that we’re able to get our hands on it in this part of the world unless you’re fairly resourceful or acquire it through alternative resources which make spike up Valve Steam Deck prices way north. You can check out the official Valve Steam Deck at www.steamdeck.com 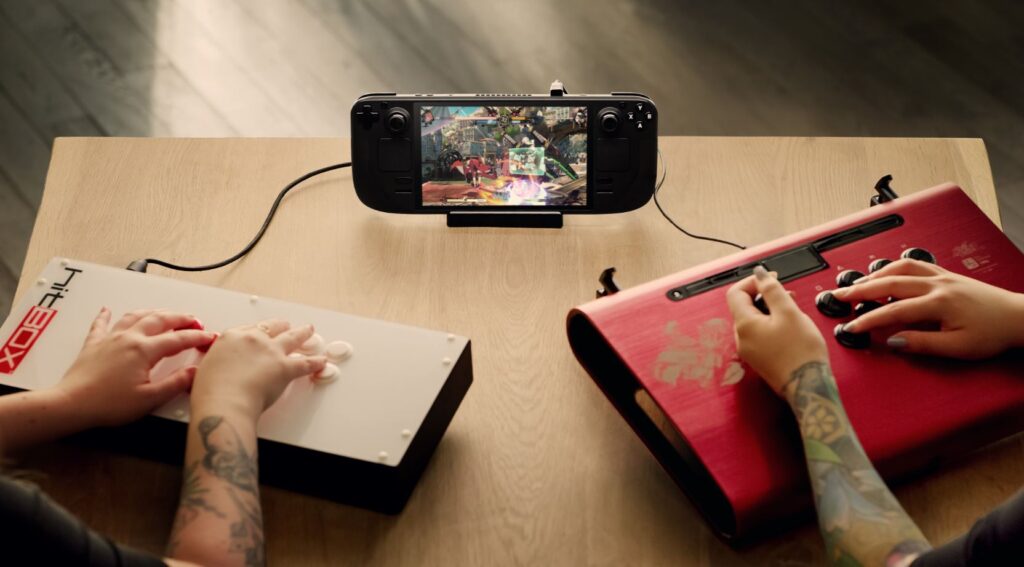