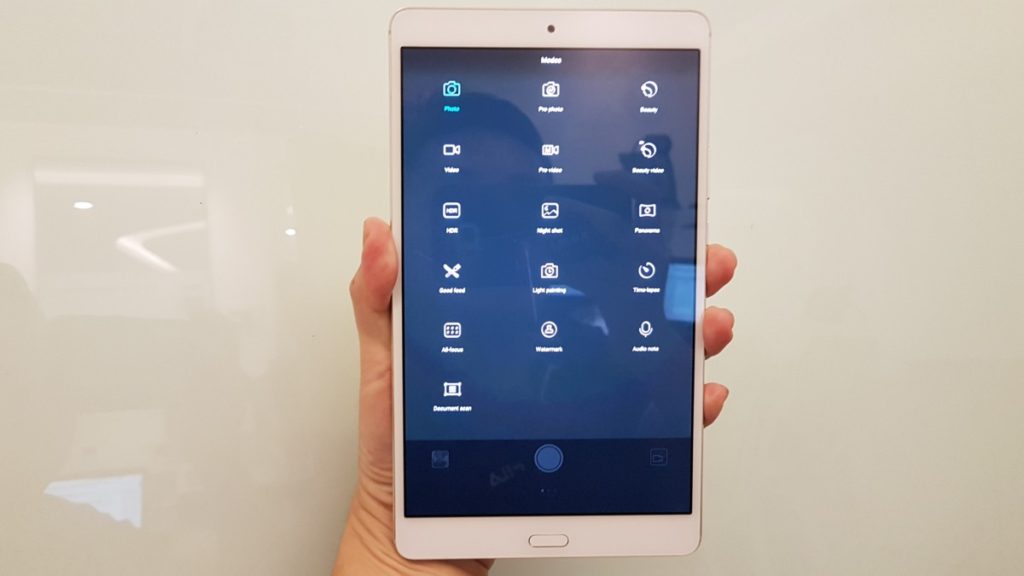 Decent slates running Android aren’t particularly common these days but Huawei has attempted to resolve their complication nicely with their new MediaPad M3 tablet that has just hit shelves in Malaysia. 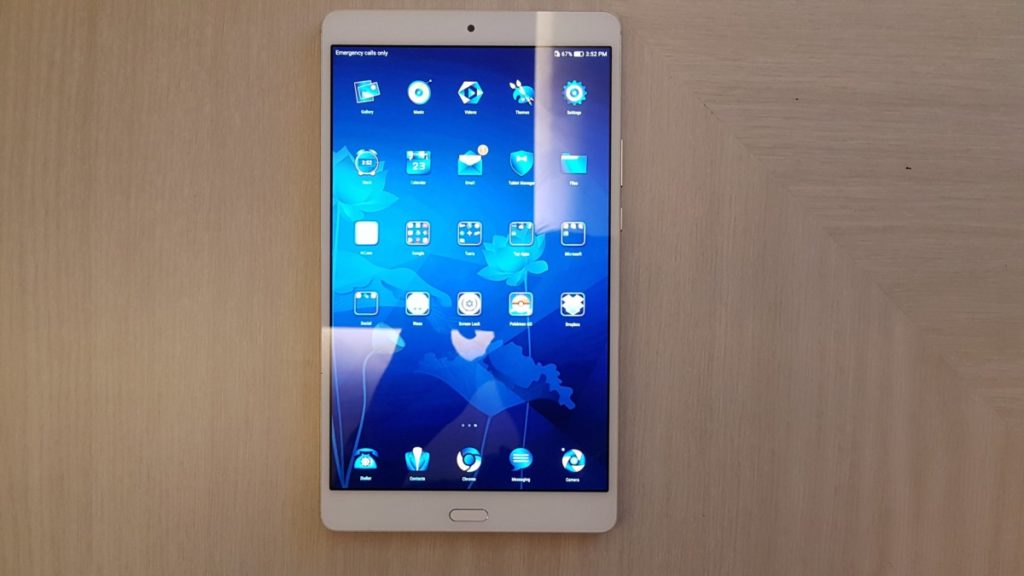 Hefty Hardware
Huawei’s latest 8.4-inch Android slate is sized to about the dimensions of an iPad Mini 4 though with better hardware and a slightly larger size to accommodate its larger 8.4-inch 359ppi display. Running Android Marshmallow 6.0, the MediaPad M3 comes with a Kirin 950 2.3GHz octacore processor, the same running on the Huawei Mate 8 phone which was constructed with the 16Nm FinFet architecture for enhanced efficiency. 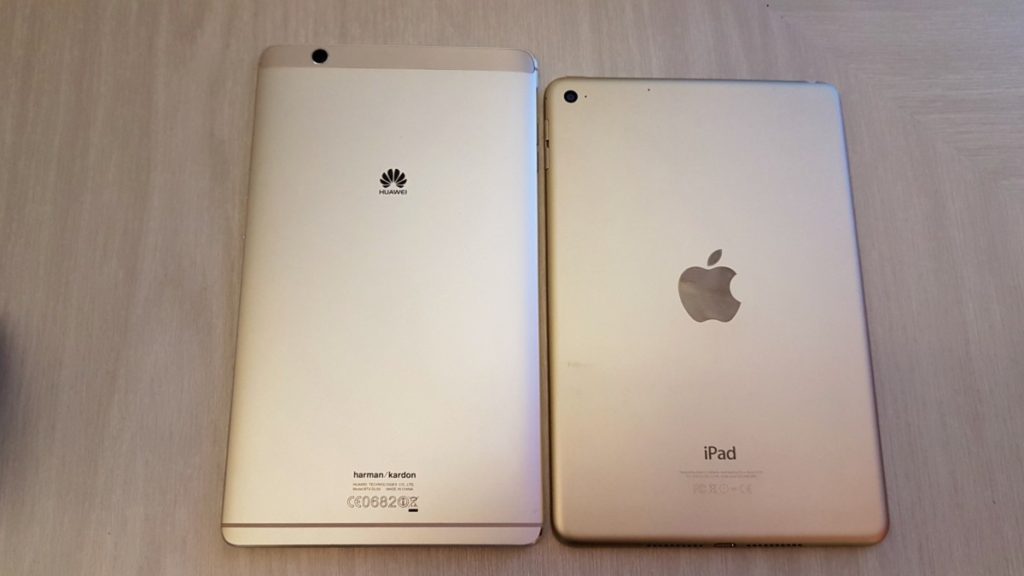 Complementing this is a generous 4GB  RAM and either 64GB or 32GB of expandable storage. A built-in hybrid SIM means that the slate can also function as an ersatz phone to make calls if needed. It also has a pair of matching front and rear 8-MP cameras, both capable of capturing 1080p video if needed. The rear camera however possesses autofocus while the front is a fixed focus camera. Other mod-cons include a fingerprint reader up front that doubles as the home button which demonstrated an impressively swift .470 millisecond unlock time. 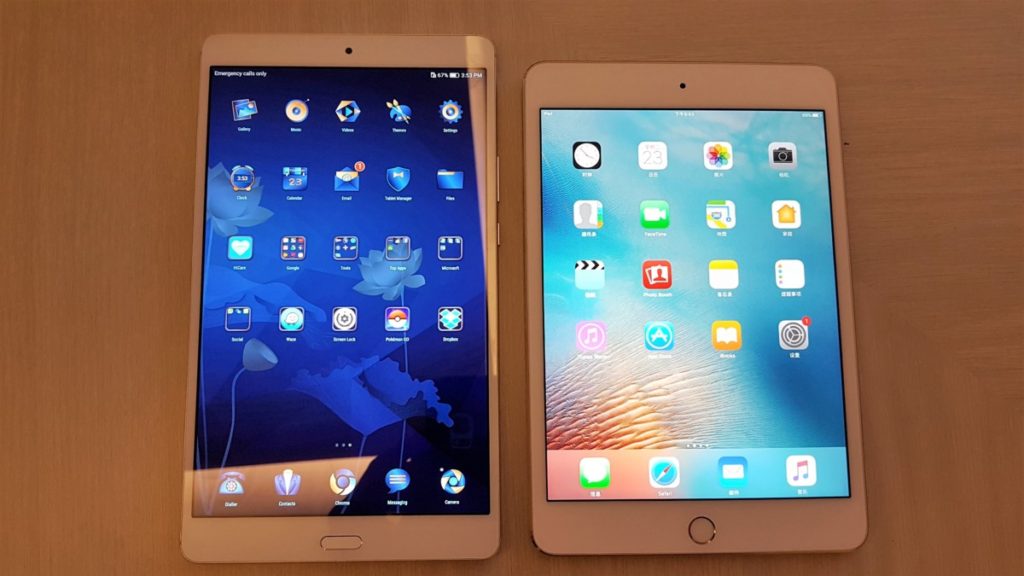 You’re able to use it as a touchpad of sorts too with swipes up and down allowing you to browse through content while a long press acts as a back key of sorts when tabbing through apps and pages. A large 5,100mAh battery keeps it juiced for a good day and a half plus of heavy use while a micro USB port allows for charging and docking when needed.

Aural Array
Rather than placing it as an afterthought, the MediaPad M3 prioritises audio quality. Most middling slates just plunk a mono speaker on one corner of the slate, mayhaps two if you’re particularly fortunate but the MediaPad M3 bolts on two hefty speakers, side mounted on each end of the tablet and also has them tuned by Harman Kardon too. It also adds in a an AK4376 Digital-to-Analogue converter chip from Asahi Kasei’s foundries for superior sound reproduction. The AK4376 has been favourably received by pundits and has seen limited but growing service in a number of phones with an audio-centric bent. 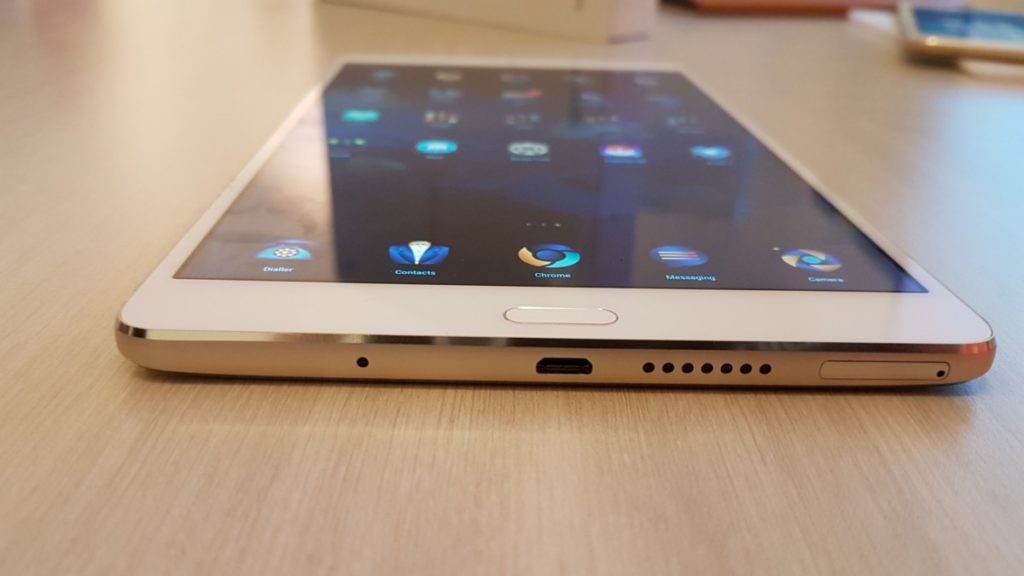 Fortunately, the MediaPad M3  doesn’t require ‘courage’ to use, as Apple sums it up and still retains a conventional 3.5mm audio jack which allows for use with a traditional pair of cans if needed. If you’re one for newer gear, it’ll still handily support Bluetooth audio playback on your favourite pair of headphones. The slate supports lossless audio including WAV and Flac file playback so music via a suitable pair of headphones promises to be a treat. 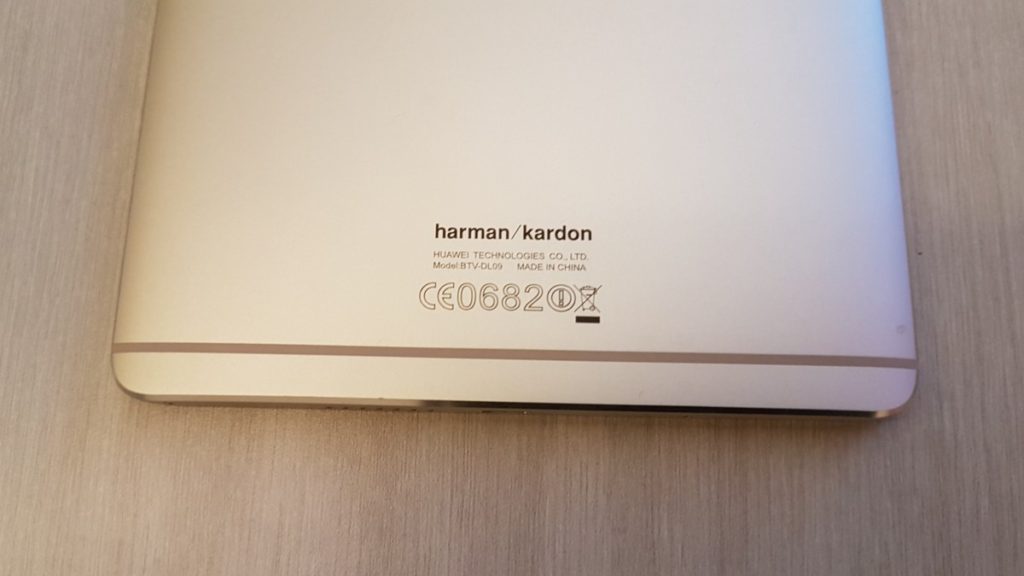 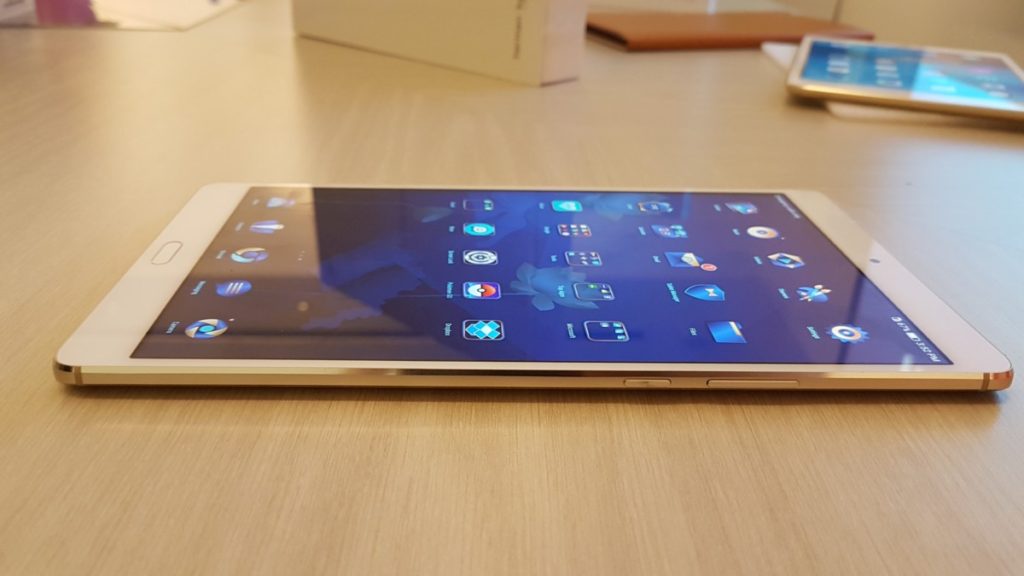 According to the boffins at Huawei, the tablet comes with Huawei’s ClariVu 3.0 imaging tech that dynamically adjusts colours onscreen to look their best. Compared to an iPad Mini 4, it has a slightly larger, sharper display. The MediaPad M3 has an 8.4-inch , 1,600 x 2560 pixel display while the iPad Mini 4 has a smaller 7.9inch 1,536 x 2,048 pixel display at 324ppi. 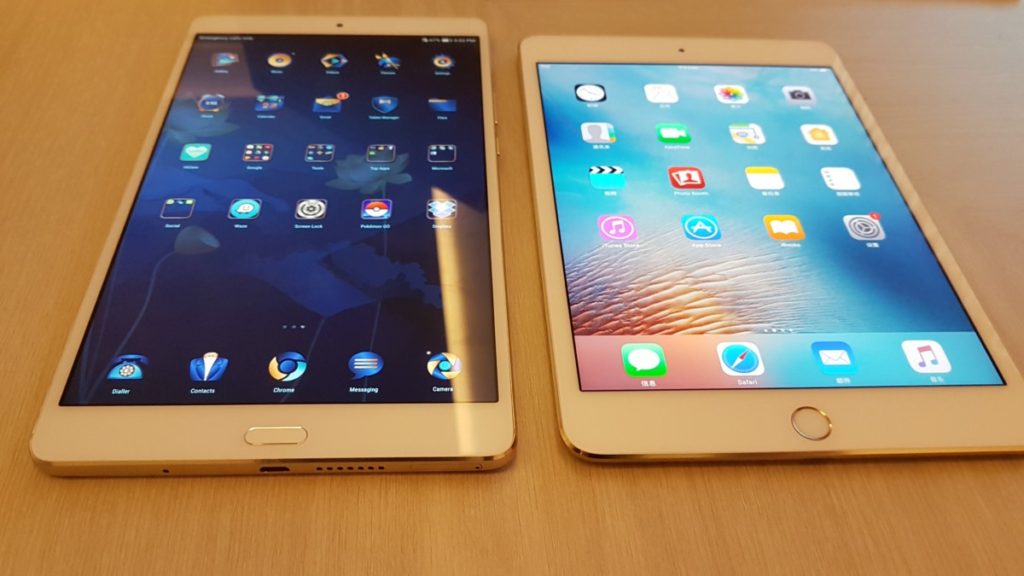 Every pixel counts and in the  media preview, Huawei demonstrated footage that displayed luscious hues oncreen with vividly coloured flowers, vibrantly deep seas and all the usual imagery you’d see at a test reel at a local telly store to impressive effect. The tablet’s Emotion UI, version 4.1 also has an option to let you tweak the warmth or coolness of the colour settings and kick in a blue light filter to minimise eye fatigue as needed. 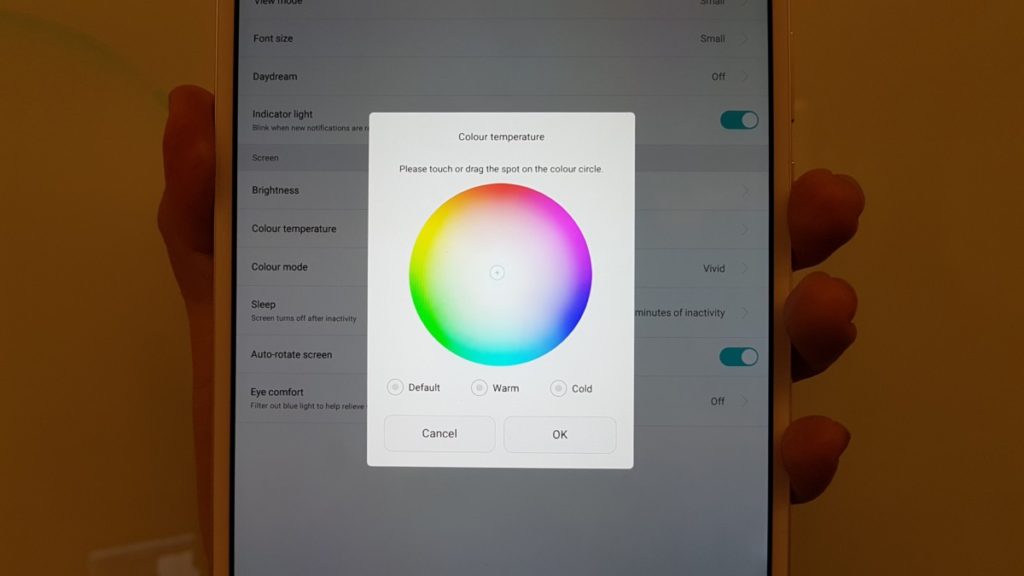