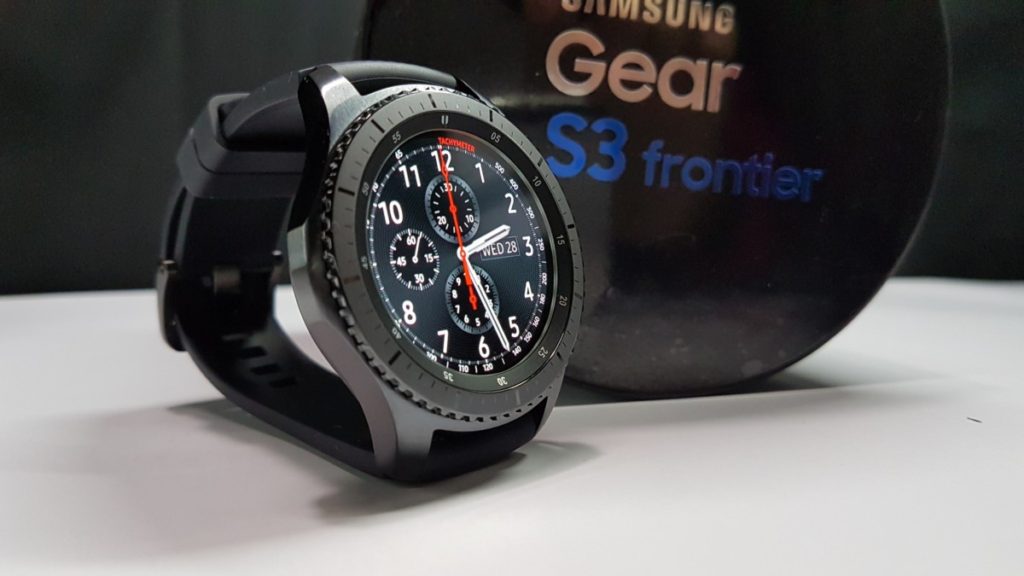 Samsung’s Gear S3 is one of the most interesting wearables in recent memory as it not only looks like a proper watch but also sports enough activity tracking hardware to make it well worth your time to use it as your primary timepiece. 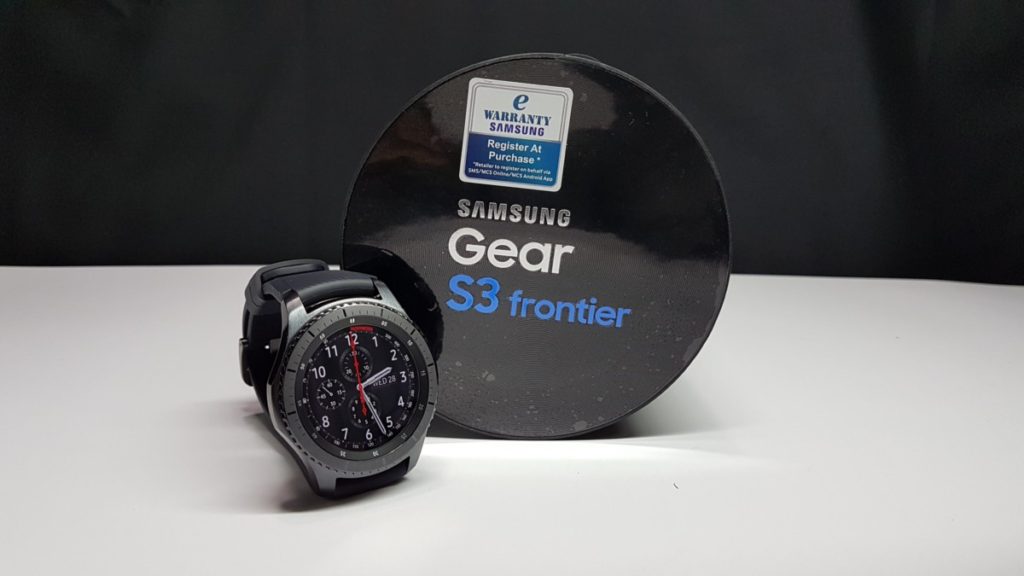 The watch itself comes in a classy looking cylindrical case with a security seal. Cracking the seal open reveals the Gear S3 itself sitting in its magnetic wireless charging dock. Just beneath it is a USB charging cable along with an additional free strap sized for smaller wrists.

If you’re fortunate enough to score the limited edition version that is available in Malaysia, you’ll get a bonus of extra two straps of different aesthetic design as well as a jeweler’s box to store the watch alongside two other timepieces. 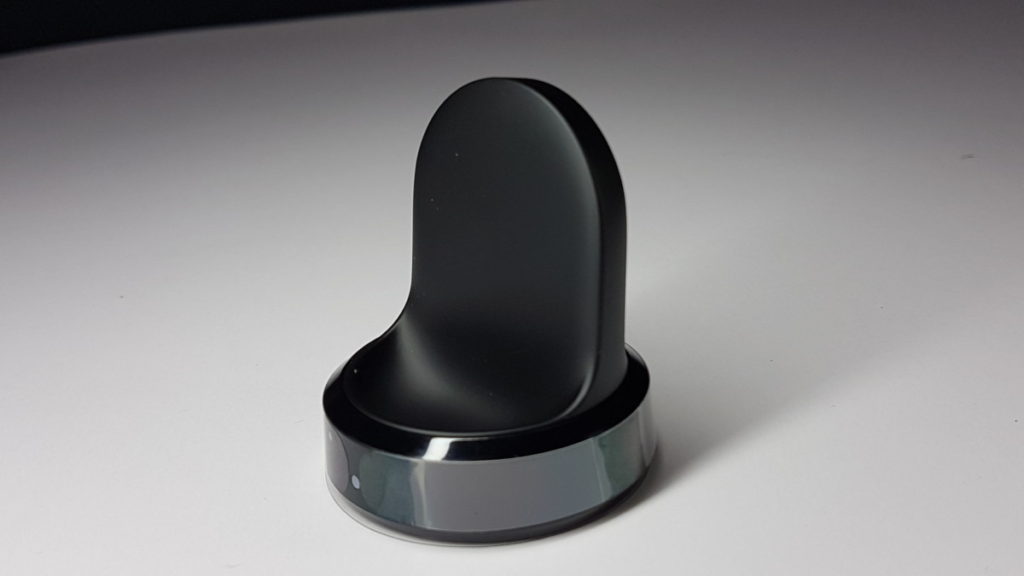 The charging dock bears somewhat of a resembles to a matte black tombstone of sorts and the Gear S3 neatly latches on to it when charging with a satisfying click. The base of the dock itself comes with a microUSB port so you can park it onto a USB charger. The Gear S3 itself has no other way to charge it so if you lose the dock itself, you’re alas up the creek with no paddle unless you order in a replacement. 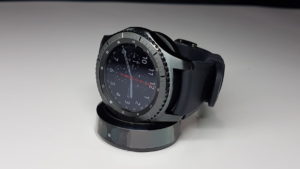 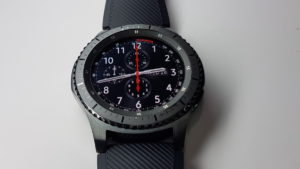 The Gear S3 Frontier has a rugged, manly look about it with looks akin to a real watch

Externally, the Gear S3 Frontier comes with a 1.3-inch Super AMOLED touchscreen with a crisp 278ppi. You’re able to opt for it to turn on when you hold your wrist up to save on battery power or ensure that the display is always on. 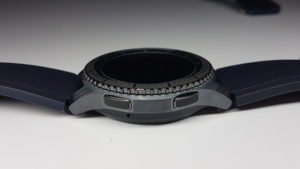 The two buttons, touchscreen and rotating bezel are the main means of interacting with the Gear S3 Frontier

Surrounding the watch face is a rotating bezel with a satisfying clickiness about it that also acts as part of the user interface along with two watch buttons at the 1 o’clock and 5 o’clock positions on the watch face inset into the side of the Gear S3. The underside of the watch comes with a heart rate monitor.

The watch casing of the Gear S3 Frontier is machined from 316L stainless steel and comes in a two-toned brushed steel finish that makes it look like a proper watch, one that looks suitably top-shelf indeed. That’s no surprise seeing as Samsung has roped in renowned Swiss watch designer Yvan Arpa to create both the Classic and Frontier. 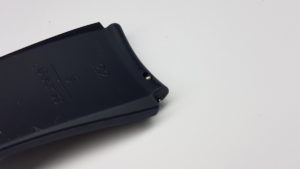 What elevates the Gear S3 over its peers on the aesthetic front is that it uses standardised 22mm straps. This means that you can use almost any other watch strap in the market and swap out the original pair to suit your fancy if you so choose rather than being locked in. Where it really tops the competition is that the whole affair is rated to water and dust resistant to the tune of an IP68 rating so it’s actually able to survive daily use without having it coddled like a Faberge egg.

All this has resulted in a timepiece that is easily one of the best looking we’ve seen yet in the market and has quite a few practical design features to boot. On looks alone, the Gear S3’s appearance more than matches its lofty price tag. The only quibble with the design is that it may be a wee bit too large for those with small hands but that’s petty nitpicking. We’ll regale you more on how it fares when we take it around the block for a spin. 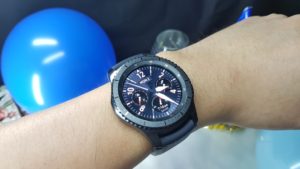