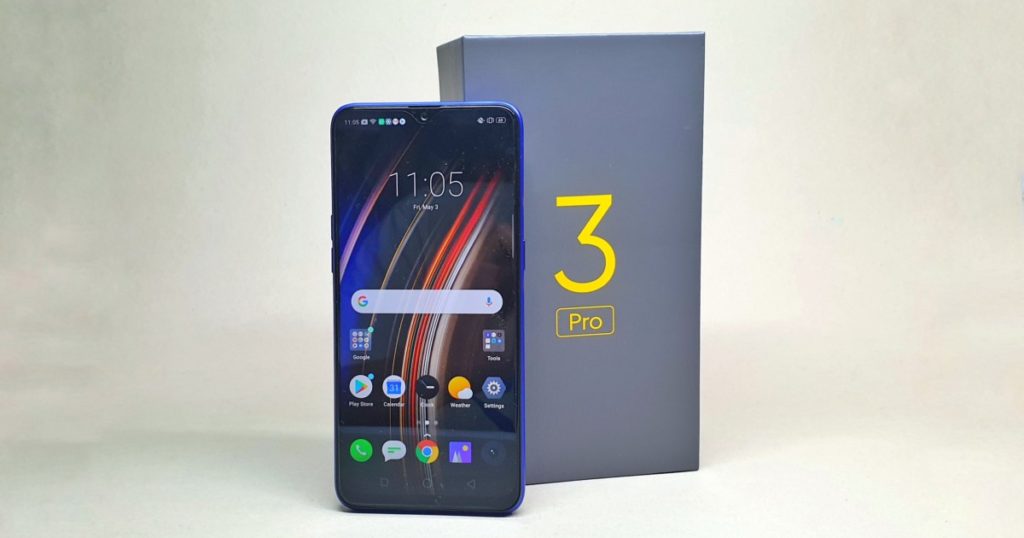 As a brand, Realme is perhaps the newest contender in the local Malaysia market as they have established a presence just last year but they’ve been making significant inroads since then with a combination of very agreeable prices combined with solid hardware in the form of a host of affordable midrange phones. Now, Realme is looking to take a step up with a more premium model with better hardware all around dubbed the Realme 3 Pro.

As you’d likely surmise from the name, the Realme 3 Pro is the best phone that Realme has in their current line-up with a slated launch date of 14 May with two possible storage configurations and two colour variants in Malaysia with 4GB RAM/64GB storage and 6GB RAM/128GB storage as well as the choice of either a Nitro Blue or Lightning Purple finish with a Carbon Grey one slated for later arrival in the coming months. Our test unit came in the highest specced version and in the aforementioned Nitro Blue finish. 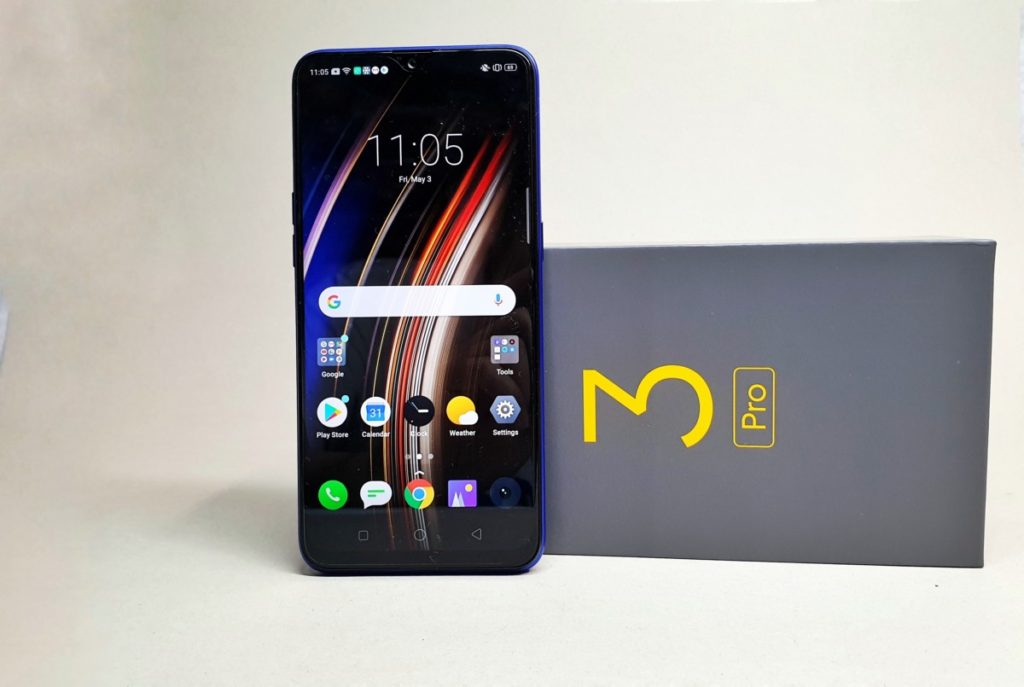 In terms of packaging, the Realme 3 Pro comes in the brand’s characteristic hazard stripe yellow and dark gray finish with the product name emblazoned in yellow font on the front and sides.

Pop the box open and you’re greeting with top-shelf packaging that’s the match of any tier 1 brand in the market. The phone itself is protected in a snug plastic sleeve. Just below it in a compact cardboard tray is a soft TPU casing and most important of all, a Realme fast charge cable and associated VOOC flash charger to take advantage of the Realme 3 Pro’s VOOC Flash Charge 3.0 tech that can potentially charge its massive 4,045 mAh battery to 50% in just 30 minutes. 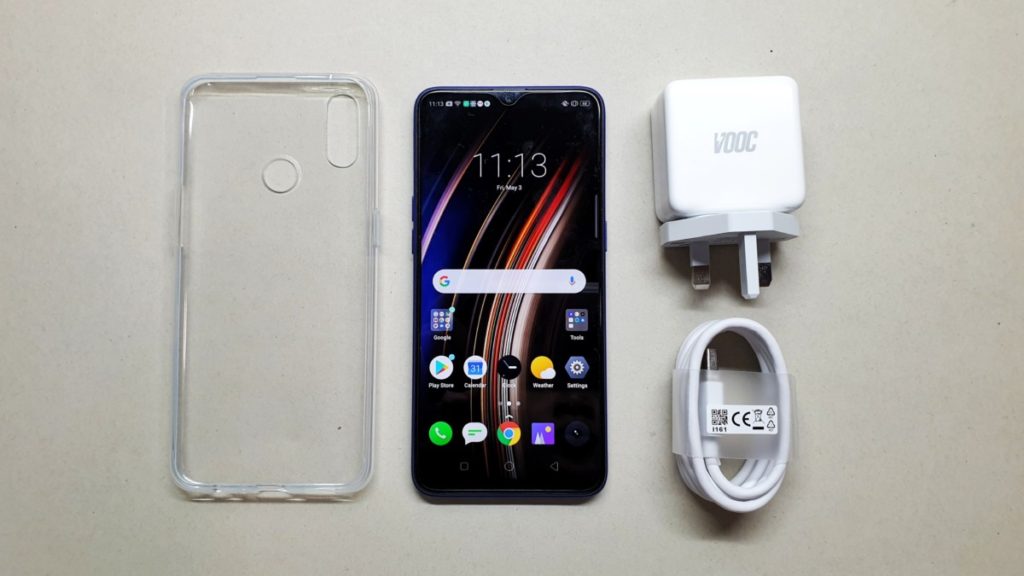 Unlike a conventional USB cable, the one that comes with the Realme 3 Pro is unique for the fact that it has yellow tips on the micro USB and USB Type A connectors. The VOOC Flash charger itself has similarly yellow tip in the USB port along with 5V/4A charging capabilities compliant with the Realme 3 Pro’s VOOC Flash Charge 3.0 tech. Both are needed for the phone’s VOOC Flash Charge to kick in or it’ll just charge at normal speeds. While it doesn’t pack a pair of headphones, that’s a minor quibble as Realme also sells a line-up of very affordable earbuds on their online portals. 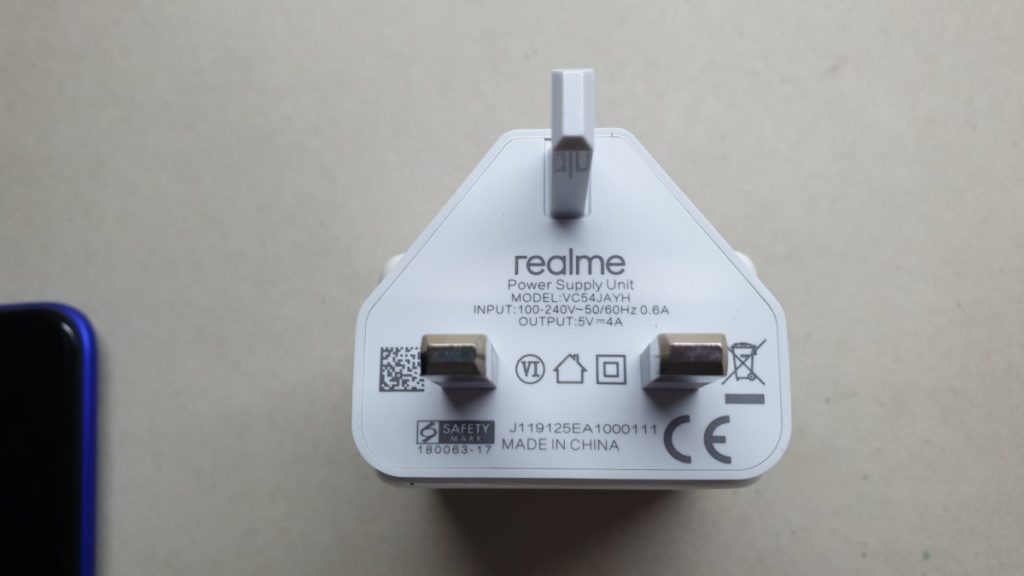 The fact that it comes with a bundled compatible VOOC flash charger and cable along with a TPU casing, both admittedly hard to find in the open market, means you can already make the most out of the Realme 3 Pro straight out of the box without having to chunk significantly more for a casing or having to hunt for an elusive compatible charger that takes full advantage of the phone’s VOOC flash charging capabilities. 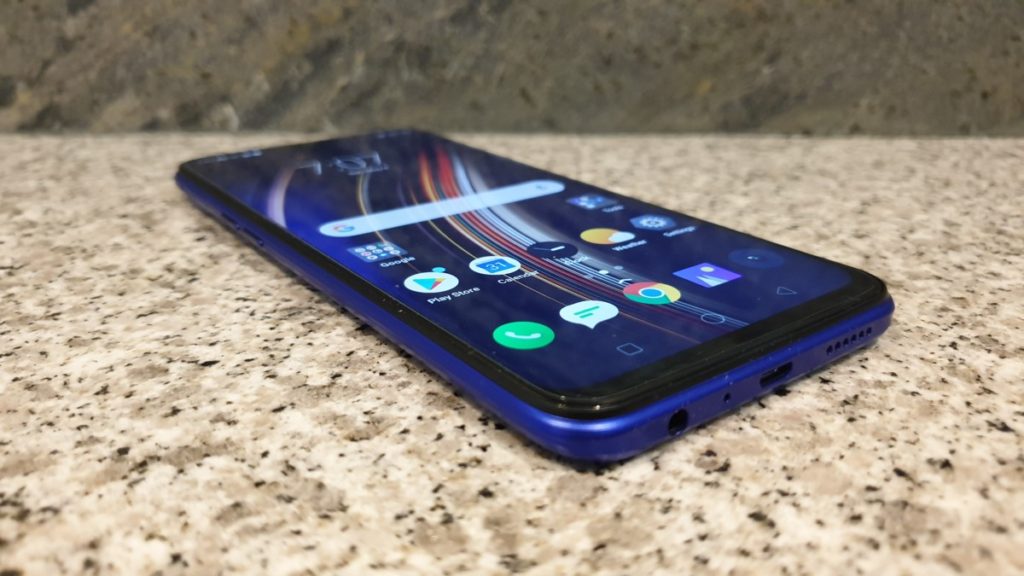 Externally, the Realme 3 Pro is impressively engineered for its price point. While the official Malaysia price has yet to be revealed, it has already been launched in India with a price point that hovers around the circa RM800-RM1,000 mark depending on configuration. 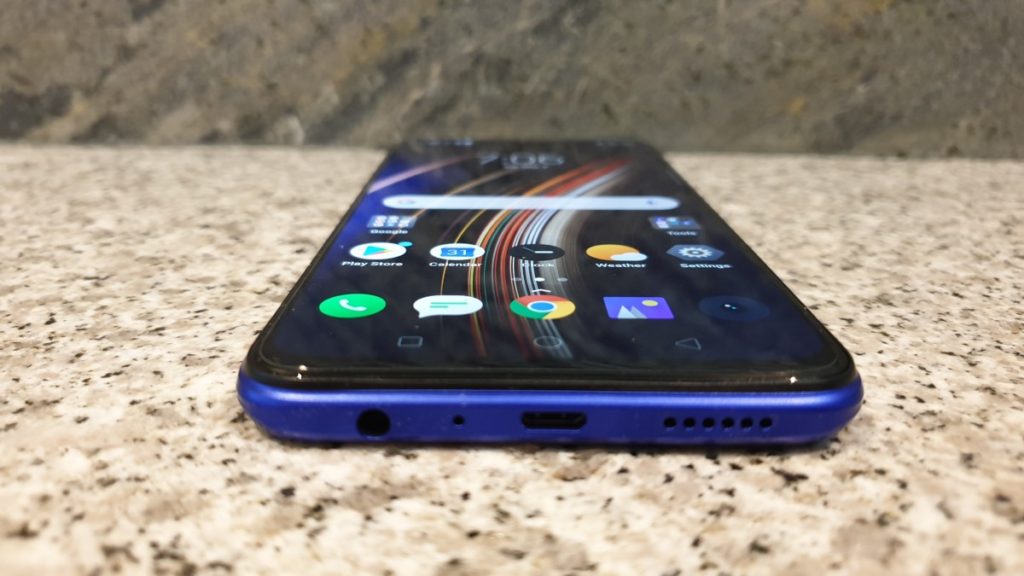 The backplate is an interesting affair with gentle curves around the sides to make it ergonomically easier to grasp one handed and it does the job in an admirable, making it a pleasant affair to grasp and easier to fish out of a pocket without snagging on anything.

The Realme 3 Pro and its slick Speedway finish defined

In keeping with its emphasis on speed, the Realme 3 Pro has a rather unique aesthetic to its mirrored gradient finish. When held up to the light, you can see a unique reflective S-shaped pattern akin to a race track of sorts running throughout the backplate that is inspired by curves of the eponymous Lemans race track as a testament to speed.

Our test unit’s Lightning Blue finish certainly looked the business with a posh look that can match any flagship phone. Unfortunately, the finish is also a fingerprint magnet but that’s neatly solved by putting on the provided TPU casing. 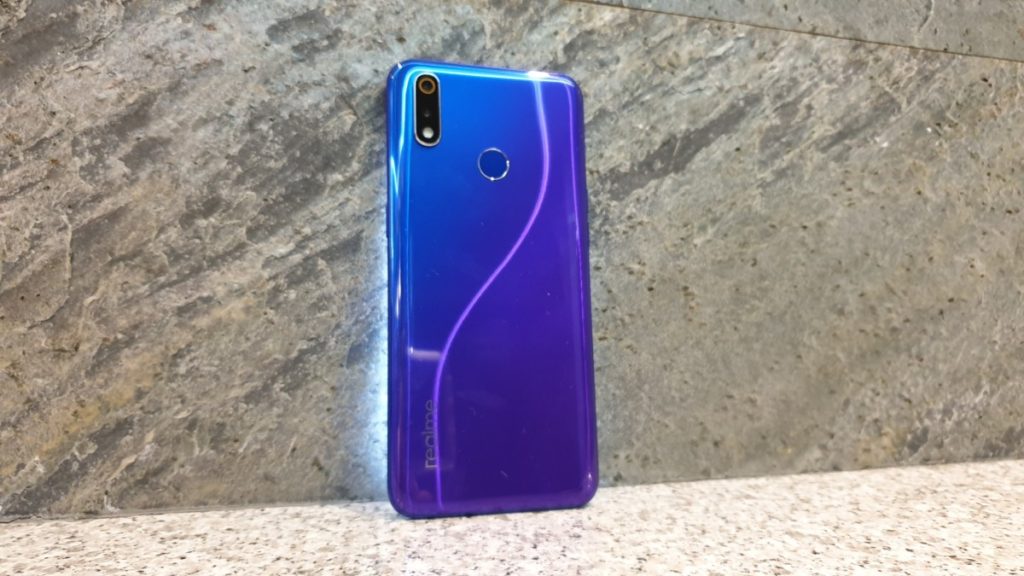 Perched up in the upper left quadrant of the phone is the Realme 3 Pro’s vaunted dual camera array (16-MP+5-MP) which uses Sony’s flagship IMX 519 sensor and which offers several modes that aren’t usually prevalent in sub RM1,500 phones including a unique Super Nightscape capture mode for low light shots of scenic vistas after dusk and, notably, 4K video capture. The rear camera is also capable of stacking 8 shots into one to create massive 64-MP sized photos brimming with detail. Check out some of these low light shots taken with the Realme 3 Pro’s rear camera. 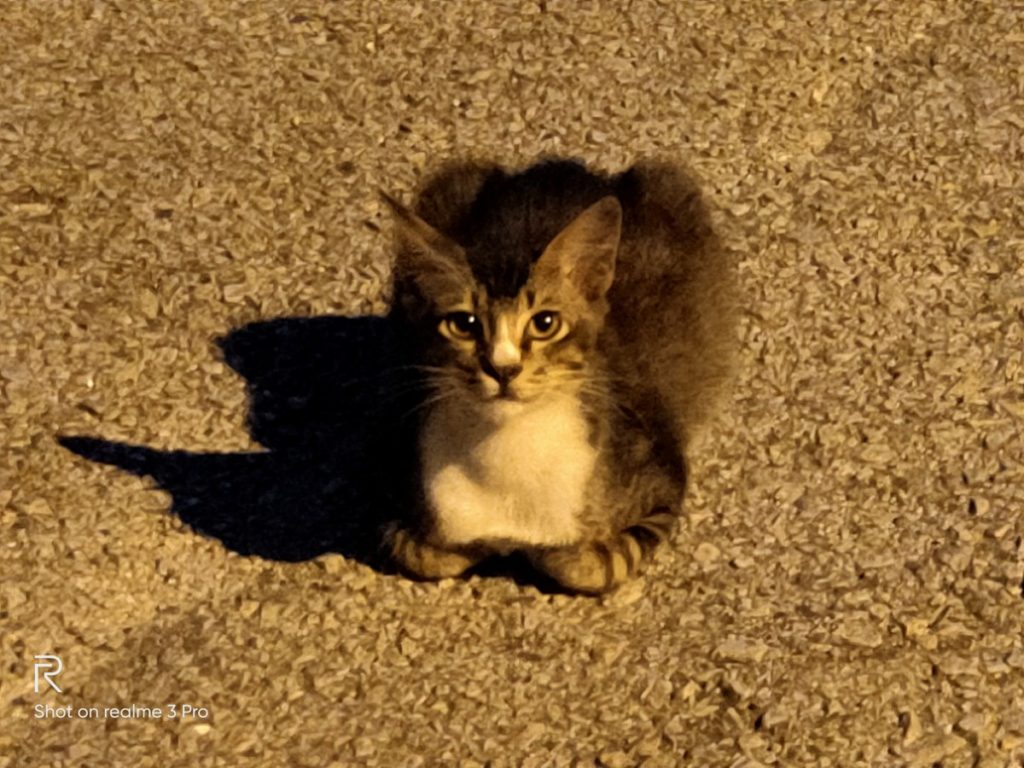 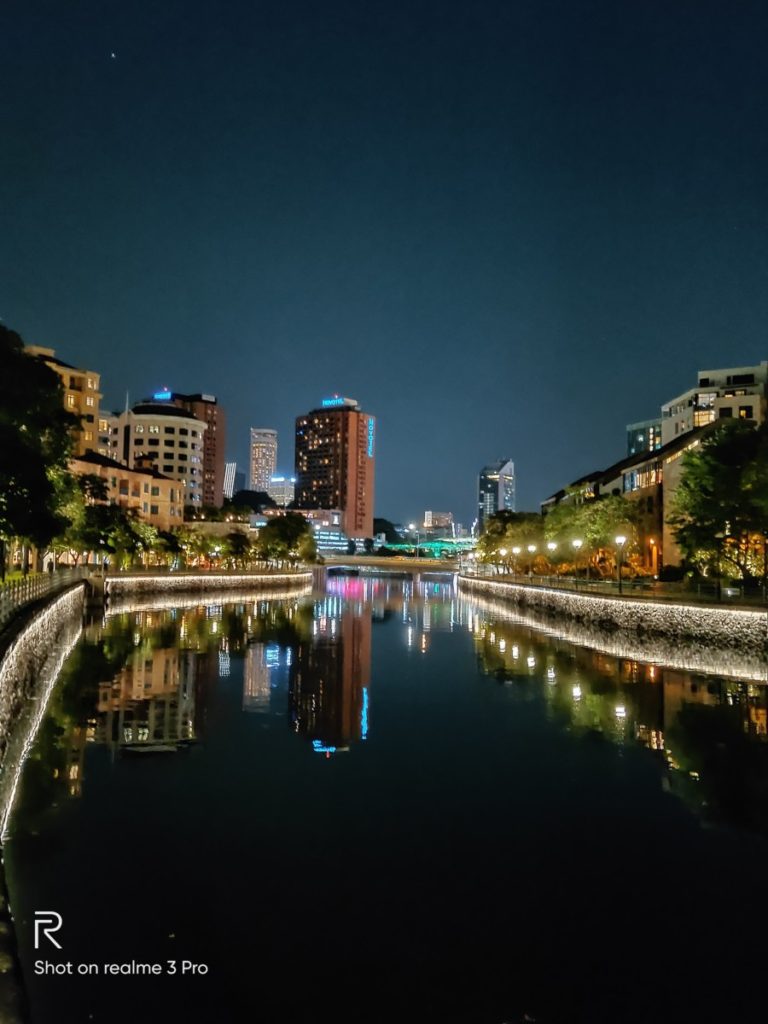 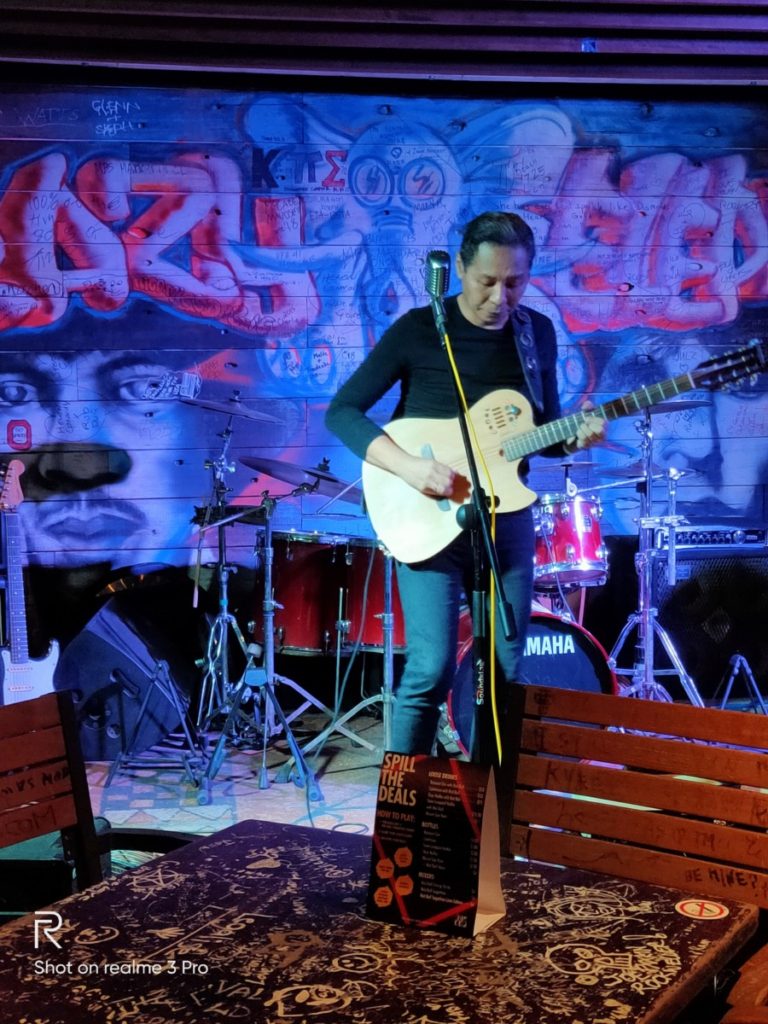 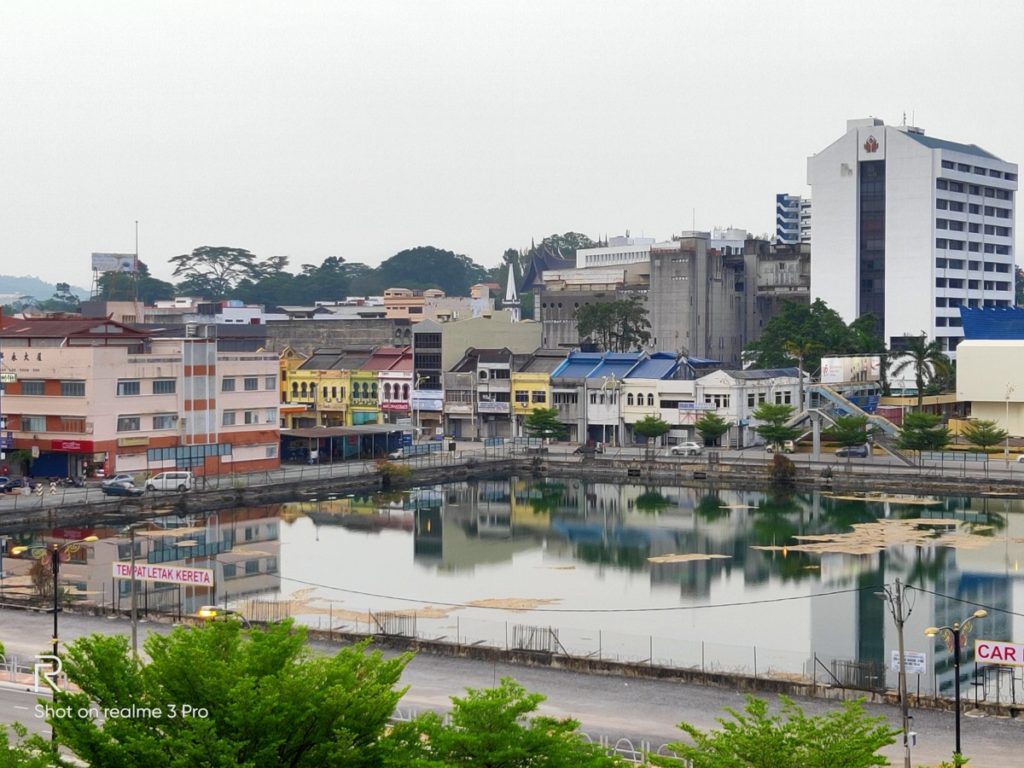 The biggest takeaway though is that the rear camera is able to capture 960FPS slo-mo video though this hasn’t been introduced on our test unit yet but will be available later on via a software update on the Realme 3 Pro. 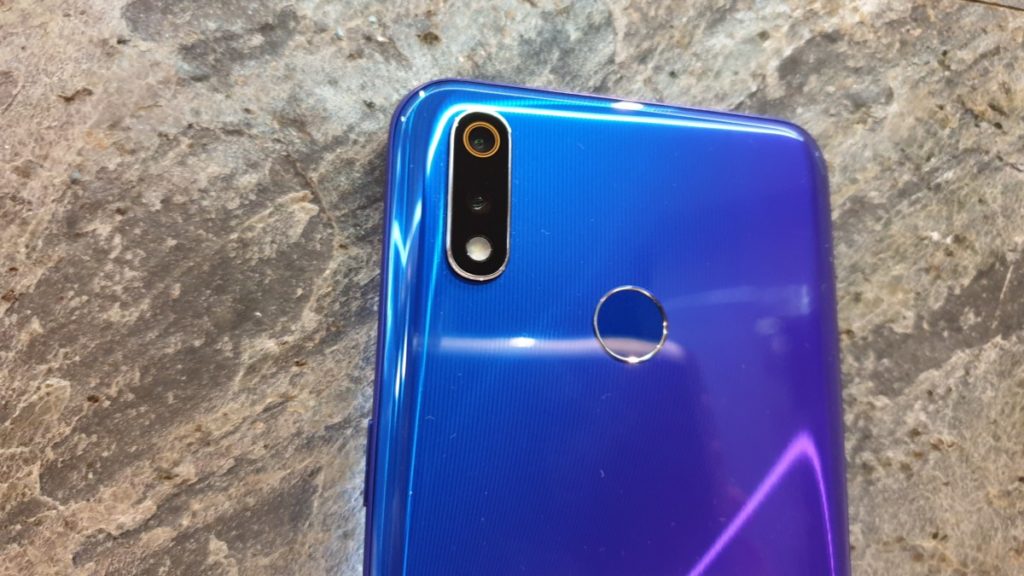 Up front, the Realme 3 Pro has a generously sized 6.3-inch FHD+ resolution display with a waterdrop notch up top for the 25-MP selfie camera. Both front and rear cameras also use AI scene recognition to offer better looking shots by optimising settings for best results. 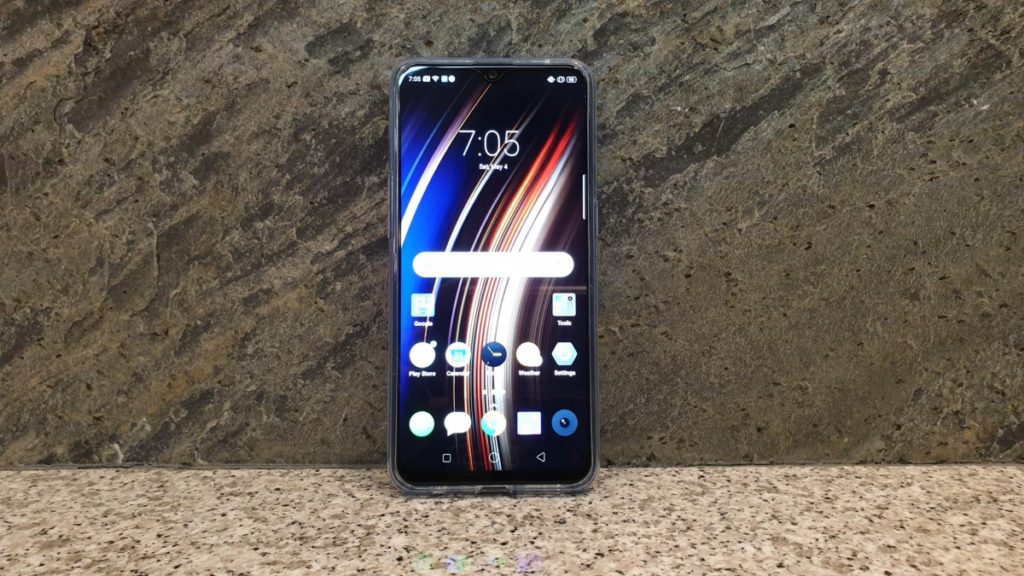 The hardware running under the hood looks extremely promising with a Snapdragon 710 octacore built on a 10nm FinFET process paired with an Adreno 616 GPU running the latest Android Pie 9.0 out of the box. What make the Realme 3 Pro a step above the rest is that it is one of the first phones eligible to run the Android Q beta, which is the next successor to Android Pie.

So how much does the Realme 3 Pro cost?

There’s not long now to wait as Realme will be officially revealing the price tomorrow on 14 May 2019 for both storage variants of the Realme 3 Pro as well as any upcoming goodies to come with it. Needless to say, the prices were leaked by a third party seller with Satu Gadget accepting preorders on their Facebook page and essentially leaking the prices for the Realme 3 Pro in Malaysia ahead of launch. To wit, the 4GB RAM/64GB version will retail at RM899 while the higher end 6GB RAM/128GB version will retail at RM1,099. The phones all come with a one year warranty at authorised Realme Service centres nationwide. At this price point, the Realme 3 Pro looks like a very compelling proposition indeed. 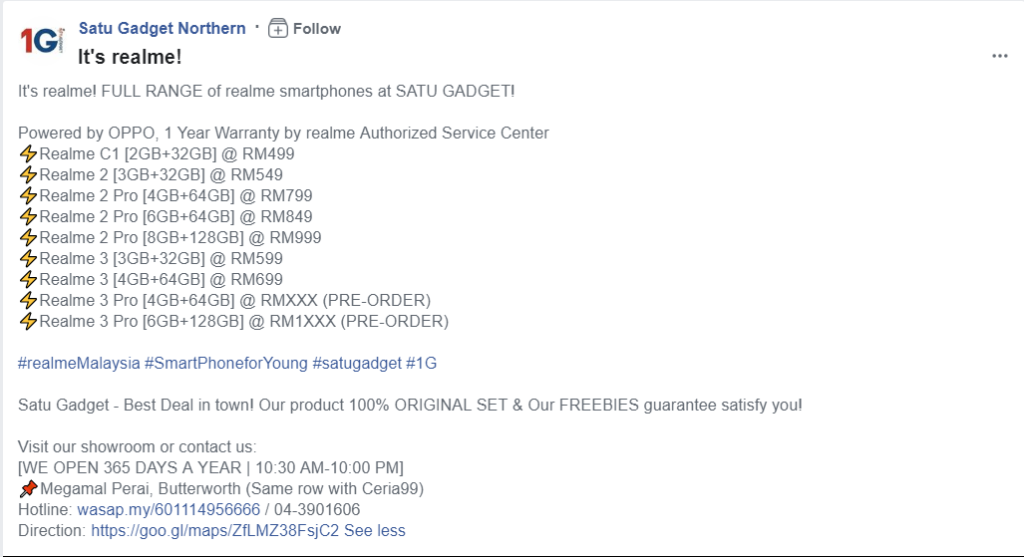 Stay tuned for more details and follow www.hitechcentury.com for the latest news on Realme as well as our upcoming Realme 3 Pro review where we put their latest wunderkind through its paces. 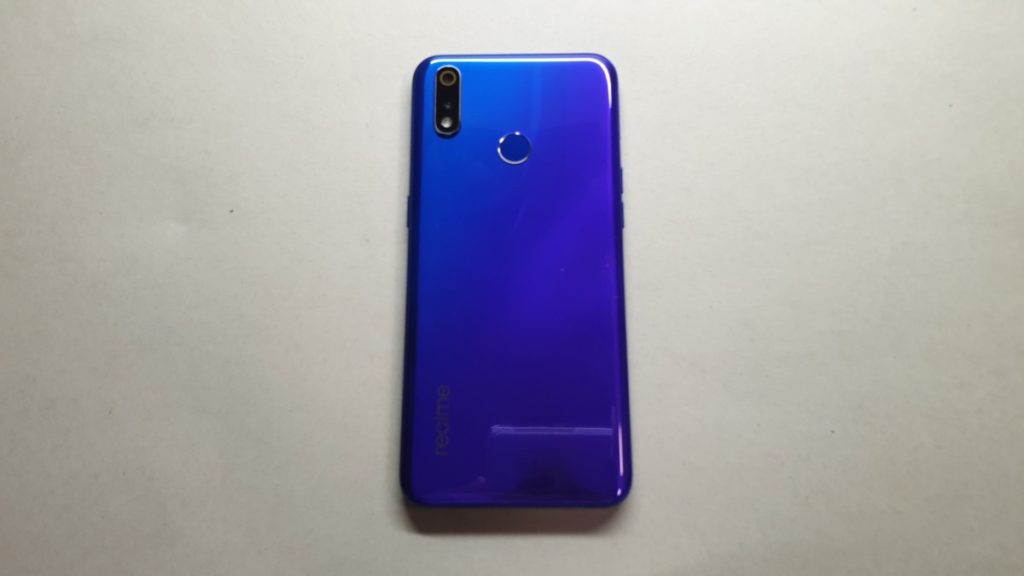