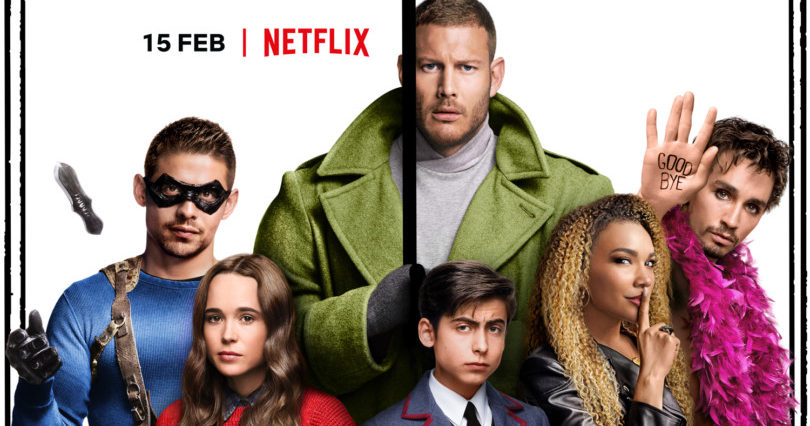 Out from the nigh infinite cornucopia of content that is Netflix is a new superhero series based on a Dark Horse Comics series by Gerard Way and Gabriel Bá. While the term Umbrella Academy might instantly draw association with a large fictitious multinational specialising in pharmaceuticals and zombies, the show is anything but and is a superhero show turned upside down and inside out.

The premise is that 43 women around the world suddenly and mysteriously become pregnant and give birth to children in a matter of minutes in a bizarre act of immaculate conception. Seven of these babies are adopted by an eccentric billionaire called Sir Reginald Hargreeves. Unfortunately, what he has in riches he kind of botches in parenting and he calls the kids numbers from One to Seven rather than actual names. Each of these kids, as his hunch has proven, have superpowers.

Fast forward almost two decades later and Reginald has just only recently pushed up daisies and his now adult adopted (and estranged children) all gather for the first time in years to mourn him and find out just what has happened. This is only the beginning as a bunch of other naturally sinister plots are kicked off in the background and suspicion rises if Reginald’s demise was natural or ‘assisted’. Well, we know what we’ll be doing this coming weekend. Catch more details on The Umbrella Academy on netflix.com/umbrellaacademy