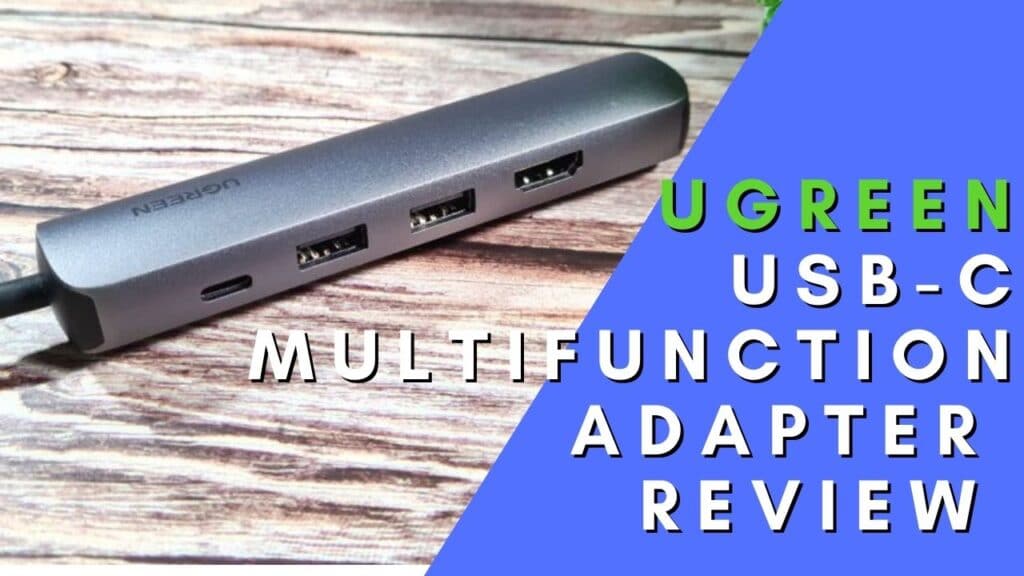 Technology, as a rule, generally improves in a positive fashion but one unfortunate compromise with every new generation of slimmer and lighter laptops is that with it also comes a marked reduction in both the number and variety of ports available which is where accessories like UGREEN’s USB-C Multifunction adapter come into the picture.

Accessories typically get short shrift but seeing the fact that the average ultraportable laptop these days has less ports than you can count even on one hand, it’s becoming less of an accessory and more of a necessity. 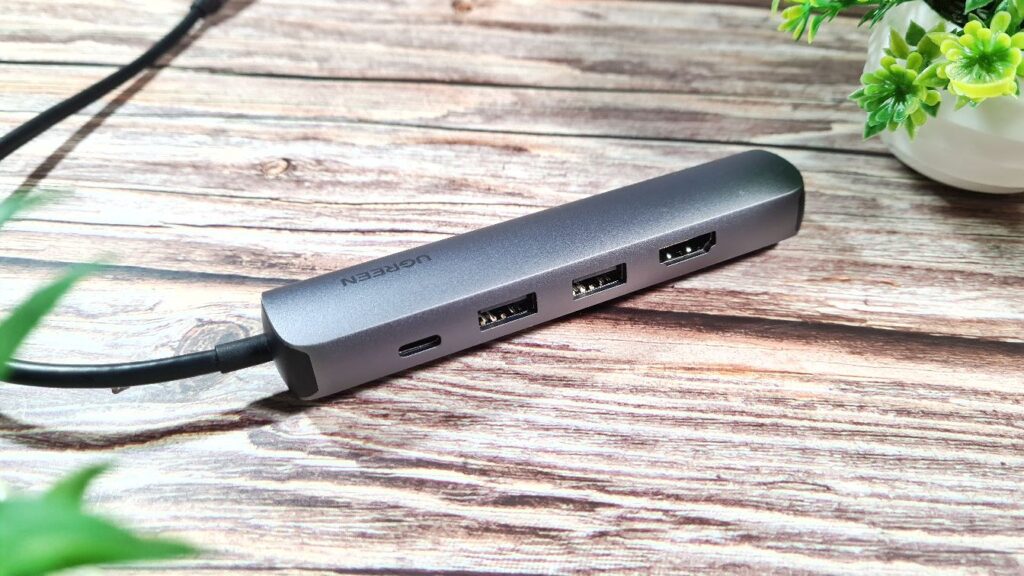 The UGREEN USB-C Multifunction adapter comes in a sturdy cardboard box with the item itself protected in a plastic tray along with a quick start guide. There isn’t much else bundled with the product but it’s simplicity is its strength and it’s ready to use straight out of the box. 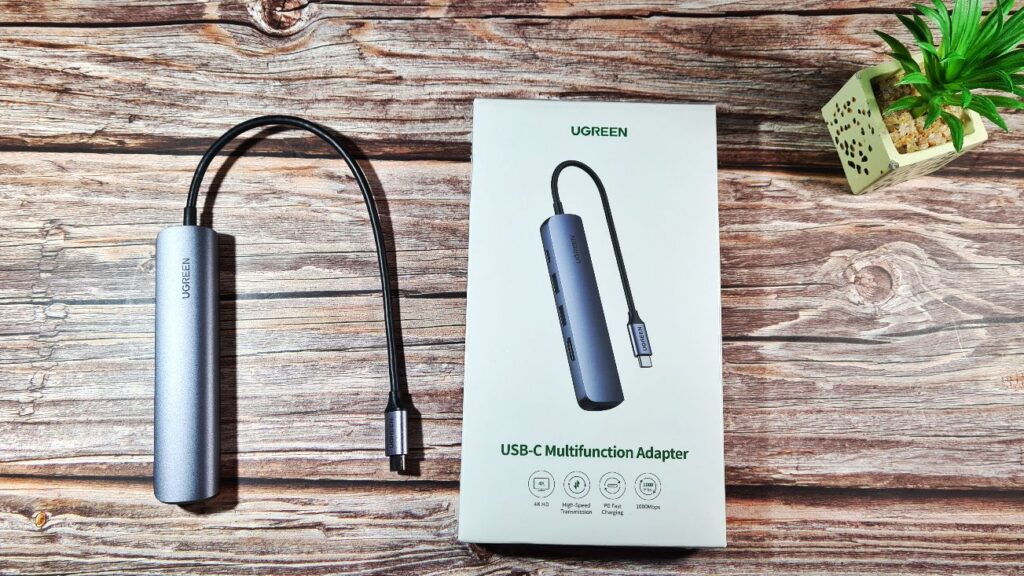 The USB-C Multifunction adapter  is a port extended with one end that terminates in a male  USB-C port suitable for docking onto a female USB-C port on either a laptop or a phone. There’s a short cable from there sheathed in plastic that extends to the actual adapter itself

Unfortunately the cable itself is rather plasticky and there are concerns over its longevity seeing our hot and humid weather here but it has so far proved to be rather durable over the course of the last few weeks of usage.

The extender is made primarily of light aluminium with multiple sports spaced around. One end has an RJ-45 ethernet port. Spread along one side is a HDMI port capable of outputting video up to 4K@30hz display. 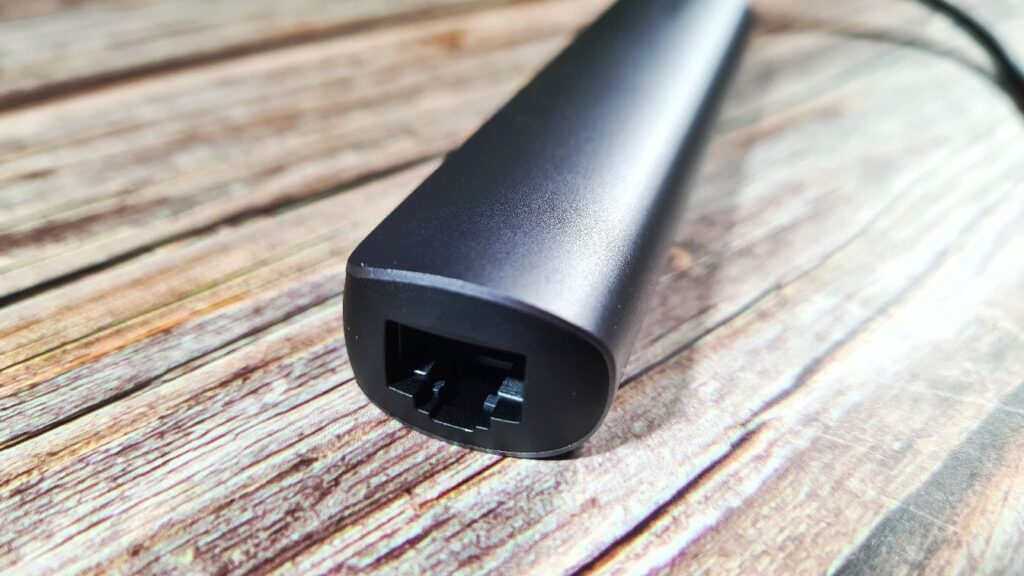 Next to it are a pair of USB 3.0 ports that are capable of charging and data transfer duties up to  5Gbps. Last but not least is a USB-C port though it’s only capable of charging duties rated to support Power Delivery up to 100W on paper. Overall build quality looks and feels sturdy with the cable being the only possible Achilles heel. 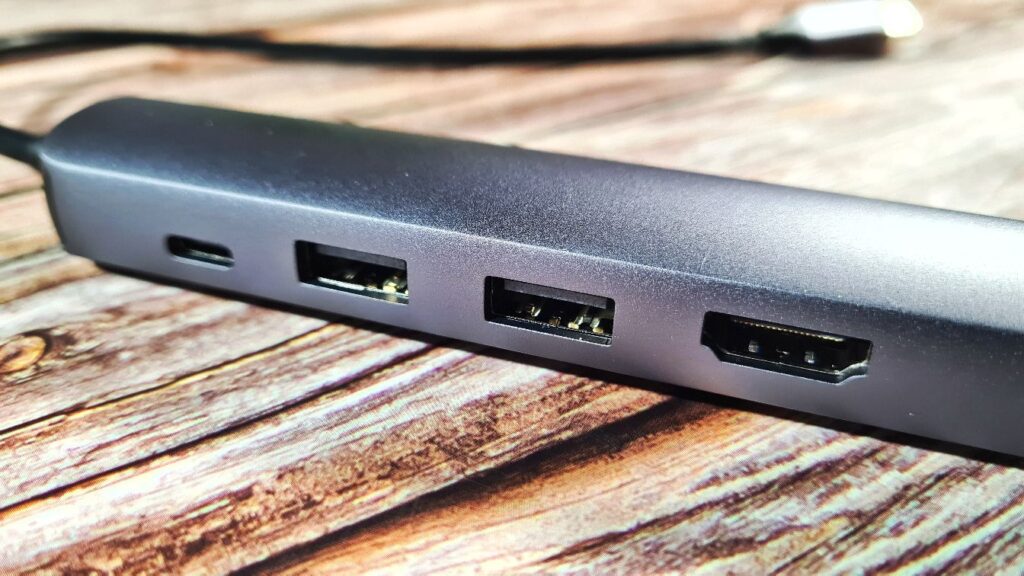 The UGREEN USB-C Multifunction adapter was tested with a Dell XPS 13 ultraportable of recent vintage which lacks USB-A ports entirely and has a trio of USB-C ports.

We also tested both USB-A ports on the UGREEN USB-C Multifunction adapter with data transfer duties and managed to hook up a portable hard drive and flash drives without issue.

The USB-C port is relegated to charging duties only and was able to charge a power bank and a phone. The extender portion does get rather warm with extended use over a few hours but it doesn’t seem to affect performance even after repeated usage over the last few weeks.

The HDMI port worked as advertised and was able to output to a 1080P monitor we had in the test lab. The ethernet port also worked well without any connectivity issues. 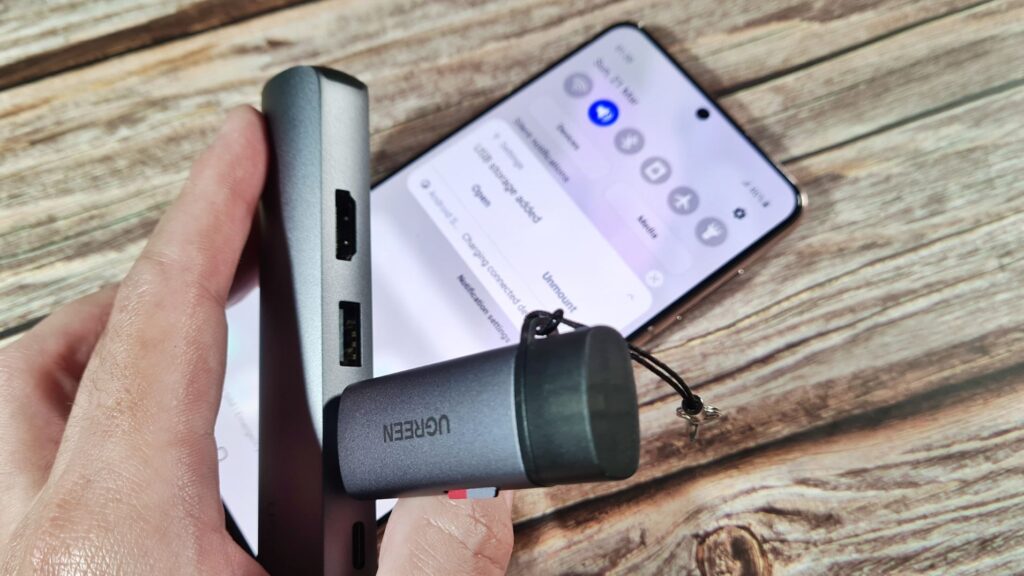 The adapter also works well with smartphones too. We tested it with a Samsung Galaxy S21 with the same testing protocols and it worked perfectly which grants you extra versatility when using your smartphone.

The ethernet port gives you wired connectivity on your phone, as bizarre as that sounds. The USB-A 3.0 ports let us hook up a mouse, a keyboard and read data off flash drives without issue.

Needless to say, the USB-C charging port when docked to a phone is a moot point as you’d need a phone that can offer reverse charging for it to work and it’d be a last ditch option if you lost your cables. 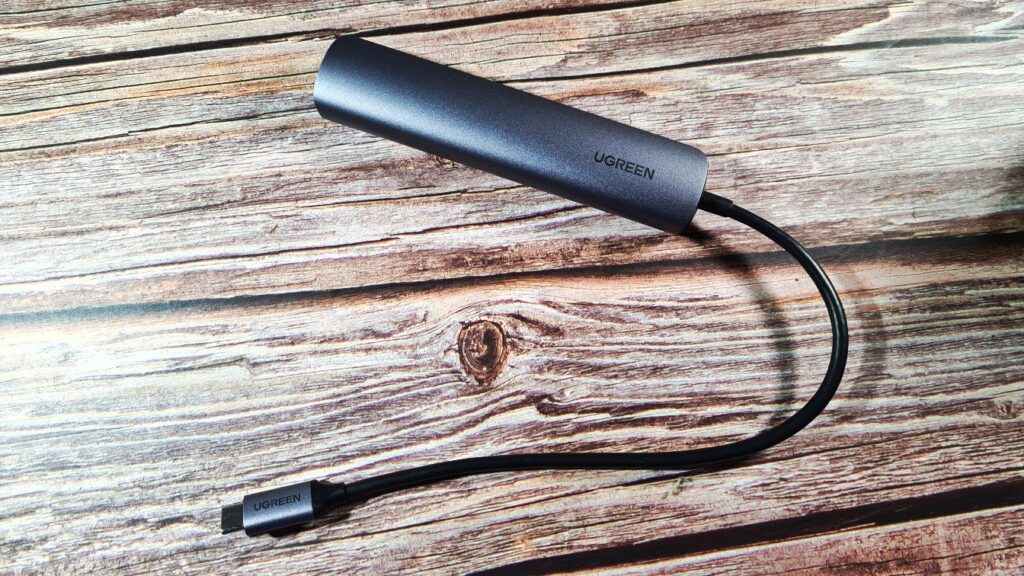 Is the UGREEN USB-C Multifunction adapter worth buying?

If you’re in need of a port expander, the UGREEN USB-C Multifunction adapter won’t disappoint with its well built and sturdy design  that lets you plug in additional peripherals to your laptop even if it lacks the ports to do so. Its lightness and portability also makes it an easy addition to your daily carry for work.

It also proves to be a useful accessory for smartphone owners looking to transfer data off their phone with flash drives or attach peripherals in the rare case that it’d have a desktop mode like Samsung DeX.

Review unit courtesy of UGREEN. Available for purchase on Shopee

If you’re in need of a port expander, the UGREEN USB-C Multifunction adapter won’t disappoint with its well built and sturdy design  that lets you plug in additional peripherals to your laptop in an efficient fashion.

Useful for phones and laptops

A longer and fabric braided USB cable would have been nice

No data transfer on USB-C port