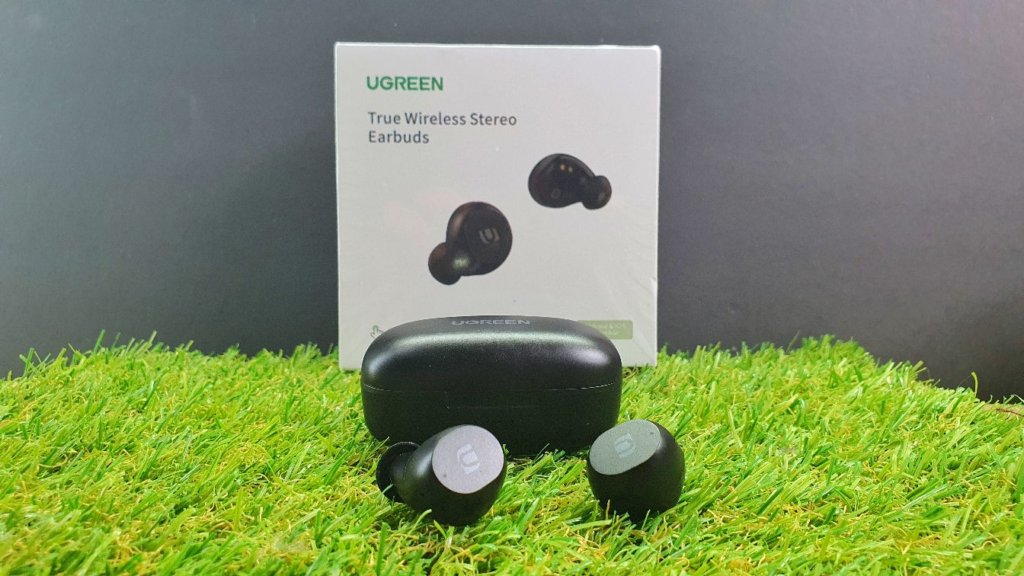 Back in the day, wireless headphones were an exceptionally pricey affair but time, the wonders of mass production and sheer competition have made them vastly more affordable which the UGREEN True Wireless Stereo WS102 earbuds would attest to as they cost just RM120 and bring in some surprisingly good sound for what you pay for.

For a limited time until the end of July, you can get it at an 18% discount with voucher code UGRE0703B that’s valid until 31st July 2020 on their online Shopee store.

The packaging is understated in keeping with UGREEN’s prior offerings with a plain white box and an image of the earbuds up front.

Pop it open and you’ll find the UGREEN True Wireless Stereo WS102 earbuds nestled in a plastic tray along with the usual user manual, a short USB Type-A-to-micro-USB cable to charge the earbuds and two pairs of replacement silicone earbuds in medium and large sizes to customise the fit. It’s somewhat basic but covers all the bases. 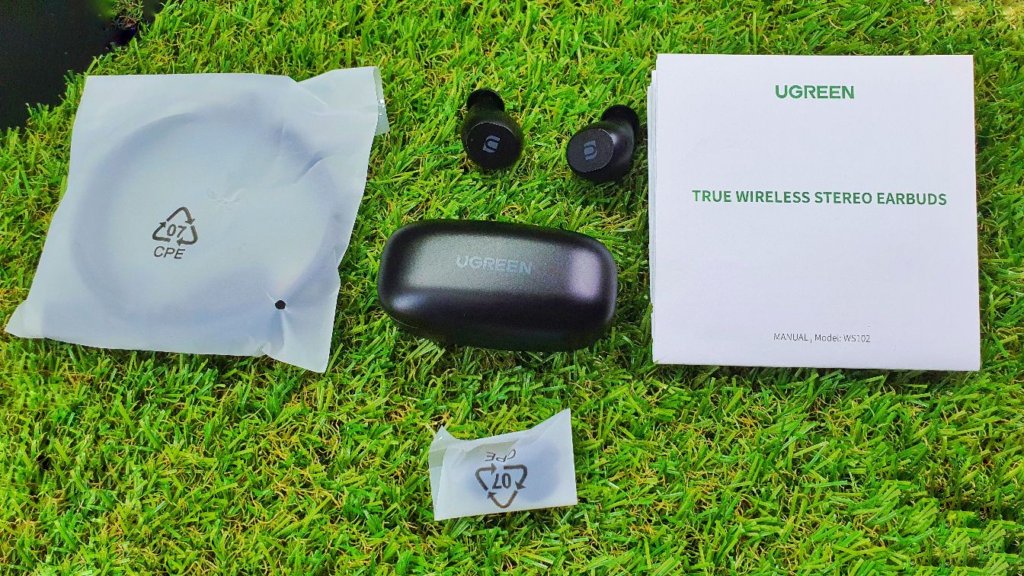 Externally, the UGREEN True Wireless Earbuds come in a lozenge shaped charging case that proves to be rather compact with smooth, rounded edges all around that make it very pocketable.

The finish comes only in matte black with the UGREEN logo emblazoned in white on the top. The front comes with a slight indentation for easier one-handed opening along with a series of four small LEDs to indicate remaining battery life in the charging case in 25% increments. The rear of the case comes with an increasingly quaint microUSB port to charge it. 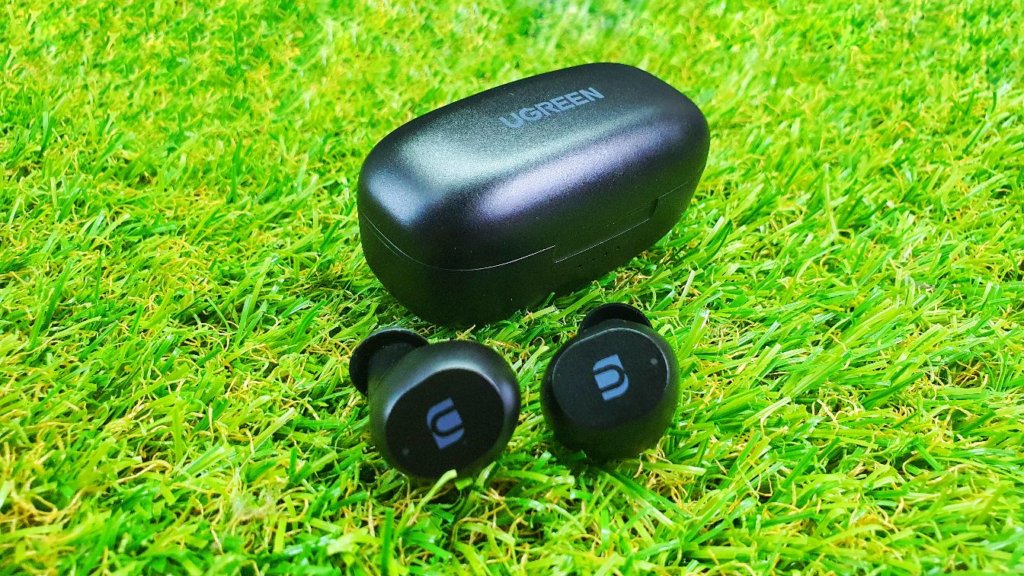 Opening the case one-handed is very manageable with a satisfying click on opening and closing. Popping it open reveals the earbuds, each nestled in its own charging cradle.

The earbuds are also all done up in matte black with the Ugreen logo up top that acts as a set of touch sensitive controls and silicone ear tips to provide a measure of passive noise cancelling. The  touch sensitive surfaces control playback via a series of taps on either ear bud.

Our test unit came out of the box with the smallest pair of silicone earbuds available though you will likely need to swap them out and test the other provided pairs to ensure you get a good sound seal when you place it in your ears. We found the best fit with the largest ear buds.

We found the silicone ear tips serviceable and reasonably comfortable but a bit on the shallow side so you’ll need to seat them a bit deeper into your ears for best results. Both the earbuds and the charging case are IPX5 rated so they’ll survive sweat as well as the occasional splash of water though you won’t be able to take them into a pool or the shower.

The overall build quality is fair for what you pay for though the casing itself feels a bit plasticky, which is apparent in the hinge mechanism which has a very slight bit of lateral wobble but it’s not something you’ll encounter in day to day use as it’s otherwise fairly sturdy. It’s also extremely light and compact enough that you can easily toss it in your pocket or handbag without it snagging on a bunch of keys or whatnot.

Getting the UGREEN TWS WS102 earbuds up and running is a relatively simple task. It pairs up in seconds via Bluetooth 5.0 to our laptop and our Galaxy Note10 with one active profile at a time. Once paired up with a device, the earbuds automatically turn on and are paired with the selected device once you remove them from the case.

The controls are straightforward and are mirrored on both earbuds. A single tap pauses playback and also lets you answer or end a call. A double tap moves forwards to a new track with a triple tap moving you one track back. A long press lets you reject a call or activate a voice assistant of your choice.

There are also basic voice prompts in a clipped English accent to let you know if the earbuds are on, are turned off, are paired or if they are running low on battery power. 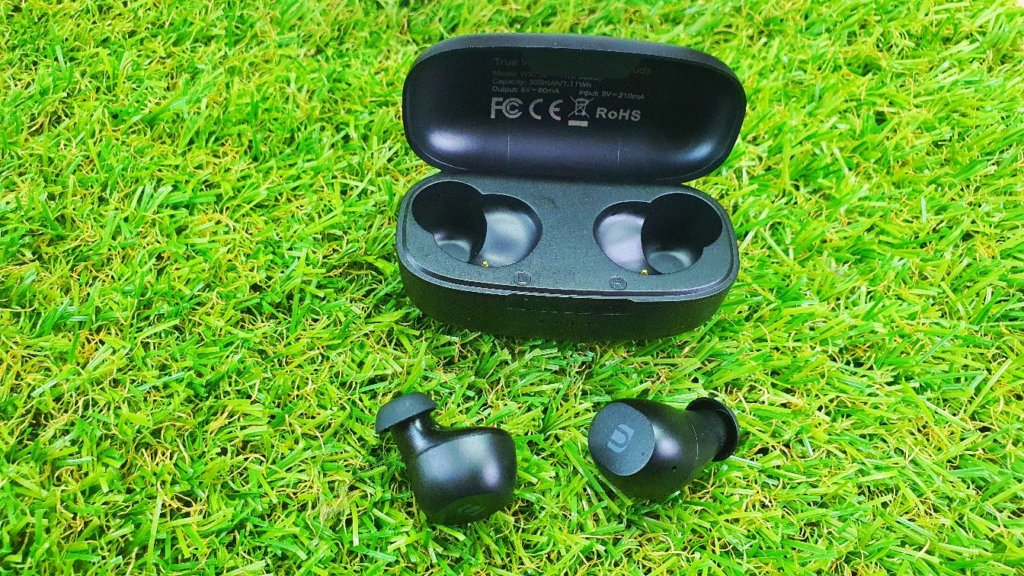 Intended for general purpose listening, the UGREEN TWS WS102’s sport 6mm drivers in each earbud and lack active noise cancelling tech. They rely on a good passive seal from the provided silicone earbuds.

Pink Floyd’s ‘Time’ can give any earbud a workout with an intricate and demanding sound stage that occurs in the first minute of the song and the WS102 handled it with distinct left and right sound separation though there wasn’t much depth to the sound stage.

In the live version of The Eagle’s ‘Hotel California’, trebles were handled well with each guitar note coming off relatively clear while Bear McCreacry’s ‘Prelude to War’ and its complicated taiko drum suit served up pretty good bass though the more intricate sections seemed a bit muddled.

In terms of handling vocals we put it through our usual vocalist tracks from Joanna Wang with ‘Vincent’ and Norah Jones’ ‘Sunrise’. In general, the WS102 handles vocals in a fair fashion though clarity could be better and the aforementioned sound staging made it feel less lively than we’re used to and rather flat.

For gaming duties, the UGREEN True Wireless Stereo Earbuds handled the demanding battlefields of Call of Duty Mobile in a very competent fashion with callouts, gunfire and footsteps all sounding distinct with good directional audio. In terms of call quality, it was serviceable but the lack of ANC means you’ll need to take calls in quieter environments. 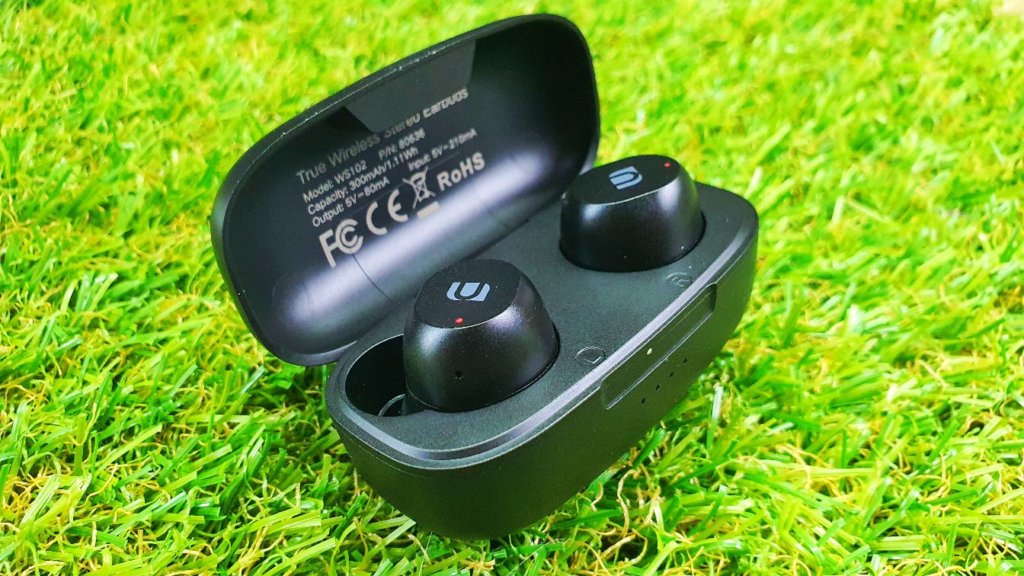 On paper, the UGREEN TWS WS102 ear buds offer 5 hours of listening time with an additional 10 hours with the charging case which is about 2 more charges for a grand total of 15 hours of listening time. As an interesting side bonus, either earbud can be used individually on its own and this setup lets you take maximum advantage of the mirrored controls while eking out extra battery life.

In terms of battery life, the UGREEN True Wireless Stereo Earbuds WS102 was able to achieve endurance times close to its quoted limits.

UGREEN’s latest pair of true wireless earbuds offer good battery life and fair performance for general listening duties at a very reasonable price tag lower than many competitors; at RM120 it’s low enough that it’s worth skipping five or six coffees at Starbucks to acquire one without undue pain to your pocket.

It naturally won’t beat headphones from specialist audio brands but it can capably tackle many in its price range and then some.