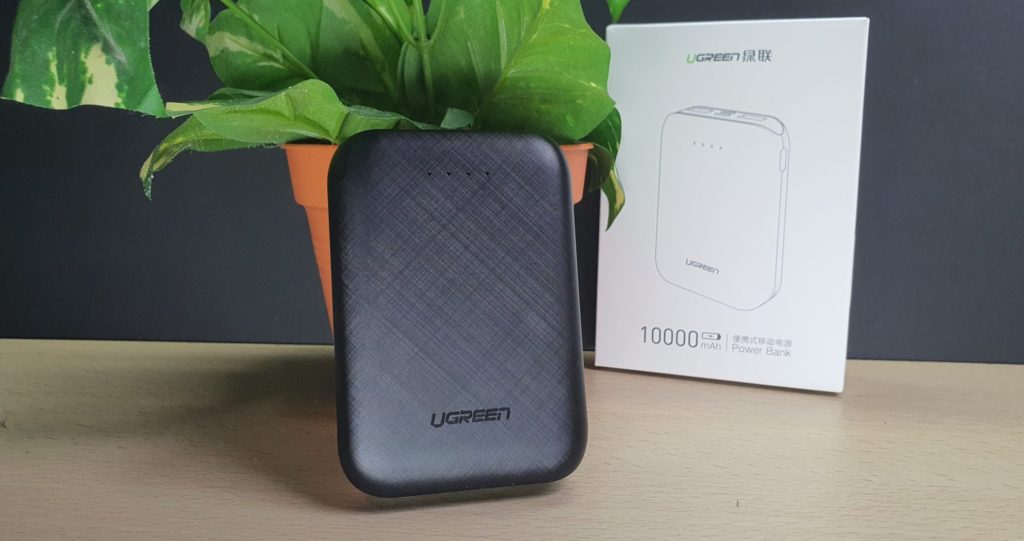 Next to a smartphone, a power bank is usually something you never leave home without these days seeing how the average phone these days tends to guzzle juice like lobsters at a freeflow seafood buffet. They also tend to cost a pretty penny but UGreen’s PB133 power bank looks set on offering significant charging capacity without costing an arm and a leg.

Depending on where you buy it and if it’s on special, the UGreen PB133 tends to retail for under RM50 though we got ours for about RM36 not including shipping via UGreen’s official online Malaysia store on Shopee. They also have a special discount code available that offers a 10% discount which knocks the price down even more. Just apply the code UGRE0617A when you’re purchasing it on their official Shopee store. 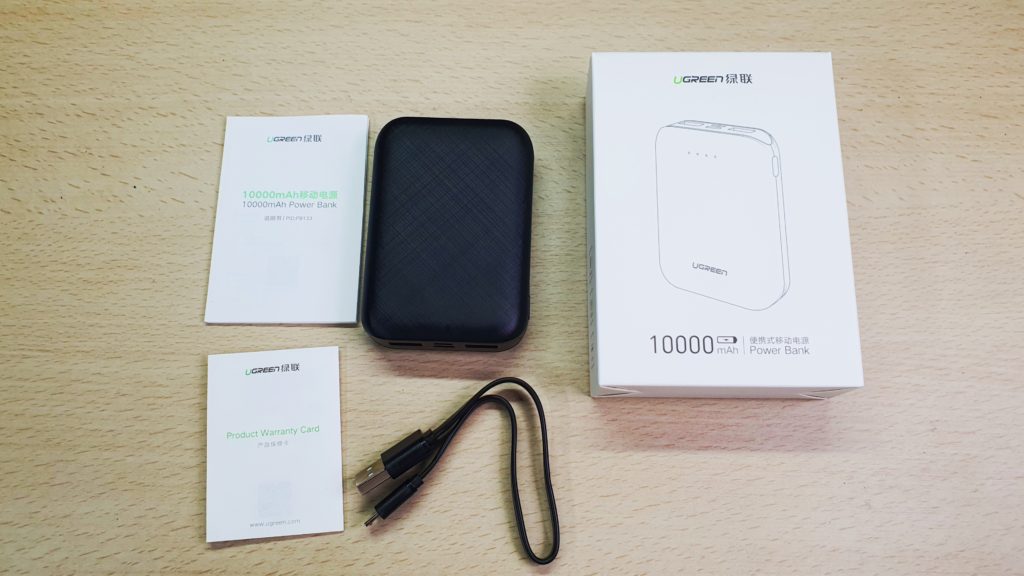 While the brand doesn’t have a physical presence in Malaysia, they’ve made a name for themselves as purveyors of affordable accessories including docks, cables and the like.

In terms of build and design, the PB133 has the dimensions of a hefty cigarette pack with rounded corners and edges to make it easier to grip. The sides have a slightly knurled texture as well to prevent it from slipping in your hands with one end having a series of LED lights to indicate remaining power while a side-mounted power button rides shotgun. At 4 dots, it’s at 75-100% capacity which decreases in 25% increments as you drain juice from the battery with 2 LEDs indicating the 25-50% mark and so on until you drain it dry. 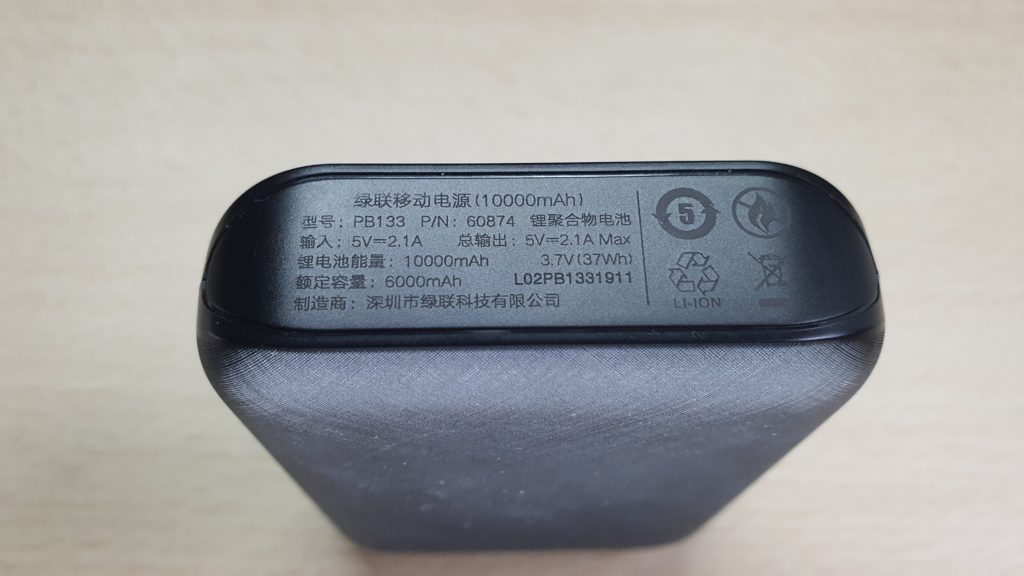 To charge the 10,000mAh battery you have the option to do so via a microUSB port or a USB Type C port. Output is via two USB Type-A ports with one having 5V/2.1A output while the other is 5V/1.0A for smaller devices. These two ports are able to charge most devices in current service today but understandably don’t have support for any proprietary fast charging tech like Huawei’s SuperCharge tech, Oppo’s FlashCharge or other more mainstream fast charging technologies. 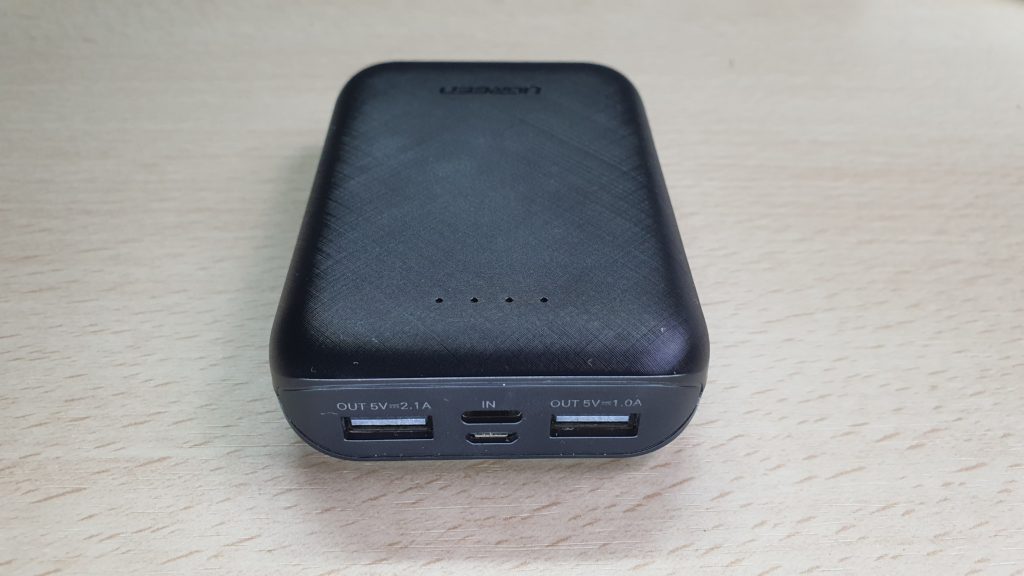 Build quality is reassuringly sturdy and while it’s obviously made of plastic, it doesn’t creak or bend when held. This is reflected in the ports itself that remain firm without any wiggling even with repeated use. Perhaps the one quibble with the design is that it’s a tad on the bulky side which means you can’t hold it with your phone in one hand at the same time; something that may be necessary if you are reliant on the provided cable. A longer cable would have been nice but at what you’re paying for, it’s not an issue.

On paper, the UGreen PB133 power bank has a 10,000mAh battery with two USB outputs with one port offering 5V/2.1A and another offering 5V/1A output. Both ports can be used simultaneously so you can charge two items at the same time, assuming you have two charging cables to spare. 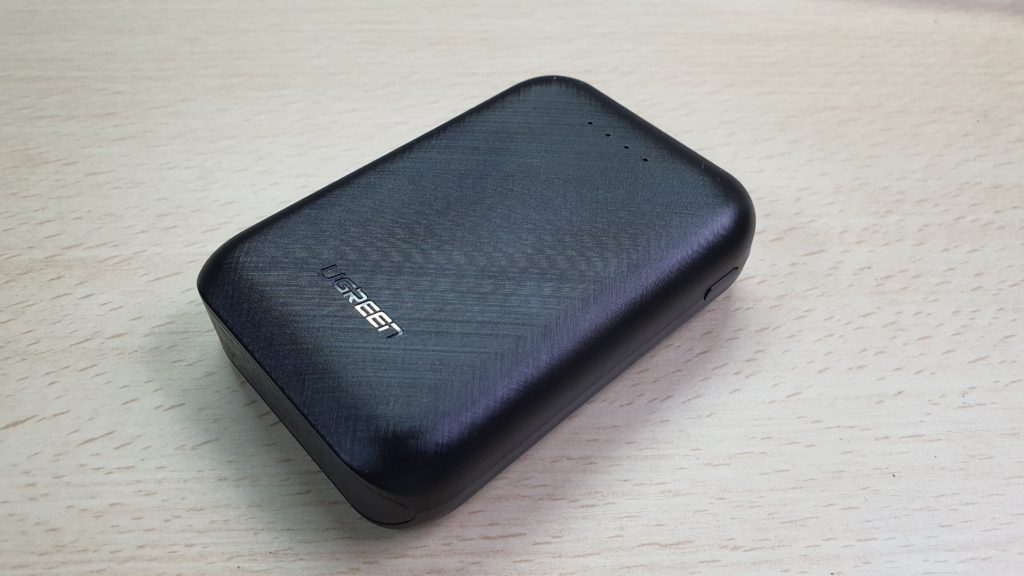 We tested it with a Galaxy Note10 that was drained dry. On paper, the Note10 has 25W fast charging.baked in. When plugged up to the PB133, it commenced charging immediately but did not exhibit any fast charging capabilities.

For the Galaxy Note10, it got about 10% in 15 minutes or so in an air conditioned room. This remained relatively consistent throughout the charging process and it topped off at 100% in about 2 hours and 10 minutes or so. This was repeated several times and exhibited similar results, give or take a few minutes with each iteration. 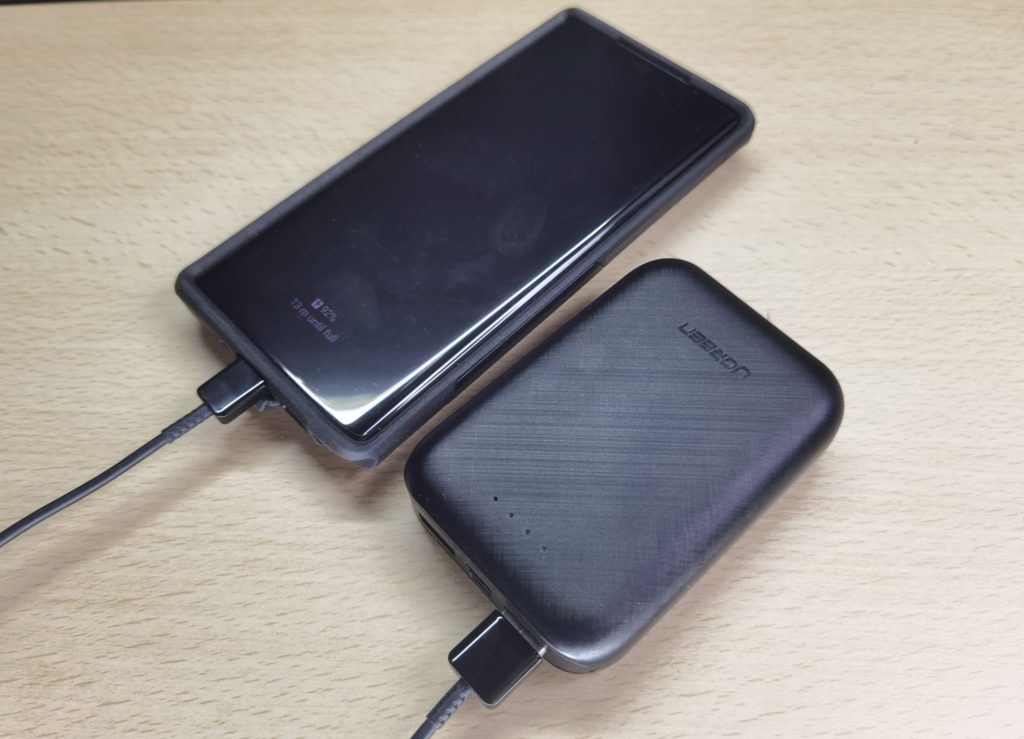 On paper, the UGreen PB133 is capable of charging the Note10’s 3,500mAh battery at least twice with a third nearly full 70% charge thereabouts and it managed to achieve this handily. Our power bank is new so it’s capable of achieving this in the first few dozen or so charging cycles but as with any other power bank, this capacity will reduce over time to about two full charges or so which is still plenty.

One particular bonus with the PB133 is that it supports pass-through charging, allowing you to charge the power bank itself while continuing to charge your other devices at the same time. The only quibble here is that the ports are spaced quite close to each other due to the nature of the design which makes it a really tight fit. Charging it on a normal 5V/2A charger that you see bundled in most modern smartphones took awhile and the PB133 only managed to get a full charge in about 5 or so hours. 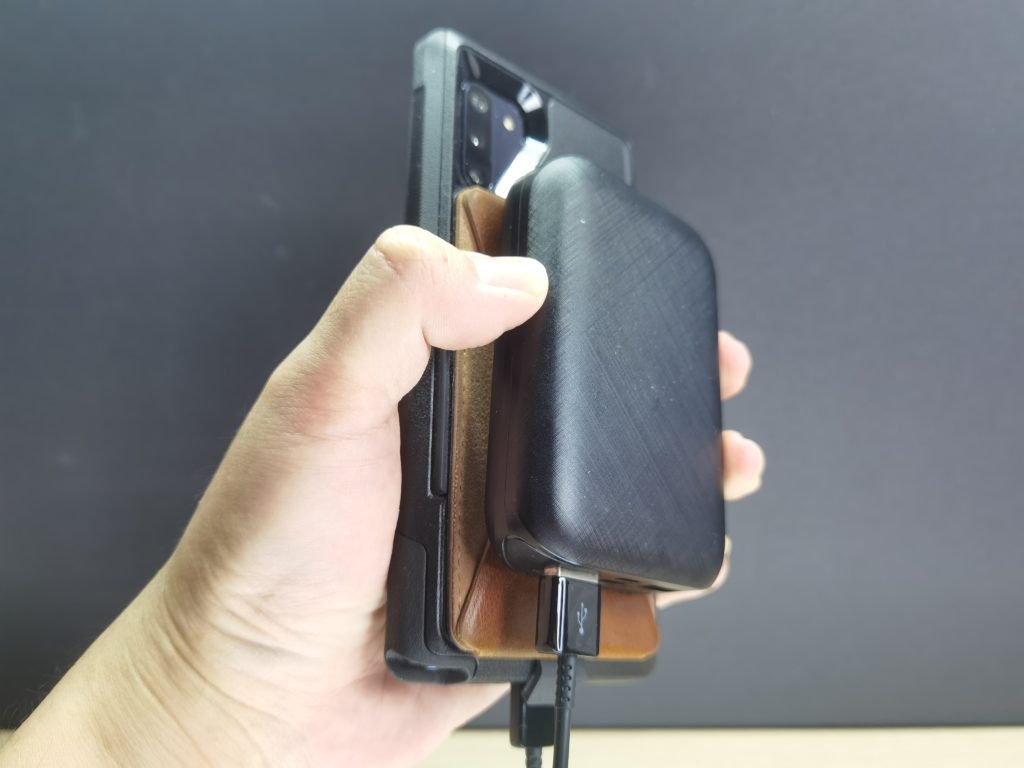 The chunky nature of the UGreen PB133 Power Bank means its a bit of a handful to hold with your phone when charging.

As it stands, the UGreen PB133 lacks modern niceties that flagship phone users would find necessary like wireless charging, fast charging tech and the like but it has it where it counts with a compact form factor, sturdy build quality and a very modest price. This is something worth picking up as a back-up to keep anywhere you need a top-up for your phone.

What we liked Affordably priced, sturdy design, multiple ports for charging
What we didn’t Doesn’t cater to fast charging phones, only has a short bundled micro-USB cable
What we say The UGreen PB133 is an affordably priced power bank with good build quality and a generous number of ports that lacks fast charging support for high-end phones but is otherwise a highly portable back-up measure.

The UGreen PB133 is an affordably priced power bank with good build quality and a generous number of ports that lacks fast charging support for high-end phones but is otherwise a highly portable back-up measure.