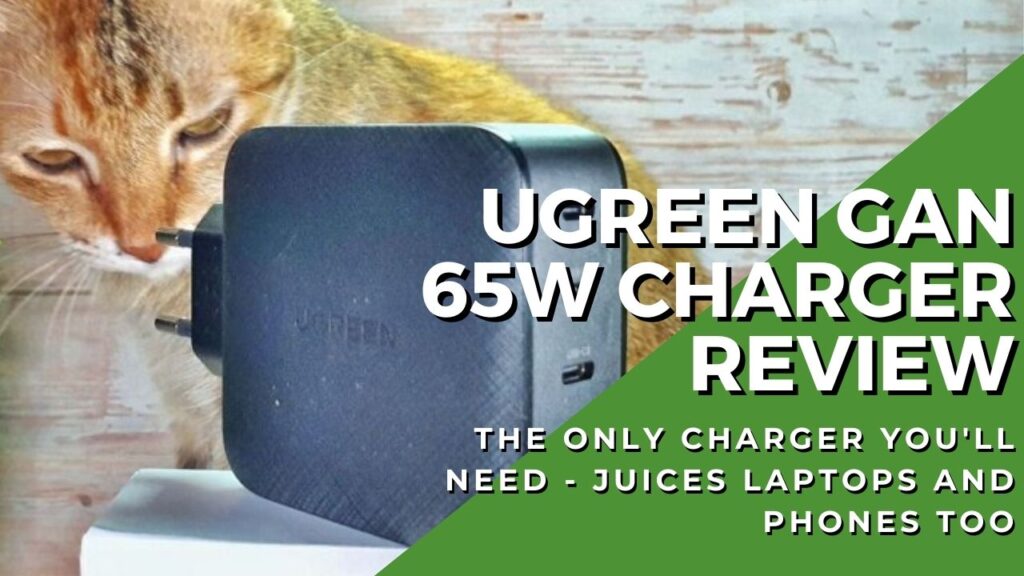 The  plethora of different fast charging standards from different phone manufacturers, many of which are proprietary, makes for a logistical nightmare and one that overcrowds plug points in your home and which needs you to keep multiple chargers on hand. Fortunately, accessory provider UGREEN has heard the call which is where their new UGREEN  65W GaN charger comes into the picture.

Rather than having to keep multiple chargers around your house or having to tote them around when you’re on travelling in order to keep all your phones, wireless earbuds, laptops and heck knows what else charged, the UGREEN 65W GaN charger is able to charge all your gear at their rated maximum speeds in one compact form factor while supporting almost every conceivable fast charging protocol available from almost all major phone brands that include Samsung, Huawei, Xiaomi and Apple. 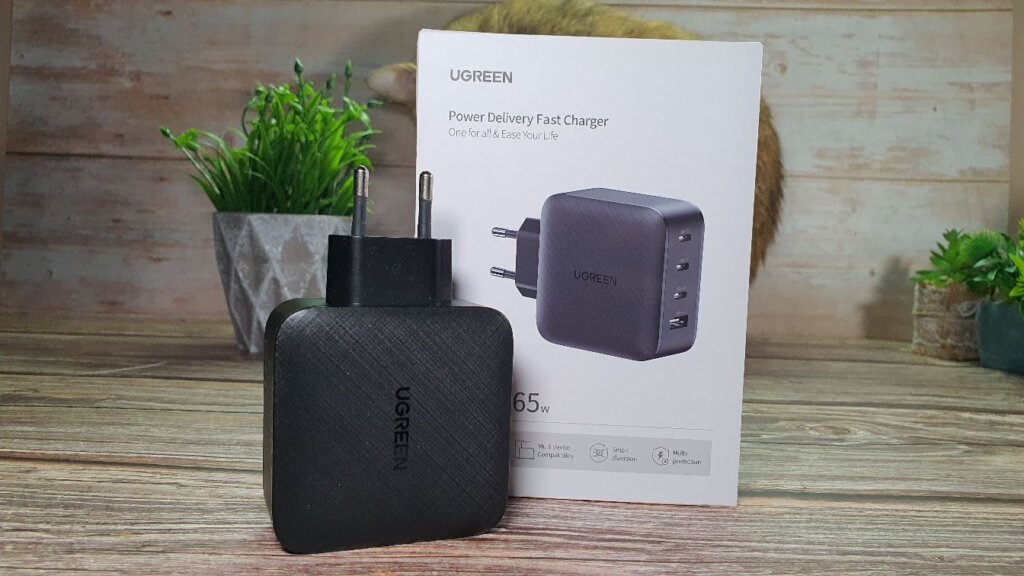 What’s so special about the UGREEN 65W GaN Charger

The UGREEN 65W GaN charger proves to be very well constructed. Our review sample of the charger comes with two rounded European style charging pins but it can also be acquired with two flat vertical prongs like that used in the US market or with a more familiar Malaysia-style 3-pin UK-style plug.

These charging plugs aren’t interchangeable so if you purchase the charger, you’ll have to be careful that you get the exact charging plug you want before clicking on that buy button.

The entirety of it is made of high-grade plastic but it’s sturdy and at an inch thick, the charger looks sufficiently solid enough to stand up to hard use for many years to come. It’s also relatively light as chargers go too for what it does at 165g which is a boon for travellers. 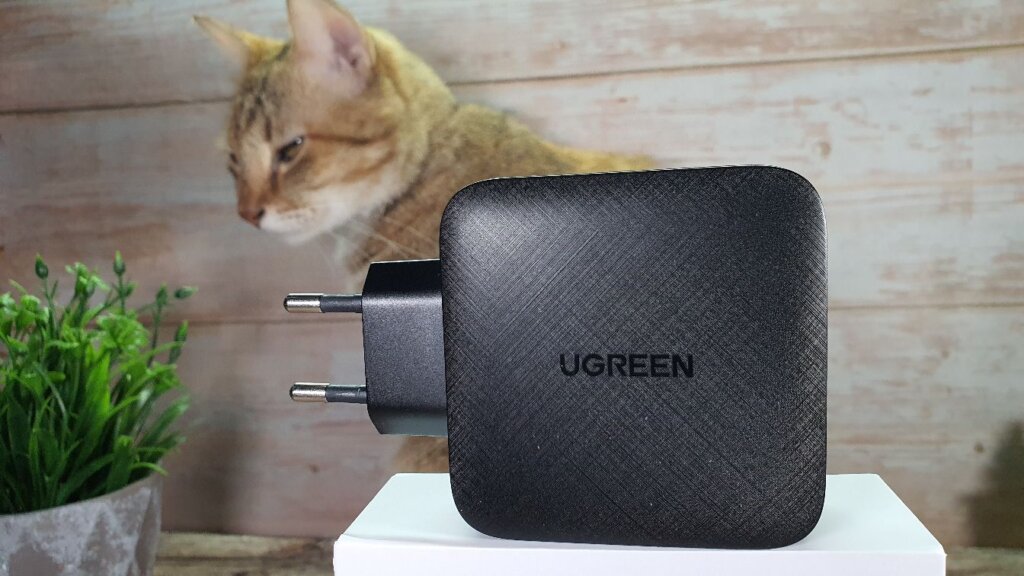 This lightness is partially on account of the fact that this is a Gallium Nitride charger, which accounts for its rather unique acronym. For the uninitiated, Gallium Nitride (Gan))  Is a semiconductor material. In effect, GaN chargers are more efficient and need less components with the ability to be more efficient at conducting higher voltages to charged devices than a silicon charger. On paper, UGREEN has claimed that the AC/DC efficiency of the charger itself is a whopping 93.48%. The end result – a smaller, lighter, more efficient power charger.

One pickle is that the UGREEN 65W GaN charger does not ship with any cables and you’re expected to furnish your own or failing that, purchase them elsewhere. Fortunately, UGREEN sells surprisingly good quality cables at very reasonable prices.

To wit, this charger supports almost every major charging standard on the planet and it’s even powerful enough to charge USB-C powered laptops like the Dell XPS 13 and the ASUS ZenBook UX425. 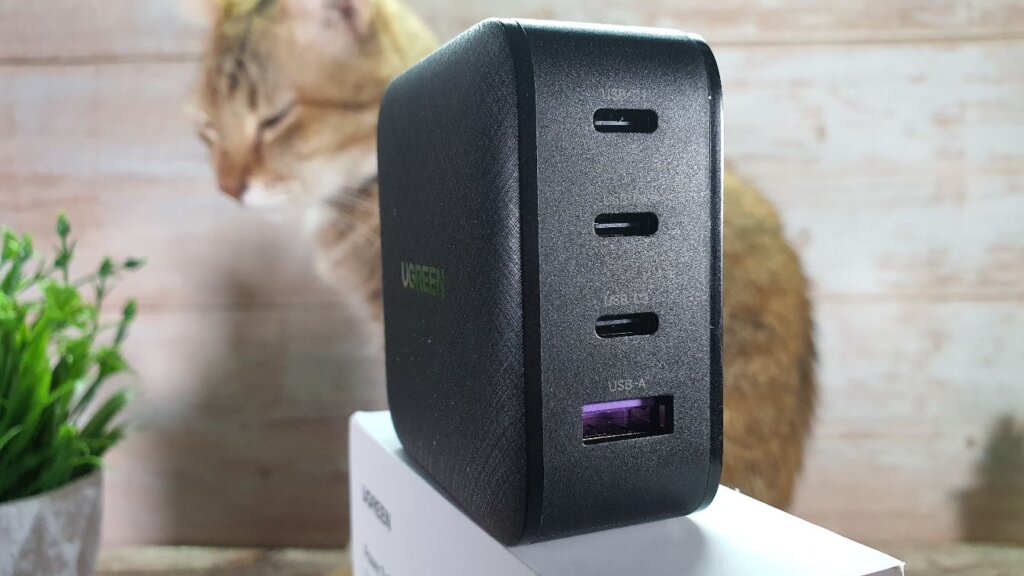 There are some limitations to its capabilities though in regards to OPPO phones as OPPO’s VOOC charging tech uses highly proprietary tech but it’ll still charge at normal speeds. What all this translates to is a charger capable of simultaneously charging up to 4 devices at once though in this instance not all will be charged at maximum speed as it has to spread the load. Still, the fact that it’s capable of doing so is quite a feat all things considered.

To test its full capabilities, we charged a series of devices individually to test how long it took. For these tests, we used a provided UGREEN USB-C to USB-C cable as opposed to the cable and charger provided with each tested device to standardise the results. The cable itself is a 100W cable that supports power delivery fast charge. Officially speaking, UGREEN claims that it can charge an iPhone 8 to 50% in 30 minutes and a MacBook Pro 13-inch model to full in just 1.5 hours.

Unfortunately, we did not have any Apple gear on hand during the time of our review but we managed to round up a variety of Samsung, Huawei, Asus and Dell issued gear and put it to the test. We drained the batteries dry and then hooked it up to the UGREEN 65W GaN charger to track how long it took to fully charge it. Each device was charged individually without adding in additional devices that would split the charging load up and we used the primary USB C1 port which had a maximum rated output of 65W. The results are in the table below.

In terms of results, they’re close to the official stated charging times for each device, give or take a few minutes while the fact that this charger has enough juice to even manage to charge a laptop is an impressive achievement indeed.

When charging to multiple devices, charging speeds slowed down slightly though everything was still getting charged while the charger itself did not get hot in the slightest on account of the use of Gallium Nitride (GaN) in its design. 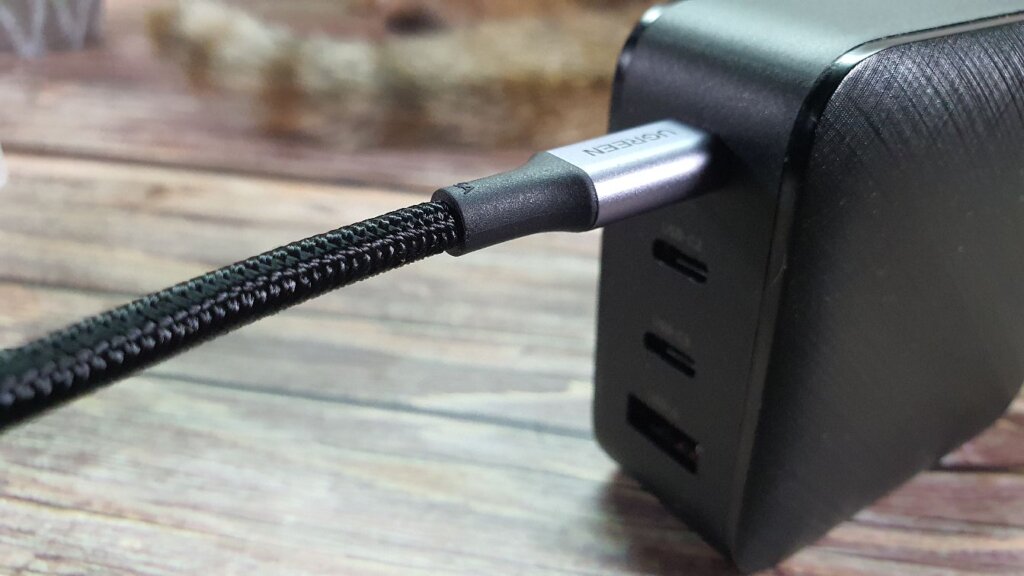 The winds of change are blowing and the way things are turning out, phone manufacturers are gradually omitting chargers when selling their phones which inevitably means that it’ll become an additional cost for new phone owners. The UGREEN GaN X 65W resolves this problem handily as it’s powerful enough and versatile enough to charge almost every phone in current service today at its maximum potential and even laptops too.  The lack of cables bundled with the charger is irksome but it’s not a major issue. If there’s one mandatory accessory you need to get if you’re living the gadget life, this is it.

What we didn’t plug type is fixed, doesn’t ship with any charging cables

We say The UGREEN 65W GaN charger represents excellent value, offering fast and efficient charging performance especially for owners of multiple items of gear. This compact charger handles it all from laptops to phones at blazing fast speeds. If there’s only one mandatory piece of kit you ought to own, this is it. 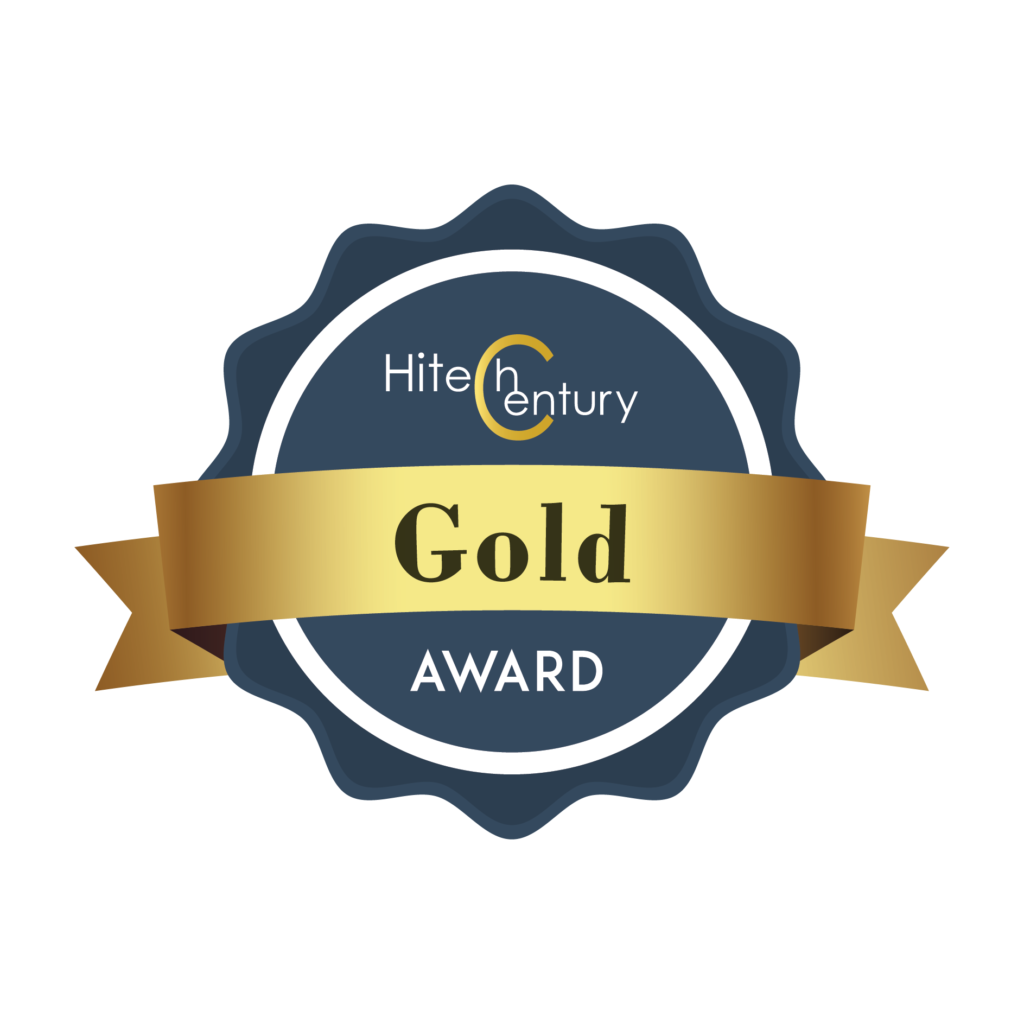 The UGREEN 65W GaN charger represents excellent value, offering fast and efficient charging performance especially for owners of multiple items of gear. This compact charger handles it all from laptops to phones at blazing fast speeds. If there’s only one mandatory piece of kit you ought to own, this is it

Doesn’t ship with any charging cables