If you have been lamenting the fact that the old Touch ‘n Go SmartTAG devices that you’ve been using for time immemorial are no longer being sold, well, you’re in for a pleasant surprise. While they’re soon going the way of the dodo, there’s a silver lining to this as Touch ‘n Go are bringing in something faster, more efficient and even better to pay for passage through tollgates – RFID tech. 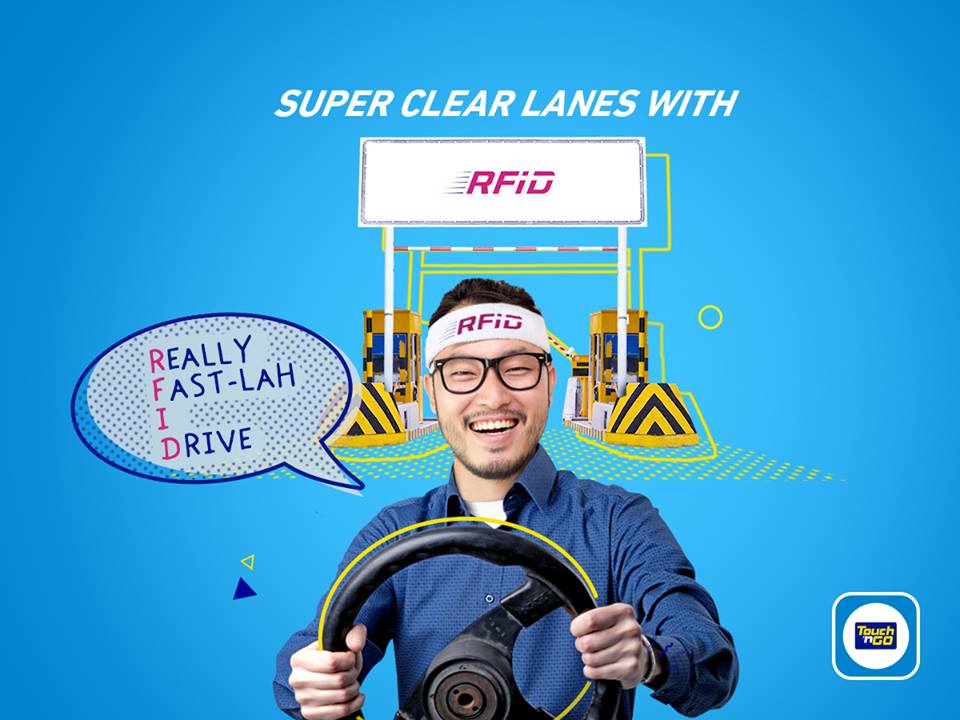 Essentially, Touch ‘n Go’s RFID system consists of a special sticker with a radio frequency chip embedded in it that is stuck to your car. This sticker is unique and is linked to a particular Touch ‘n Go ewallet to deduct payments for passage. Effectively speaking, it functions just like its predecessor albeit in a more efficient fashion. Topping up the value in your linked Touch ‘n Go e-wallet paired to the RFID system is significantly easier as you can do it via online banking, debit or credit cards and, if you’re a Luddite, via offline top-ups by keying in a pin-number.

If you’re keen to hop onto the next generation RFID bandwagon, you can sign up to be a pilot phase tester. The RFID system is expected to enjoy a full roll-out sometime in January 2018 with the pilot programme starting sometime in September 2018. To date, a selection of highways in the Klang Valley are currently equipped to read RFID stickers – the full list is below but this will, as mentioned earlier, expand nationwide. If you’re keen, swing by www.touchngo.com.my to sign up. 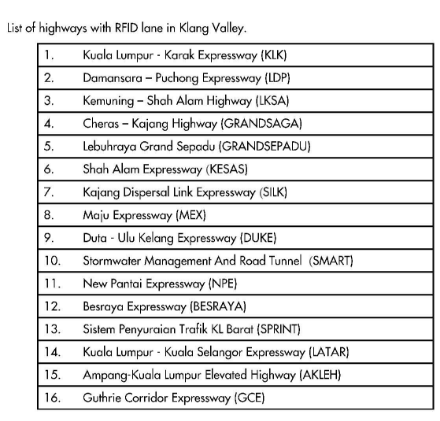