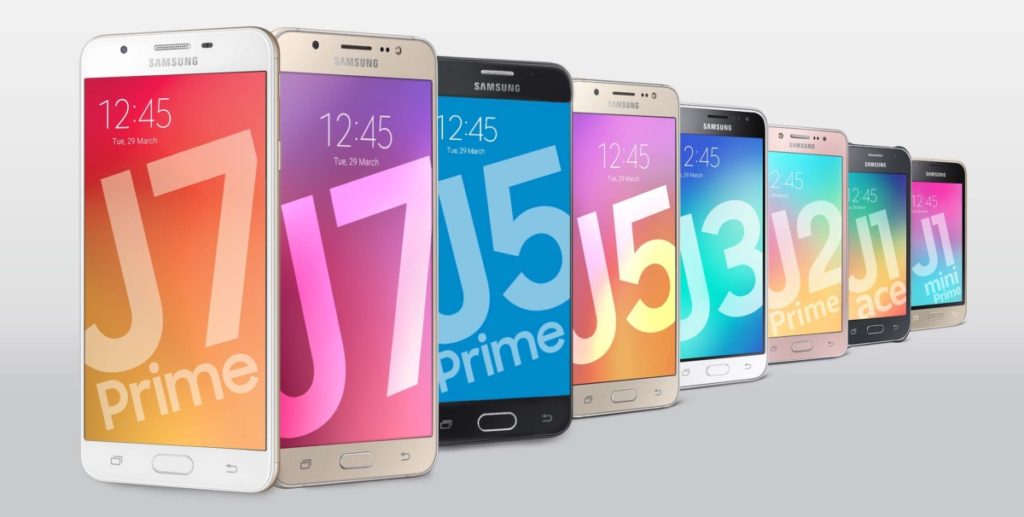 No idea which J series phone to buy? Read this first 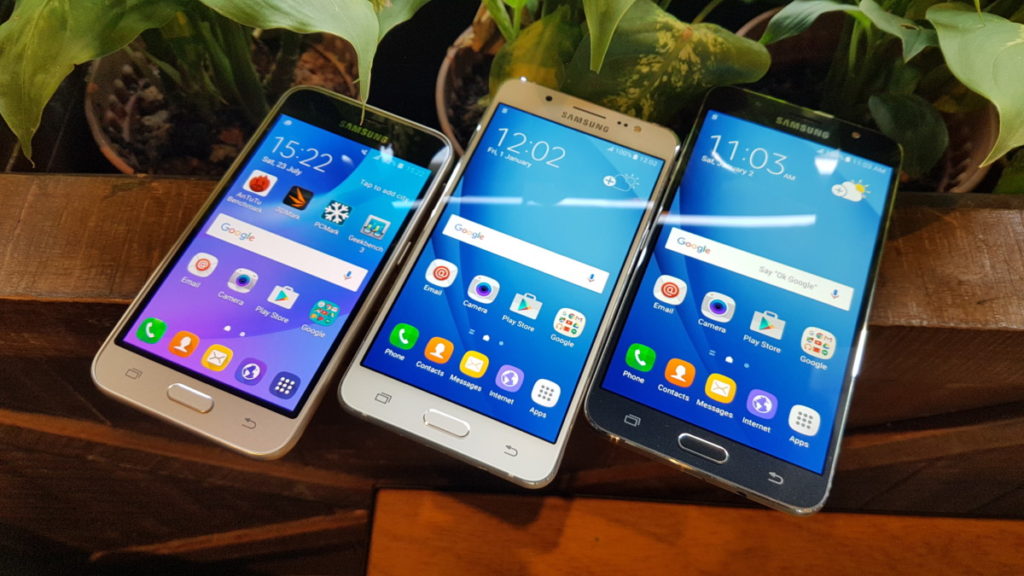 While Samsung is best known for their higher end Galaxy S and Note series flagship phones, they’re a dab hand at making workhorse and entry level phones too, which is what their Galaxy J series is all about. The Galaxy S7 edge rightly rules the roost as their crown jewel of the smartphone throne with arguably the best camera among 2016’s crop of phones along with the hardware and looks to match, but their J series blowers exemplify bang for the buck with a price range that ranges from RM299 for their budget J1 Mini Prime all the way to their top-of-the-J-series-line J7 Prime which we had the pleasure to review awhile back. While the maxim of getting what you paid for is exemplified by the Galaxy J series which offers better specs the higher you go up the model line along with a higher price tag, it becomes a bit of a complication as to find out just what your tech and price sweet spot is; understandable seeing as this year has not one, not two but eight different J series phones available in the market. 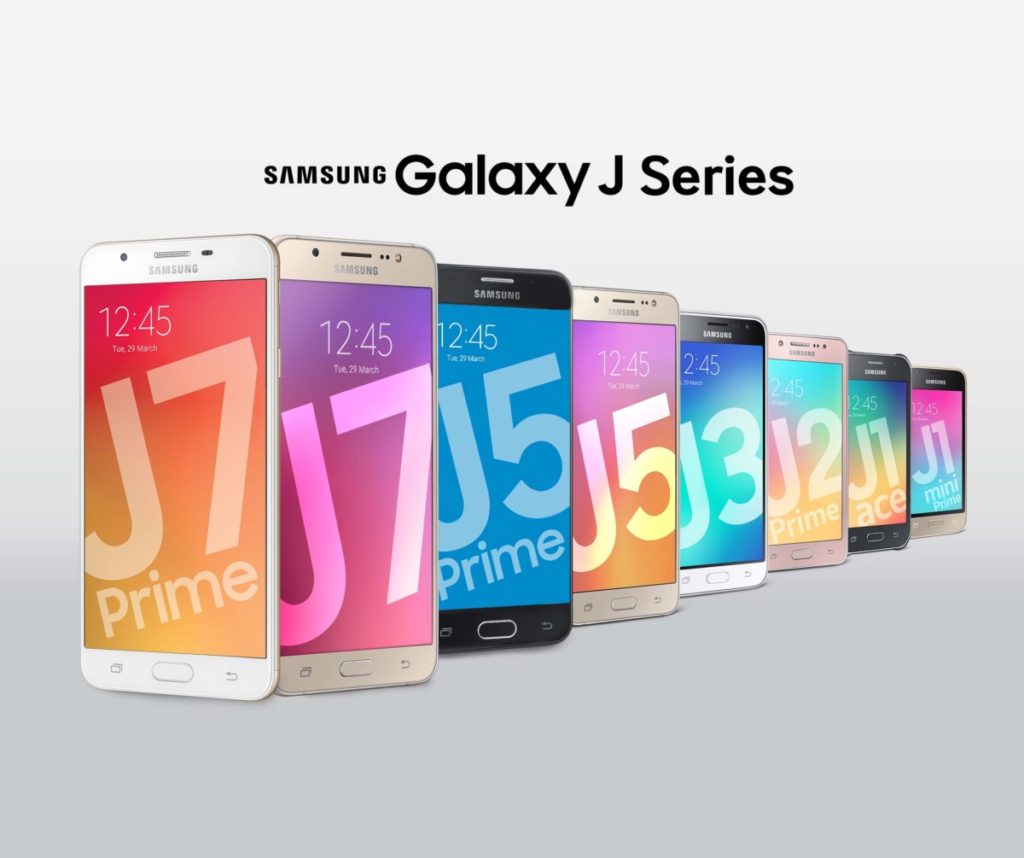 Essentially, all the phones in the Galaxy J series line by default have a dedicated dual SIM card and a dedicated microSD card so you needn’t have to fumble around with a Faustian bargain of having to trade in a SIM card for a microSD card to eke out more storage on your phone. Where they differ is in terms of the camera, the user interface for certain higher end models and in terms of processor speed, storage and RAM. Long story short: the higher the model number, the better the hardware and the higher the price. If you’re wont to pore at specs, here’s how the line-up measures up apple for apple. 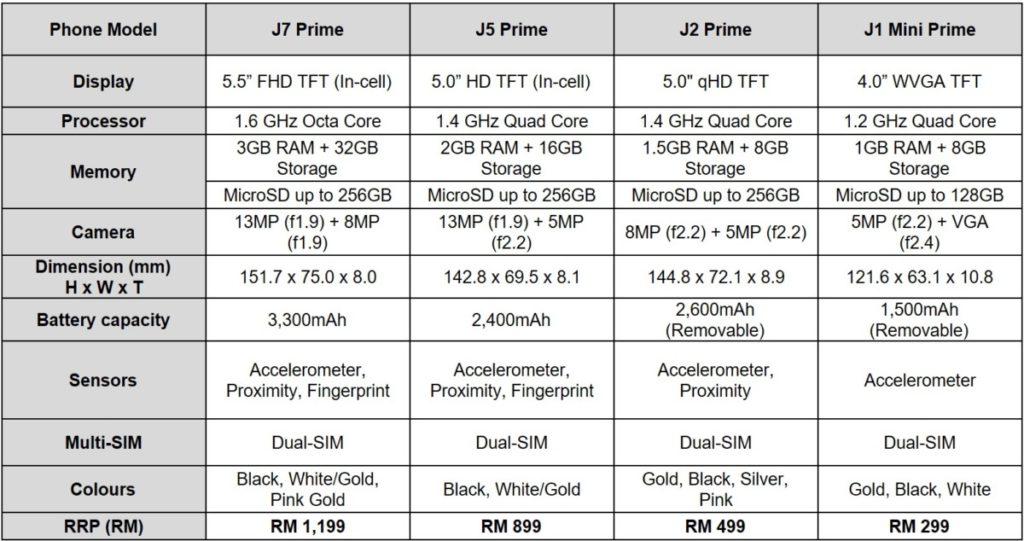 Some specific examples however in the J series line-up are optimised for certain use cases. Assuming price isn’t the determining factor, some models are ideal for certain needs. If you’re chuffed, you can saunter on to Samsung’s official store on Lazada here. 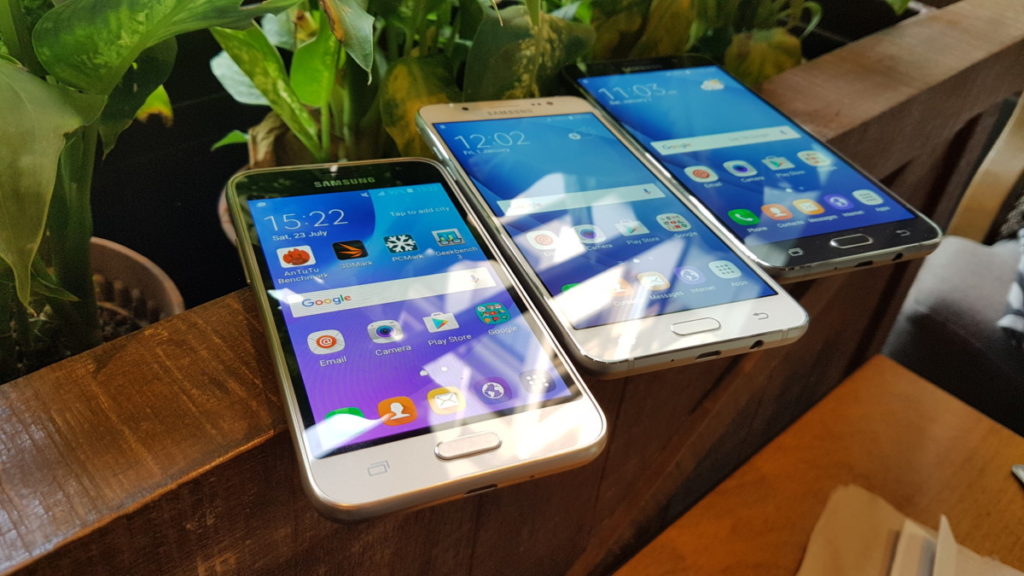 Here’s a quick guide to how the J series line-up works:

Love Wefies? Get the Galaxy J7 Prime or J5 Prime 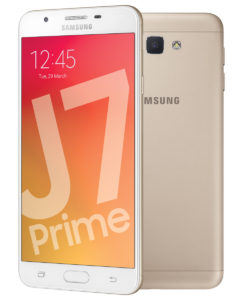 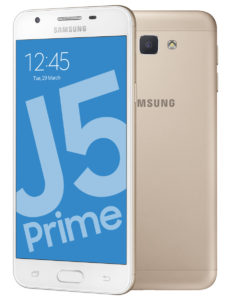 The beefed up version of the earlier J7, the J7 Prime notably has more RAM, double the storage and also has a rear facing 13-MP F/1.9 aperture and a front facing 8-MP F/1.9 selfie camera. The earlier flagship Galaxy S6 also had a similar F/1.9 aperture lens setup so it’s a sweet camphone too for what you pay for with better than average low light performance so shots indoors and after sundown don’t look like recreations of a gonzo horror movie. What makes the J7 Prime ideal for wefies is a built-in ‘Wide Selfie’ mode that stitches a wider front-facing panoramic shot so you can fill in a good sized rugby team into your shot without having to get a six foot long selfie stick. The J7 Prime also has a palm gesture that snaps a shot with a gesture of your palm without having to press the button too. Handy, that. If the J7 Prime is too rich for your blood, the J5 Prime has similar functionality, ergo the Wide Selfie and Palm Capture mode though the front-facing camera is a more modest 5-MP with an F/2.2 aperture. The J7 Prime retails for RM1,199 while the J5 Prime retails for RM899 though if you can spare the extra cash, the J7 Prime’s larger display, extra storage and better camera are well worth it. 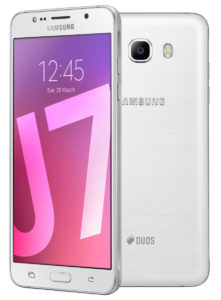 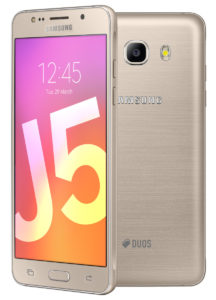 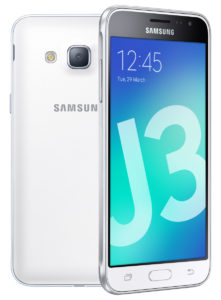 If you’re wont to surf the web, watch videos like there’s no tomorrow and digest website feeds like we here at the Hitech Century office devour crisps and Garrett’s popcorn, you’ll need a smartphone with hefty battery life along with a ton of data and a decent screen to go with it too.

Video performance notwithstanding, the main reason why these three phones are rather appealing is that they all have a unique Ultra Data Saver mode that’s built on Opera’s Max architecture to halve data usage rates. Long story short: your data bill at the end of the month won’t have you cringing in terror. That’s a win for us. The 2016 edition of the J7 retails for RM999, the J5 at RM799 and the J3 at RM599. If you’re not hurting on budget, you might as well get the J7 which has the largest display of the three and when you’re streaming a video or scrolling through a website, every inch of the display counts.

On a tight budget? First phone? Get the J2 Prime, J1 Ace or J1 Mini 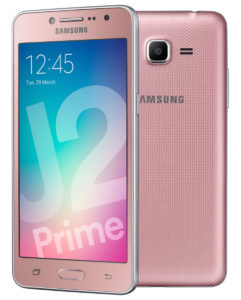 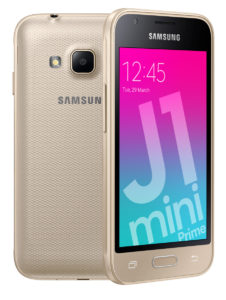 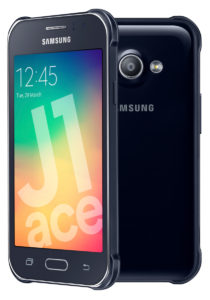 If you’re on a tight budget, you’ll need to eke out every dollar for what it’s worth when you’re chunking out a smartphone. In that case, you have quite a price range to play with for the sub- RM500 for Samsung’s J series range. At the top at just under half a grand is the Galaxy J2 Prime that sports a 5-inch qHD display, a 1.4GHz quadcore processor, 1.5GB RAM, 8GB of expandable storage and a rear 8MP camera with a front 5-MP camera.

The J1 Ace represents a middle ground between the two budget phones with a 4.3-inch Super AMOLED display, which offers lusher colours onscreen though it’s at WVGA resolution, a 1.5GHz quad-core processor, 1GB RAM and 8GB of expandable storage. The rear has a 5-MP camer and the front has a 2-MP selfie camera. Modest, yes, but decent for RM399.
If your budget is even tighter than that, the J1 Mini Prime offers a 4-inch WVGA touchscreen, a 1.2GHz quadcore processor paired with 1GB RAM and 8GB of expandable storage with a rear 5-MP camera and a front-facing VGA camera for a mere RM299 smackeroos. If all you need is to make calls and get some basic web surfing done, this trio of budget blowers will serve you in good stead.

If you’ve made up your mind already, check out Samsung’s online store on Lazada or any of their dealers or concept stores nationwide. 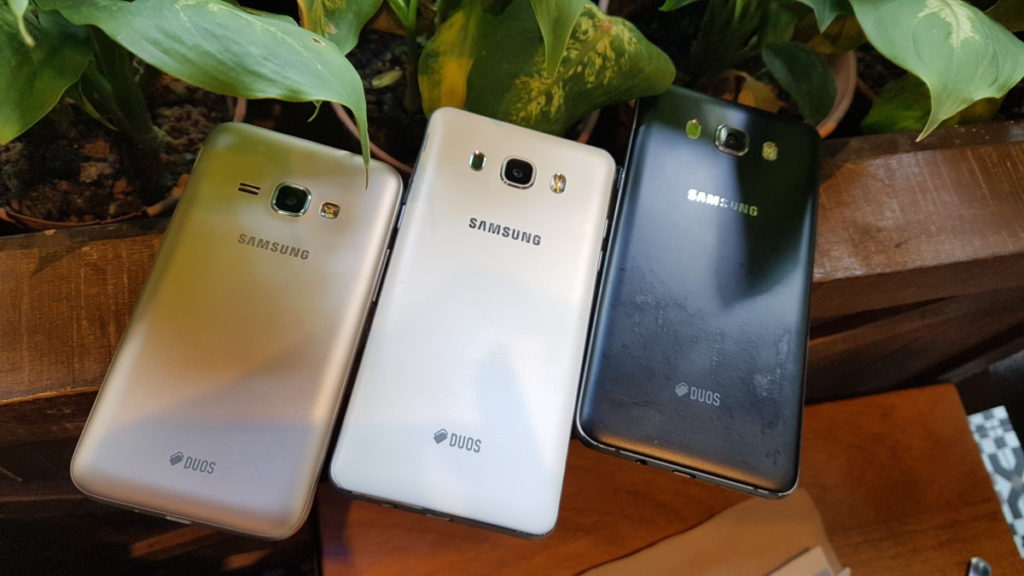