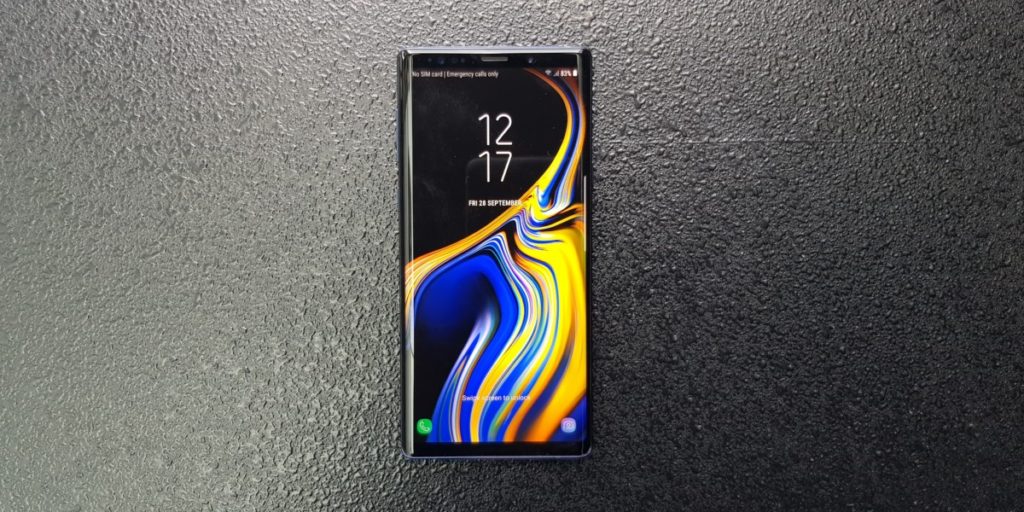 Settle down and get comfy cause this is going to be one very exciting ride as we debut the Galaxy Note9 Chronicles – a compendium of the latest features news and details about Samsung’s flagship smartphone since its Malaysia debut in early August. 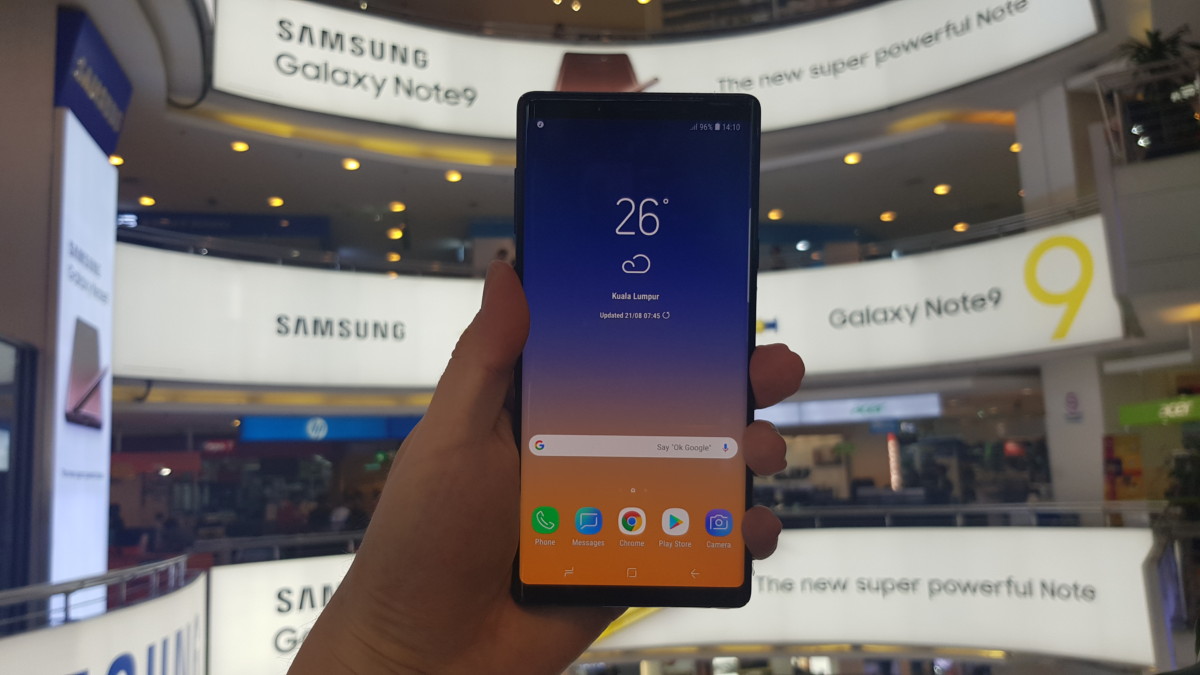 Since its debut, the Galaxy Note9 has been the darling of the office and the veritable queen of the test labs as it has consistently wowed us with its performance, capabilities and sheer endurance. Missed out on some essential Note9 reading? It’s all listed here for your edification. Just to get you in the mood, tune in and listen to the official theme song that debuted at the launch of the Galaxy Note9 in New York, LSD’s ‘Thunderclouds’…

Watching movies on the go just got a lot better with the Samsung Galaxy Note9. Here’s why

While almost any smartphone can do the job in a pinch with varying levels of effectiveness, a few stand out from the crowd as they are able to offer an exceptionally superior viewing experience in every single way. Here’s why watching movies on the go are simply better on the Samsung Galaxy Note9. 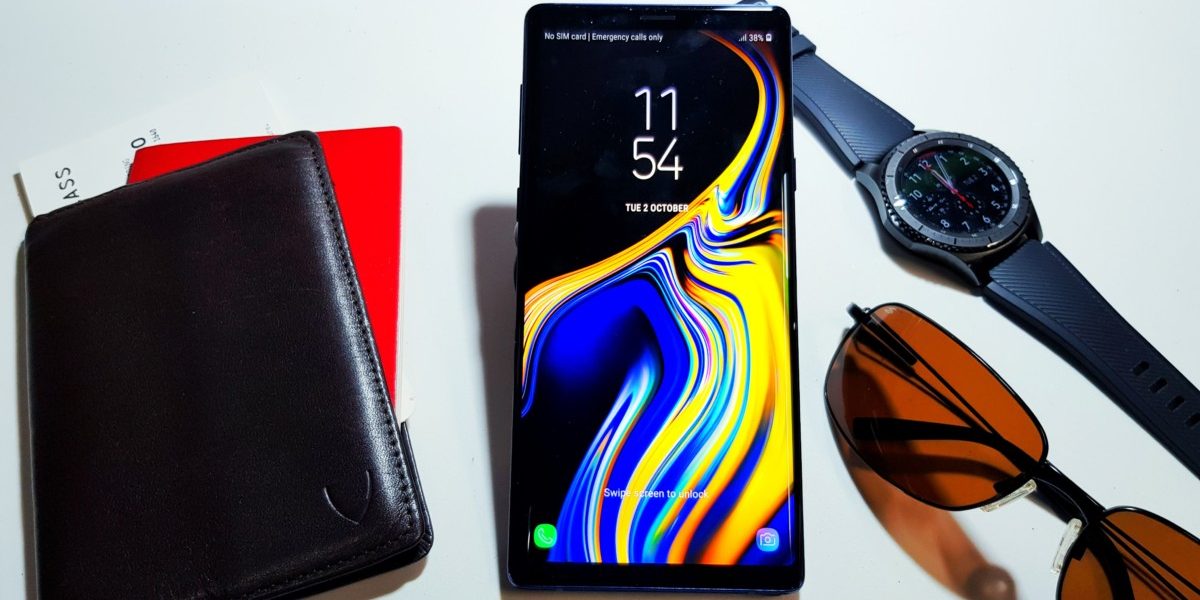 Most problems can be solved with the proper application of tech. Interestingly, many of the qualities that make the Samsung Galaxy Note9 a superb business phone also make it an ideal holiday companion as well. Here’s five reasons why you definitely need to bring Samsung’s latest wunderkind out on your next holiday sojourn. 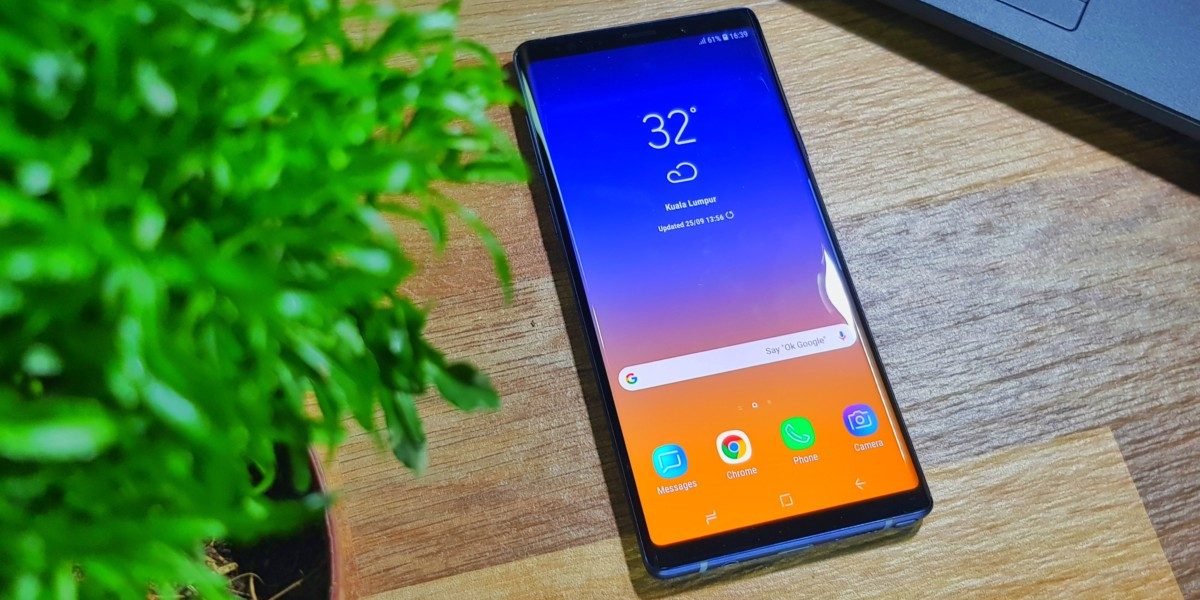 Envious? You can get in on the action on the Galaxy Note9 as Samsung, for a limited time only, is offering their exclusive Yearly Upgrade Program which offers a ton of goodies as well as a 10% discount off the next Galaxy Note phone for a mere RM100 top-up when you buy the Galaxy Note9.

If you mean business, you already have enough things to worry about without your equipment letting you down. What is paramount for business oriented users is performance, reliability and security in their devices, all aspects which the Galaxy Note9 addresses with deft aplomb.

At launch in Malaysia earlier this year in August, the Galaxy Note9 came in two storage variants and three colour options. Fortunately, Samsung has addressed the dearth of colours as the high-end Galaxy Note9 512GB version Ocean Blue is now up for preorders with freebies thrown in for good measure. 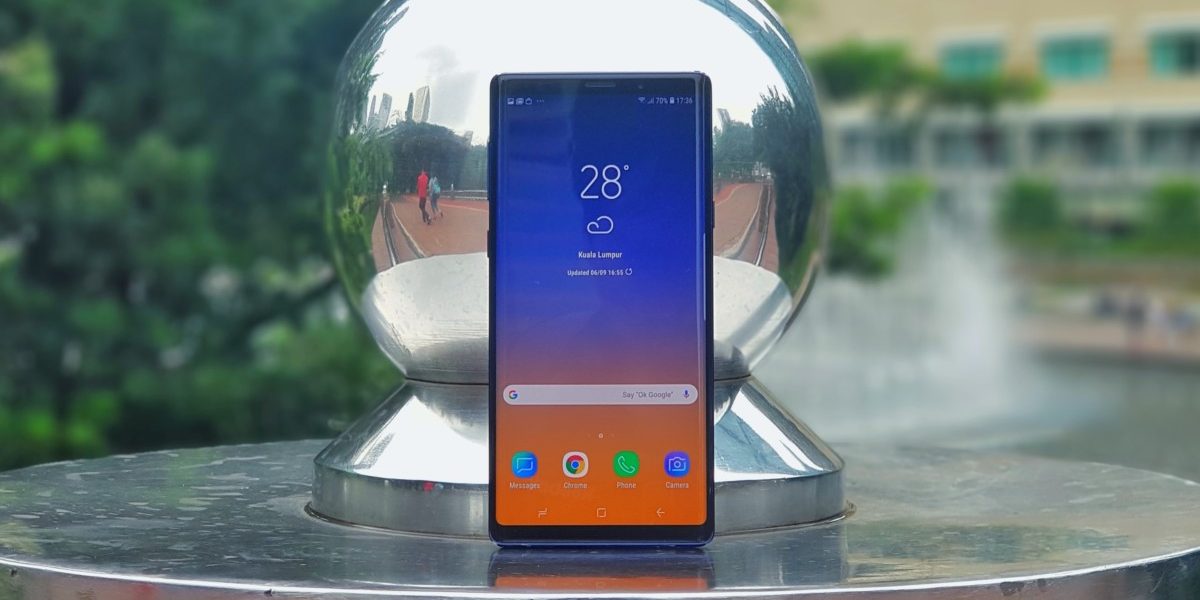 Where the Galaxy Note9 trumps the competition is that it truly does not compromise on performance and addresses all the traditional pain points of a smartphone user in a decisive fashion. Find out how Samsung’s latest flagship phone tackles all these problems in our in-depth, full-on review.

Battery safety, the Galaxy Note9 and you 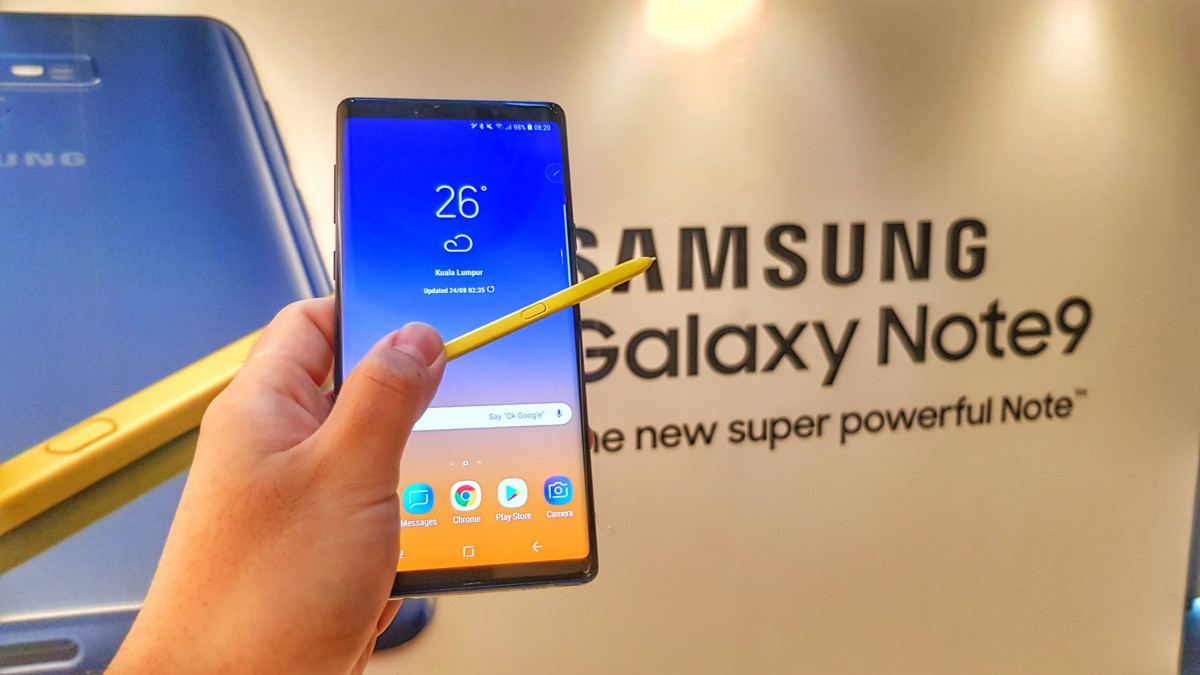 One particular feature of the Galaxy Note9 that has endeared it to adopters is the fact that it hosts a massive 4,000mAh battery that offers all-day battery life in addition to wired and wireless fast charging support. To date, this is the largest sized battery ever mounted in a Galaxy Note series smartphone. Here’s why it’s safe as houses. 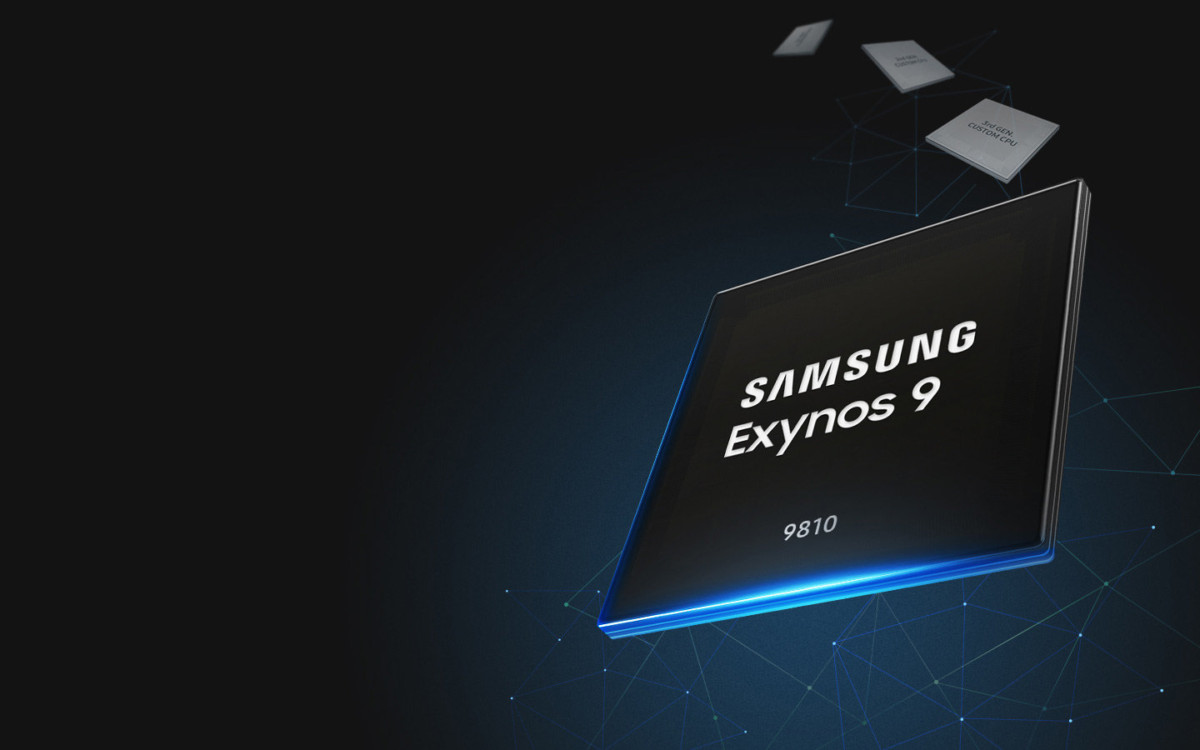 Much has been bandied about Samsung’s Galaxy Note9 flagship phone and its myriad capabilities such as its S Pen stylus,  its lauded 6.4-inch Super AMOLED display up front and its powerful dual rear cameras. What exactly though is the secret sauce that gives the Galaxy Note9 its impressive performance? That’s where the Exynos 9810 octacore processor comes into the picture.

Samsung’s latest wunderkind the Galaxy Note9 is the latest successor to their prestigious line of power phablets. Since its global debut in New York and its high profile launch in Malaysia, we’ve had the opportunity to put it through its paces and see what they hype is all about. Here’s 9 outstanding reasons why you need it.

When Samsung announced the Galaxy Note9  on 9 August, everyone and quite a few pundits too were gobsmacked at their most powerful phone to date and the amount of tech they’ve crammed in.  Now, Samsung is extending the roadshows nationwide in Malaysia to new locations with awesome freebies to boot! 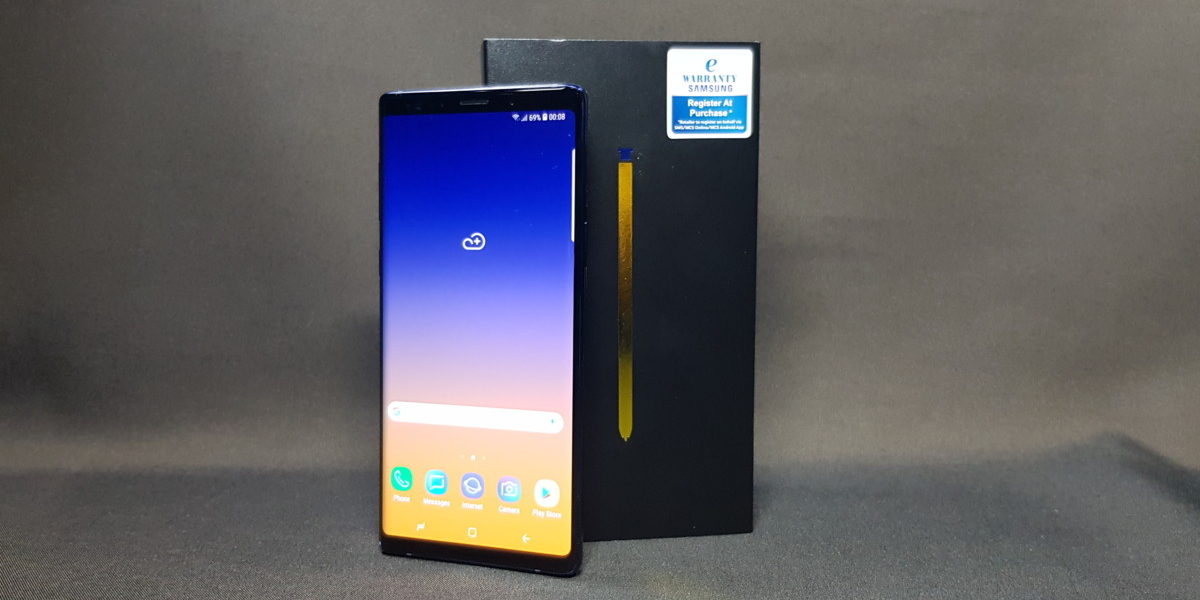 Befitting their finest flagship, Samsung has kitted out the Galaxy Note9 with a veritable smorgasbord of handy kit to complement it and they’ve covered the bases in terms of almost everything you need for immediate deployment and even later on down the line. Here is what comes with every Galaxy Note9… 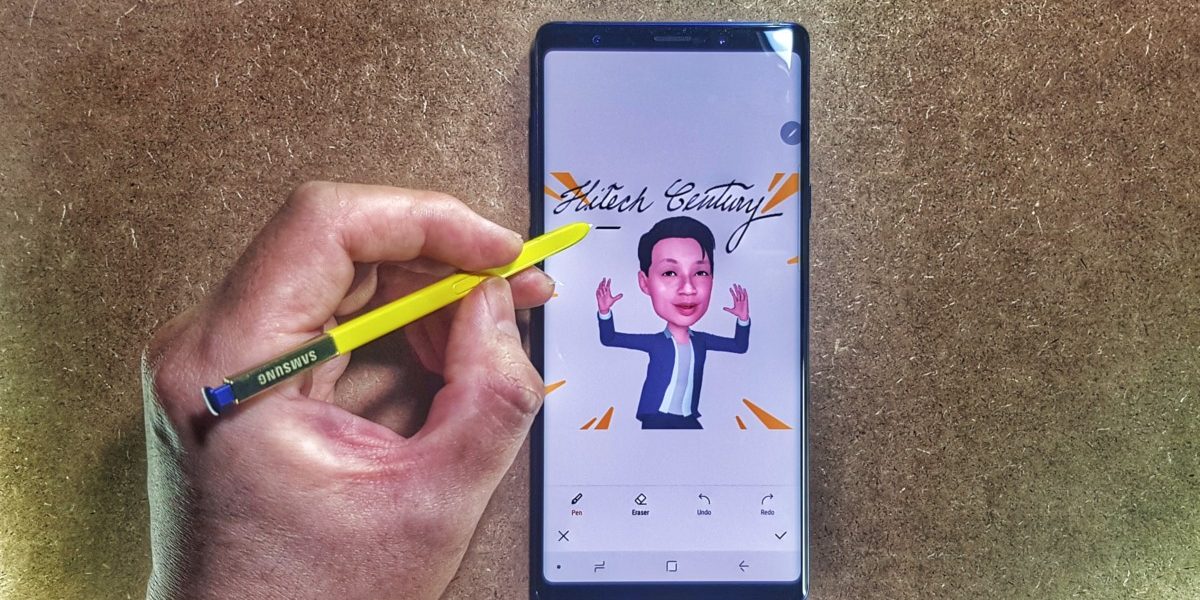 If a picture can tell a thousand words, an emoji can tell far more. In today’s social media age, an accomplished texter can impart nuances of meaning with a well placed emoji. Discover how you can up your messaging game with the Galaxy Note9’s AR Emoji that add a personalised touch  to every message.

Wefie Woes? Here’s What the Galaxy Note9 Can Do For You 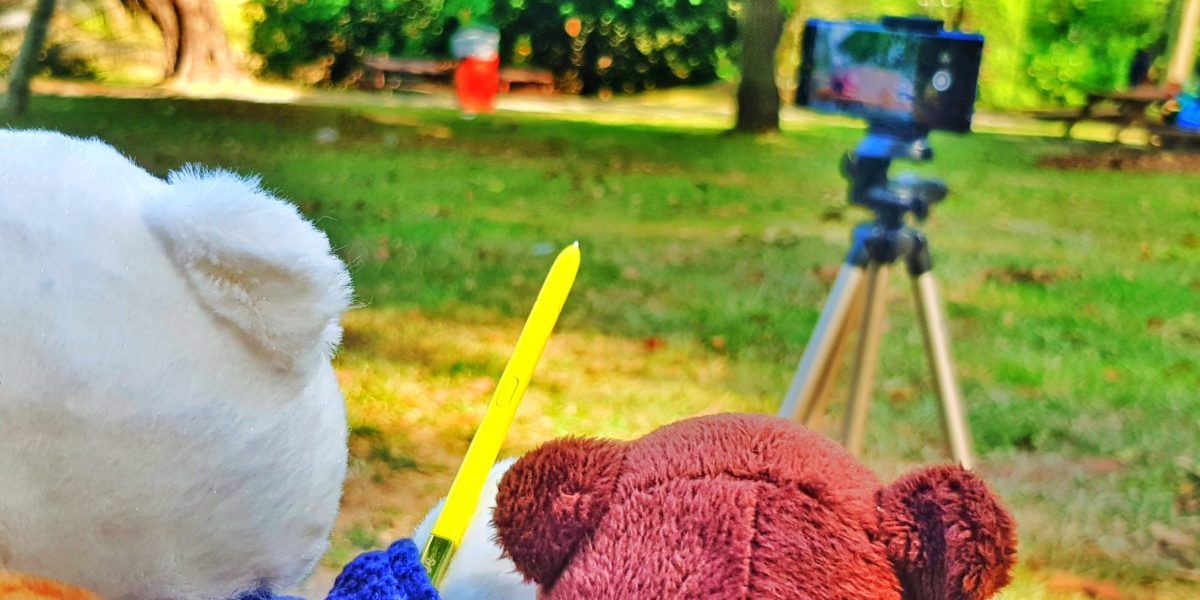 Fortunately, smartphones of recent vintage these days offer several interesting features that can up your wefie game and the Galaxy Note9 offers plenty of tricks and the hardware to match that can make snaps look seriously good. Better yet, it has an ace in the hole that no other phone can yet match. Curious? Lead on squire. 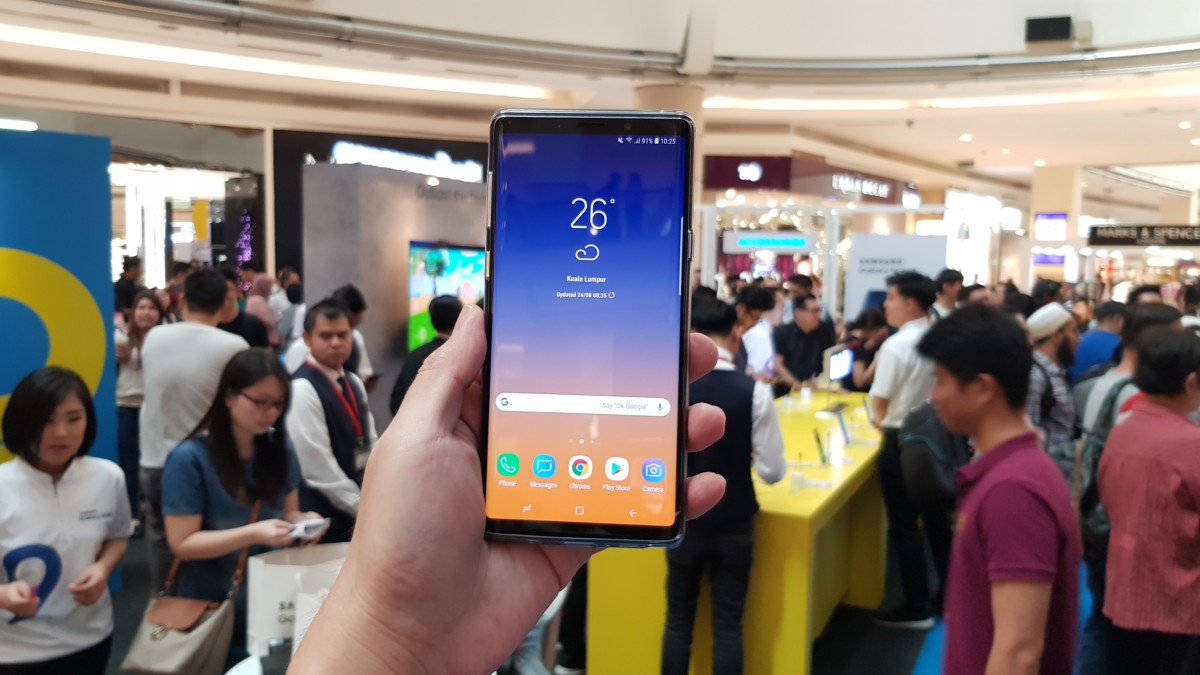 Get up close and personal as we cover the inaugural roadshow for the Samsung Galaxy Note9 where they release their massive phablet for sale to the public. Get a blow-by-blow account as we go live on the ground and cover what happened at the roadshow along with the star studded celebrities that graced it with their presence such as Elizabeth Tan, Ismail Izzani and more. 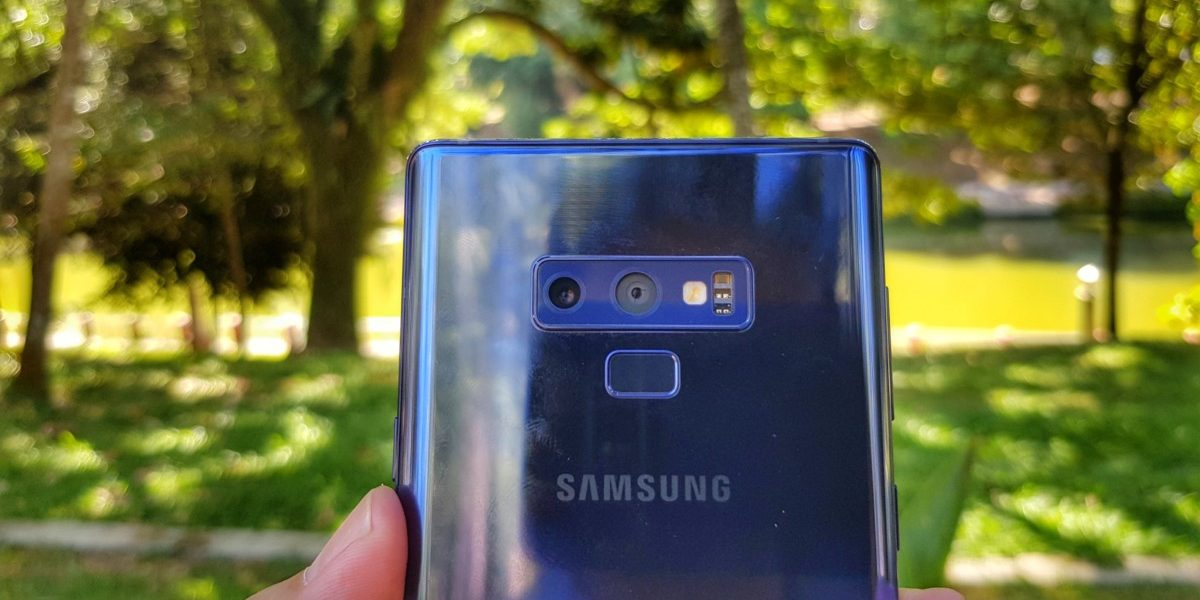 Samsung’s Galaxy Note9 has an impressive dual rear camera array that comes with a veritable wishlist of their latest technologies that allow it to capture great shots including challenging low light scenarios. Get an in-depth look at what the tech that makes them one of the best cameras ever integrated into a smartphone. 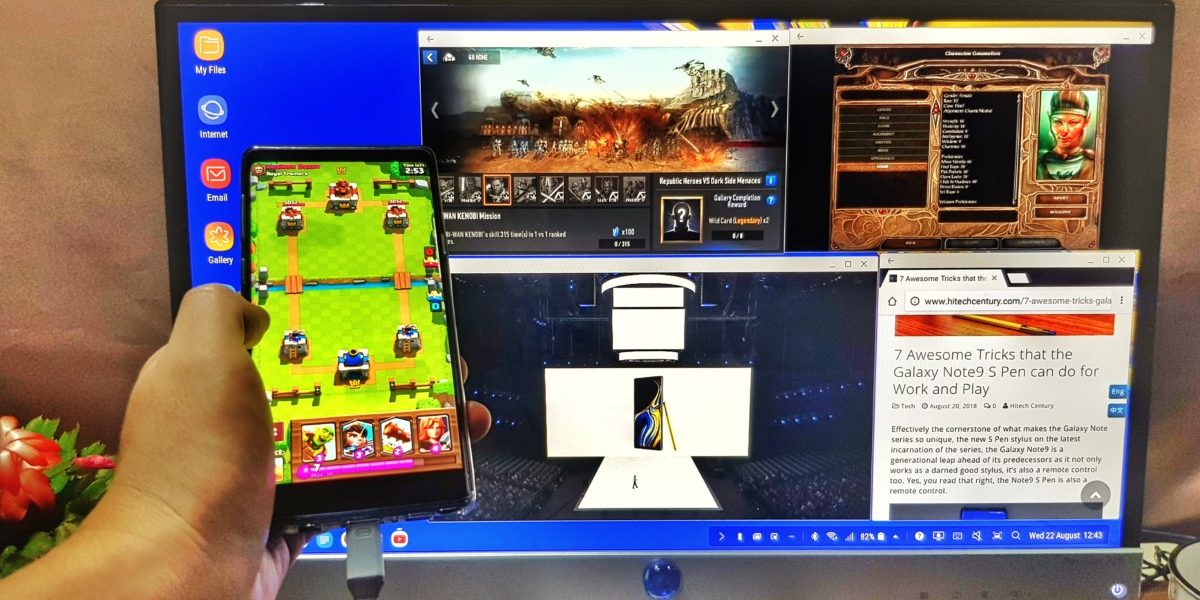 While it is a rather entertaining means to while away a few hours on the commute, sometimes even the Note9’s large 6.4-inch display simply isn’t as big as you want it to be, which is where it’s subtlest yet most powerful feature comes into play. Enter The Note9’s DeX mode which lets you multitask and much more.

If you’re reading this on a phone that is not a Galaxy Note9 and bemoaning the fates as to how you can acquire Samsung’s latest flagship without forking out a princely sum in Malaysia, you’re in luck as the Galaxy Note9 trade up programme will allow you to trade in your old phone and enjoy discounts towards a new Note9. 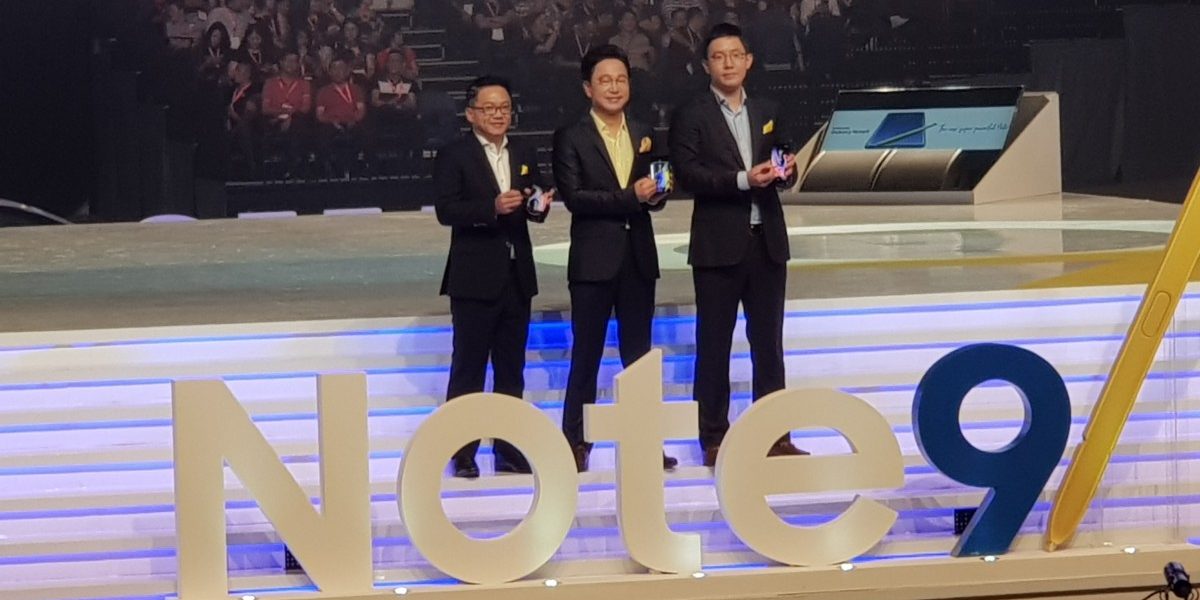 Over 2,000 invited guests flocked to the Arena Axiata at Bukit Jalil to lay eyes upon Samsung’s most powerful flagship phone ever launched – the Galaxy Note9. To kick off the launch , Samsung brought in the renowned K-Tigers, the world’s leading Taekwondo team that presented a stunning martial arts performance… 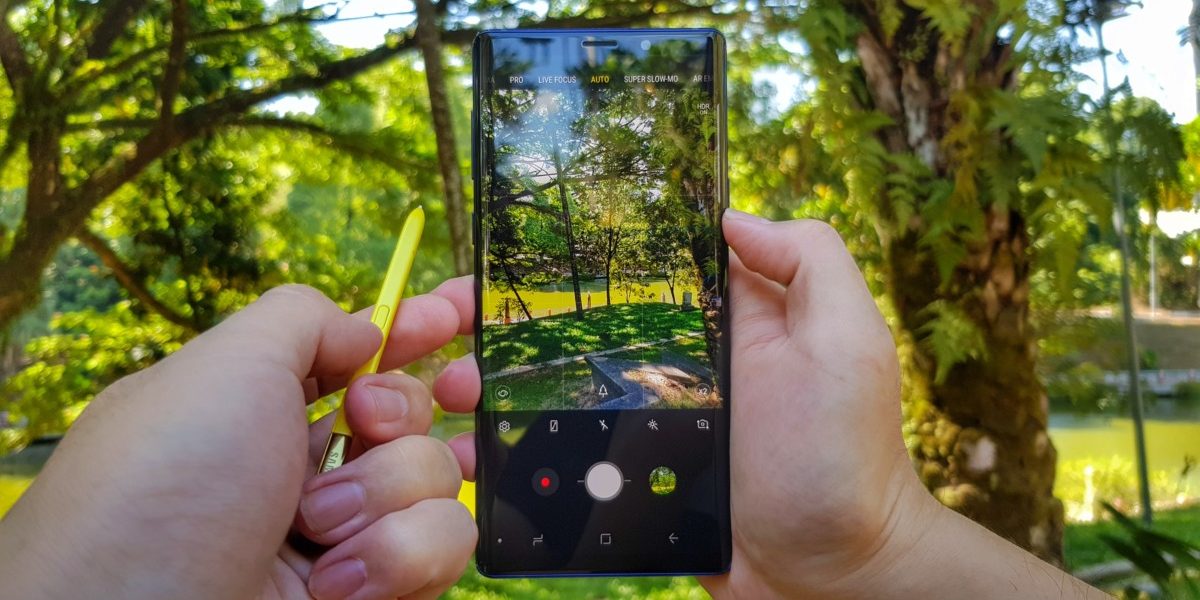 Samsung’s new Galaxy Note9 sports a rear dual camera array capable of effortlessly capturing brilliant looking shots full of crisp detail and lush colours. To achieve this lofty goal, it integrates a pair of 12-MP cameras both of which come with optical image stabilisation (OIS) while a powerful ensemble  of technologies… 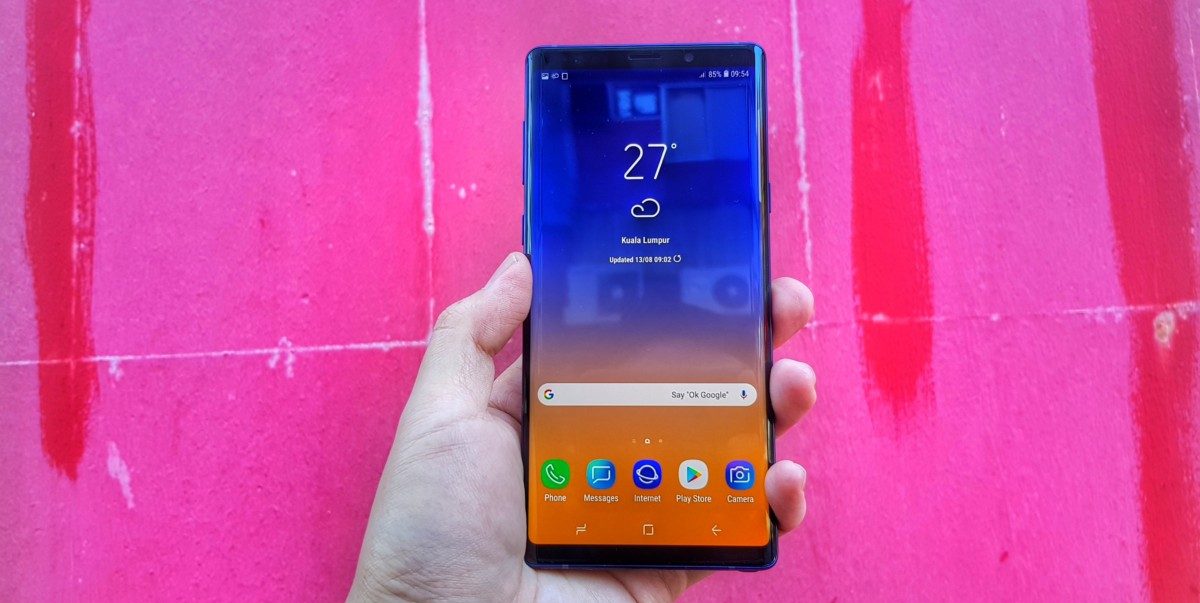 The Galaxy Note9 has a particularly handy feature that we’ve discovered that minimises bungles when you take pictures via what it calls Flaw Detection. It’s an optional mode that you can enable in camera settings but which ought to prudently remain on as it’s immensely helpful to ensure your shots remain consistently good.