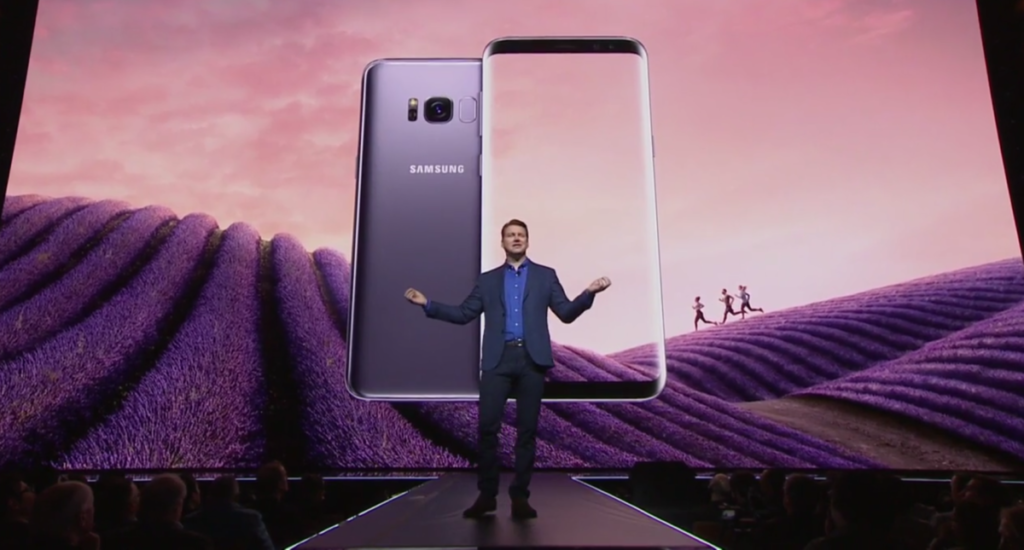 In the days leading up to today’s launch, a host of leaks made the rounds speculating everything from a new screen to a new AI running under the hood. Today, all the rumours have been put to rest as Samsung took the wraps off their latest flagships for 2017: the Galaxy S8 and the larger S8+. 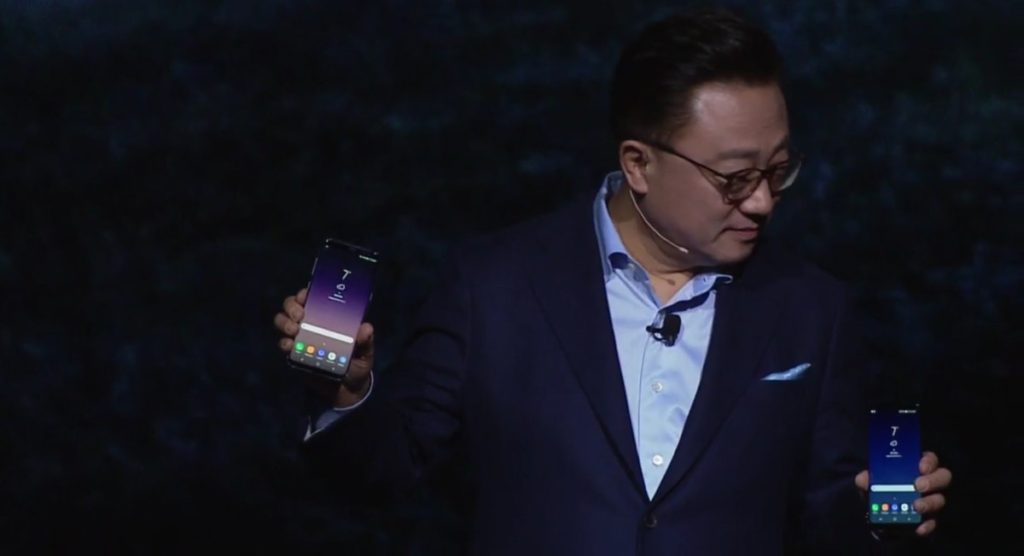 To Infinity and Beyond
The Galaxy S8 is an unusual, beautifully hewn and sleek phone that inherits aesthetic stylings from the older S7 edge with curved screen edges but differs primarily in that it is quite a bit taller with a 5.8-inch, 2,960 x 1,440 pixel Super AMOLED touchscreen that they have dubbed the Infinity Display with a razor sharp 570 ppi. There’s no logo or even a home button up front and it’s all taken up purely by screen real estate. The S8 also removes the old mainstay of Samsung’s phones: the lozenge shaped home cum fingerprint reader button. Instead, the home button is located directly under the glass along with the usual back and menu keys with haptic feedback too. The fingerprint reader portion of the phone is moved to the rear along side the camera. 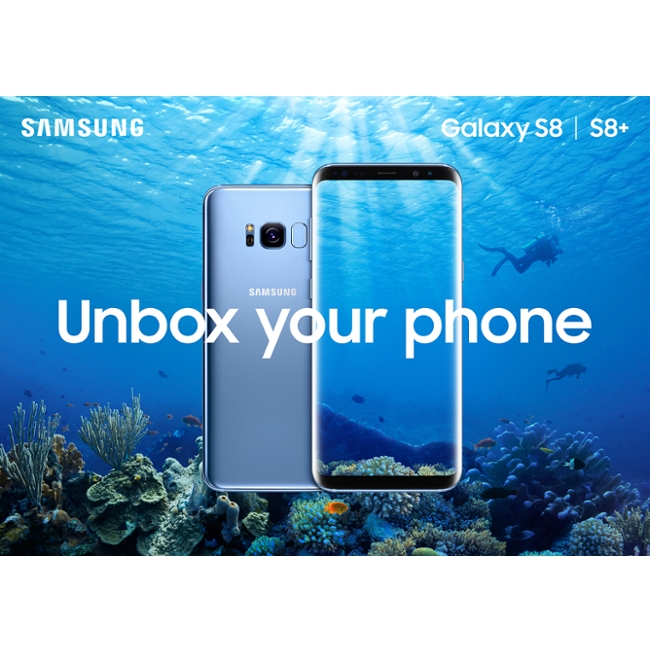 Of particular note is that the S8’s screen has received the official nod of approval from the UHD Alliance with Mobile HDR Premium certification, meaning that the phone’s display serves up movies and images the way they were meant to look by the director in the first place. That’s serious praise for a mobile display indeed. 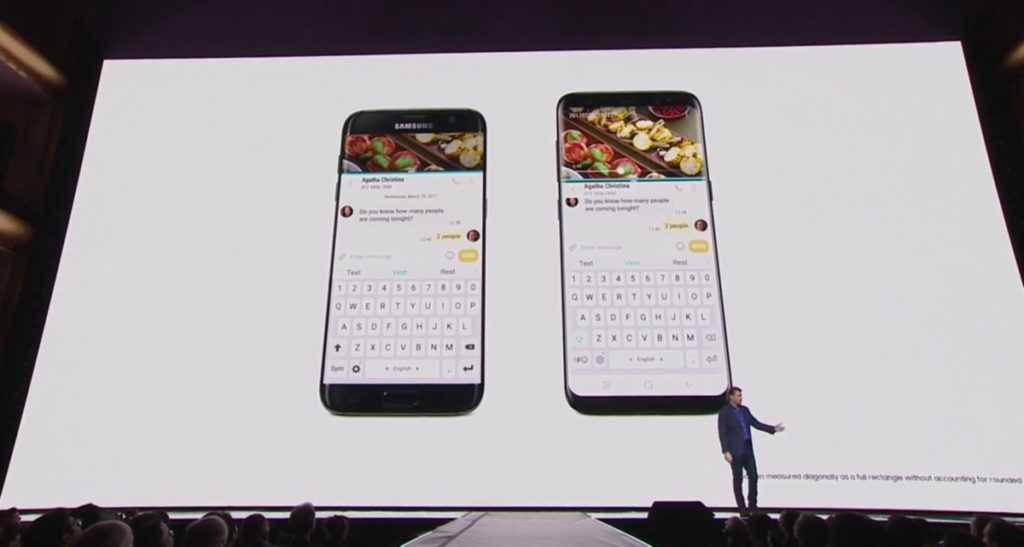 The S8 and S8+ are identical in terms of hardware and specs bar the larger display of the S8+ that comes with a 6.2-inch 2,960 x 1,440 pixel 529 ppi screen along with a slightly larger 3,500mAh battery. The Galaxy S8 comes with a more modest 3,000mAh battery. Both phones support wireless charging and their fast charging tech via a USB Type C port.

Some things have been retained: in particular the 3.5mm headphone jack that sidles right next to the aforementioned USB Type C port on the bottom of the phone. Up top, the S8 comes with an improved 8-MP camera with an F/1.7 aperture along with facial recognition. Right next to it is an iris sensor that allows you to unlock the phone with your peepers much the ill-fated Galaxy Note 7. The S8 does things one better though. On top of securing the phone with a fingerprint or iris sensor, the S8 also has a new face recognition mode . All you have to do is to put your face right up to the phone and it will automatically unlock. In practice, this sounds like a godsend especially if you’re trying to unlock your phone one handed and have horrendous hand-to-eye coordination. Of particular note is that the S8 and S8+ retain the IP68 water resistance of the S7 series of phones meaning that it won’t go kaput if it encounters a dip in the pool or a sudden deluge of rain. 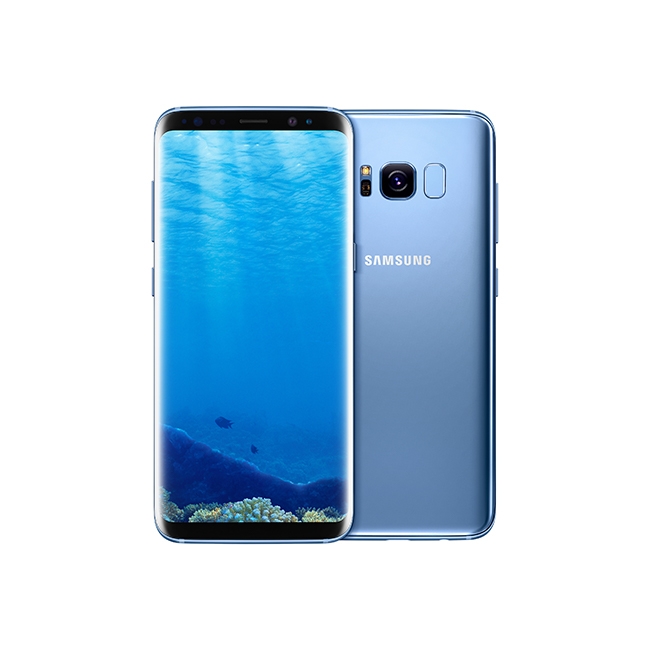 The rear of the phone sports a similar 12-MP camera with F/1.7 aperture as last year’s Galaxy S7 along with its impressive Dual Pixel imaging tech as well as optical image stabilisation but ups the ante with a raft of firmware improvements to render up better images including a Multi Frame processor mode that composites multiple shots together to create one good one. 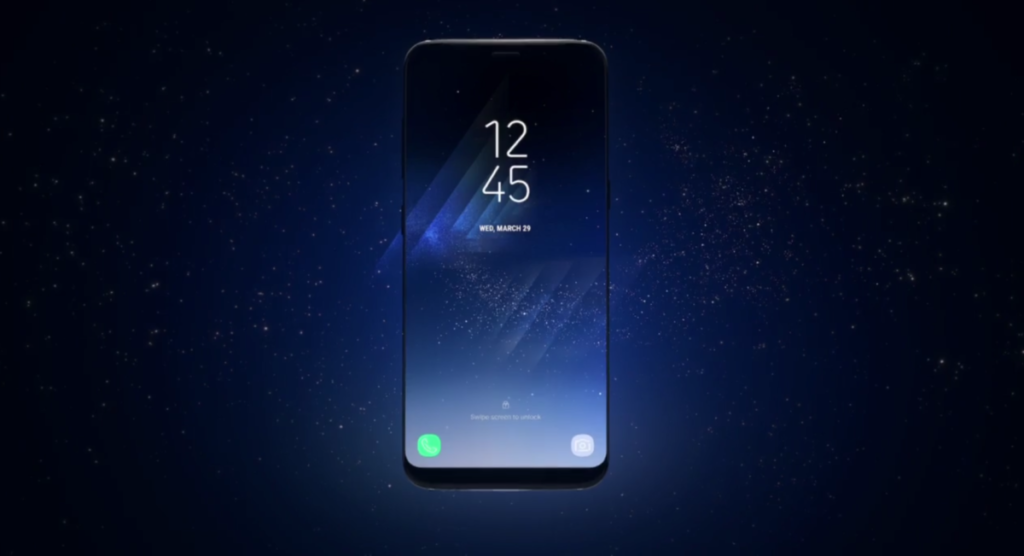 While they were mum on it during the presentation, it is likely that the S8 will come with either the new 10nm Exynos 2.3GHz octacore processor or a Snapdragon also built on the 10nm process at approximately the same speed depending on market. Following prior history, it’s likely that Malaysia versions of the S8 and S8+ will get the Exynos variant. This is complemented by 4GB RAM and 64GB of expandable storage. 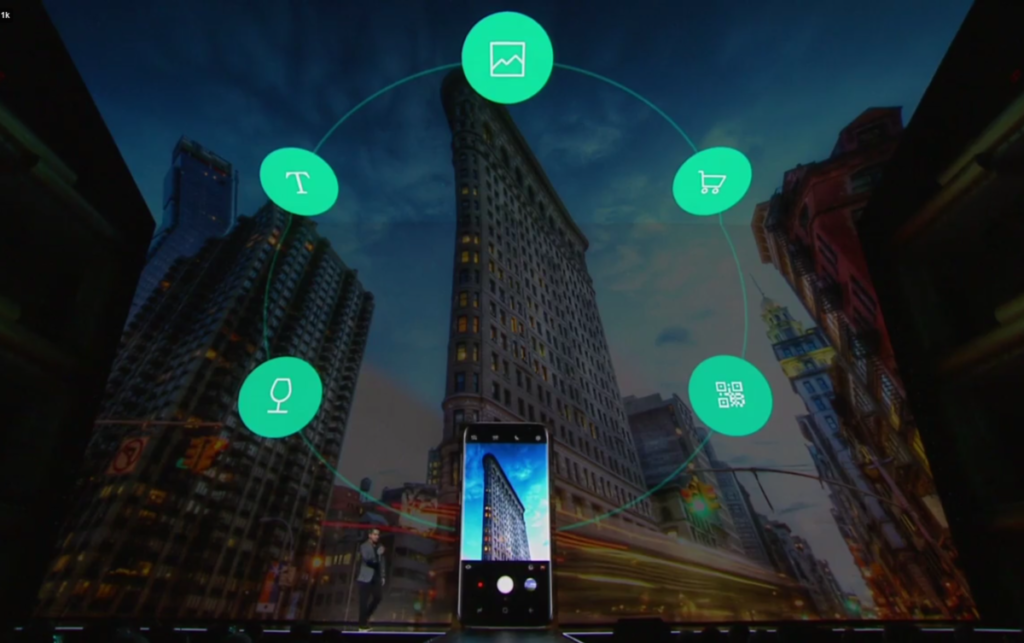 The improvements to the S8 and S8+ aren’t limited to just software. Samsung took great pains to show how deeply integrated their new Bixby AI is with the phone. It’s smart enough to understand content onscreen and the context thereof along with the ability to interpret and act on voice commands. During Unpacked, Samsung demonstrated how the S8 was able to send a GPS location to someone on Facebook Messenger and even identify the context of the verbal message to select which person to send it to on chat even though there were several that had a similar sounding first name. Bixby also has another trick too in that it’s deeply integrated into the rear camera, allowing you to turn on the camera, point it at something and then get Bixby’s smart interpretation of it. In short tests, it was able to recognise topiary, watches and the like and then suggest a number of different actions for it like shopping for something similar, suggestions for further research and the like. It’s a bit early to tell without a direct hands-on but it looks highly promising indeed. 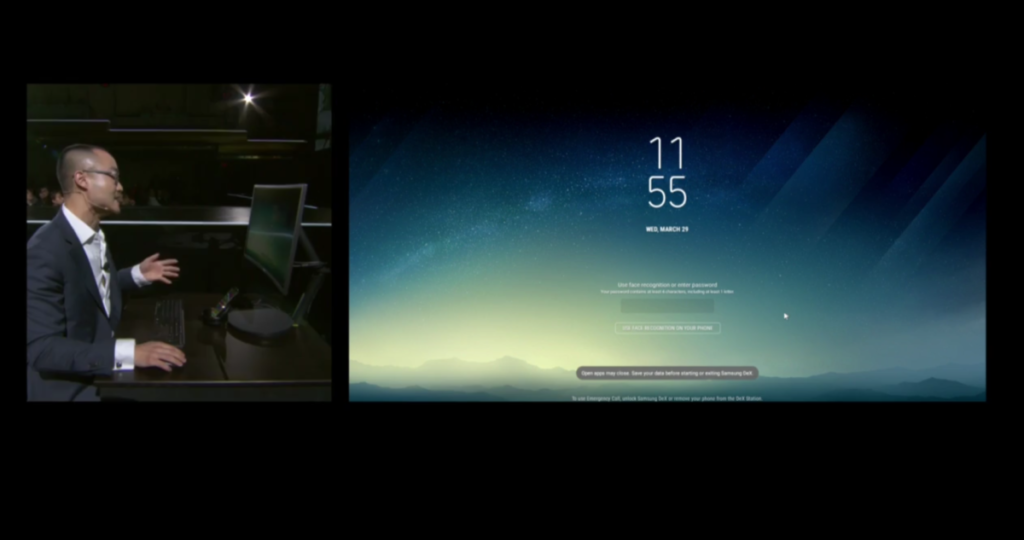 There’s no official word yet on when the S8 an S8+ will be arriving in Malaysia but a global launch date of 21 April was mentioned so odds are that they’ll be arriving sometime around that time though preorders are confirmed to commence from 11th April onwards. Five different colours were announced at launch including black, silver, gold, a fetching coral blue and a metallic looking purplish Orchid Gray but there’s no indication as to which colours are earmarked for Malaysia as yet. There were also a host of accessories announced with the S8 including the DeX dock that turns it the S8 into a bona fide desktop alternative, a revamped Gear 360 camera and a new Gear VR that integrates a controller. We’ll keep you posted. 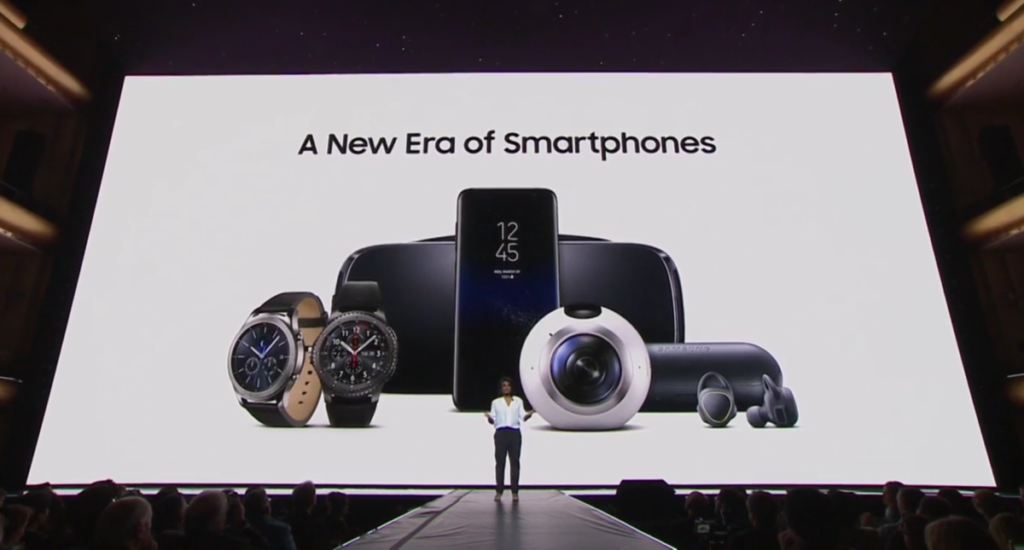