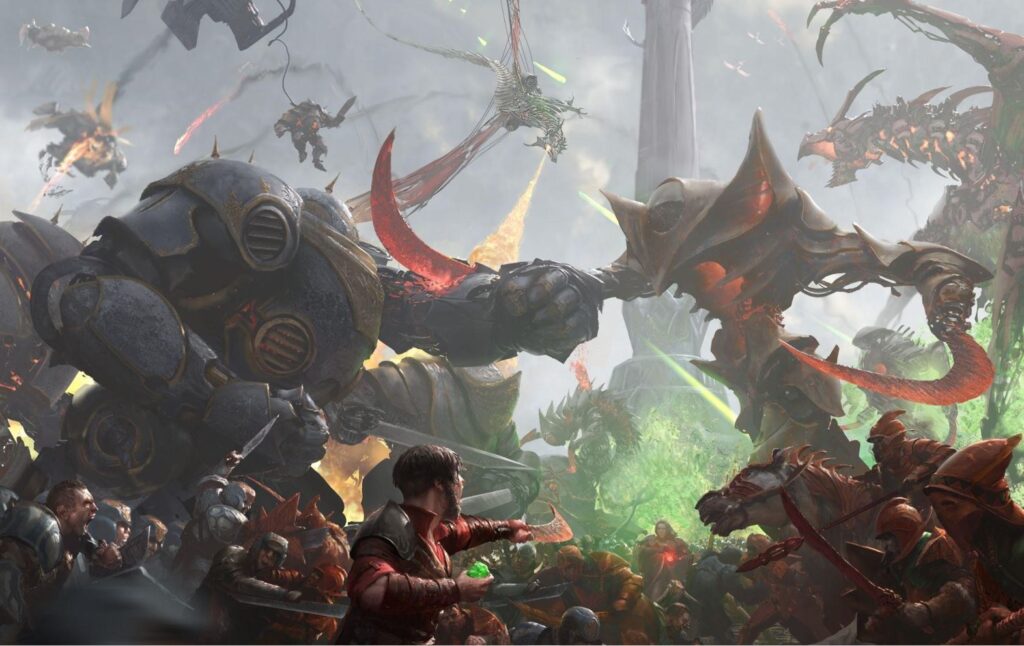 If you’re a Magic: The Gathering veteran you’ll likely have heard of, or experienced one of the core storylines of the game involving a plane-spanning war between two brothers – the titular Urza and Mishra. Now, you get to see it up close for yourself in the new The Brothers’ War expansion set that will also feature the titular Transformers protagonist and nemesis Optimus Prime and Megatron.

What is Magic the Gathering The Brothers War expansion?

The new Magic The Gathering The Brothers War expansion will consist of 287 cards and will be released this coming 18th November 2022. Fans in Singapore, Malaysia, Thailand, Indonesia and the Philippines will get the chance to get either Construct or Urzan Automaton tokens done up in a stained glass motif like the one issued in Dominaria United. Naturally, there’s a catch and you’ll have to purchase at least RM450 of The Brothers War product to be eligible to get the token. 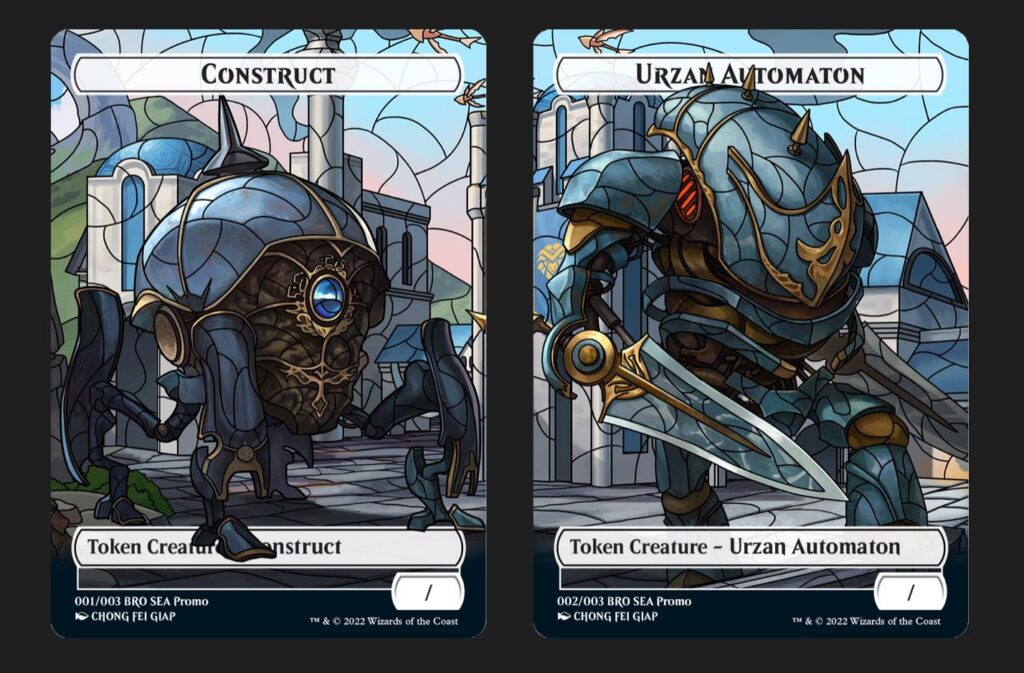 The Brothers War set also feature new mechanics such as Powerstones which are colourless artefact tokens that can be tapped for additional mana but which can’t be used on non-artifact spells, a Prototype mechanic for use on giant constructs to let them be deployed faster but with weaker stats, Meld that combines two cards into one giant card and Unearth that lets cards return from the graveyard for one turn before being exiled again. 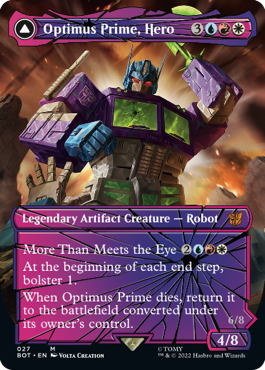 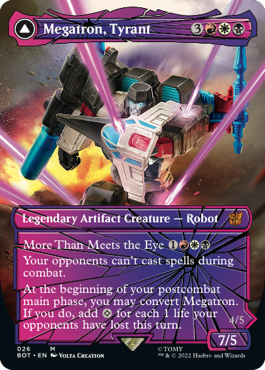 The set will also feature 10 new basic art lands and, best of all, feature the titular Transformers characters Optimus Prime and Megatron who come with special borderless frame art and tough stats. For more details, stay tuned to https://magic.wizards.com/en/products/the-brothers-war