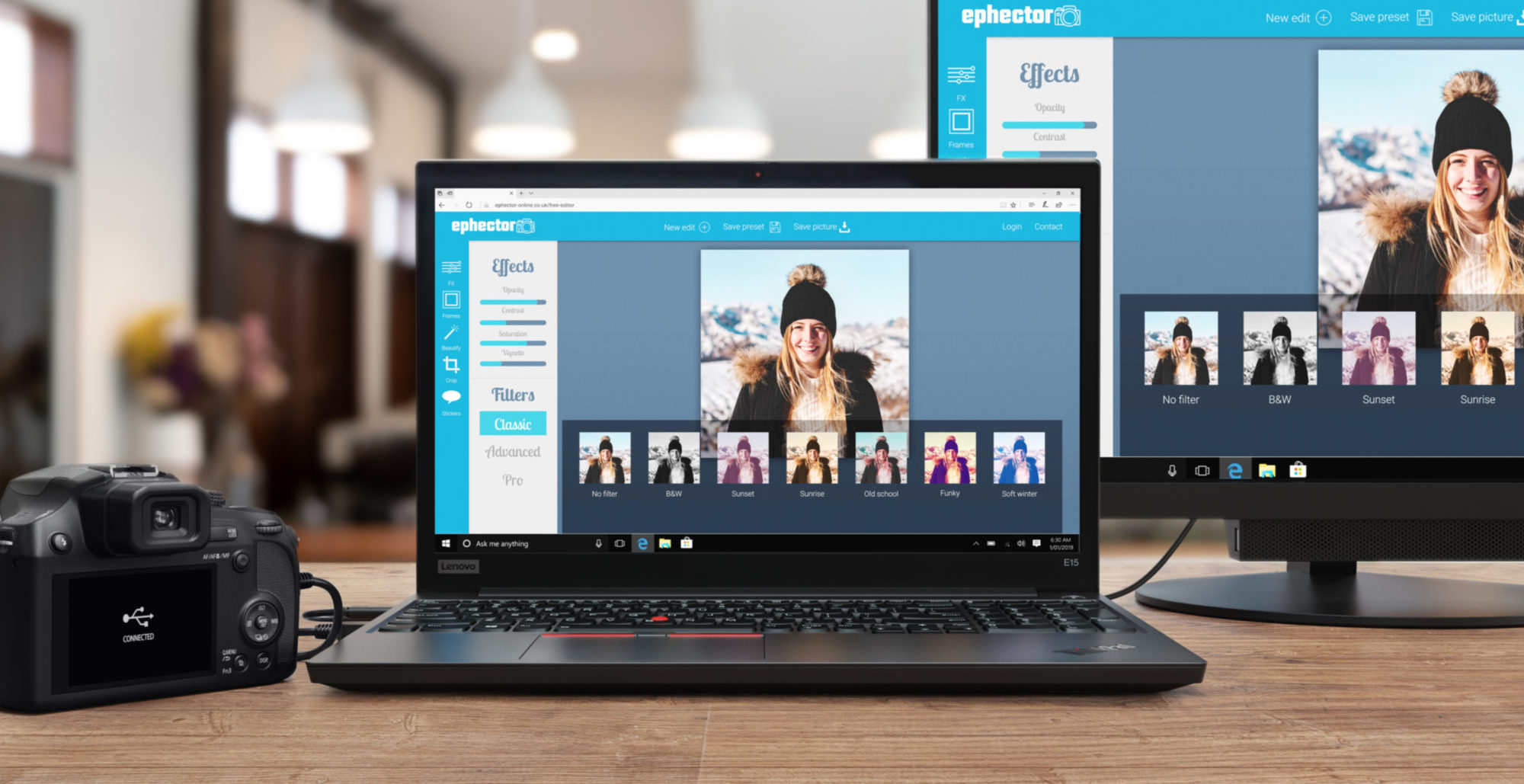 Lenovo has added two new affordable work-oriented notebooks to their ThinkPad line-up dubbed the ThinkPad E14 and ThinkPad E15 that now come with AMD Ryzen 4,000 series processors which add a new dimension of affordability to kit out entrepreneurs and small businesses while retaining significant security measures. 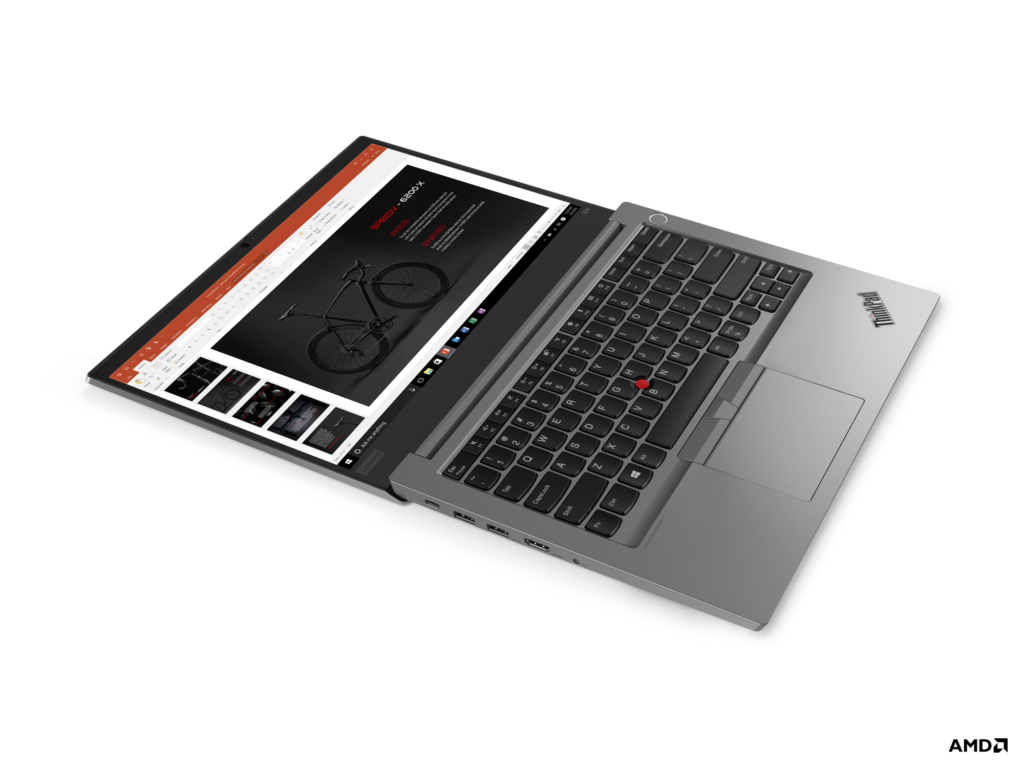 Prior to this, the ThinkPad E14 and E15 shipped with 10th Gen Intel processors but the addition of AMD Ryzen 4000 series mobile processors offer excellent improvements over the prior AMD Ryzen 3000 series with 29% improved single-thread performance, 132% enhancements in multi-thread performance and 13% improvement in graphics performance as well as overall enhancements compared to competing Intel processors in equivalent categories. In Malaysia, the ThinkPad E14 and E15 can be equipped with up to Ryzen 7 5700U processors with Radeon EX460 graphics.

“AMD’s Ryzen for Business portfolio delivers advanced performance, security, and battery life to our ThinkPad portfolio. We are delighted to partner with AMD and leverage their ground-breaking 7nm process technology within our ThinkPad laptops, and to offer our customers class-leading computing solutions that will help ensure business continuity during and beyond these challenging times,” said Varinderjit Singh, General Manager of Lenovo Malaysia. “

Both notebooks also have larger displays with an enhanced 85% screen-to-body ratio compared to their predecessors. Other features coming as standard include Harman Kardon speakers and optional WiFi 6 connectivity as an add-on.The ThinkPad E14 and E15 are also rated for MIL-STD 810G levels of durability as well which includes splash proofing on the keyboard to protect from minor spills which makes them exceptionally tough indeed.

In terms of security features, the revamped Thinkpad E14 and E15 includes fingerprint readers integrated into the power button as well as the optional addition of IR cameras that have Glance by Mirametrix tech that intelligently locks the ThinkPad out if you’re away from your desk. One additional helpful feature is the addition of privacy shutters on the webcam cameras.

The ThinkPad E15 is quite configurable and has a 15.6-inch Full HD display with your choice of either an IPS or TN panel, up to AMD Ryzen 7 processors with AMD Radeon graphics, up to 24GB of DDR4 3,200MHz RAM, up to a 51GB M.2 PCIe NVMe SSD along with a spare SSD bay. 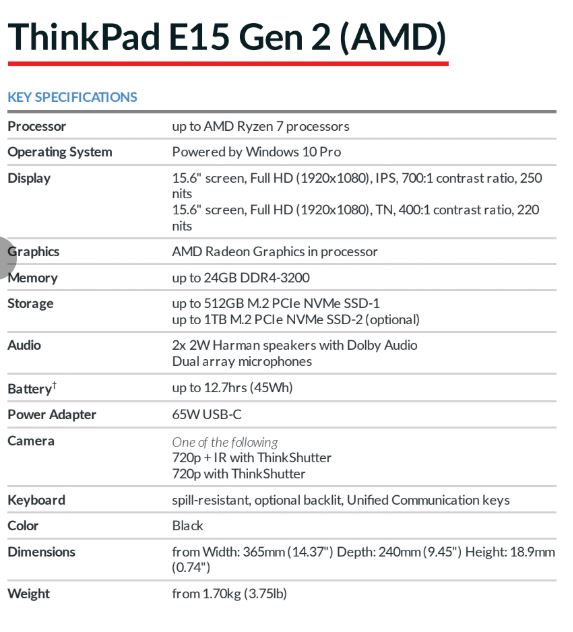 The fingerprint reader comes baked in as standard with either a standard HD webcam or one with an IR sensor and the aforementioned Glance tech. In terms of battery life, the ThinkPad E15 is rated for up to 12.7 hours of use on the 45Wh battery. 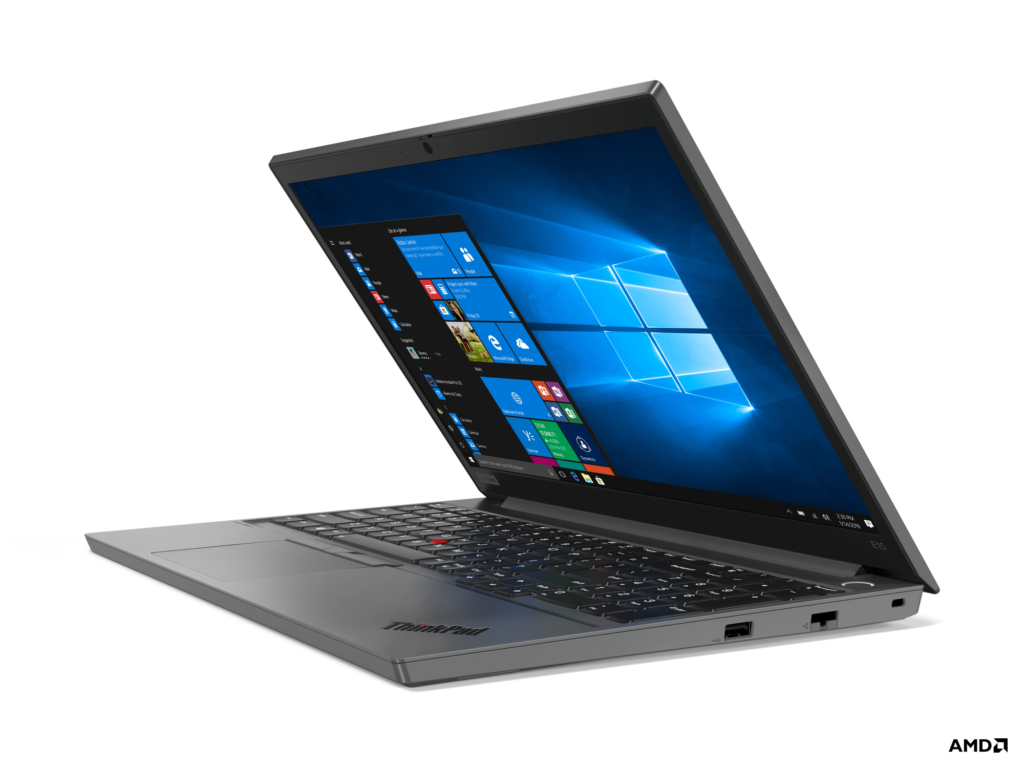 The smaller ThinkPad E14 has similar configurability as the larger ThinkPad E15 albeit with a smaller 14-inch Full HD display that comes in your choice of either an IPS or TN panel. 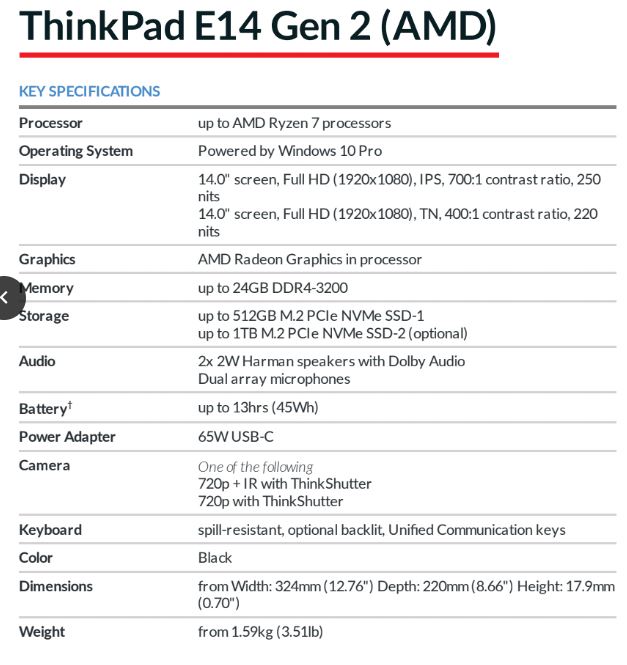 The rest of the hardware configuration options is otherwise identical with up to AMD Ryzen 7 processors with AMD Radeon graphics, up to 24GB DDR4 3,200MHz RAM, up to a 512GB M.2 PCIe NVME SSD and a secondary SSD bay that can cram in up to a 1TB hard disk and up to 13 hours of battery life on the 45Wh battery. 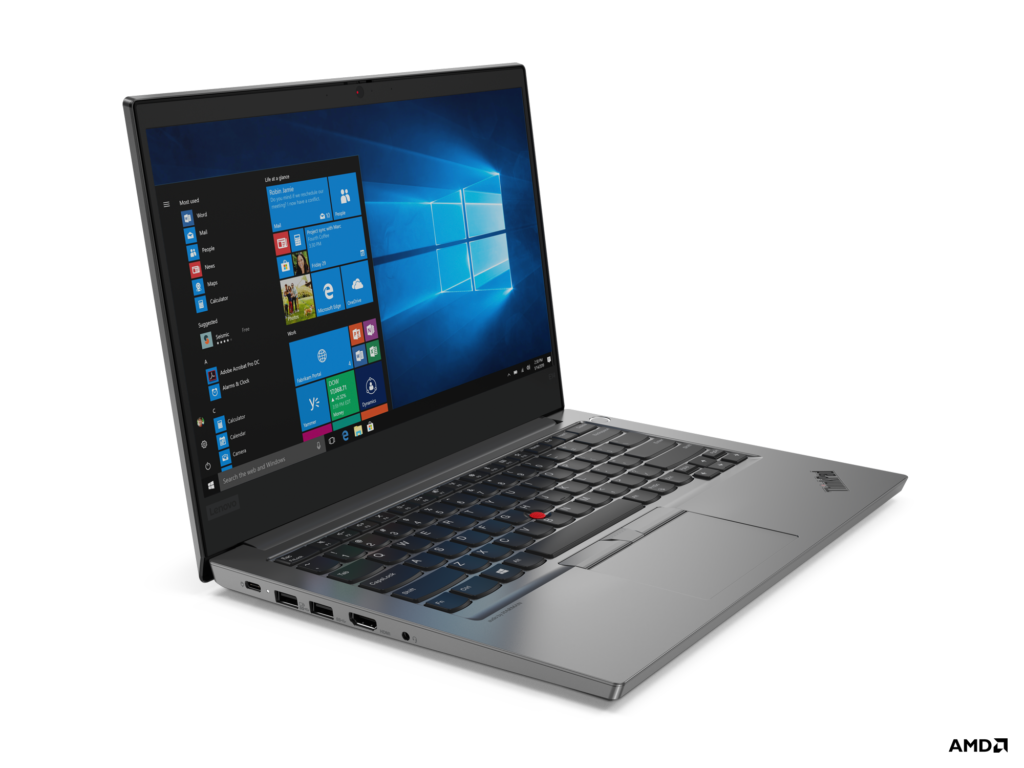 According to Lenovo, the ThinkPad E14 and ThinkPad E15 will vary in terms of price based on configuration. Both notebooks are made to order so you’ll need to order them from Lenovo’s distributor SNS Network (M) Sdn Bhd for a quotation at sales@sns.com.my.