Having a good keyboard that you can rely on is half the battle won on a virtual battlefield and Alienware is looking to get in on the game, literally with their new Alienware RGB AW410K mechanical gaming keyboard that comes with the requisite RGB lighting and more.

The Alienware RGB AW410K keyboard comes with Cherry MX Brown keys that blend tactile feedback and quiet-click keys with low actuation force. The keys are fully programmable for macros and the switches themselves are mounting directed on the metal top plate for easier cleaning.

Just to ensure that you’ll get your money’s worth, these switches are rated for a lifespan over 100 million keystrokes. That’s a lot of Modern Warfare: Warzone games, mind you. 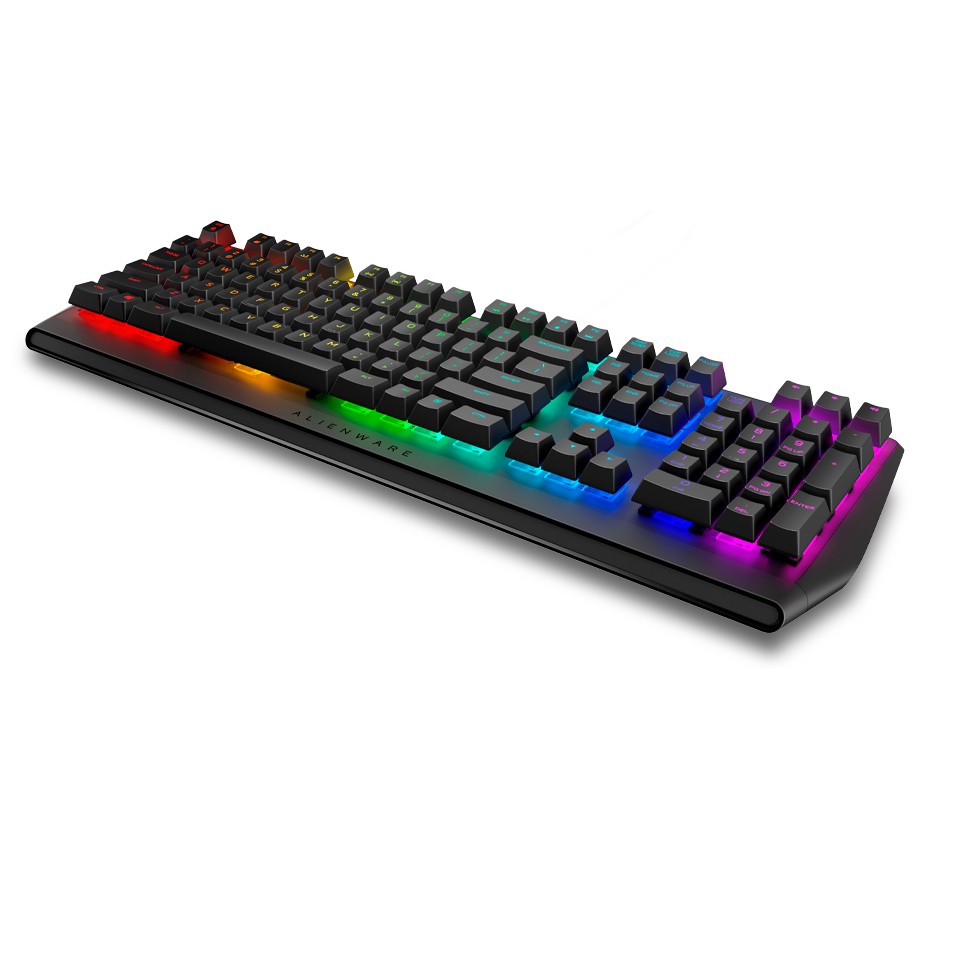 Other features of note include dedicated audio controls, an integrated USB passthrough to plug your mouse or charge your phone without having to fiddle with your PC, a braided 2-metre long cable to hook up to your PC along with 3 height adjustment settings so you can get your setup just right. And yes, it has per-key AlienFX RGB lighting so you can tweak your aesthetics to be as immersive or as loud as you want it to be from your choice of a staggering 16.8 million colours

There’s no official pricing yet for the Alienware RGB AW410K mechanical gaming keyboard but it was stated to retail for USD$129.99 which is about RM556. What is certain is that it will be available from 4th August 2020. In the meantime, stay tuned for updates as we get them and the Alienware Malaysia site too. 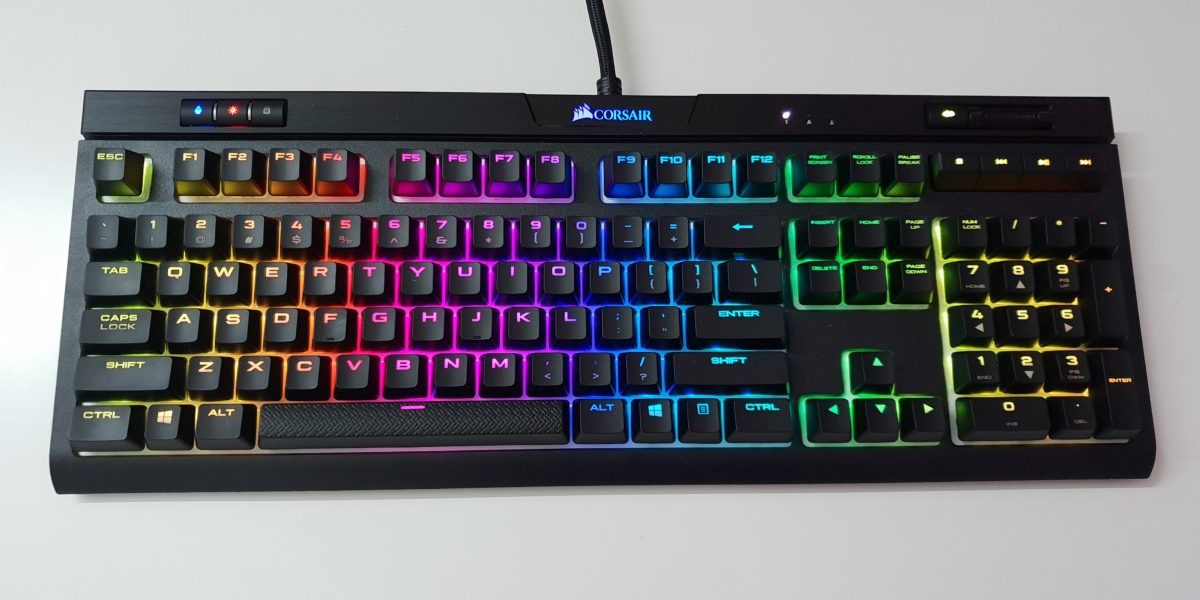 As you’d likely surmise from its straightforward nomenclature, the Corsair Strafe RGB Mk2 with Silent Switches is the successor to their prior first generation Corsair Strafe and has RGB backlighting and Cherry MX silent switches emplaced beneath the key caps.

In keeping with contemporary gamer sensibilities, the keyboard itself is primarily made of matte black plastic with an optional removable wrist rest inset at the base. As par for the course, it comes with gaudy RGB backlighting under every keycap in almost every colour of the rainbow that you can customise to your whims via their iCue software which proved functional if archaic with a rather unintuitive user interface that required quite a bit of fiddling to yield results. 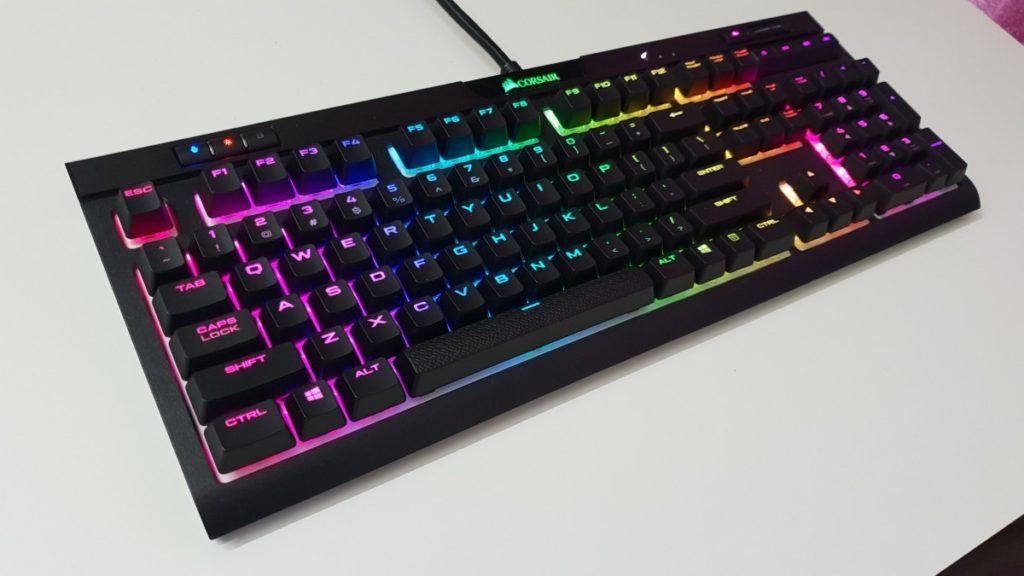 The design itself is rather straightforward, lacking flourish or unusual design specific embellishments with hard angular edges all around. The most distinctive aspect of its design is the fact that there’s a Corsair logo at the top of the keyboard.

Corsair logo aside, it’s layout is otherwise similar to most other keyboards though it does add in a dedicated set of media playback controls, a volume scroll bar, a profile switch button that lets you swap different RGB backlighting schemes at will as well as the notable inclusion of a USB passthrough to two USB connector ports via an impressively sturdy cable. 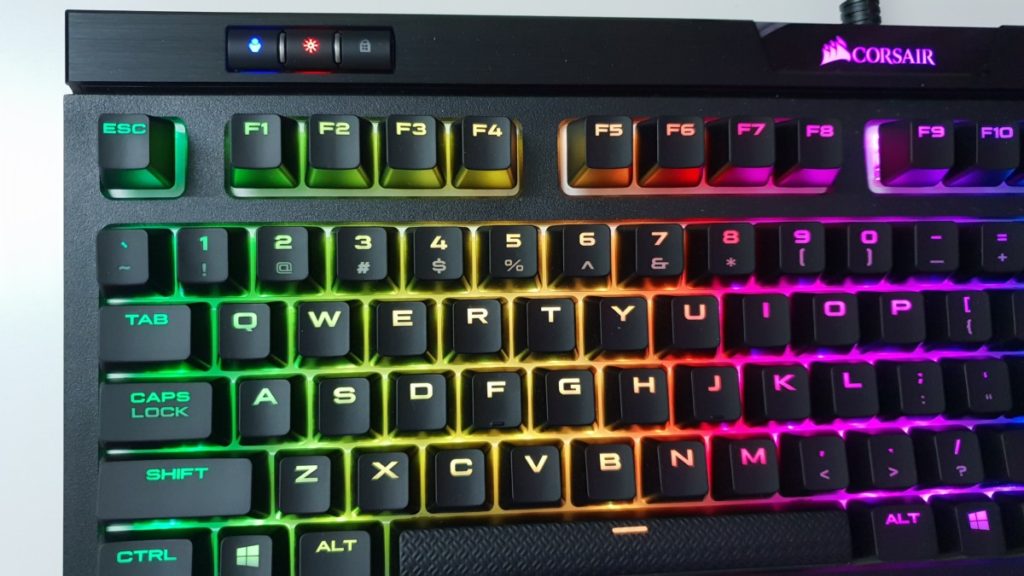 To pander to FPS and MOBA gamers, Corsair has also tossed in an extra set of textured keycaps that you can swap out of the keyboard to pander to your specific game genre of choice. It’s fairly well built as keyboards go but it’s plain design makes it look rather unremarkable compared to the host of contenders in the market vying for your wallet.

The Cherry MX Silent worked as advertised with a significantly quieter report with every key press though it bottoms out with a rather soft feeling sensation which may be a concern to gamers who prefer a more tactile, clackier experience.

Contrary to popular belief, the Cherry MX Silent keys aren’t whisper silent and create a more muted click rather than the usual crisp clack with other switches. If you’re working in a quiet open office or are streaming live video, you’ll appreciate the virtues that the Strafe RGB Mk.2 brings to the table as it makes less noise than many other keyboards. 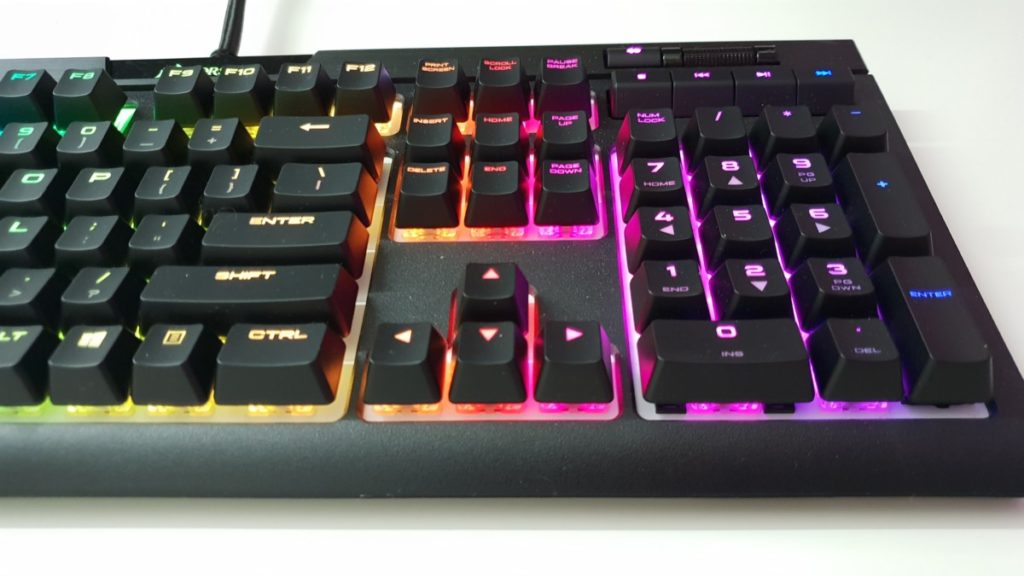 When put to the test, there was no discernible delay in terms of response times while playing across several matches CS:GO as well as League of Legends with the keyboard proving to be responsive and accurate with no typos or major ghosting detected.

The other additional features available on the keyboard worked well with the scroll wheel offering precision control over audio volume while the USB pass-through frees up ports on your PC for your gaming mouse and other kit. 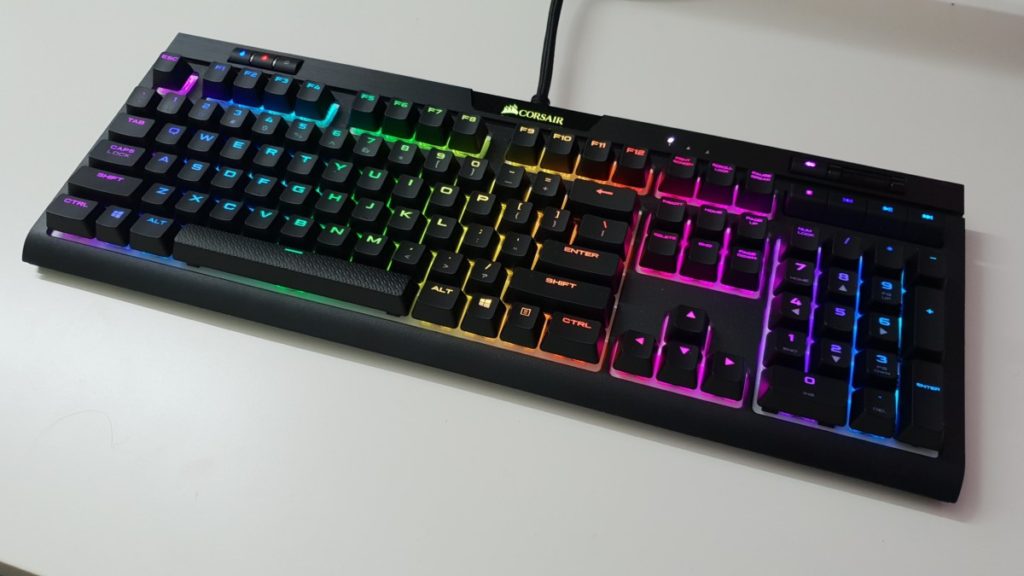 Bar the more muted and slightly quieter feedback of the Cherry MX Silent switches, the Corsair Strafe RGB Mk. 2 doesn’t bring much else to the party. Its well made and sturdy with quieter keys but its price tag means you ought to try it out first at a store before committing. 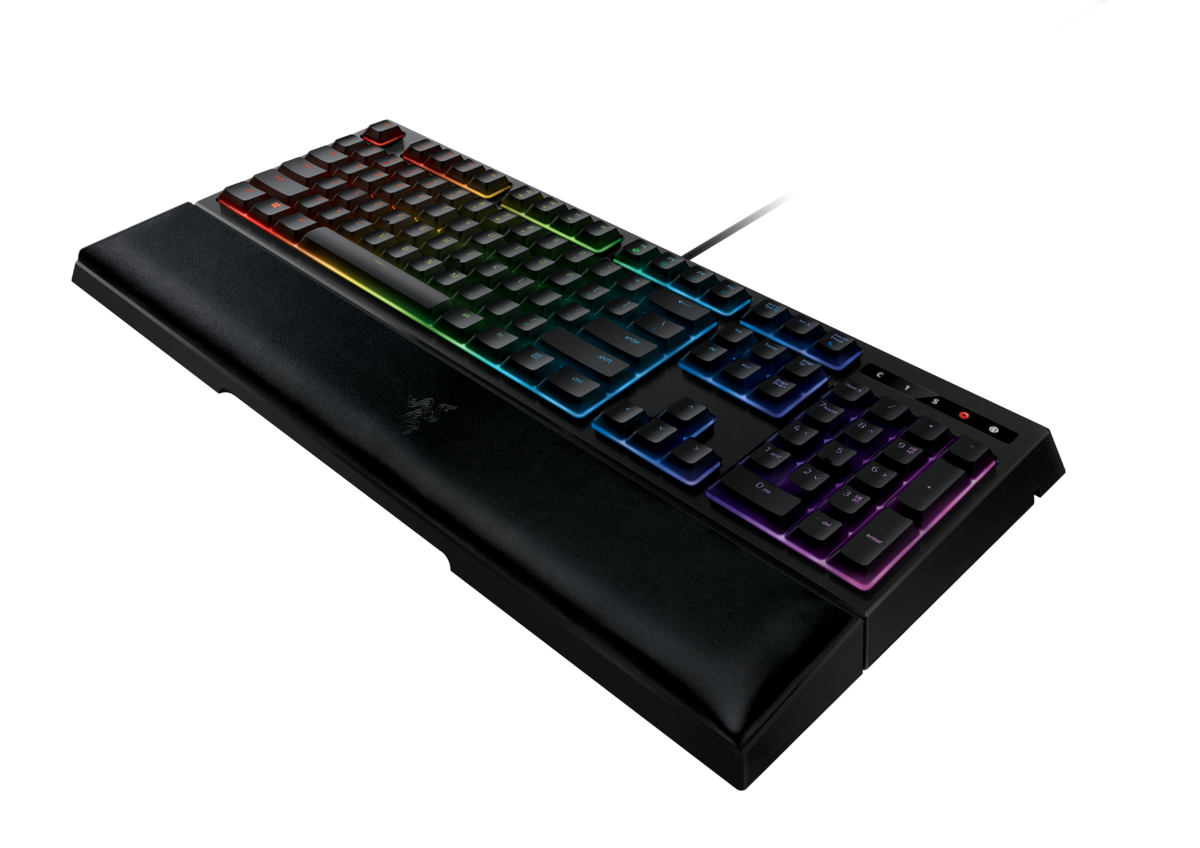 Razer just upped the ante on their mechanical keyboards as they’ve managed to combine the best features of both membrane and mechanical keyboards together into a new hybrid tech of sorts dubbed the Razer Mecha-Membrane. Keyboards that incorporate the Mecha-Membrane will have the soft cushioned feel of a membrane keyboard combined with the responsive tactility of a mechanical switch keyboard. This is combined with mid-height keycaps for a swifter, more efficient typing experience.

The first recipient of Razer’s Mecha-Membrane tech is their own Ornata Chroma gaming keyboard. On top of the tangible tactile benefits of their Mecha-Membrane tech, the Ornata Chroma has highly customisable lighting features with the option to choose from 16.8 million colours along with a variety of different programmable effects. This light show can also be synched with other Razer Chroma gear for a colour coordinated gaming extravaganza. The Ornata Chroma also sports a detachable padded wrist rest that latches on magnetically for support and can be removed if you need to use it in a compact workspace. It’s not just about the light show though, the Razer Ornata Chroma has a game mode, a 10-key rollover and an anti-ghosting ability for up to ten simultaneous key presses at a time; handy for beat-em-up games or otherwise general button mashing oriented gaming.

If you’re not so big on the whole colour thing, you can opt for the Razer Ornata that is functionally identical (including the cushy padded wrist rest) and differs primarily in that it comes with monochrome green backlighting rather than the kaleidoscopic lightshow that the Razer Ornata is capable of displaying with a commensurately lower price tag. 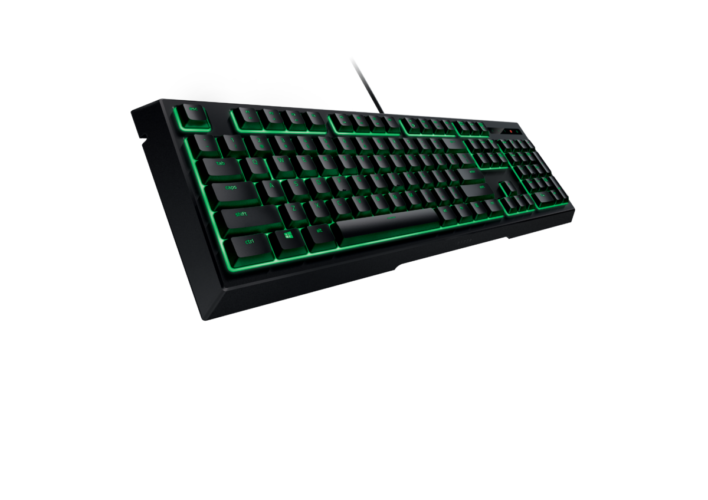