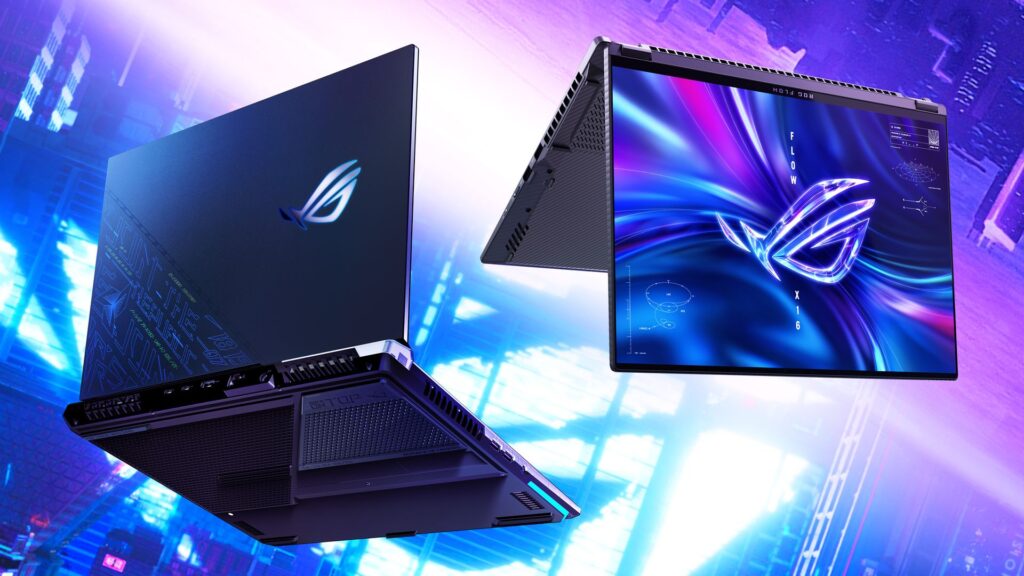 The latest ASUS Republic of Gamers live stream event that they’ve dubbed as the ROG For Those Who Dare: Boundless stream revealed two new gaming rigs dubbed the ROG Strix SCAR 17 Special Edition and the ROG Flow X16 gaming convertible along with new fashion gear that include bags and hats and serendipitously enough, a game too.

The ROG Strix SCAR 17 Special Edition features the best hardware that ROG can shoehorn into its 28.3mm thin chassis and is essentially an upgunned, classier looking variant of the conventional ROG Strix SCAR 17. Specifications vary slightly based on region but you can get it with up to a 17.3-inch QHD (2,560 x 1,440) pixel display with a 240Hz refresh rate, a 3ms response time, 100% DCI-P3 colour gamut and Dolby Vision though it does exist in as a Full HD 1080p option with a 360Hz refresh rate. 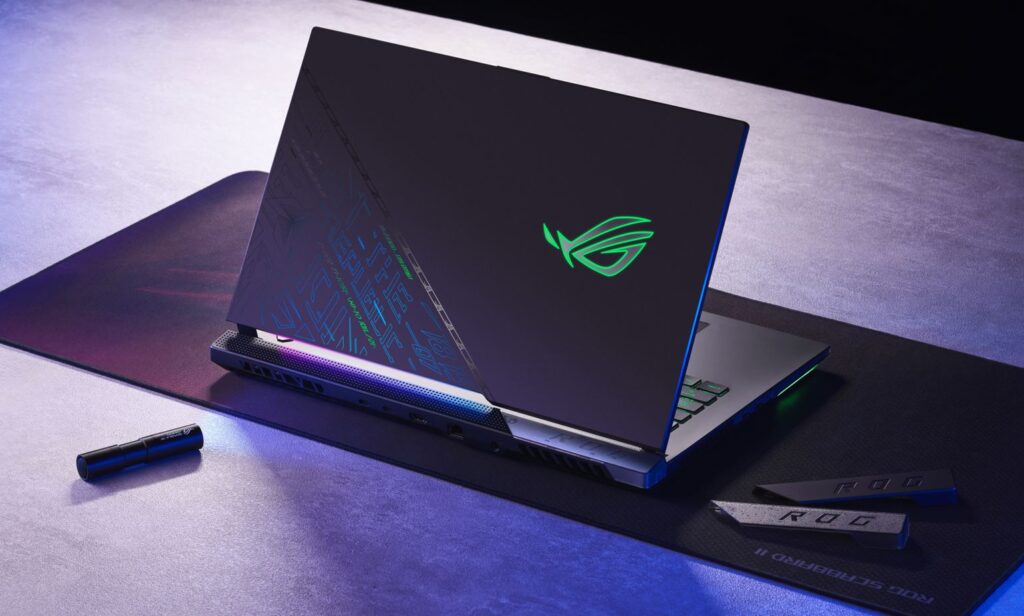 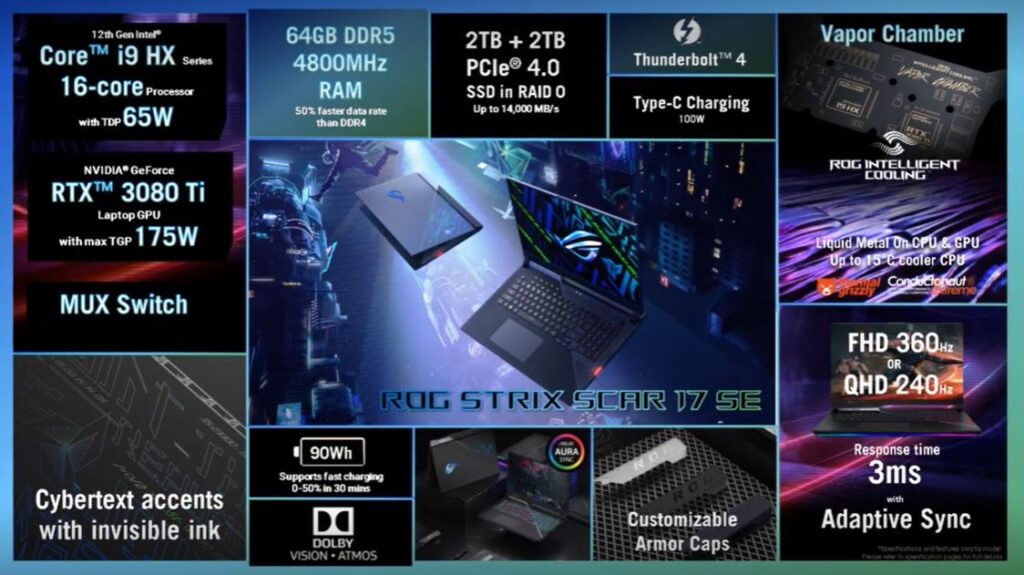 Aesthetically speaking, the ROG Strix SCAR 17 differs from its more conventional siblings as it has invisible ink applied to its chassis that appears in shades of green and blue when illuminated by an UV light. There’s no official price tag yet but we’ll keep you posted when and if it appears in Malaysia.

The ROG Flow X16 convertible continues their development of a light and portable yet full fledged gaming convertible laptop to the fullest extent possible with current tech. The Flow X16 weights just 2.1kg and relies on an external XG Mobile GPU for extra pixel crunching punch but is a respectable contender on its own as it also has its own laptop grade GPU. 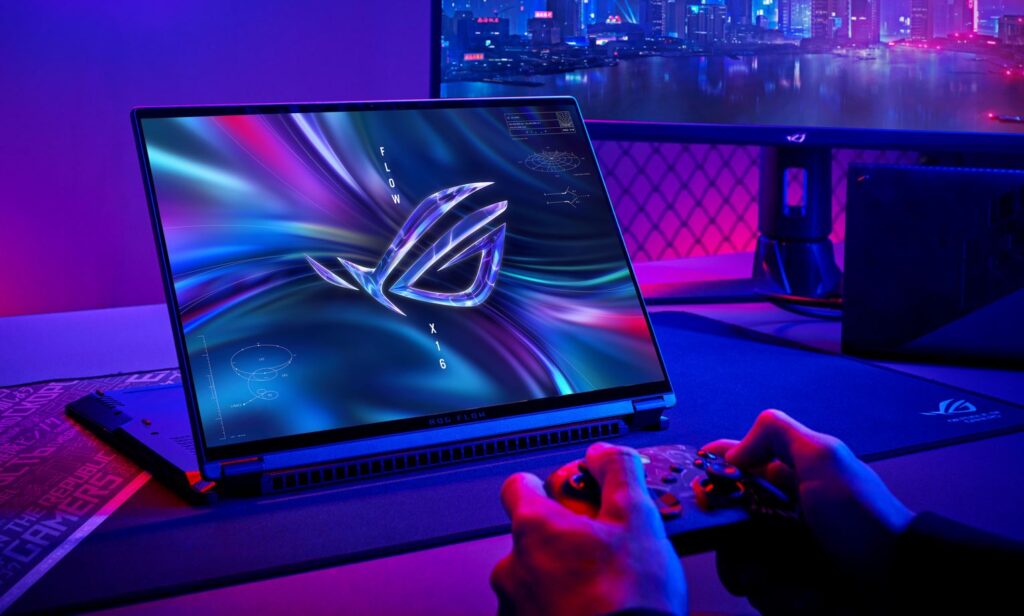 You get up to a 16-inch QHD (2,560 x 1,600) pixel resolution touchscreen display with a 16:10 aspect ratio, a 165Hz refresh rate, 3ms response time, 100% DCI-P3 colour gamut with Pantone Validation and you get 500 nits peak brightness with Adaptive Sync though an LED QHD panel option is also available. 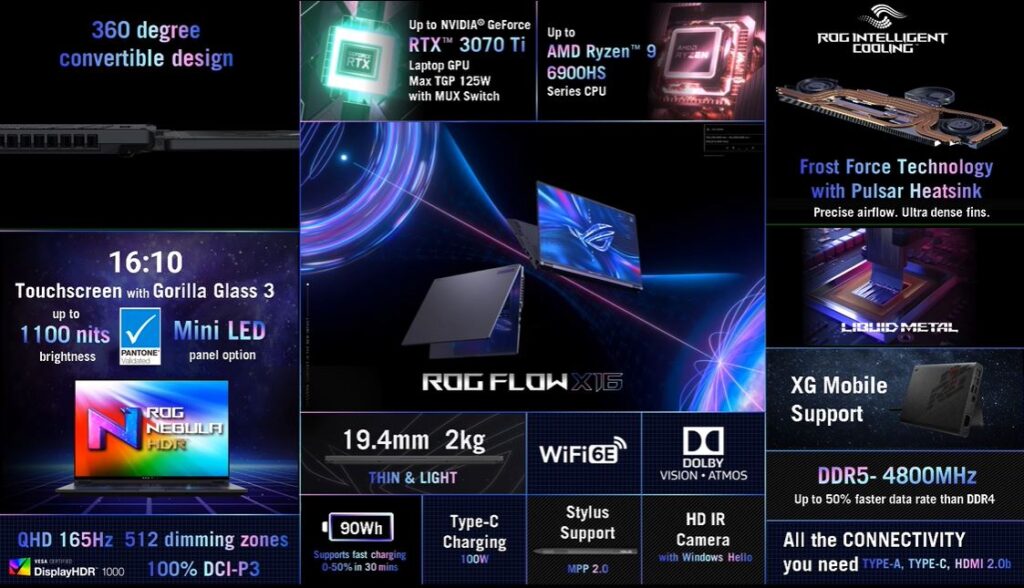 The convertible runs Windows 11 Pro with up to an AMD Ryzen 9 6900HS processor, up to an NVIDIA GeForce RTX 3070 Ti with 8GB GDDR6 VRAM and a total 125W TGP with Dynamic Boost, has up to a 2TB SSD and also has upgraded cooling with a trio of fans and a high density Pulsar Heatsink for superior heat management. There’s no official word on exact specifications and pricing for Malaysia yet or if it will arrive locally but we’ll keep you posted!

At the launch, ROG revealed a premium ROG Slash line of bags that include a Crossbody Bag, a backpack, a hip bag and a protective laptop bag to handle the essentials of everyday life. Other additions to the line-up include a Cobra Buckle Cap and bucket hat. 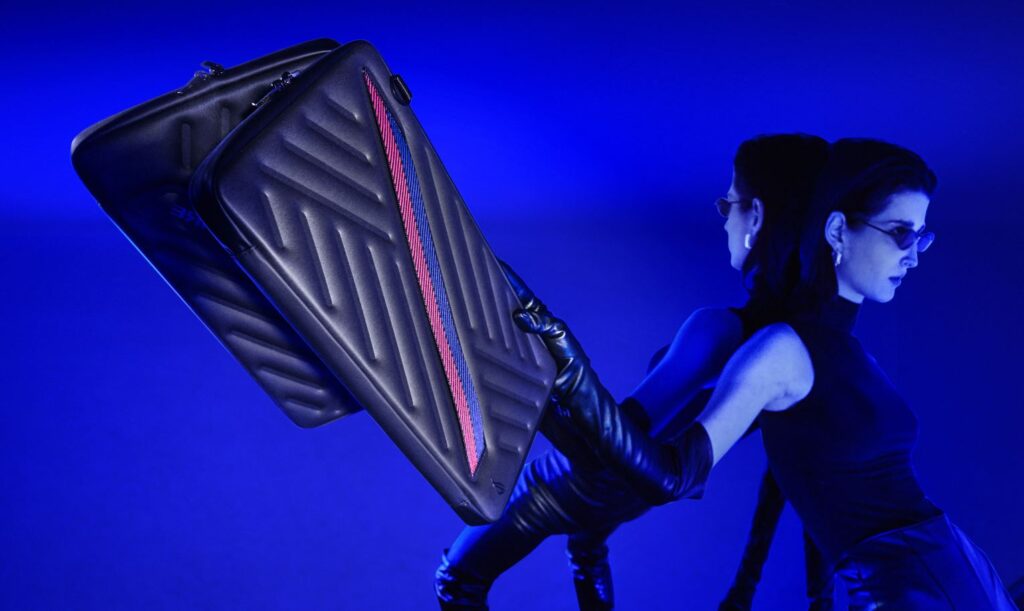 The new SCAR Runner is a first person parkour game that ties into the new ROG Strix SCAR 17 Special Edition laptop with clues embedded into the laptop itself in some form or fashion.

The game is launched in tandem with a US$20,000 giveaway that includes the prize Strix SCAR 17 SE gaming laptop itself, ROG Slash apparel and more that will take place from now until 30th June 2022. For more details on the competition check out their official page at https://rog.asus.com/event/scar-runner/