A novel if pricey proposition, the STM Wireless Powerbank has its virtues in terms of versatility on account of wireless charging and variety of ports though more affordable options abound.

The STM brand is gaining quite a reputation amongst savvy urban commuters as their array of gear is sturdily built, immensely practical and addresses quite a few pain points that other manufacturers don’t tackle like their STM Wireless Powerbank and their Myth 28L backpack which we reviewed awhile back.

Like most smartphone users these days, you’ll likely have to tote a powerbank or two around with you if you’re out and about as a precautionary measure.

If it’s like most mainstream powerbanks these days, you’ll have to hook it up to your phone via a charging cable. The challenge with this particular method is that you’ll have to hold both the powerbank and your phone around with the cable dangling in the wind for the next couple of hours. Alternatively, you can pop the powerbank in your pocket or handbag but that simply results in you looking like you’re toting around an early circa-1980’s walkman with the cable snaking out and likely getting underfoot by accident.

Alternatively, you can opt for wireless powerbanks though they’re often pricey and they still need you to hold both your phone and powerbank together to maintain a charge, which puts you solely back to square one. That’s where STM’s Wireless Powerbank comes into the picture. 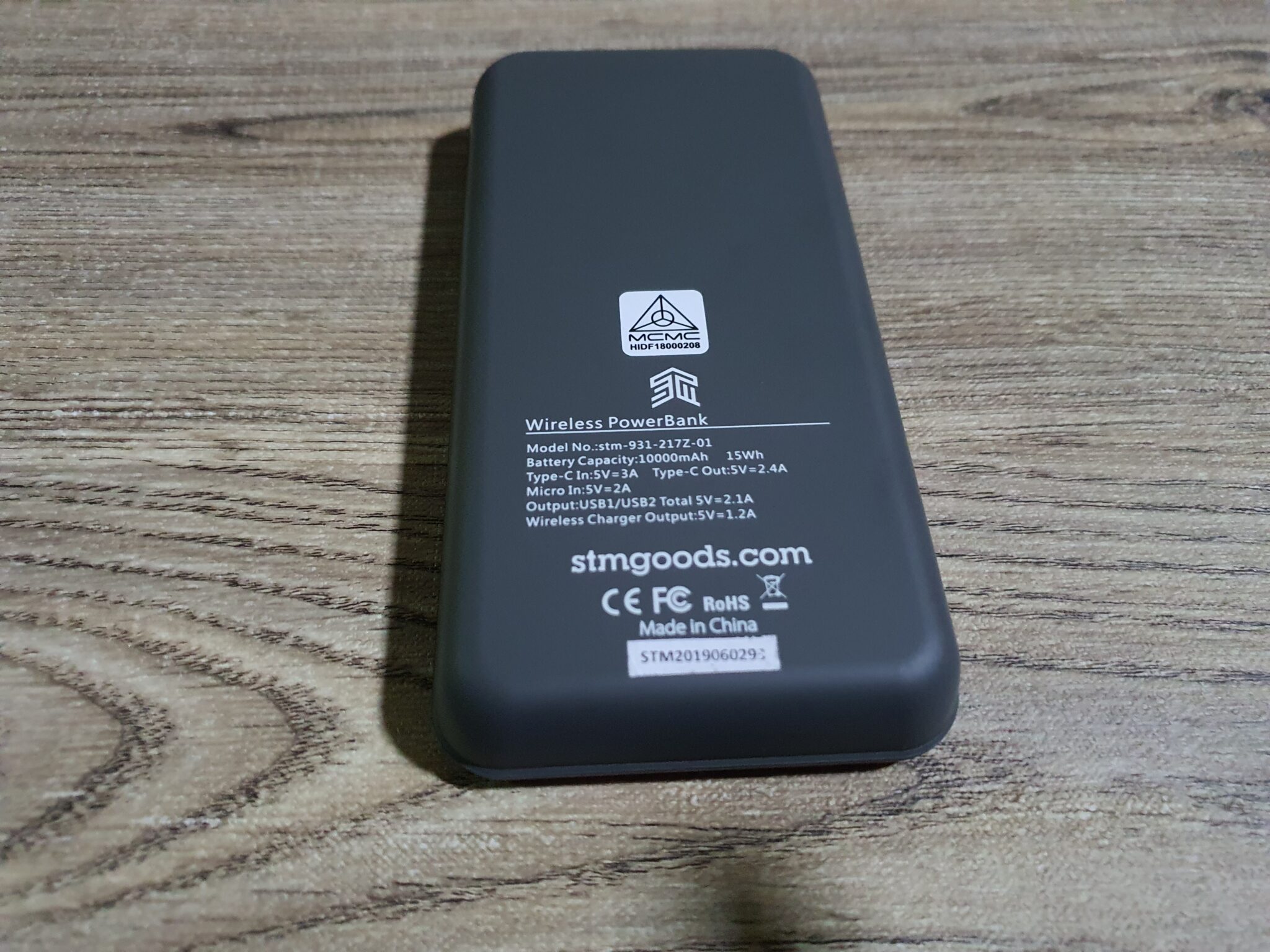 Externally, the STM Wireless Powerbank is a rather chunky affair done up in a shade of matte gray with a sturdy plastic casing that holds a 10,000mAh battery with two USB Type-A ports, a side mounted micro-USB port and a USB Type-C port which makes for a very comprehensive selection that covers almost all the bases. The inclusion of a USB Type-C port is very welcome seeing as micro-USB ports are going the way of the dodo and which require users to carry a different set of cables to charge it in the field. Oddly enough, they toss in a USB Type-A to micro-USB cable in the packaging on the house though a Type-C cable would have been more welcome. 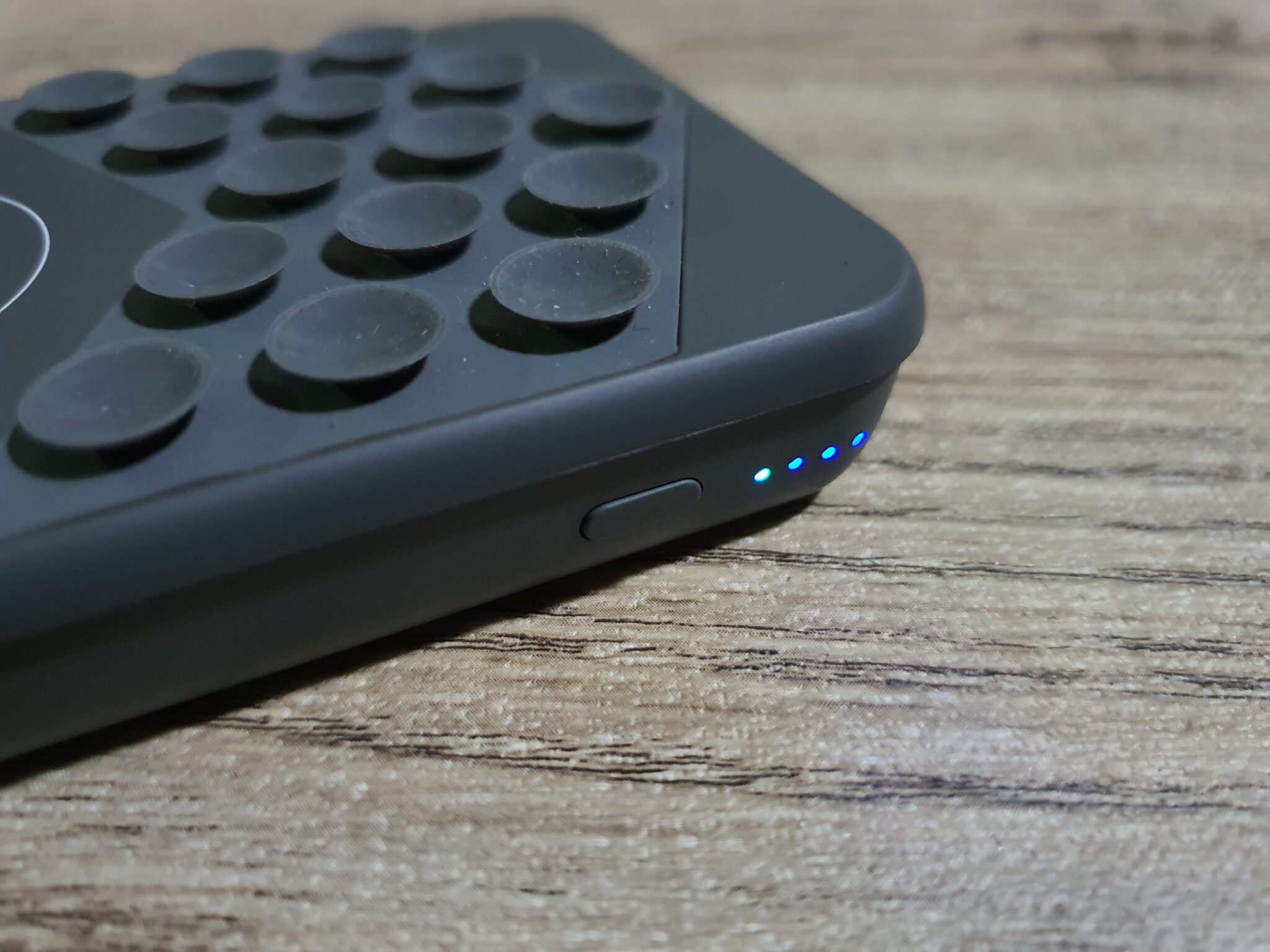 The side features a power button as well as a series of four LED lights that indicate the amount of charge remaining. It also packs Qi wireless charging that lets it work with a ton of compatible phones that include iPhones and most Android phones with wireless charging functionality.

All well and good but what really elevates STM’s Wireless Powerbank from the mundane to the unique is that it comes with a series of suction pads on one end, allowing you to stick it to the back end of a phone to make it easier to wield when charging. It’s a simple, yet effective feature though you need to have a phone with wireless charging to make the most of it.

Crammed within the STM Wireless Powerbank’s matte plastic chassis is a 10,000mAh battery that, on paper, should be able to charge most smartphones up to 5,000mAh capacity at least twice though this is rarely the case on account of a number of other intervening factors. In practice, you’ll likely get one full charge and about 75% on the second with a large flagship phone.

If you’re charging a phone via wired charging off the powerbank, you’ll get a full charge in a couple of hours. Unfortunately, the wireless charger is rather slow and needed a good four hours to fully charge a Galaxy Note9 on top of feeling somewhat warm afterwards. Charging the powerbank itself when it ran completely dry took a good five or so hours. 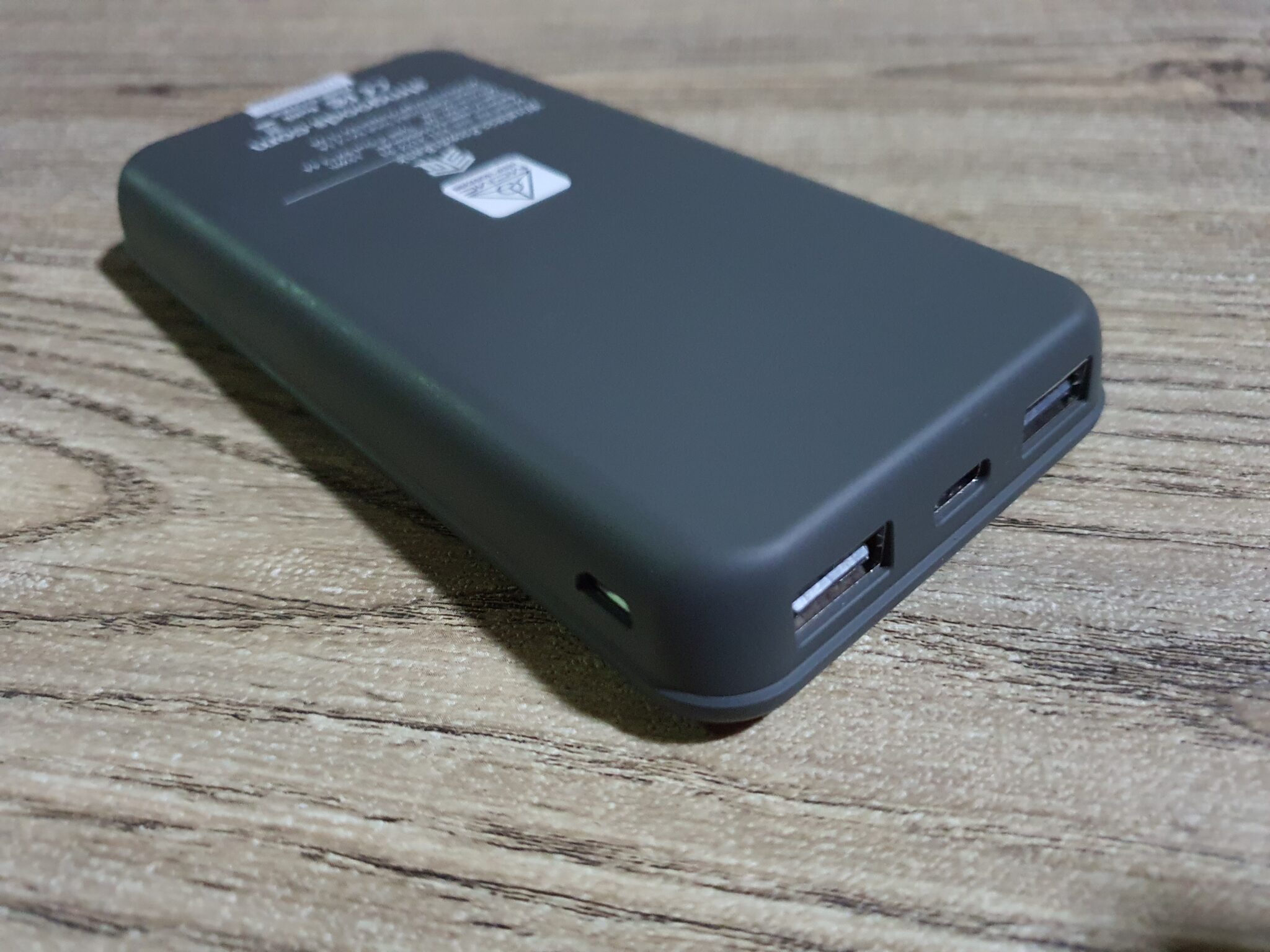 The suction pads are a useful implementation that makes it easier to hold when using wireless charging but the powerbank itself is rather chunky which makes toting it about in your hands a chore. It works best if you leave it in your backpack or handbag while it does its work. 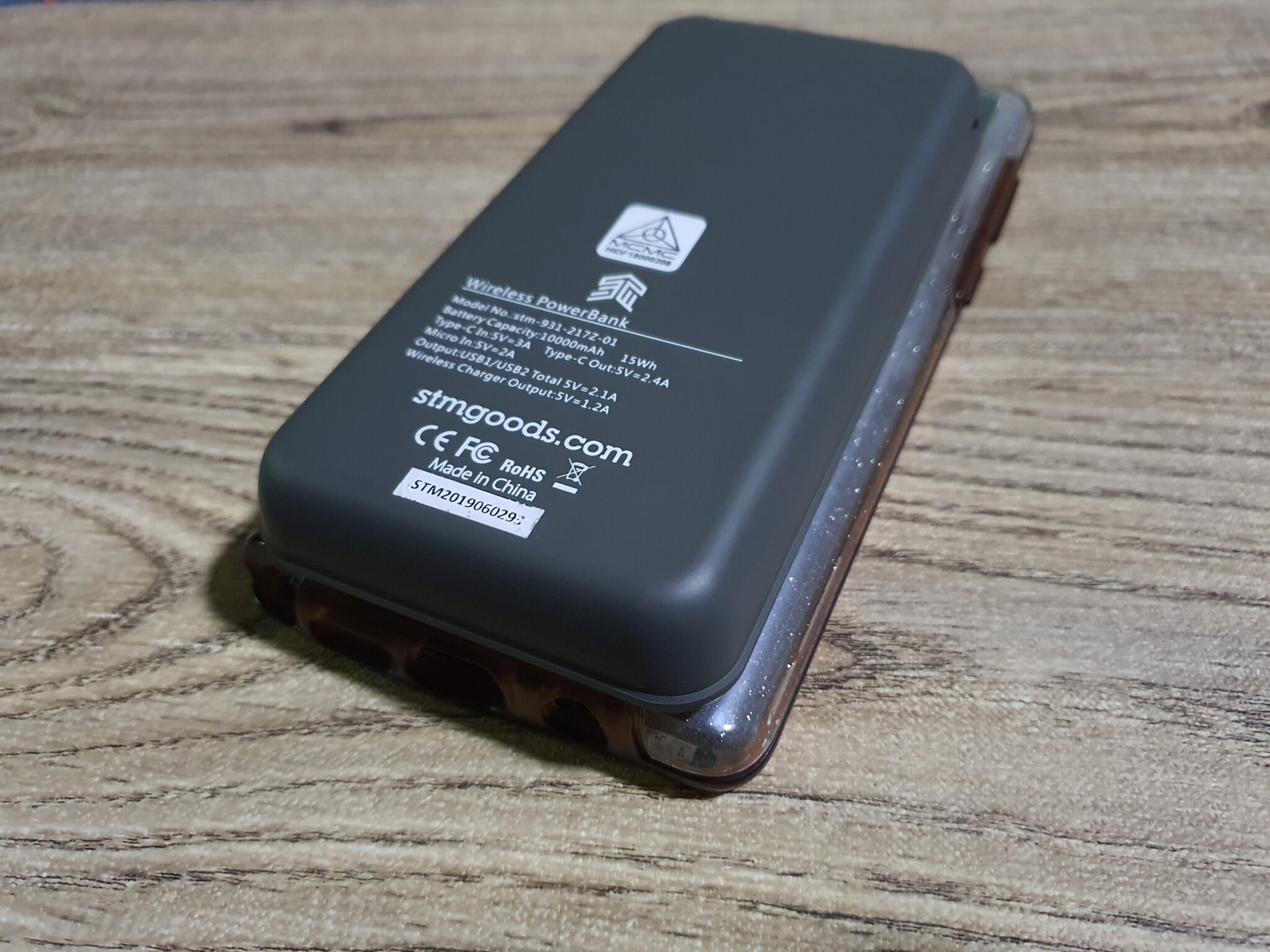 The chunky STM Wireless powerbank can latch on to wirelessly charge another phone via suction pads.

The STM Wireless Powerbank is a novel design on account of its suction pads, large battery capacity and comprehensive charging options though it does not quite follow through on that innovation as its wireless charging is rather inefficient and slow, relegating it to wired charging for best effect. It also doesn’t come cheap for what you pay for. That said, it’s a noble effort to tackle most, if not all the charging needs befalling urban commuters.

What we liked Innovative suction pads, wireless and wired charging, has both micro-USB and Type-C ports
What we didn’t Slow wireless charging, still rather chunky
We say A novel if pricey proposition, the STM Wireless Powerbank has its virtues in terms of versatility on account of wireless charging and variety of ports though more affordable options abound.