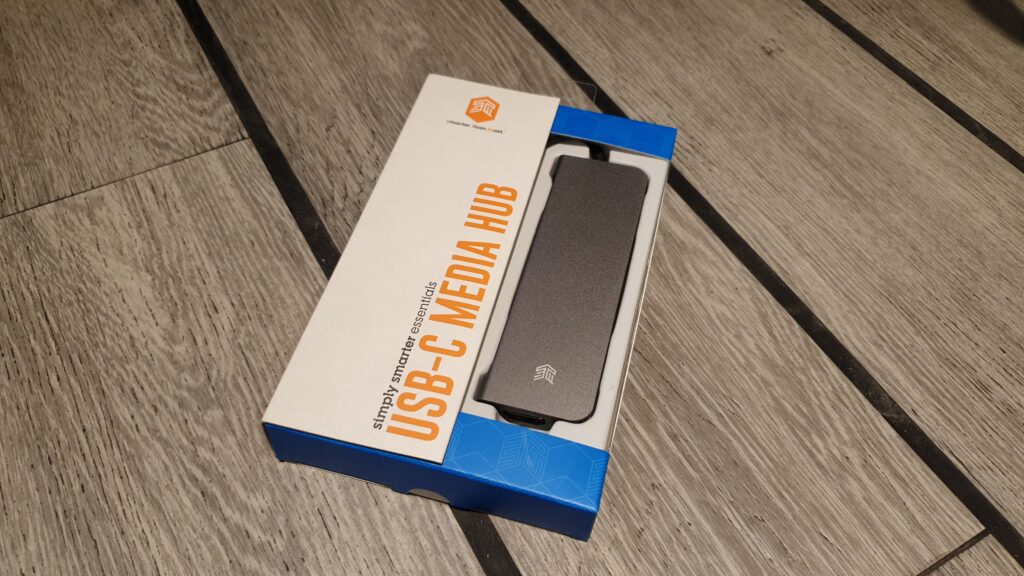 As laptops and other hardware get lighter and slimmer, they also end up omitting features that we once took for granted like USB ports and card readers. If you’re one of those out there lamenting the loss of all those ports, you’ll appreciate the charms that the STM USB-C media hub will bring to your workflow.

These days, most new notebooks have a dearth of ports especially for existing hardware that still remain in everyday use like USB Type-A ports and SD card readers. Even if notebooks still have them, they usually aren’t enough ports to cater to all the hardware that you need to plug in, which is where the STM USB-C media hub comes into the picture. 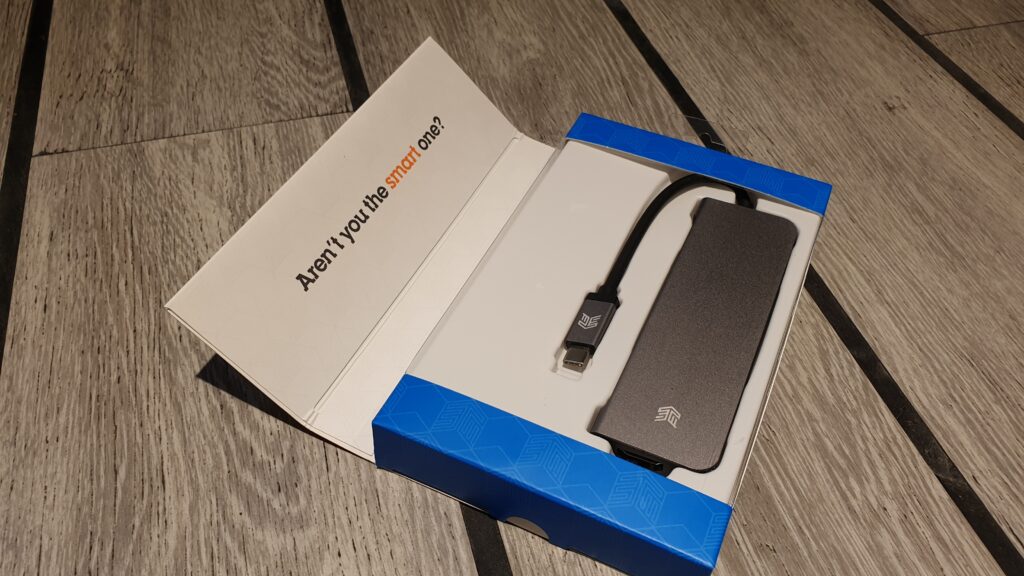 For the uninitiated, STM Goods is an Australian outfit that debuted in 1998 and are best known for creating immensely practical hardware including some top-shelf backpacks and peripherals like the STM USB-C hub. Their products are gradually making their way to Malaysia in growing numbers with this dock being one of several offerings that we had the pleasure to field test.

The STM USB-C media hub is a relatively straightforward design and expands the number of available port options from one USB Type-C port on your existing laptop to a grand total of 6 additional ports. 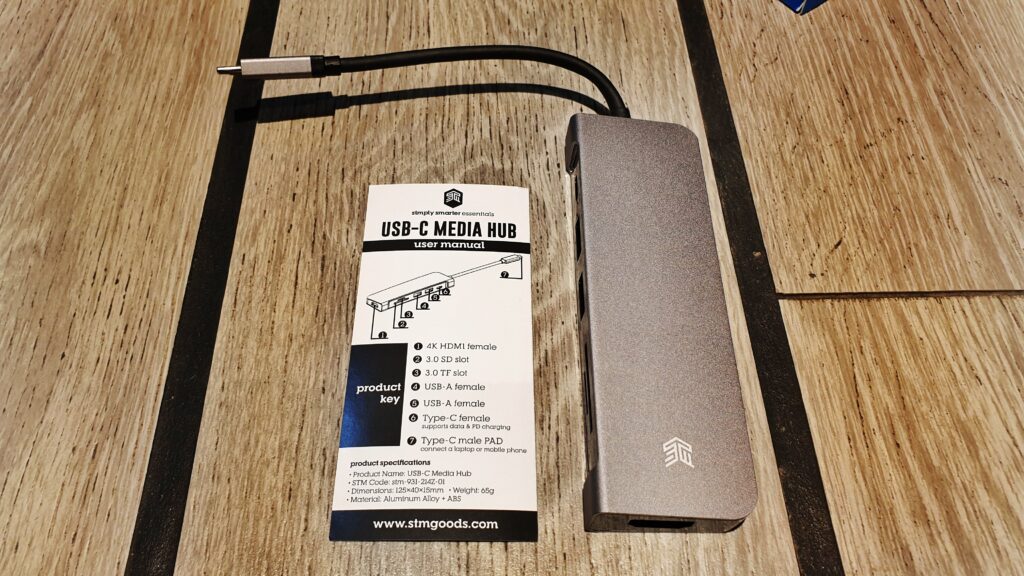 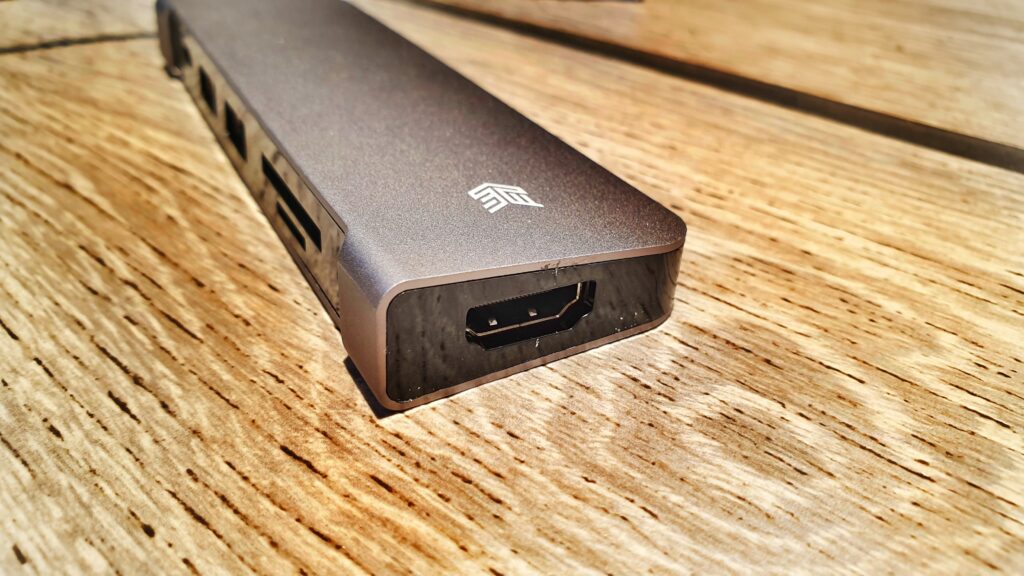 On paper, the dock is capable of supporting one plugged in hard disk at most. The microSD and SD card ports are capable of simultaneously supporting cards simultaneously plugged into both slots at the same time. This ensemble makes for quite a comprehensive selection that should cater to most eventualities that a mobile worker would likely encounter. 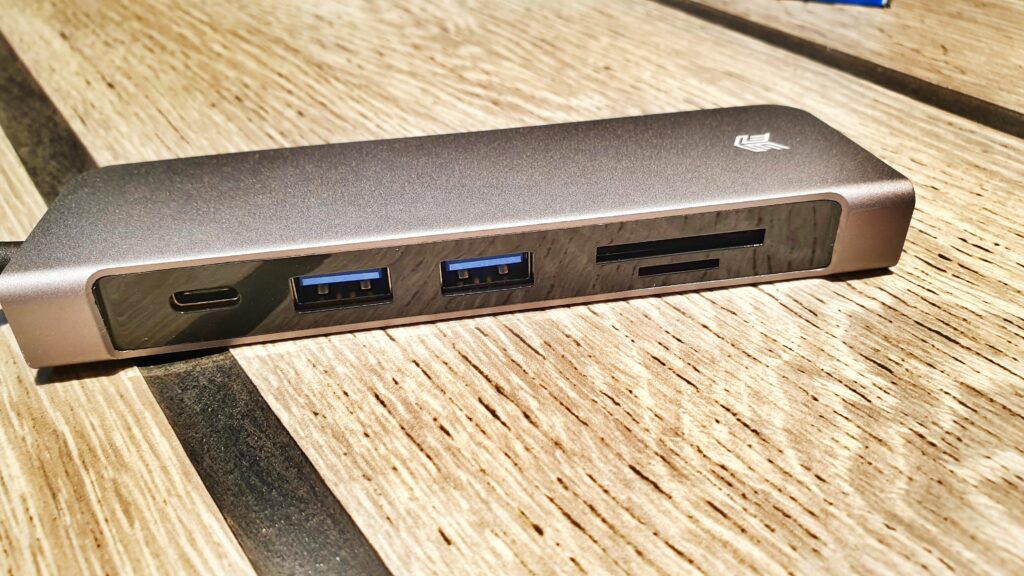 The overall build quality is excellent with the hub itself sheathed in a hard-wearing sheath of aluminium though the area around the various ports still consists of plastic. The connecting cable itself is relatively thick and covered in rubber that looks like it can stand up to hard use.

The combination of ports in the STM USB-C media hub makes it ideal for photographers and mobile workers on the go as you’re able to charge your phone, use the USB Type-A ports to transfer shots to a hard disk off the SD card readers and also output your feed to a 4K monitor off your laptop, among other things.

In field tests, we hooked it up to a Dell XPS 13 as well as several other Windows notebooks of various makes and it ran like a charm. Flash drives formatted to FAT32 and NTFS ran without a hitch with similar performance exhibited by the USB Type-C dock and card readers.

The HDMI port performed as it says on the tin and was capable of piping the notebook’s display up to a 4K test monitor though the 30Hz refresh rate on displayed footage means it is primarily intended for paperwork or movie watching rather than serious gaming.

We even maxed things out with a pair of flash drives and a hard drive hooked up to the dock at the same time and it ran without issue. We also attempted to hook it up to a Galaxy Note9 via a Type-A to Type-C cable and then managed to power a keyboard and a wired mouse though it wasn’t able to display its own DeX mode onscreen.

We also managed to trickle charge the aforementioned Note9 by hooking it up to the dock via the Type A 3.0 port to a laptop and also transfer data off it too though even getting a 50% charge took a couple of hours.

While the dock is sturdy, this works somewhat against its favour as all that weight means it places quite a bit of strain on the Type C port when weighed down with plugged in peripherals. It’s not a deal breaker though as this can be solved by making sure you perch the dock on a table or other flat surface.

As it stands the STM USB-C media hub isn’t the cheapest option seeing the plethora of unbranded ports with similar capabilities out there but what you’re getting is the reliability and sturdiness associated with the STM brand name and if you’re out in the field, that kind of reliability is worth its weight in gold.

It doesn’t come cheap at RM 279 but the STM USB-C Media Hub’s  sturdy build and ability to read the most popular media formats makes it an essential addition to your daily carry alongside your laptop that will serve you well for years to come.

What we liked Excellent build quality, comprehensive variety of ports
What we didn’t Not cheap, rather heavy
We say The STM USB-C media hub is a sound and highly essential addition to the everyday carry of any mobile worker who needs to interact with a variety of storage devices and output 4k footage to a display.