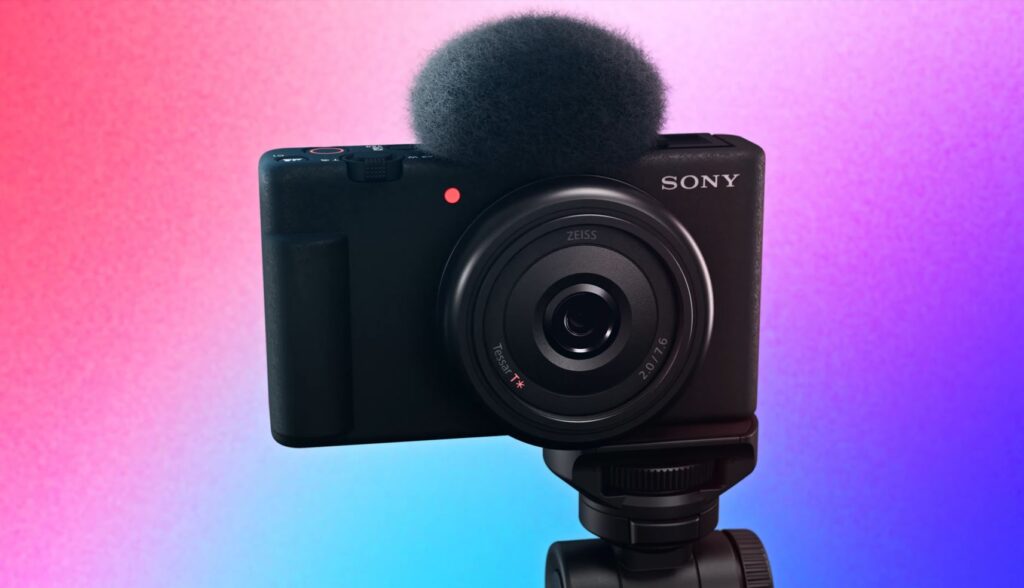 When it comes to cameras, Sony is best known for their RX100 series prosumer compact cameras, their Alpha series and, of late, their content creator centric ZV-1 that was launched last year. Now, straight out of left field, Sony has revealed that they have a new camera optimised for vloggers and novices dubbed the ZV-1F.

What is the Sony ZV-1F camera

The new Sony ZV-1F is tangentially related to the earlier ZV-1 but has a design that has been optimised for video, specifically to cater to vloggers and novice content creators.

In terms of design, it has a form factor that’s about the size of an RX100 series compact camera but uses a wide-angle 20mm F/2.0 Zeiss prime lens with the ability to shoot up to 4K@30fps or 1080p@120fps stabilised video with Active Mode electronic image stabilisation while packing an Exmor RS CMOS sensor. Audio is captured with a 3-capsule mic with a bundled and removable windscreen to minimise wind noise. 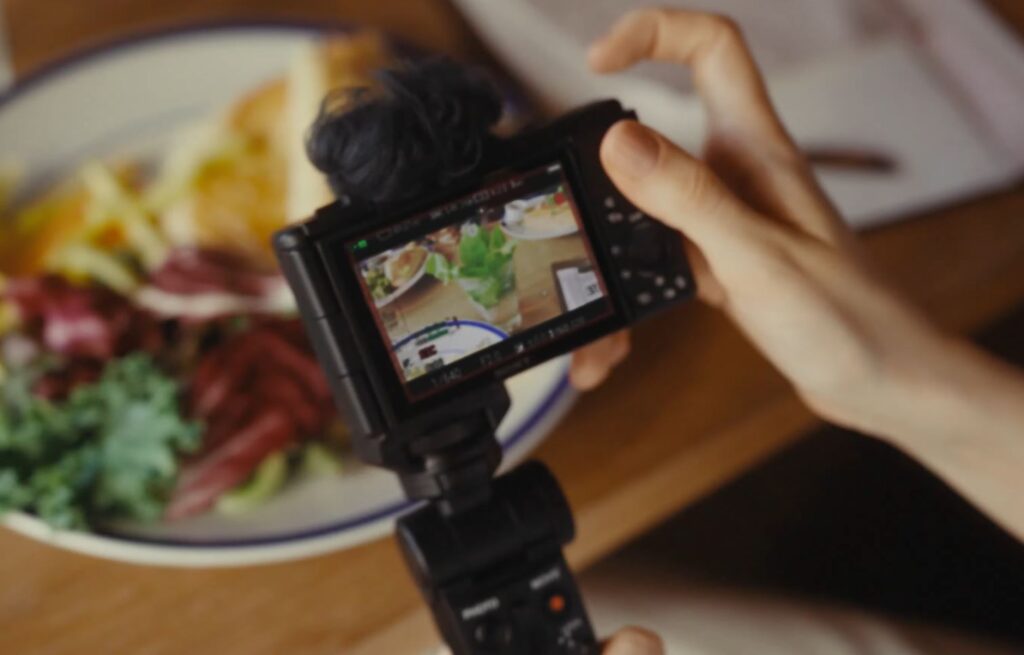 Shots are framed with a 3-inch tiltable TFT LCD touchscreen capable of flipping sideways outwards for capturing selfies though it lacks an electronic viewfinder which usually isn’t needed for its intended audience. Up top the camera has a cold shoe and the side features a series of protective port covers for a 3.5mm audio jack for a mic, a USB-C port for charging and a mini HDMI port.

Some features of note with the new ZV-1F include a novel Shot Mark feature that lets users hack out a 15, 30 or 60 second slice of footage from an existing clip and send it to a smartphone using their Imaging Edge Mobile Plus app which makes it ideal for making short reels and TikToks. 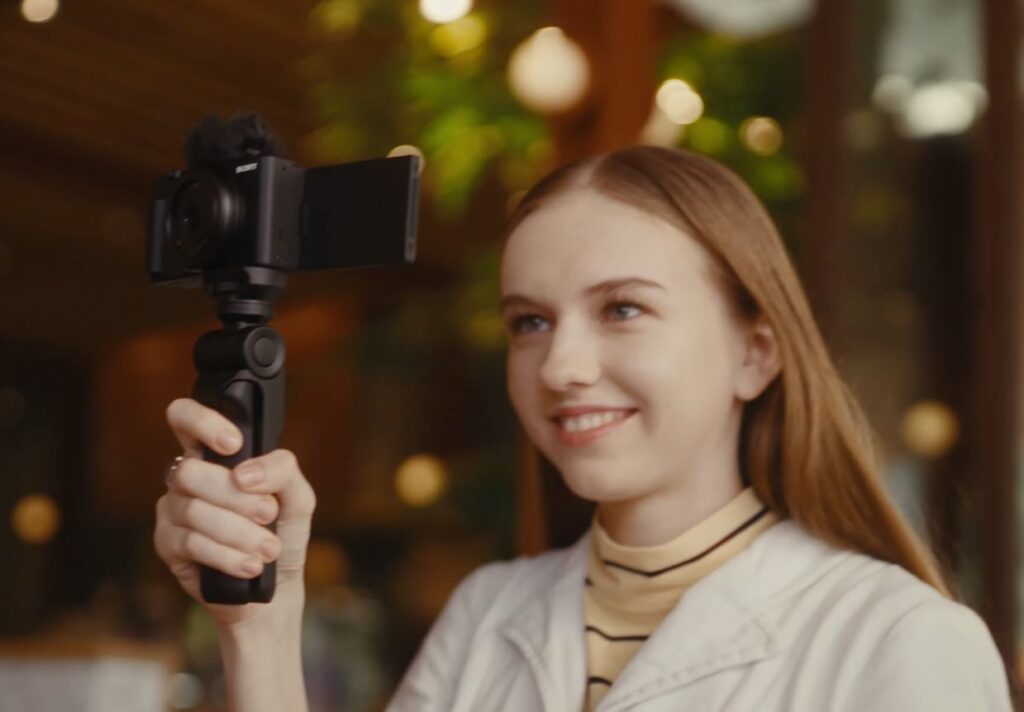 With the provided hardware, the ZV-1F is ideal as a camera for videos and for live streaming. Sony is also issuing an optional GP-VPT2BT Shooting Grip that allows you to plonk the ZV-1F up top and control vital functions via the grip which can unfurl into a tripod.

How much is the Sony ZV-1F camera?

[UPDATE] Sony has updated their Facebook page to reveal the price of the ZV-1F for Malaysia which will cost RM2,599. The preorder which is ongoing till 30th November 2022 will come with free gifts worth RM450 that include a camera pouch with strap, a 64GB SD card, an additional battery and the chance to buy the GP-VPT2BT wireless shooting grip for just RM399 (original price RM499). 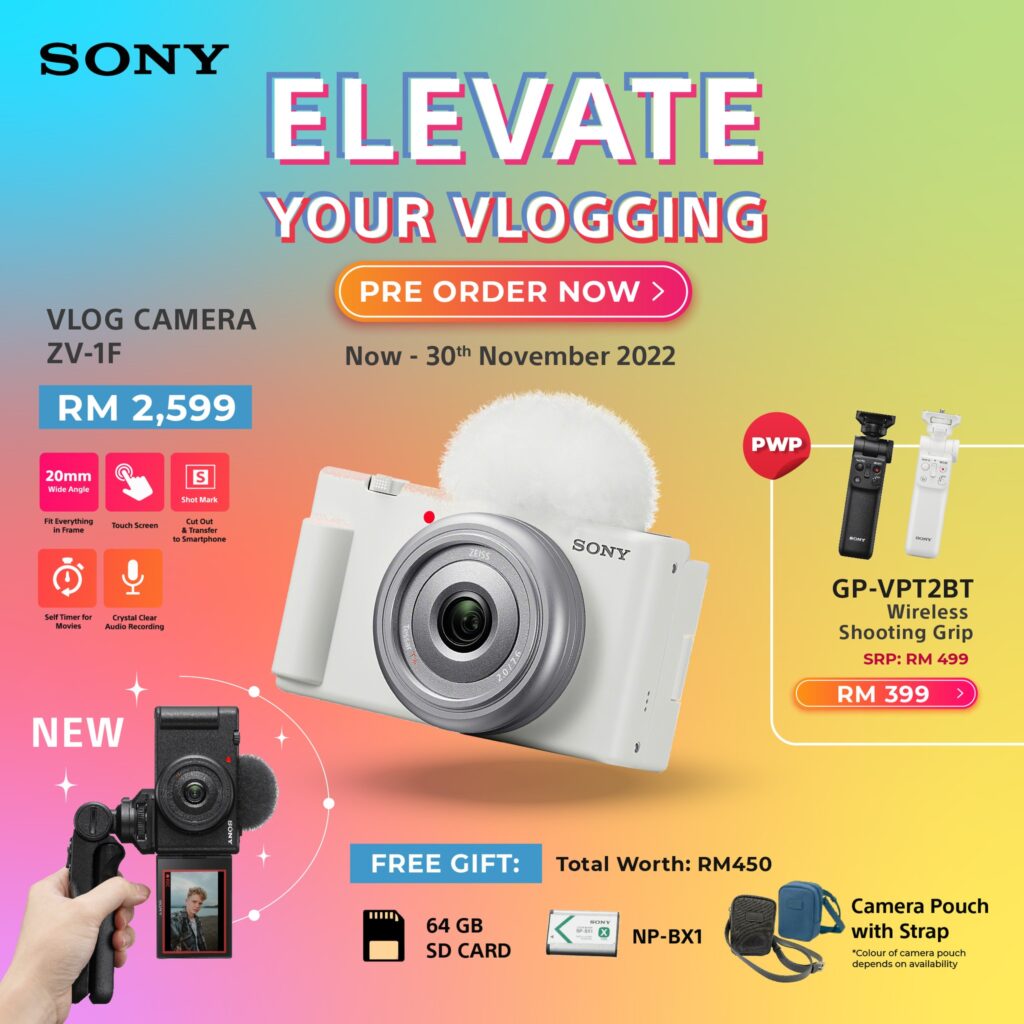 At present, there’s no official pricing nor any preorder specials announced as yet for the ZV-1F and its optional shooting grip though there is a micropage for the camera itself on the Sony Malaysia website. In the United States, the camera is stated to be priced at US$500 which works out to about RM2,341 though this isn’t indicative of its actual price when it lands in Malaysia.

The official word is that the camera will be available this coming December 2022 – once we get more concrete details we’ll keep you posted. You can check out their page at https://www.sony.com.my/electronics/cyber-shot-compact-cameras/zv-1f