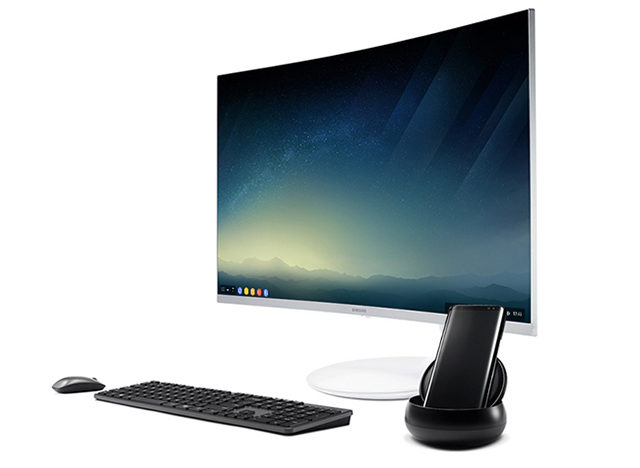 The ultimate dream of smartphone convergence is that a phone is finally able to act as a desktop, given the right gear of course. The idea however isn’t new. Various vendors have put their take on it in recent years like HP’s Elite X3 phone released last year, Microsoft’s Continuum and Jide’s Remix OS though they all had their shortcomings. This time around, Samsung’s thrown their hat into the ring as they’re launching the rather intriguing Samsung DeX dock at the same time that they announced the new Galaxy S8 and S8+ have at their Unpacked event in New York. 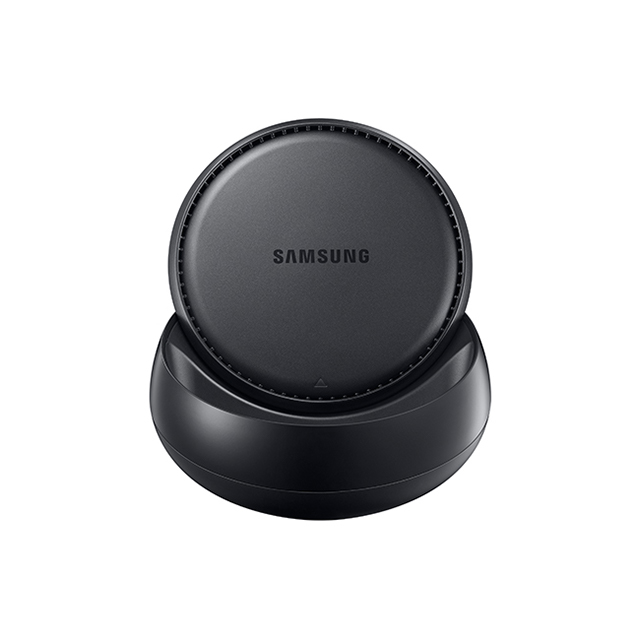 The DeX dock resembles something of a half sized matte black bowl with a back that’s large enough to place either of Samsung’s new phones in at an angle. Once you’ve docked your S8 or S8+ to the Dex, it then swaps the phone’s usual mobile display into a desktop environment that lets you accomplish all the usual Windows things that we’ve come to know as muscle memory. You can drag and drop files, right click stuff and resize windows with sliders but it’s all done as a reskin of the S8’s Android Nougat OS. Alas, it only works with Samsung’s new Galaxy S8 and S8+. 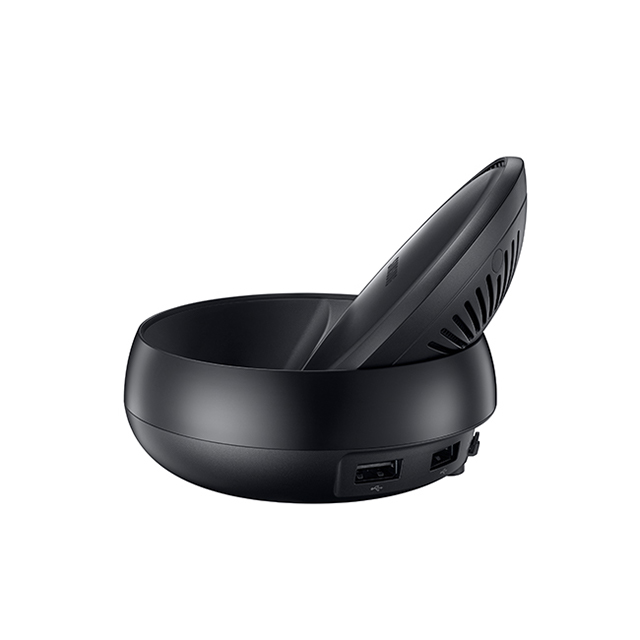 Instead of a half-baked implementation, Samsung has worked with Microsoft and Adobe for seamless compatibility with Office and Adobe mobile apps like Lightroom mobile, their Acrobat reader and more by implementing a desktop-like UI and functionality when docked with DeX. The dock also allows remote access to the usual ensemble of security solutions like Citrix, VMware and Amazon Web services. You’ll still need to hook it up to a monitor with a HDMI port along with a Bluetooth enabled mouse or keyboard to get the whole affair up and running of course.

Connectivity options include a pair of USB 2.0 ports, a USB Type C port to power it, a cooling fan to keep the phone cool and an Ethernet port along with Adaptive Fast Charging support to juice your phone when connected. There’s no word on price or local availability as yet though it can possibly ship as part of a package with the S8 or S8+ depending on region. For more details keep an eye on Samsung’s official site here. 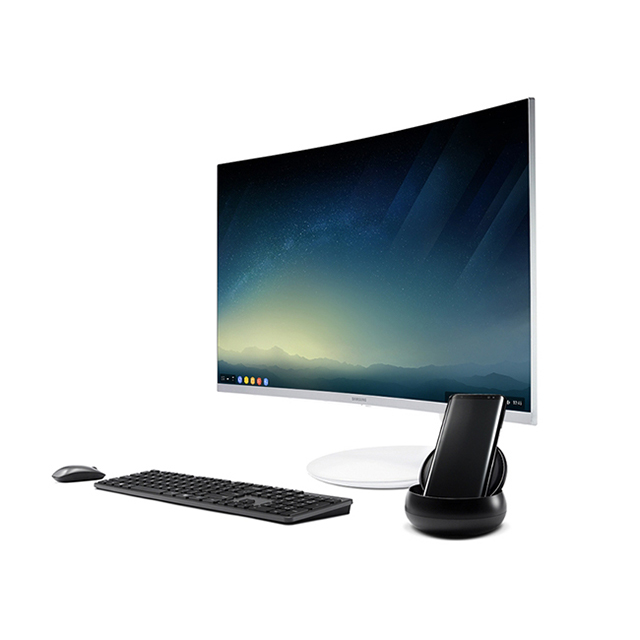