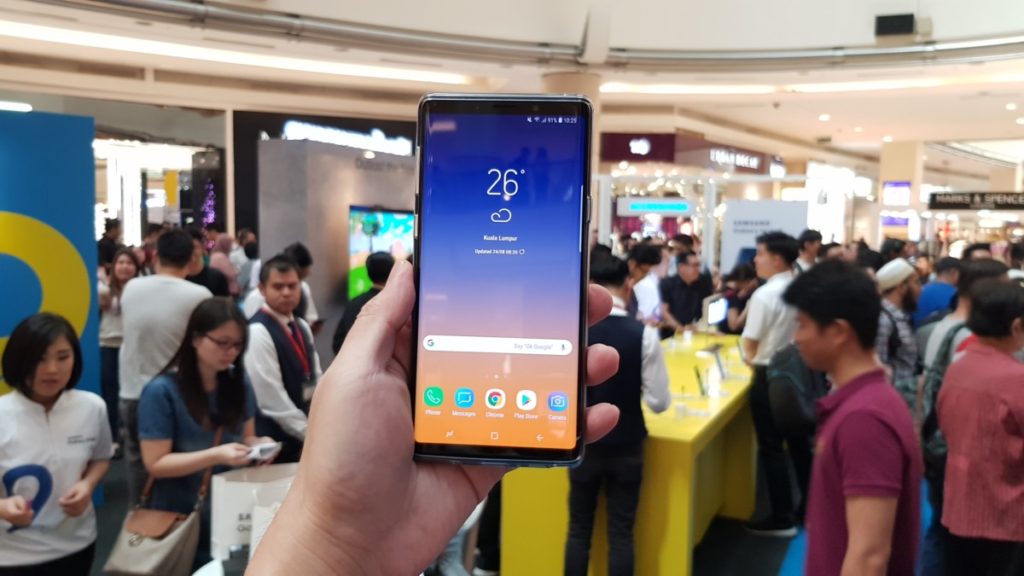 If the crowds of people waiting since midnight outside KLCC mall was any indication, it’s the certainty that Samsung’s Galaxy Note9 phablets sold like hotcakes when they kicked off a series of nationwide Galaxy Note9 roadshows from 24 August, Friday where users were able to trade-up their old phones, buy the new Galaxy Note9 and score some sweet swag as well in the bargain.

The aforementioned crowd, who have been queuing since midnight outside KLCC from the day before as well as at other designated roadshow locations across Malaysia were all there to be first in line to purchase the new Galaxy Note9 as well as to take advantage of the tempting early bird discounts for those who were the first to purchase the phone at the roadshows. 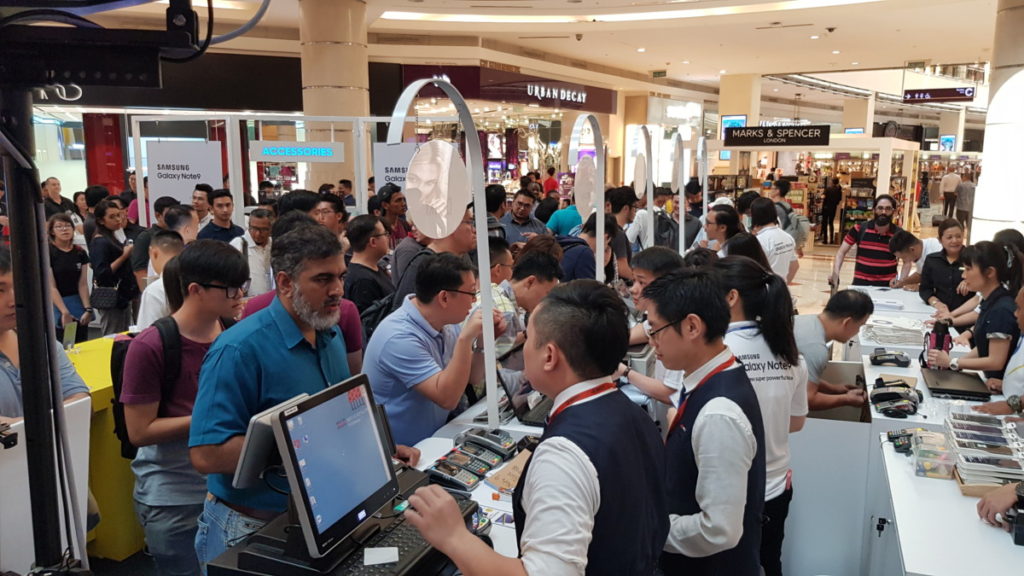 Many of the early birds who queued up to buy the Galaxy Note9 were entitled to a ‘Golden Ticket’ which in turn rewarded them a complimentary  Samsung Screen Protection policy worth RM140, a free Wireless Charger Pad worth RM219 and a free Selfie Stick worth RM156 with the purchase of a Galaxy Note9.  For those who bought an additional Galaxy Note9 in a single receipt, they had the generous bonus of an immediate RM999 rebate off the price of the second Galaxy Note9. 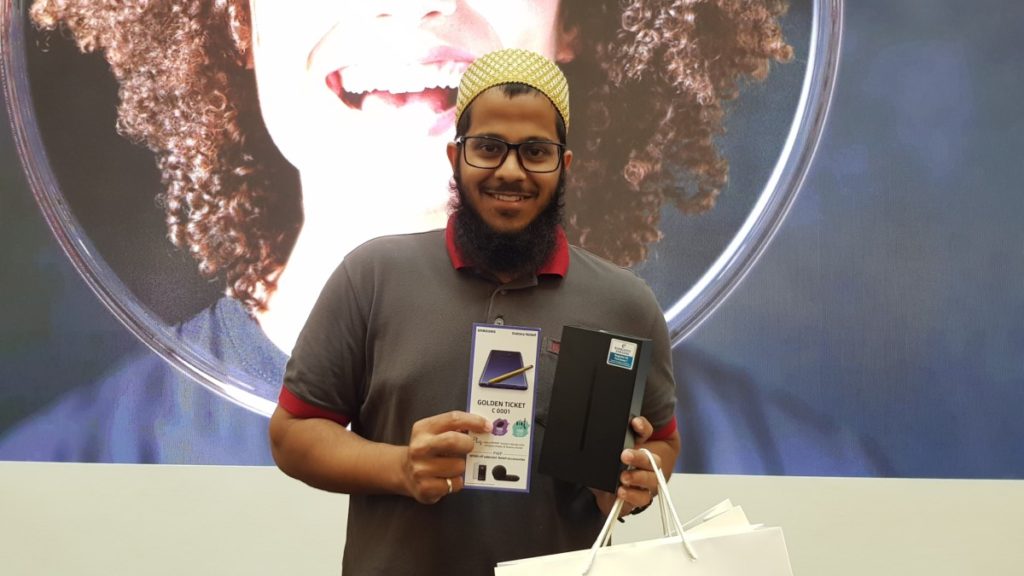 The first in the queue to buy the Galaxy Note9 at the KLCC roadshow was one Qusai Gulam Ali, 25, a recent graduate who queued since midnight to get his hands on not just one but two Galaxy Note9s in a handsome Midnight Black and Ocean Blue in 6GB RAM / 128GB configuration. He said, “I think it is the best phone around now. The best thing that does it for me is the large 4000mah battery that offers all-day use. The camera is really good and is the best around. The whole design is good as well. The S pen and the Bluetooth function will come in really handy. On top of that the pricing they are giving now is pretty decent.“

Over the course of the Galaxy Note9 roadshow at the main concourse of KLCC, a steady crowd continued to throng the area as they came to visit, drawn in by the variety of activities available as well to visit the experiential zones where they could experience the Note9’s capabilities and, of course, purchase it as well onsite.

READ  ASUS Say It Campaign asks you to review their PCs and win Grab Food Gift Cards in 4 easy steps!

The experiential zones showcased the various capabilities of the Note9 such as its powerful S Pen stylus, its powerful cameras and the variety of casings and the Galaxy Note9’s DeX mode that can be enabled with any third party HDMI adaptor. 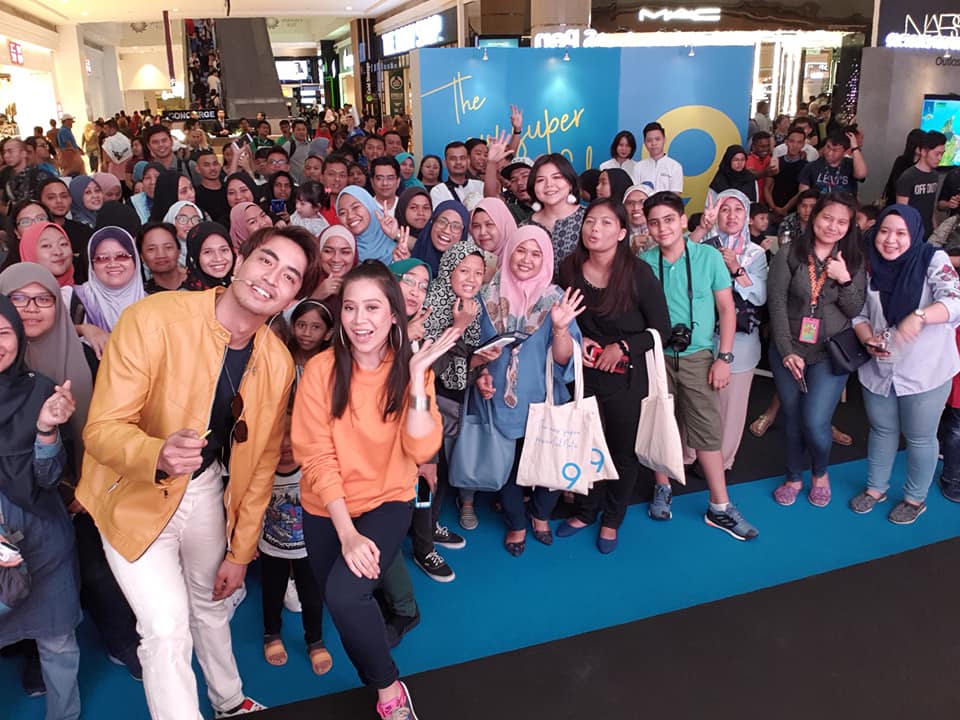 Samsung also brought in a host of big-name superstars to entertain the crowd with a variety of fun games that showcased the capabilities of the Galaxy Note9. On the first day of the KLCC roadshow, Aiman Hakim and Farah Nabilah participated in a grand dance-off competition with handpicked teammates from the crowd. Other celebrities that graced the KLCC roadshow over the course of the event included the famous Jinny Boy along with Elizabeth Tan and even Ismail Izzani graced the proceedings to serenade the crowd with his hit tune ‘Sabar‘. 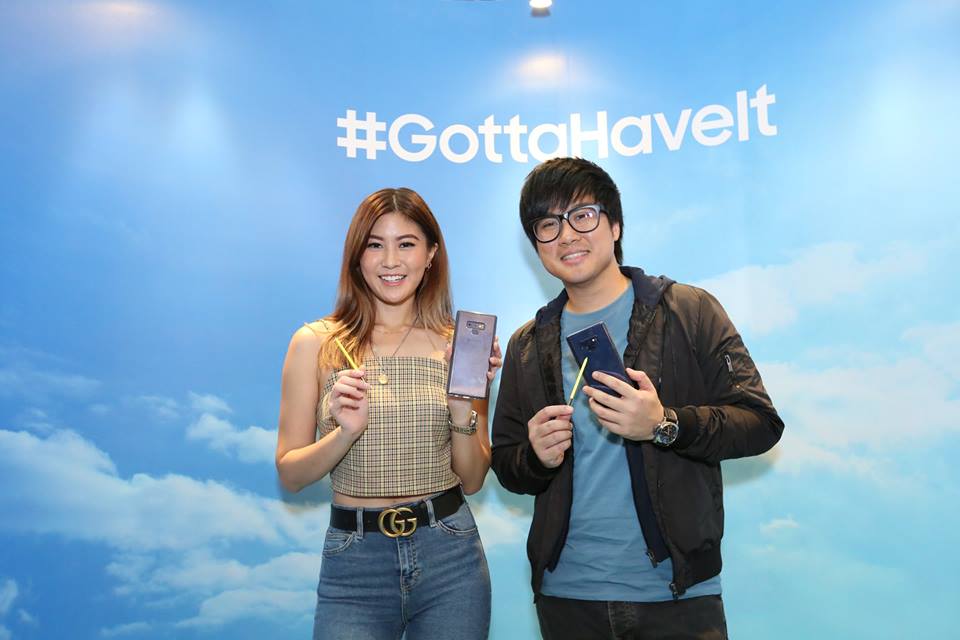 While most of the Galaxy Note9 roadshows will be over by 26 August 2018, the roadshow at KLCC will continue until 27 August 2018 (Monday) for one more day.

In lieu of that, fret not as you can purchase the Galaxy Note9 at all good retailers nationwide. In Malaysia, you can purchase the Note9 at RM3,699 for the 6GB RAM / 128GB variant in your choice of Midnight Black, Metallic Copper and Ocean Blue while the larger 8GB RAM /512GB retails for RM4,599 only in a shade of Midnight Black. For more details on the Galaxy Note9, swing by www.samsung.com/my