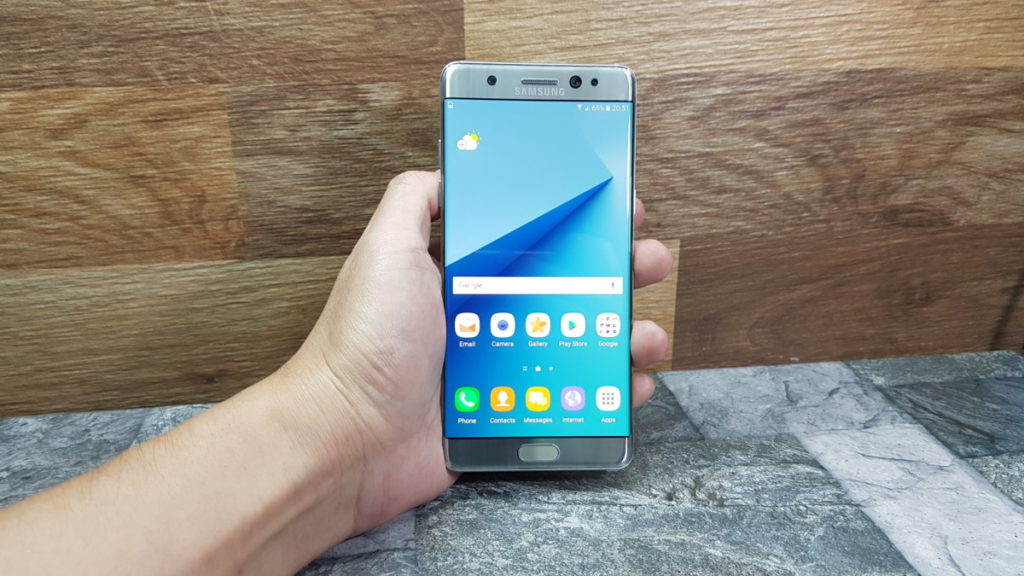 While the news has been bandied about for the last few days, Samsung has made it official. 35 cases involving the battery of the new Galaxy Note 7 catching fire have occurred around the world. According to Samsung’s investigation of the incident, they’ve found the issue related to the battery of the Note7 though this incident is so far isolated to that small batch of the Note7 around the world. Bear in mind, to date, no such incident of a Galaxy Note7 catching fire has occurred in Malaysia.

While 35 phones is an infinitesimally tiny amount out of their initial number of apparently over four million or so phones manufactured and shipped to make it in time for their global August 19 reveal and launch, Samsung has taken the proactive measure of issuing a general recall for the Note7 across the globe.

In that regard, Samsung Malaysia Electronics has offered a one-for-one device swap where they will, free of charge, replace whoever has already owned the Galaxy Note7 in Malaysia with a new unit over the coming weeks.

While the timing is unfortunate, with it possibly further delaying the Galaxy Note7 consumer launch which has already been pushed to September due to overwhelming demand, the move is a bold one that places customer safety first and foremost even though it may cost them billions of dollars globally; that’s quite a feather in their cap seeing as something like this can be swept under the carpet.

To find out more, customers may call the Samsung Malaysia Careline below at 1-800-88-7799. The official transcript of their release for the recall is below: 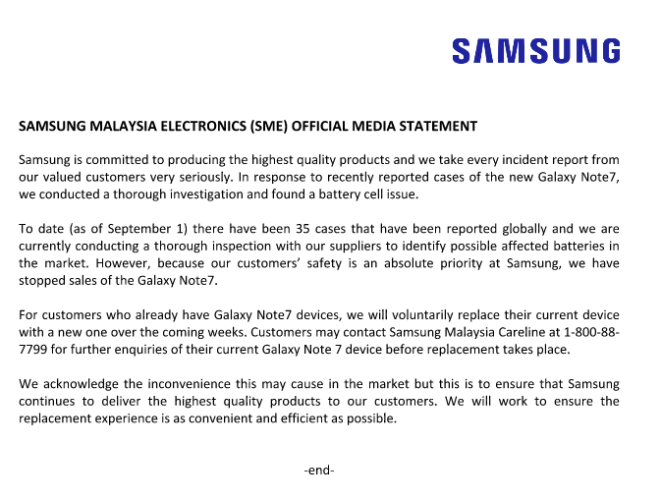