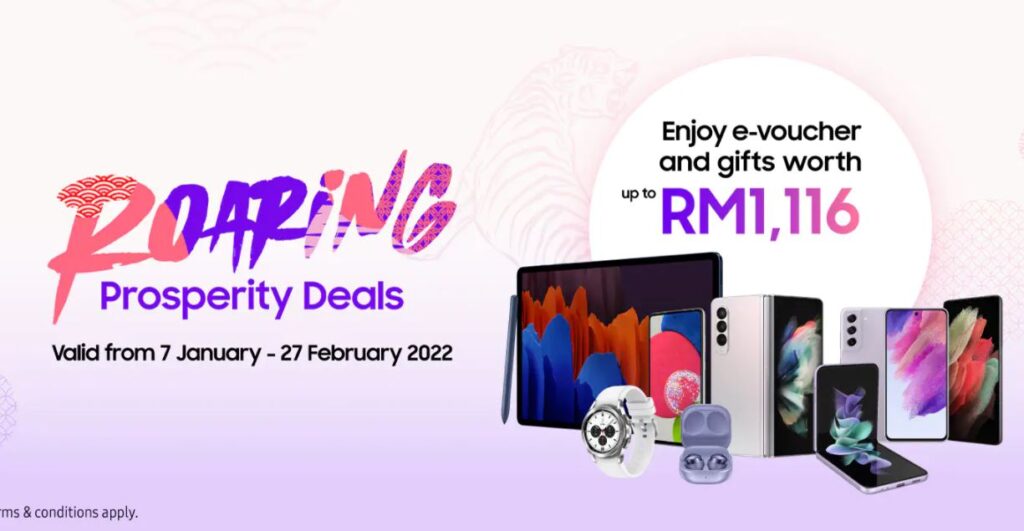 The Samsung Galaxy Z Fold3 and Galaxy Z Flip3 foldables released last year remain one of the most desirable phones in the market and have been selling out like hotcakes. Now, Samsung is making it even easier to acquire as they’re rolling out their Samsung Roar Your Way to Excellence deals which are ongoing until 27th February 2022 with up to a generous RM1,116 in free gifts when you buy either phone. 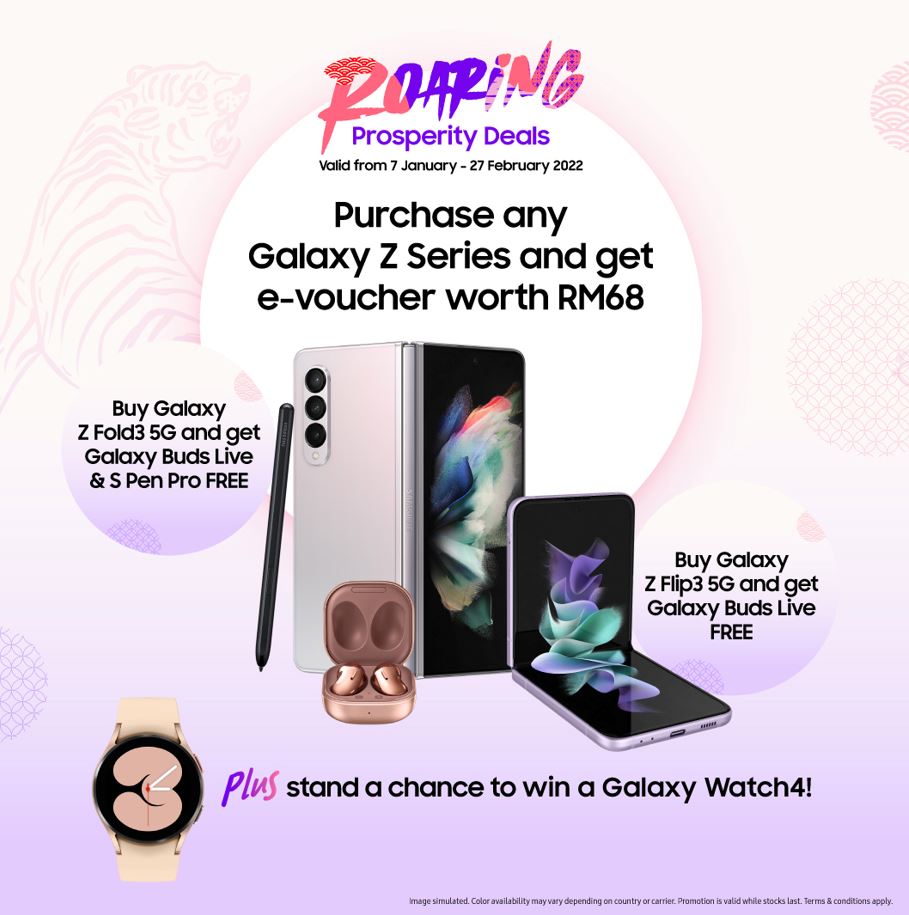 As part of the Samsung Roar Your Way to Excellence promotion, a purchase of the Galaxy Z Fold3 5G of either storage variant – 256GB or 512GB – gets you a free Galaxy Buds Live worth RM549, a free S Pen Pro stylus worth RM499 and a free RM68 e-voucher worth a total RM1,116.

Buyers of the Galaxy Buds Pro or Buds 2 both get a free cover and each respectively gets an R18 and RM8 e-voucher. The deals go live on 7th January and conclude on 27th February 2022 and can be redeemed at Samsung Experience stores and selected dealers nationwide.

If you’re fairly creative, you’re also able to win a Galaxy Watch4 40mm when you post your best Chinese New Year photo on the Samsung Redemption Management System (RMS) portal. For more details on the Samsung Roar Your Way to Excellence promotion, do check out their official page at https://www.samsung.com/my/offer/mobile/cny-2022/