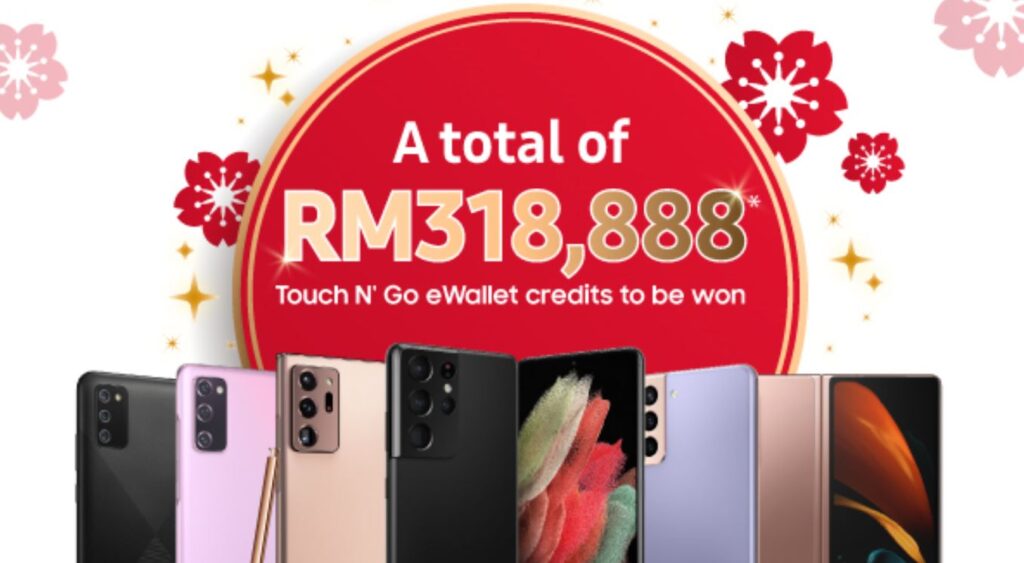 Chinese New Year is just around the corner and while physical gatherings aren’t particularly likely in the near future, we can all still stay in touch with the power of tech as Samsung is offering their Samsung Prosperous Giving promotion that nets you up to RM318,888 in Touch ‘N Go eWallet credits when you buy a Galaxy phone.

Basically, buying any Galaxy phone including the latest Galaxy S21 series phones such as the super-powered Galaxy S21 Ultra  gets you a chance to get ‘virtual’ ang pao or Chinese money packet that can pack anywhere from RM8 to RM388 in Touch ‘N Go eWallet credits.

The Samsung Prosperous Giving Promo is ongoing till 28th February 2021 so there’s still some time to be in the running to win big. For more details on the promotion swing by https://www.samsung.com/my/prosperous2021/mobile/ 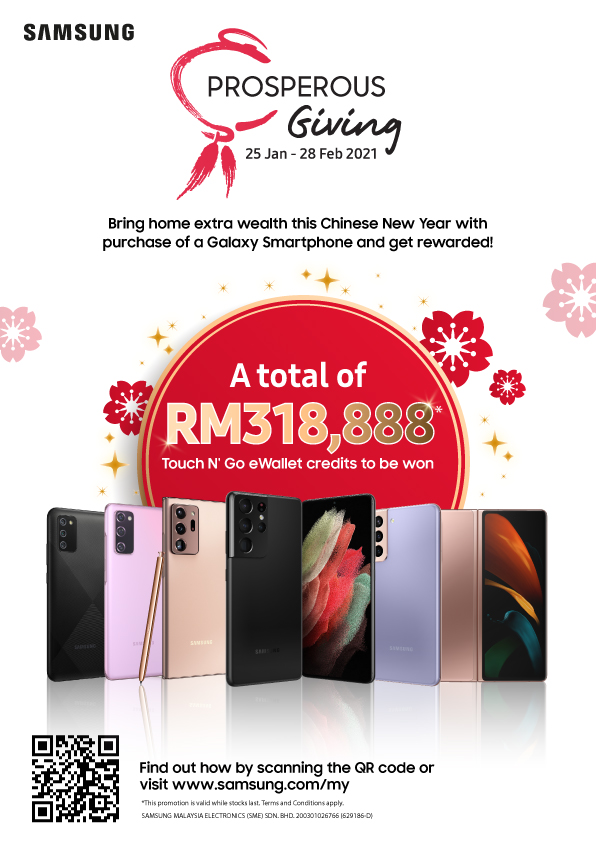