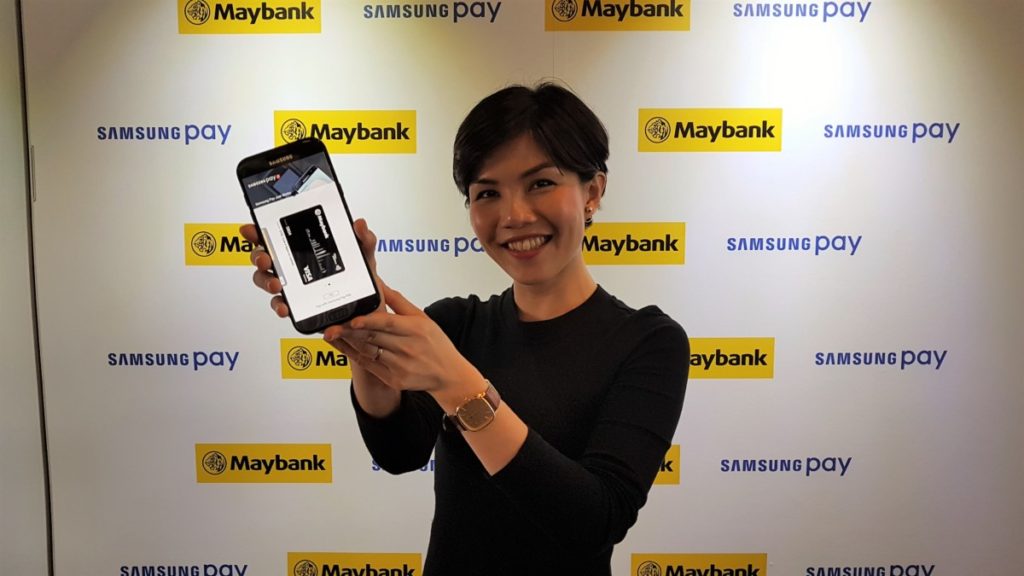 Left your credit card and wallet at home but still need to pay for something? Well, you’re still in luck if you have a Samsung phone of recent vintage as you’re still able to pay for stuff via Samsung Pay, the brand’s device-based mobile payment system. 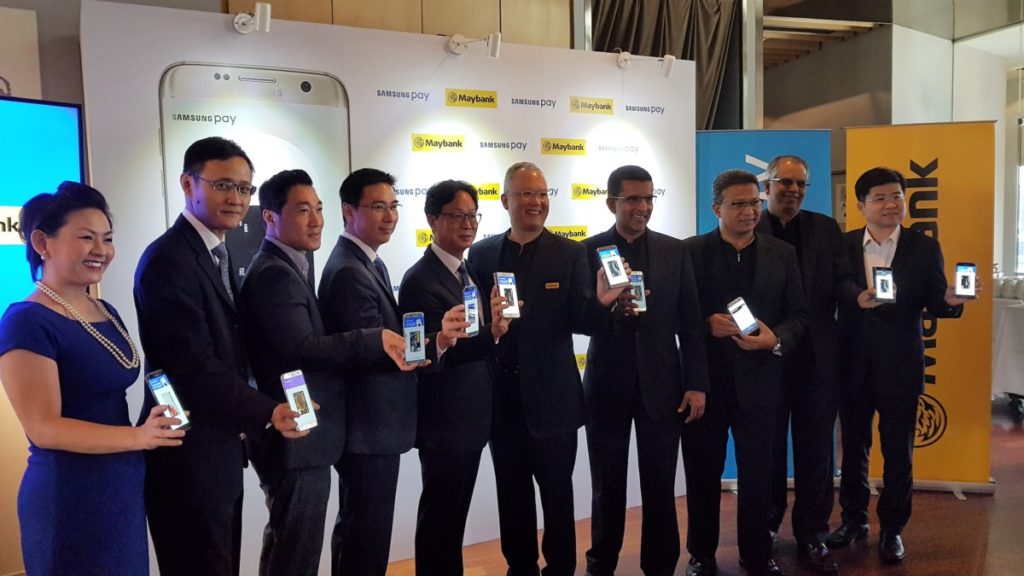 Samsung Pay has just reached Malaysia after an initial launch in the US and South Korea along with a host of other countries that include Singapore and Russia last year. Currently, the service is seeing an initial rollout for both Visa credit cards as well as debit cards under Maybank Malaysia. Samsung Pay will eventually roll out to other banks nationwide over the coming months. For now, until 11 February, Samsung Pay will be exclusive to Maybank Visa customers before it rolls out to all Maybank customers nationwide and other bank cards too. Basically, the Samsung Pay is a secure payment platform on a Samsung smartphone that lets you ‘add’ in credit or debit cards to it which you can then use to pay for stuff like a real physical card. 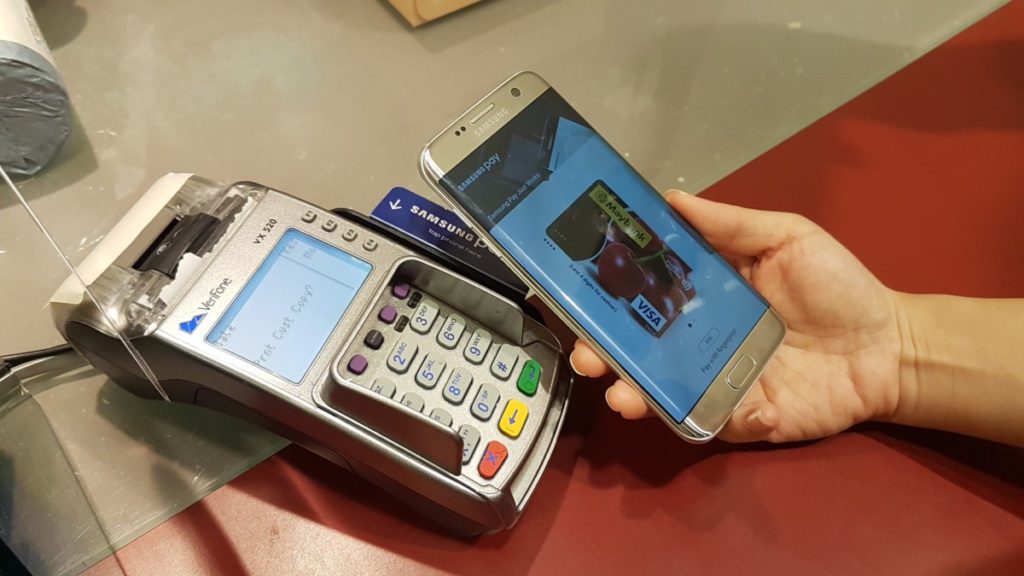 Mr. Dan Seung Han, Head of Samsung Pay Asia Pacific who attended the local preview of Samsung Pay said,” We want to drive innovation and we want to serve our customers with a safer, smarter and simpler way to pay for goods and services. Samsung Pay is able to pave the way and it works with almost all payment terminals where credit or debit cards are accepted.” He added that Samsung Pay will be expanded to more countries after a successful launch in South Korea, China, Brazil, Singapore, Australia, Spain, Russia and the United States. For Malaysia, the service will gradually roll out to other banks and third party devices later on.

Maybank Group Chief Strategy Officer Mr. Michael Foong said,”We believe in Samsung Pay because of its security. It can be more secure than a plastic card. The user interface with Samsung Pay is also beautiful and elegant. In a short period of time we believe that this will be the preferred way to do transactions.” That being said, here’s the nitty gritty as to what may be just the most convenient and effective payment system to hit the country:

What makes Samsung Pay unique is the impressive security that it uses to secure cards bound to each account. Critical financial data tied to Samsung Pay is encrypted by Samsung’s milspec grade Knox mobile security protocol. The protocol requires fingerprint authentication, uses tokenisation and if tampering is detected the phone will wipe the data to prevent it falling into the wrong hands. Users are also able to remotely wipe their smartphones in case it gets lost or goes missing. To wit, the Samsung Pay platform is as, if not more secure than having a physical card. 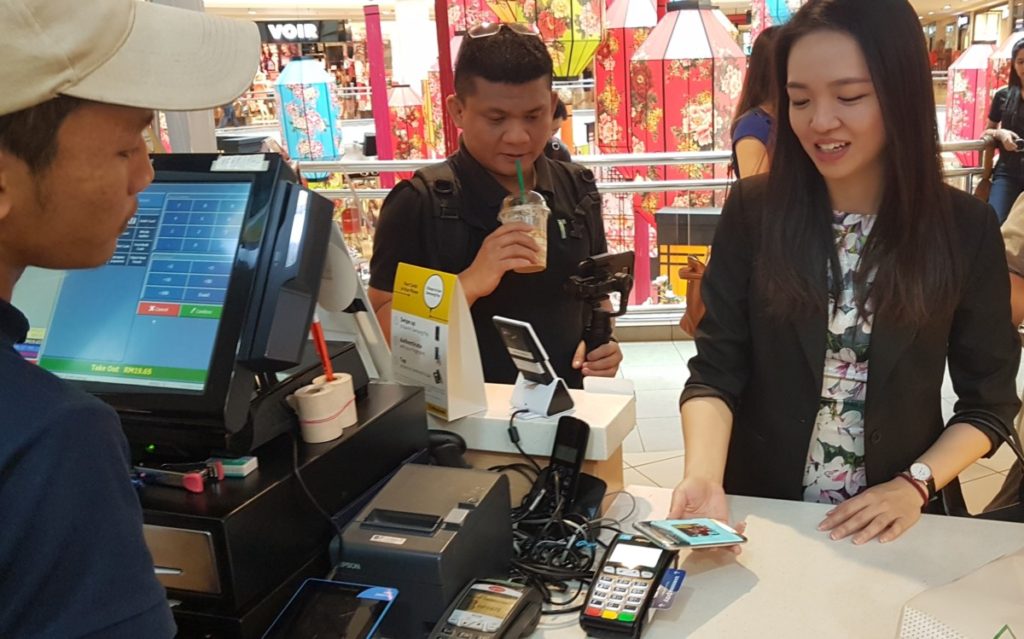 Where can you use Samsung Pay?
The appealing part of Samsung Pay is that it will work at all merchants that accept credit or debit cards. Compatible Samsung phones that have Samsung Pay support will accept transactions with almost all point of sale systems that include magnetic stripe or NFC terminals. For Malaysia, Samsung Pay functionality is currently limited to Maybank Visa users but it will expand to all Maybank customers after 11 February and after that to other banks later on in the year. 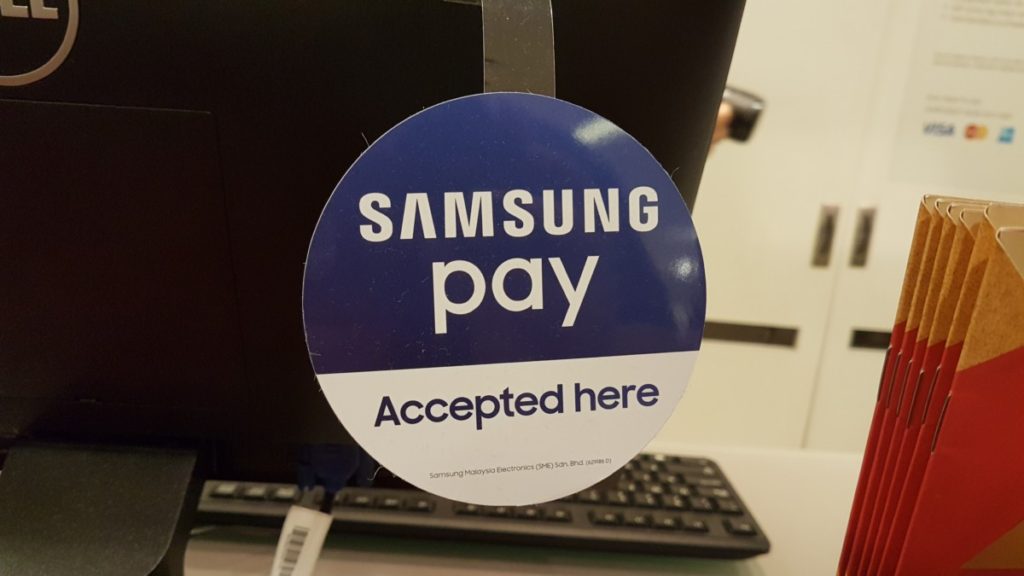 How does Samsung Pay work?
Assuming you have the app installed and a compatible Samsung smartphone, the Samsung Pay app will prompt you to scan in your credit or debit card. Once it has been verified and the app confirms that the card is legit, the issuing bank will send an SMS from your bank. Once the card has been authorised, you’re ready to roll! 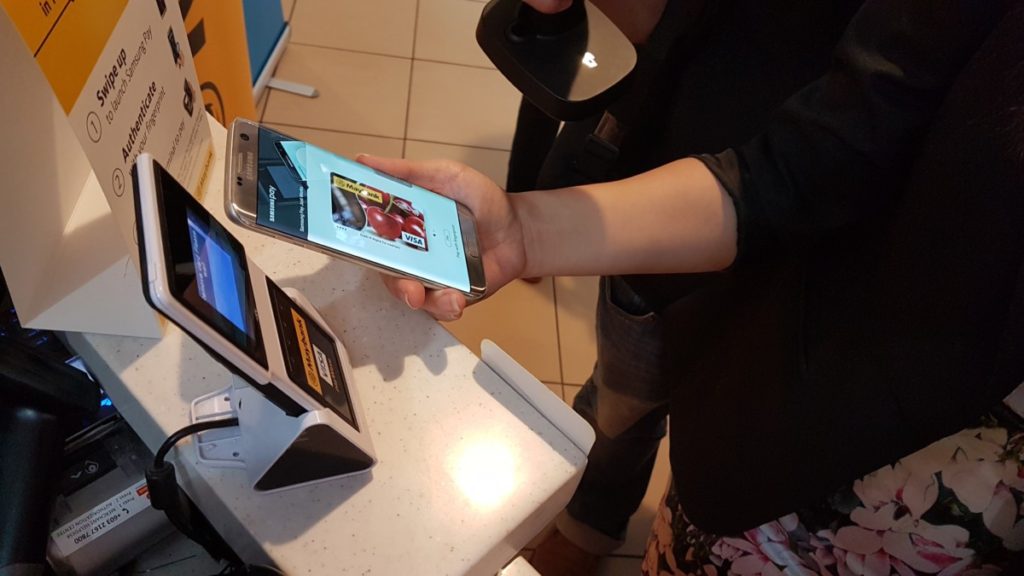 Samsung Pay uses a combination of Near Field Communication (NFC) and  Magnetic Secure Transmission (MST) technology to make payments, depending on the merchant you’re buying stuff from. Once you want to pay for stuff, all you have to do is to activate the app, authenticate that you’re conducting the transaction by using a thumbprint or PIN and then scan your phone on the merchant’s card reader and you’re done.

What else can Samsung Pay do?
The platform aims to  slim down your wallet significantly. To that end, a feature is planned later down the line that allows you to scan in and add any number of loyalty or membership cards so you needn’t carry a whole stack with you when you go shopping.

Also in the loop is support for the Gear S3 so that it can also act as a Samsung Pay platform without the need for it being tethered to your smartphone. You can essentially wave your Gear S3 and pay for stuff. This is still being tested but it’s slated later on in the pipeline. 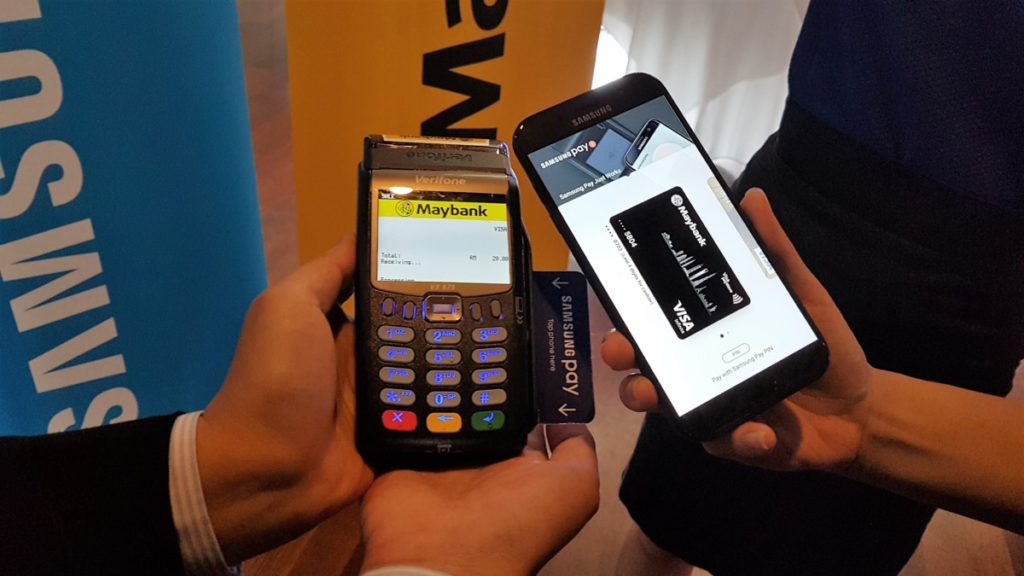 What phones does Samsung Pay work with?
Currently, the Samsung Pay service works with the Galaxy S7, S7 edge, the S6 edge+, the Galaxy Note5, the Galaxy A5 and A7 (2017) as well as the A5 and A7 (2016) smartphones. Currently the system only works with a limited number of Samsung phones but this will expand with the introduction of Samsung Pay Mini which is a downloadable app which will work on a selected number of Android devices to enable similar functionality though it will not be as full featured or as effective as a compatible Samsung phone. 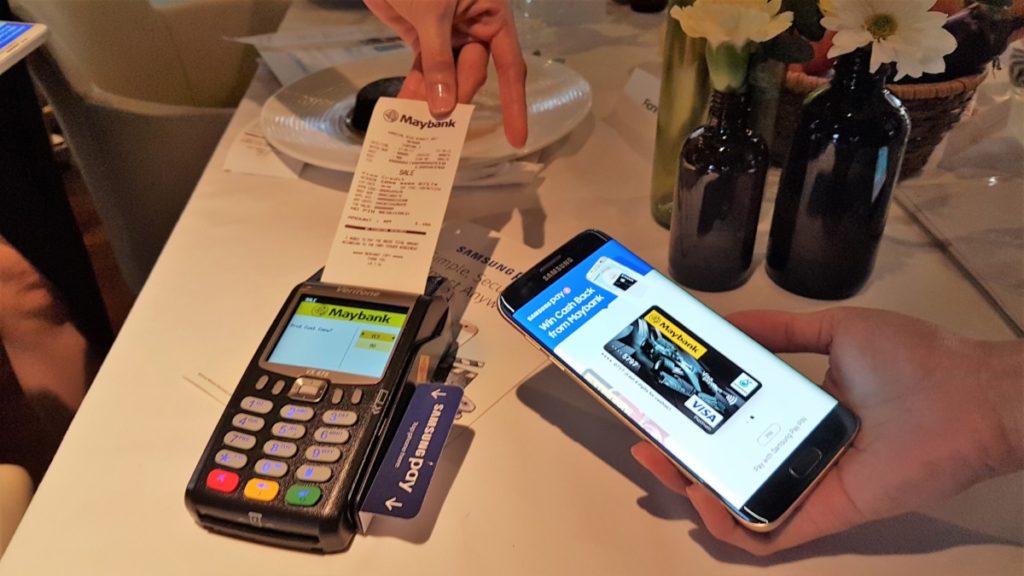