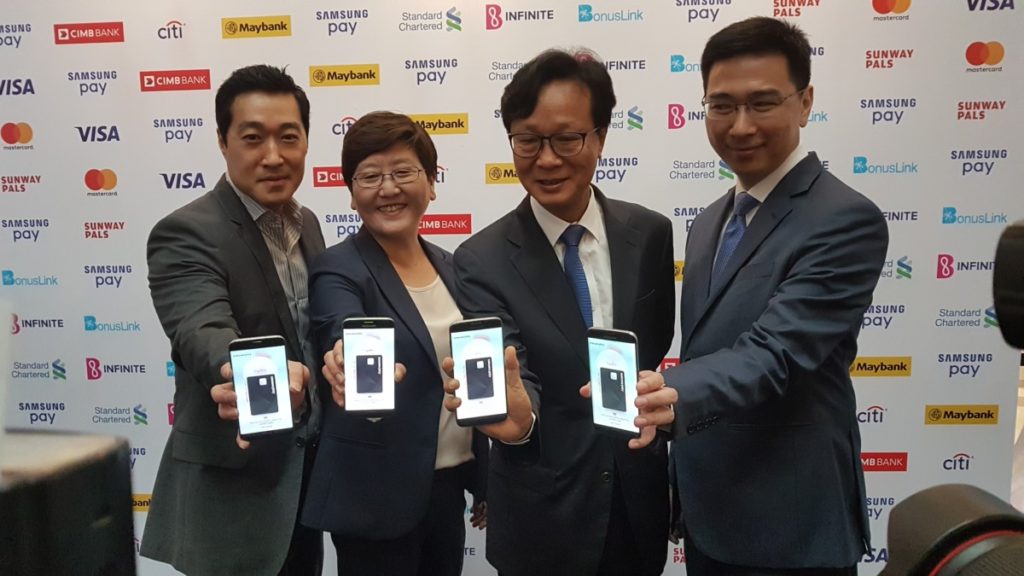 Samsung Pay is now officially launched in Malaysia with a host of local banks. For the uninitiated, Samsung Pay is a device-based mobile payment platform that allows users with a compatible Samsung phone to conduct mobile payments at any credit card terminal be it MST (Magnetic Secure Transmission) or NFC (Near Field Communication) based terminals, allowing it to cover the vast majority of payment terminals in service. In effect, you get to ditch your chunky wallet or purse with all your credit and loyalty cards and pay for goods and services with just your smartphone. 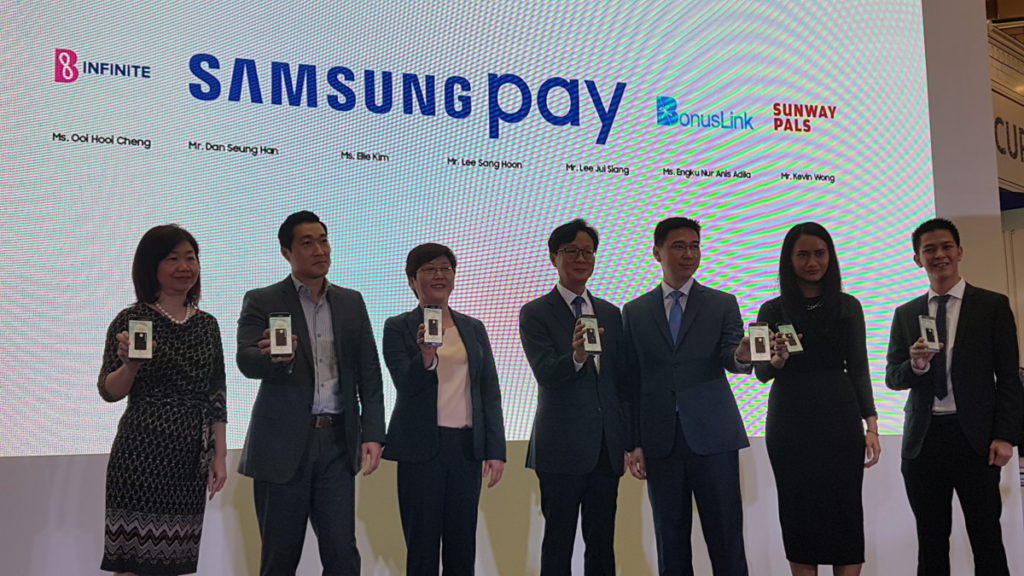 The system is as secure as it gets with Samsung’s milspec-grade Knox encryption built into the firmware of the phone, tokenisation along with biometric based authentication to authorise payments ; it’s technically more secure than simply using the card on its own. Compatible phones that support Samsung Pay include the Galaxy S7, S7 edge, the S6 edge+, the Galaxy Note5, the Galaxy A5 (2016 and 2017) and the Galaxy A7 (2016 and 2017). 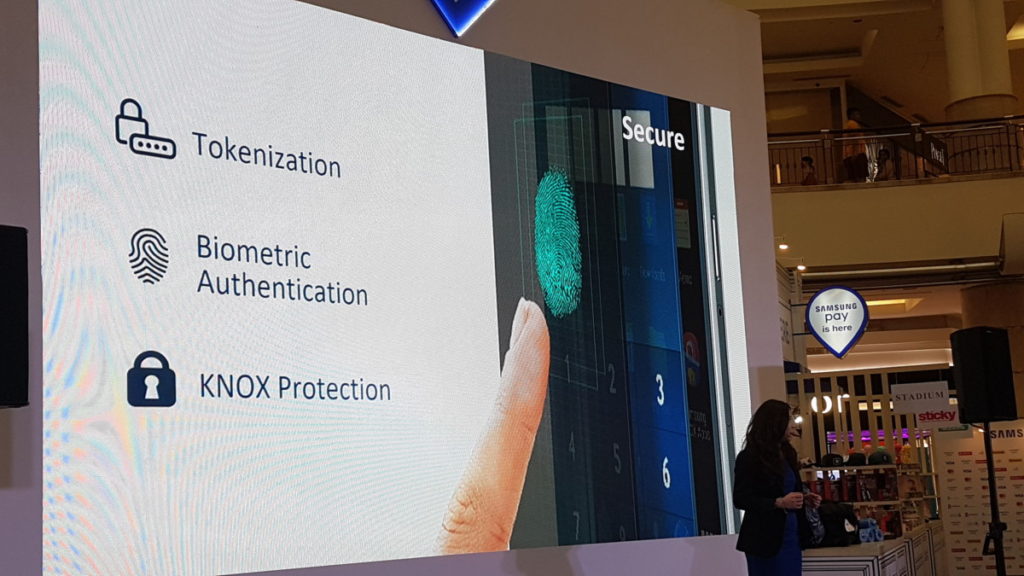 Joining the line-up in addition to Maybank as part of the official launch is CIMB, Citibank and Standard Chartered along with Hong Leong Bank later on down the line. To date, Samsung Pay has launched in ten countries including Russia, Singapore, the United States with Malaysia being the 11th country to introduce it. 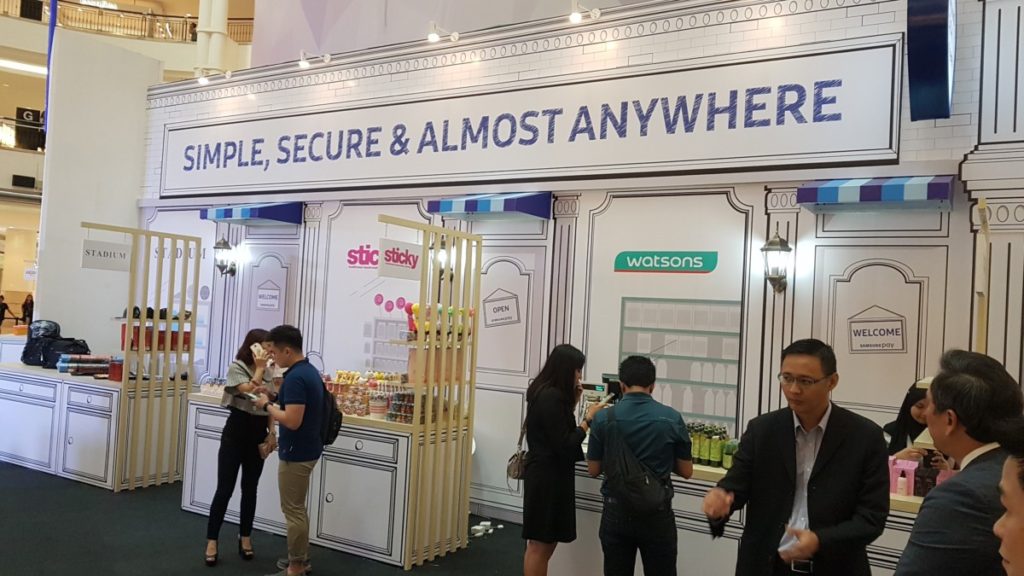 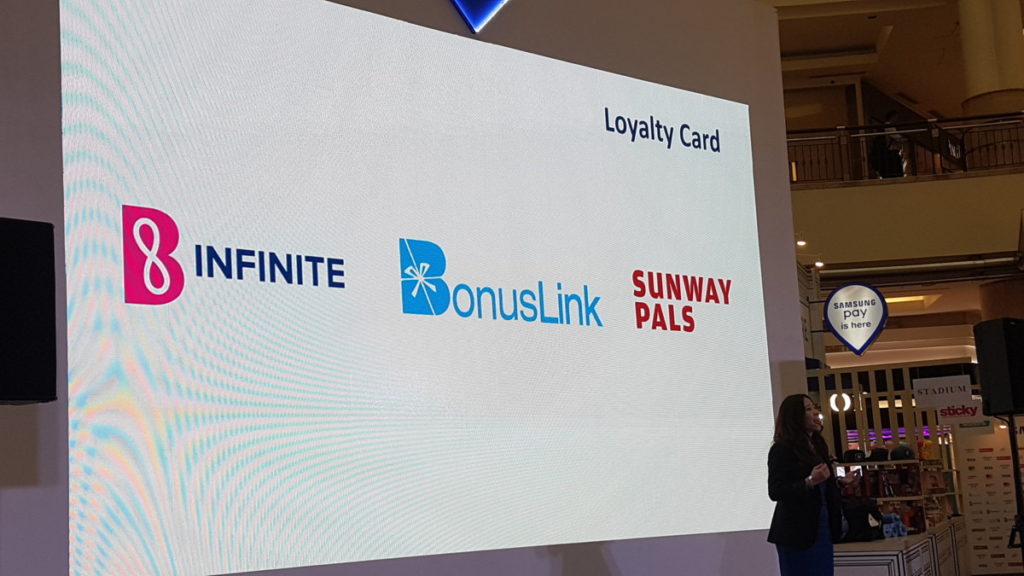 Users can also use the Samsung Pay platform to scan in a host of loyalty cards with the first wave consisting of the Binfinite, BonusLink and SunwayPals loyalty card programmes to minimise wallet bulk. Other loyalty programmes will be added later on the line. 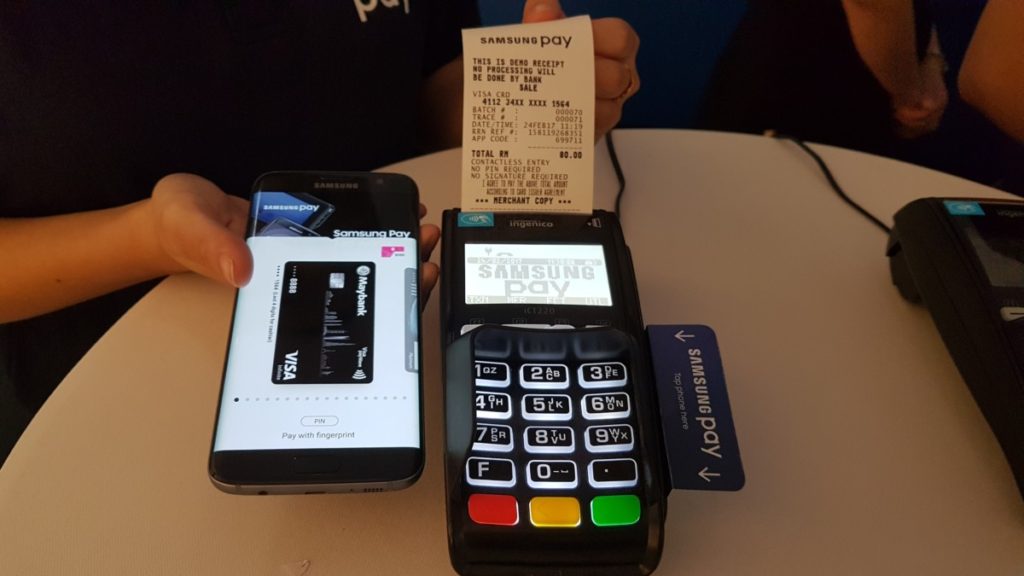 If you’re keen to check out how Samsung Pay works and how to hop onto the bandwagon check out the KLCC concourse where Samsung is showcasing the Samsung Pay system with kiosks to sign up with the aforementioned banks as well as deals galore when you use Samsung Pay. Some of the lucrative prizes and deals  include a free Galaxy S7 edge for the highest Samsung Pay spender in a day and more. For more details check out www.samsung.com/my/samsungpay. 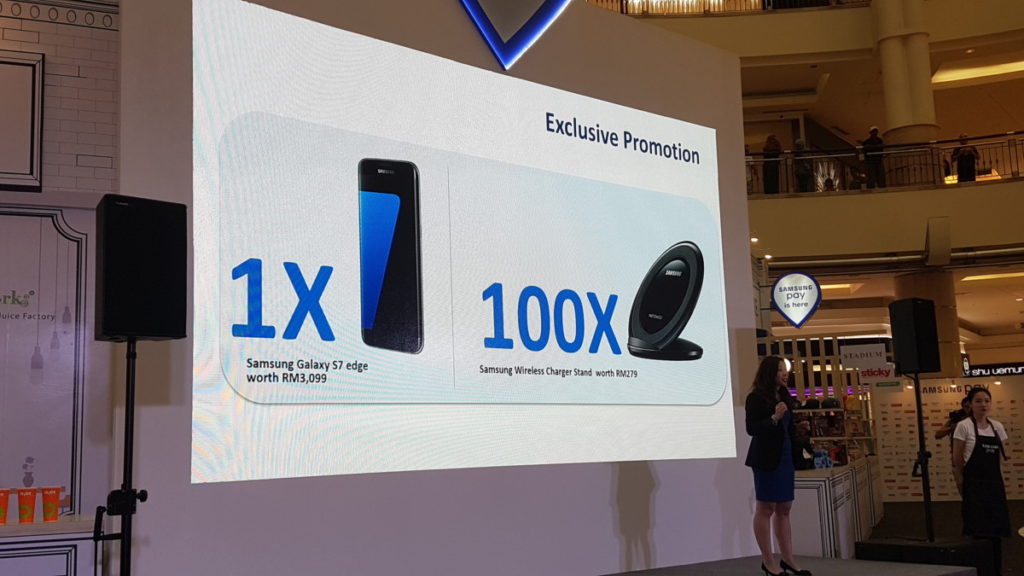