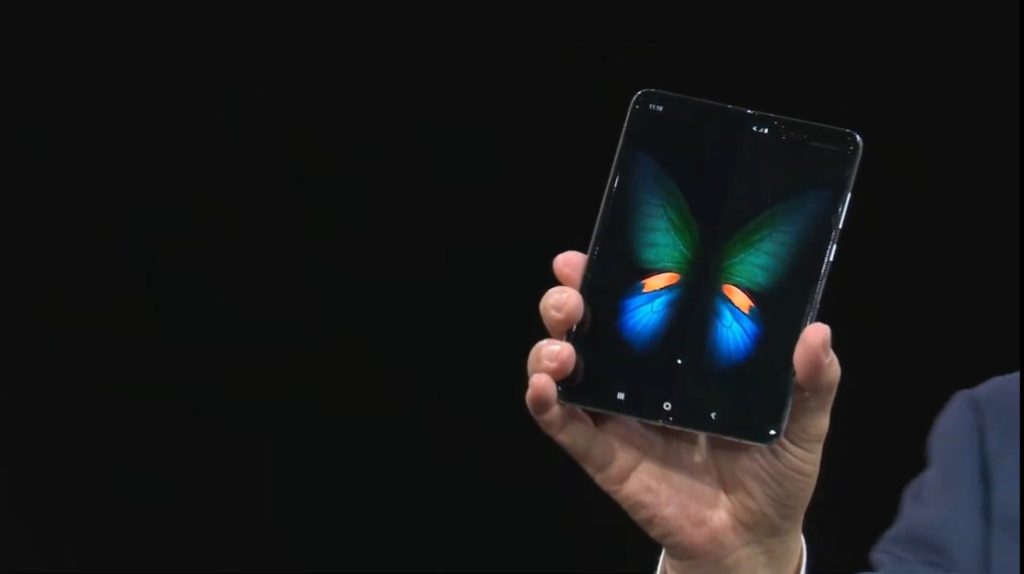 Samsung Unpacked 2019 managed to impress as they took the wraps off a surprise device ahead of the Galaxy S10’s official debut – their first foldable premium smartphone dubbed the Galaxy Fold.

The Galaxy Fold uses a spanking new 7.3-inch Infinity Flex display that integrates an invisible, seamless hinge consisting of interlocking gears that enables you to deploy and fold it thousands of times. When folded down, the Galaxy Fold has a 4.6-inch HD+, 1960 x 840 pixel resolution Super AMOLED display up front as a compact phone. Open it and you get the full-sized 7.3-inch QXGA+ Dynamic AMOLED display which has a 1,536 x 2,152 resolution display. Under the hood, it has a 7nm processor, 12GB RAM and 512GB of Universal Flash Storage 3.0 (eUFS) for fast read/write speeds. 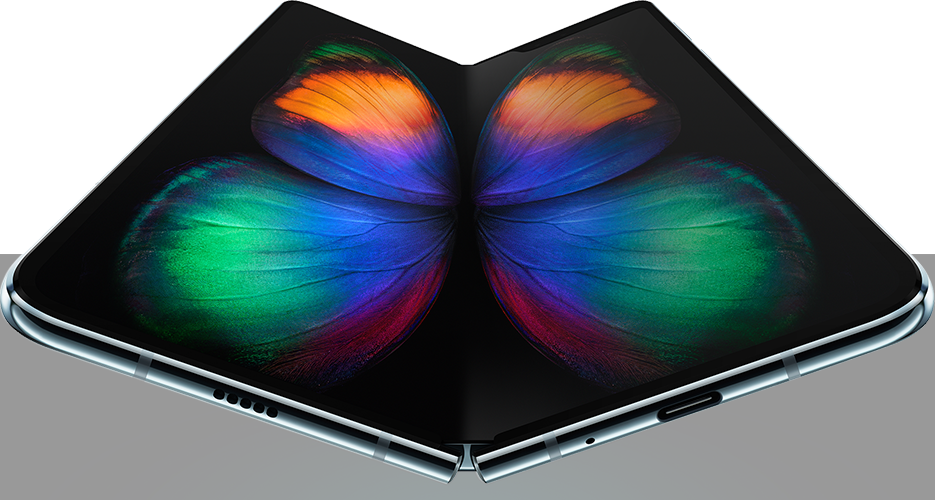 Interestingly enough, the Galaxy Fold integrates two batteries into device, though the device recognises it as one collective available energy pool. Under the hood, the Galaxy Fold runs their One UI and Android Pie. Rather than clunky twistable cameras or whatnot, the Galaxy Fold instead has six cameras with three on the back (16-MP f/2.2 ultra wide angle + 12-MP Dual Pixel F/1.5-F/2.4 and 12-MP telephoto camera with OIS and 2x optical zoom), a 10-MP f/2.2 selfie camera on the outer cover side, a 10-MP selfie f/2.2 camera and an 8-MP f/1.9 camera for depth details.

Showcased at the launch was the ability for the Galaxy Fold to run three apps simultaneously onscreen and apps like Google Maps were seen to be seamlessly transferred from the small phone display to the larger 7.3-inch panel without any pause or break.

The Galaxy Fold will come in four colours – Cosmos Black, Silver, Martian Green and Astro Blue as well as an LTE and a 5G version for USD1,980 (about RM8,051 in Malaysian ringgit) with a US street data of 26 April 2019. Each unit will also ship with a set of wireless Galaxy Buds as well. 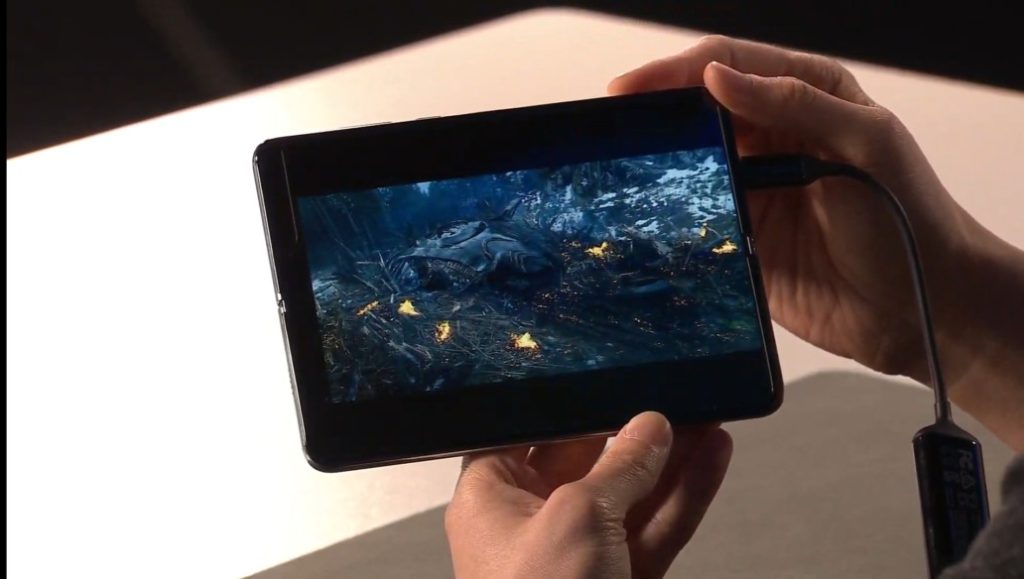 There’s no word or date on when it will arrive in Malaysia or if it will but  it will likely be available in small quantities seeing its rather impressive price tag.

Here’s the exact specs of the Samsung Galaxy Fold: