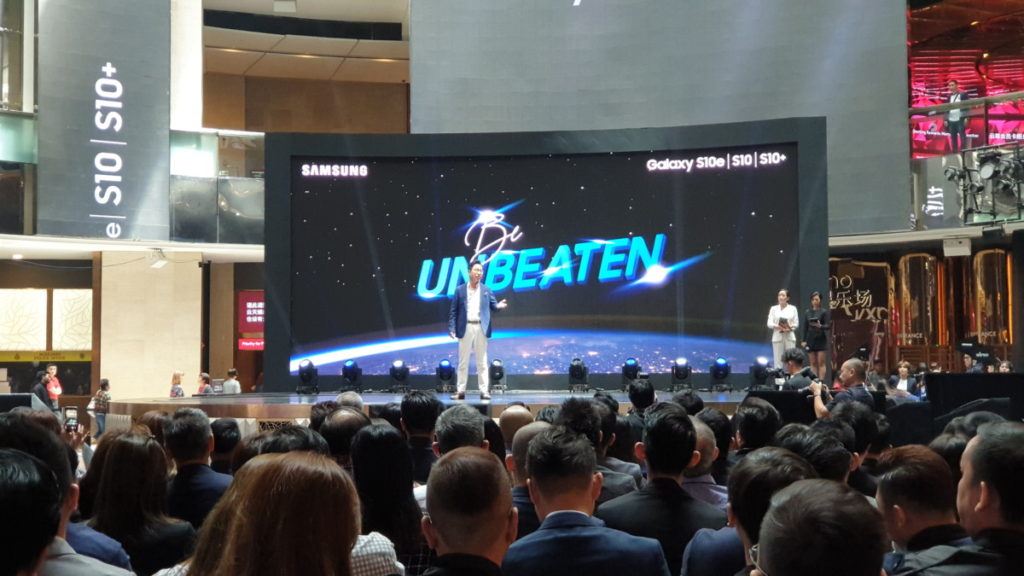 Samsung celebrated the 10th anniversary of their Galaxy series phones with quite a bang, literally so, as they launched their latest phone, the Galaxy S10 into the stratosphere.

To make things more exciting, Samsung Malaysia is offering the chance for the audience to guess where the Galaxy S10 will land once they drop to the earth to win their very own Galaxy S10! Contestants who drop a pin closest to where the ten Galaxy S10 phones will land will score one of the phones, brand new of course, for themselves. The contest, dubbed as “Be Unbeaten” will run from today 1 March 2019 to 4 March 2019.

“This ‘Be Unbeaten’ stunt is a reflection of our vision in Samsung – how we are constantly innovating to break boundaries and striving to reach greater heights. Globally, this is Samsung’s inaugural attempt and we at Samsung Malaysia are proud to be the first market in the world to attempt it. We are propelling ten units to the stratosphere, so ten of the most accurate forecasters will win our brand new Galaxy S10. This is one epic contest you may just want to participate in!” said Yoonsoo Kim, President of Samsung Malaysia Electronics. 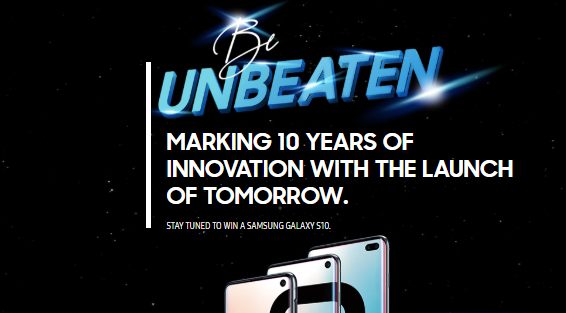 The launch of the Galaxy S10 into the stratosphere was also inaugurated with the announcement of a series of Galaxy S10 roadshows which will take place from 8 to 10 March in the following locations – Mid Valley Megamall in Kuala Lumpur, AEON Tebrau City, Johor Bahru and Queensbay Mall, Penang where buyers can purchase all three of the Galaxy S10 series phones – the Galaxy S10e, the Galaxy S10 and Galaxy S10+.

Those who purchase a brand new phone at these roadshows can score a ton of free gifts. Those who buy the Galaxy S10e can get a free set of Galaxy Buds worth RM499. Those who buy the 128GB version of the Galaxy S10 or S10+ can get a free pair of Galaxy Buds and a Screen Protection Plus programme worth RM779. Buyers who purchase the top of  the line Galay S10+ 512GB version get the new Galaxy Watch Active+ and a Screen Protection Plus programme worth RM1,079. For more on the “Be Unbeaten” contest swing by https://www.s10beunbeaten.com/space