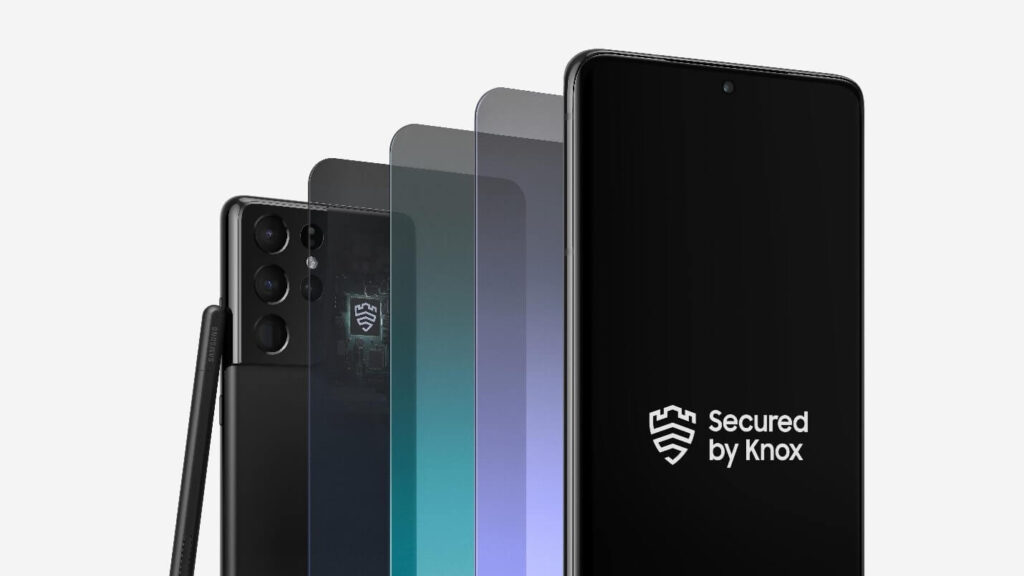 To say that smartphones are extensions of ourselves in the digital age isn’t too far off as we use them to stay in touch, entertain ourselves and, in more recent times, perform banking tasks, purchase goods and more. Needless to say, this makes smartphones an insanely tempting target for hackers which is why protecting them is all the more important.

Samsung has placed special emphasis on ensuring their smartphones are protected against emerging threats with the inclusion of their Samsung Knox security platform which is a defence-grade mobile security platform that consists of a combination of hardware and software security features to protect your precious personal data from intrusion, malware and worse.

Here’s how Samsung Knox protects your Samsung smartphones in day-to-day use and from 5 common cyberattack scenarios.

To save time and to troubleshoot bugs, many developers create software ‘backdoors’ for applications and operating systems easy access but hackers are often able to discover these backdoors which can lead to easily compromised devices as they bypass all the security measures that were intended to keep hackers out in the first place.

Needless to say, downloading, or more commonly sideloading applications from non-official repositories can run this possible risk as hackers can introduce tampered versions of apps that can even create backdoors that didn’t originally exist to get access to your data. If it’s not from the official Google Play store or the official Samsung app store, it’s likely suspect.

Let’s face it, almost every online service we sign up to requires a user name and a password and almost none of us are gifted with eidetic memory which means that we tend to reuse passwords. A lot.  An IBM survey found 86% of users in Asia Pacific tended to reuse the same credentials across multiple online accounts.

To protect users against this possible risk, Samsung’s devices come with biometric authentication tech that range from fingerprint readers to facial recognition as well as Samsung Pass, a built-in tool that allows safe storage of log-in credentials while ensuring strong, robust passwords. In order to prevent tampering, biometrics data is securely stored in Knox Vault, a secure processor that’s completely separate from the rest of the phone.

Walk everywhere and you’ll likely encounter WiFi hotspots that proclaim to be free but odds are they’re not as they act as potential honeypots and traps for the unwary. Login and hackers can potentially gain access to your credit card information, personal data and more. 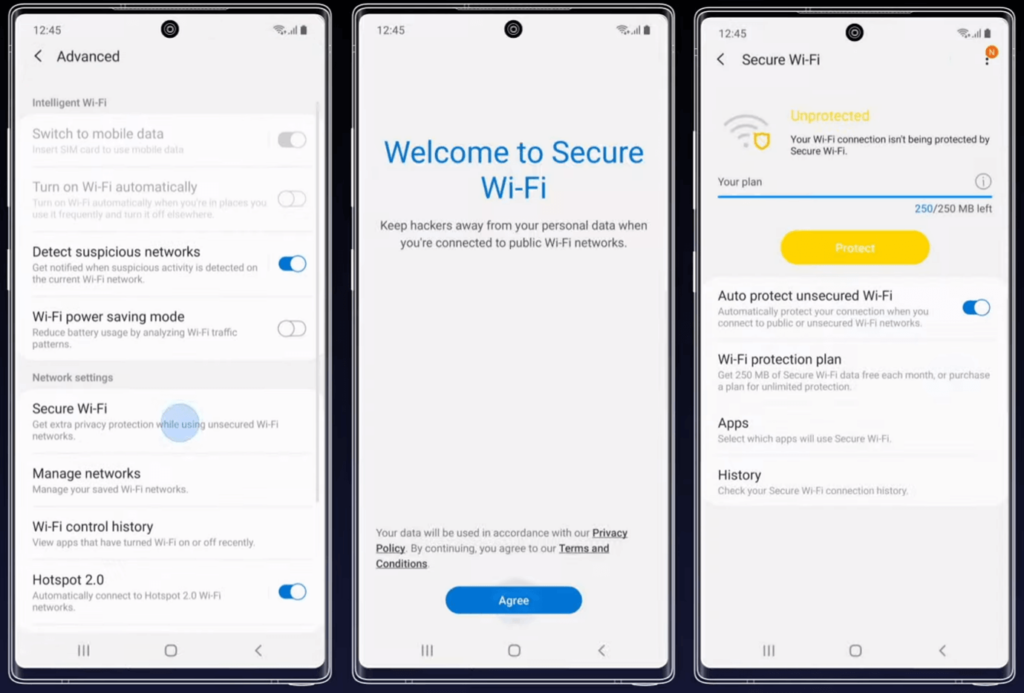 To protect against this potential avenue for a cyberattack, Samsung has a Secure WiFi mode baked in that encrypts outgoing internet traffic and which disables tracking apps and websites, allowing Samsung device users to surf the web safely.

For the uninitiated, phishing attacks are situations where hackers attempt to trick users into giving away vital passwords, data or to persuade users to install compromised software by having it masquerade as a legit document, file or other app to gain further access.

To prevent this from happening, Samsung enacts a multi-layered defense. Samsung Device Care uses their Device Protection mode that constantly scans for malware or malicious activity while Samsung Secure Folder helps keep your critical data secure. Critical data such as credit card details are kept on Samsung Pay which is further encrypted and completely isolated from the rest of the system.

Just a single application can be composed of hundreds of lines of code, let alone a sophisticated operating system to run a device and despite the best efforts of quality assurance and programmers, sometimes vulnerabilities occur called zero-day flaws that haven’t yet been patched but which leave the system vulnerable to hackers and which are generally unknown to the wider public. They’re worth their weight in gold for malicious actors as they offer unfettered access to a device for a limited window of time before they are patched but the chaos that can happen can be nightmarish.

What Samsung devices have Samsung Knox?

Samsung Knox security is primarily available for the vast majority of Samsung’s phones including all their major flagship phones but that’s not all as Samsung Knox’s robust protection also extends to their smart appliances too from their AI EcoBubble washing machines to their latest smart TVs to ensure no aspect of security is overlooked. That, folks, is real peace of mind. For more details about Samsung Knox, check out their official page at https://www.samsungknox.com/en/about-knox