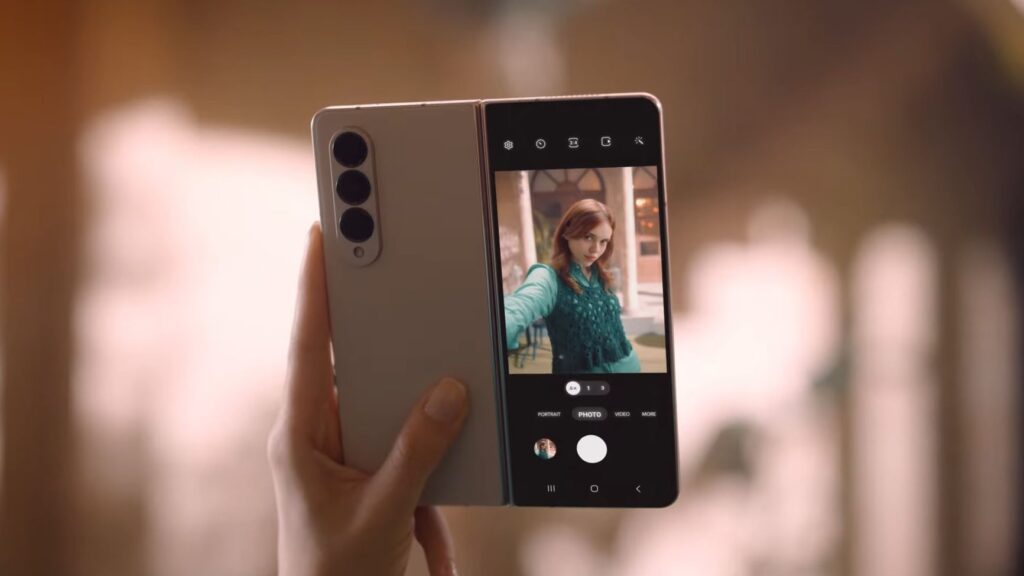 The Samsung Galaxy Z Fold4 is hands down the most powerful foldable that money can currently buy with a form factor that lets it swap from phone to tablet and, if you have a display handy, into a desktop PC on demand via DeX mode.

While its powerful performance and versatility as a productivity device takes centrestage in any conversation, the Galaxy Z Fold4 also has a powerful triple camera array with hardware akin to the powerful Galaxy S22 and Galaxy S22+ which are among the best Android camphones for 2022 that allow it to easily go toe to toe with other flagship camphones. 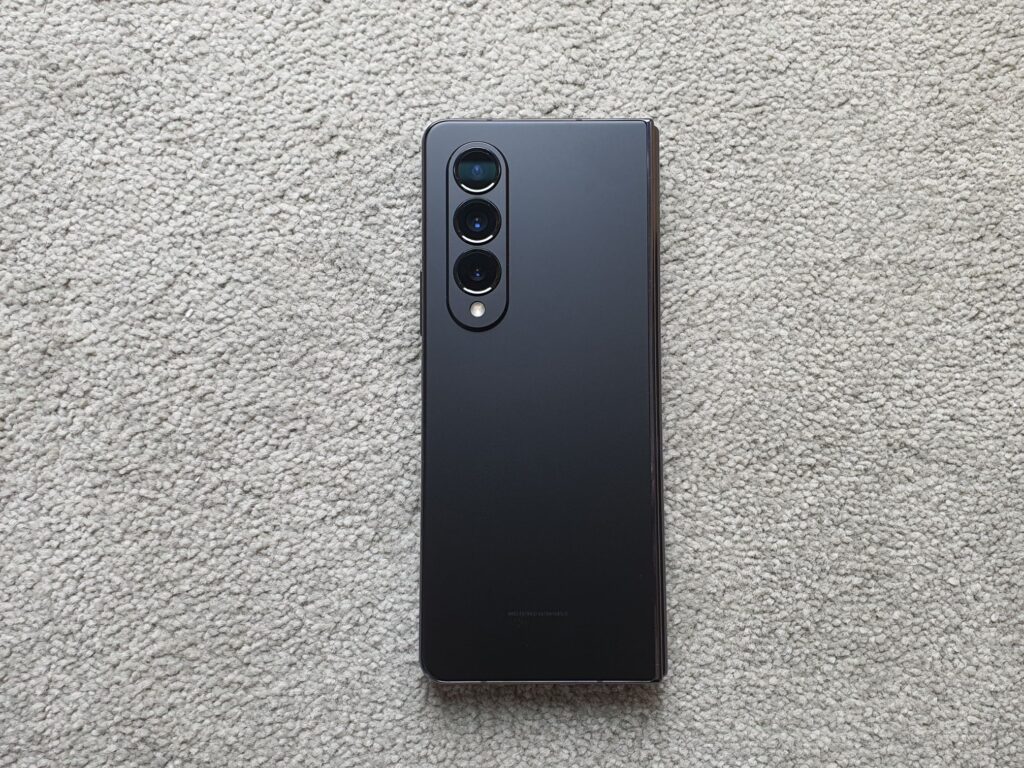 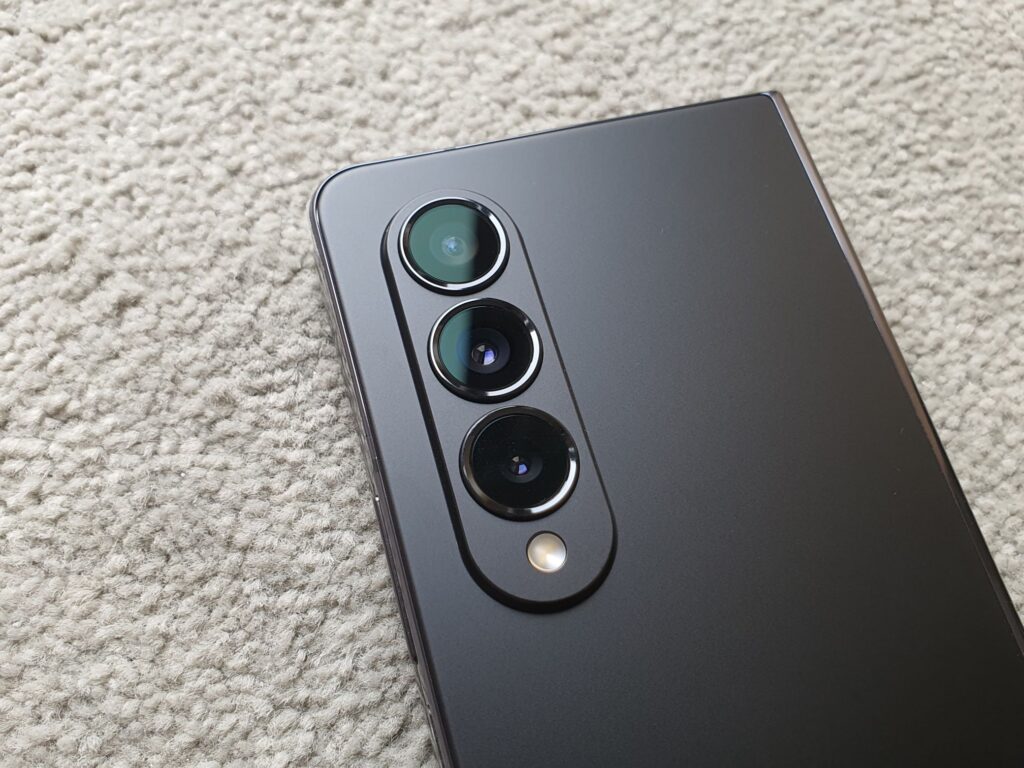 In terms of hardware, the Galaxy Z Fold4’s primary triple camera array consists of a main 50MP F/1.8 camera that has 1.0µm pixels, features Dual Pixel PDAF and has optical image stabilisation. This is backed up by a 12MP F/2.2 ultra wide angle camera with 1.12µm pixels as well as a 123-degree field of view.

Last but not least, it features a 10MP F/2.4 telephoto camera which has 1.0µm pixels along with PDAF as well OIS like the main camera to achieve judder free 3x optical zoom with a maximum of 30x Space zoom.

Up front on the main cover display, Samsung has added in a 10MP F/2.2 camera while the folding display has a 4MP F/1.8 under display camera (UDC). The inner 4MP camera has a denser pixel overlay that makes it even harder to spot than its predecessor when not in use for an uninterrupted view of the main folding display. The end result – superb image quality whether in daylight or in dimly lit scenarios with excellent detail and colours off the cuff.

The Samsung Galaxy Z Fold4’s main triple camera array is able to capture up to high resolution 8K@24fps video which is four times sharper than the current mainstream standard of 4K video. 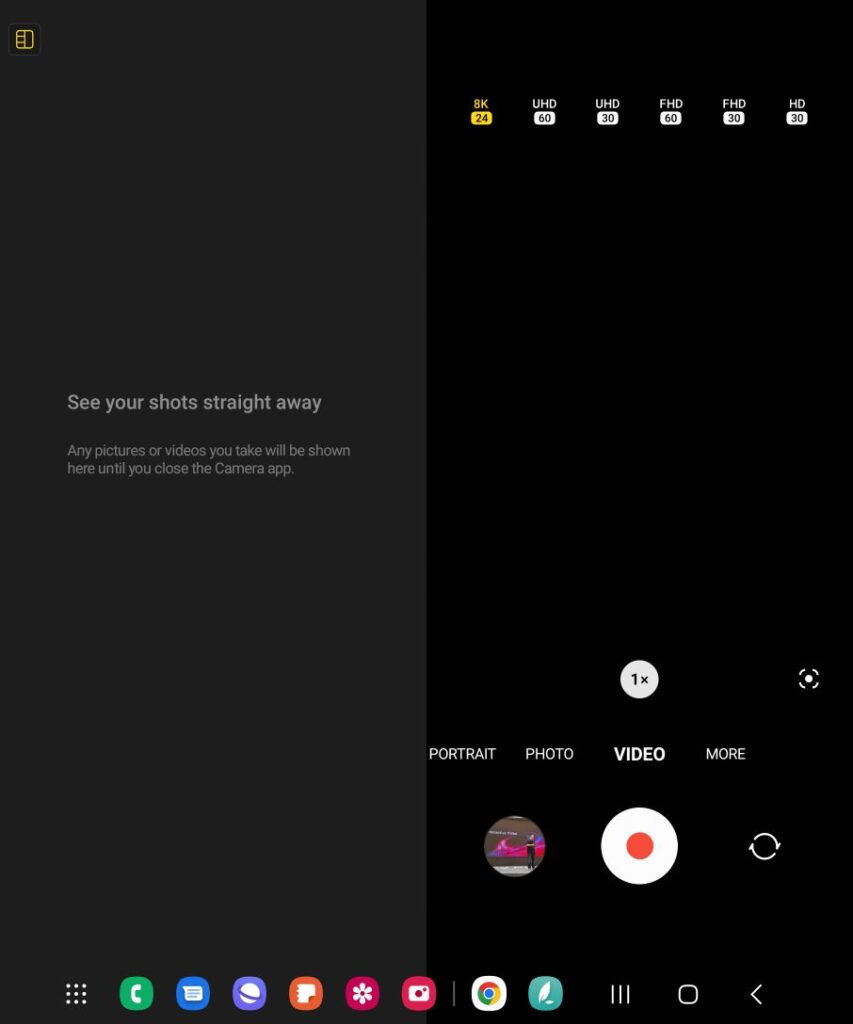 Captured 8K footage is brimming with superbly rich colours and astounding detail while aspiring video editors have plenty of space to do ultra smooth panning shots and zoomed in shots in 4K while still retaining crisp detail.

The Galaxy Z Fold4 features flagship grade cameras feature the ability to capture RAW format photos. While this is not enabled by default to save on storage space, users can download and install Expert RAW app from Samsung’s own Galaxy Store app repository to enable this feature. 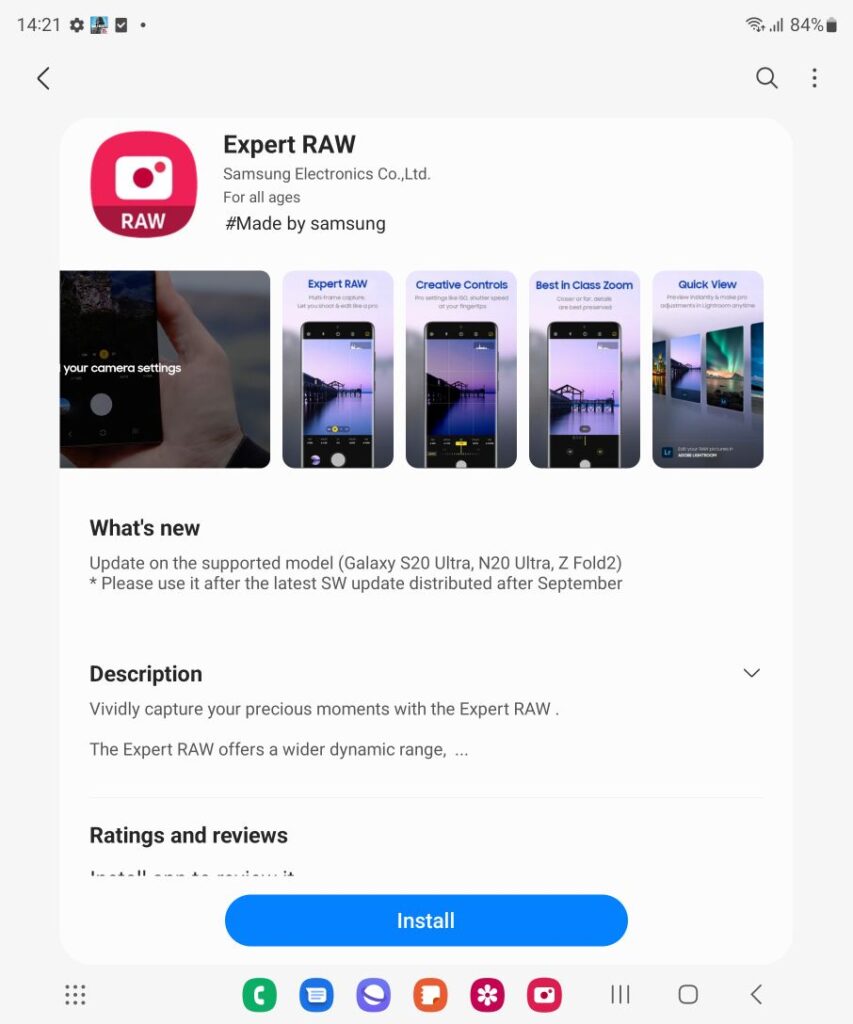 With RAW format photos, every bit of data from the camera sensor is recorded in every shot and is minimally processed with more dynamic range, allowing photographers to digitally adjust a photo to taste with more freedom than just a JPEG which is smaller in size, offers comparatively less image detail and has less ability to be digitally modified.

The large size of the Galaxy Z Fold4’s main 7.6-inch Dynamic AMOLED 2X display affords it a luxury that even dedicated point-and-shoot cameras don’t have – the ability to immediately view results. With the large display, you’re able to simultaneously see captured footage while also continuing to capture photos and videos to ensure you get the results you want. 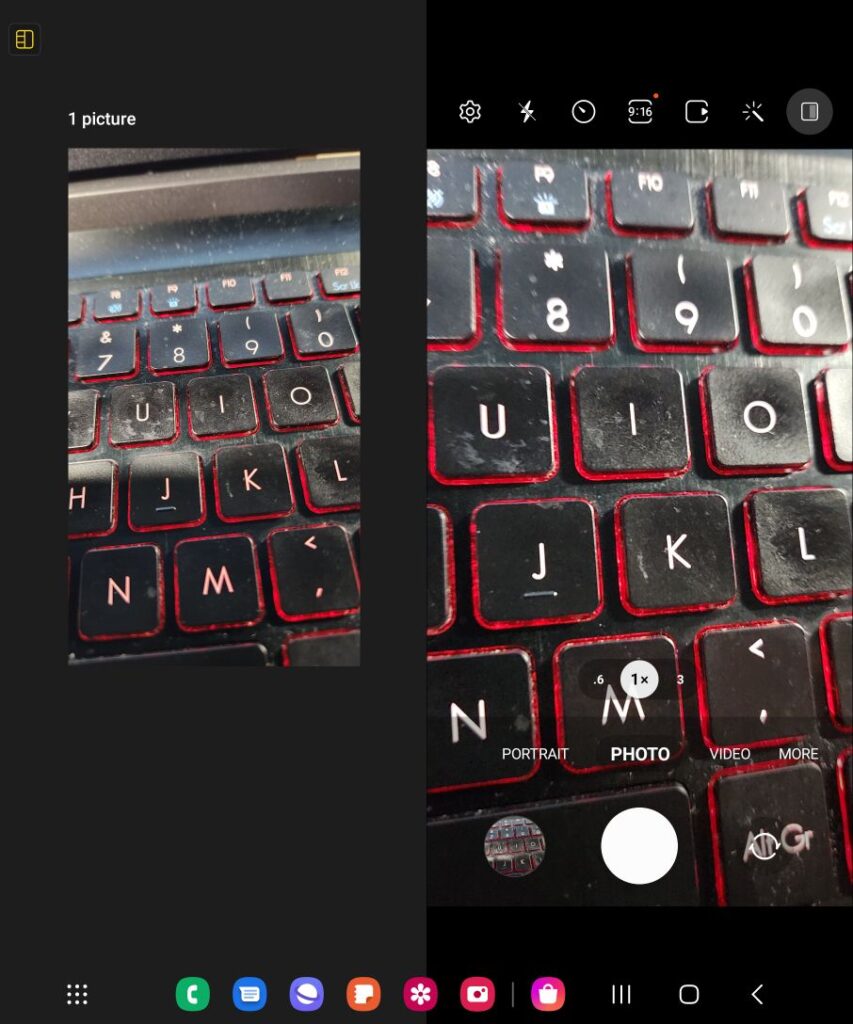 It’s a bit hefty to hold in this fashion but Samsung’s own Silicone Grip Cover offers both protection and a handy built-in strap that makes it much easier to wield.

The unique foldable form factor of the Galaxy Z Fold4 means that you have additional creative possibilities not achievable by a conventionally designed candy-bar-shaped phone. 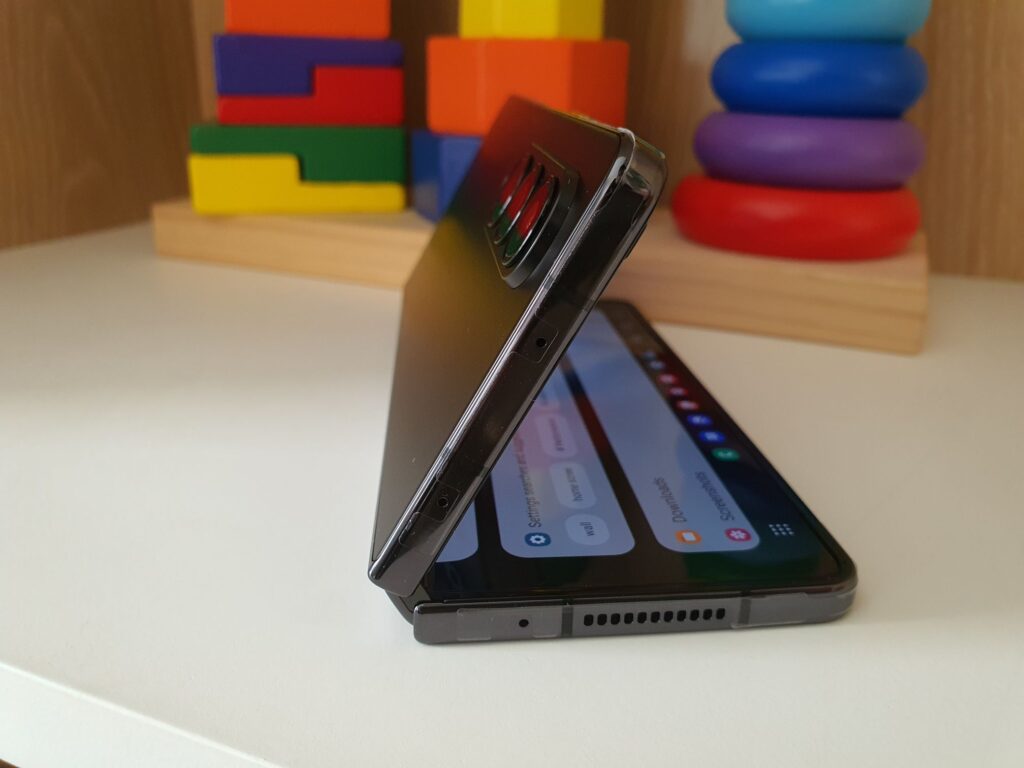 Dubbed Flex mode, this feature enables you to fold the phone halfway up, essentially forming its own stable stand. This lets you take stable hyperlapse shots, group photos and act as a sturdy means to capture video too without the need to tote around a hefty tripod.

Selfies and group shots are part and parcel of the modern smartphone experience but the nature of most smartphones means that you’ll have to rely on a separate display-mounted selfie camera that’s typically less powerful than a main camera to get the shot. 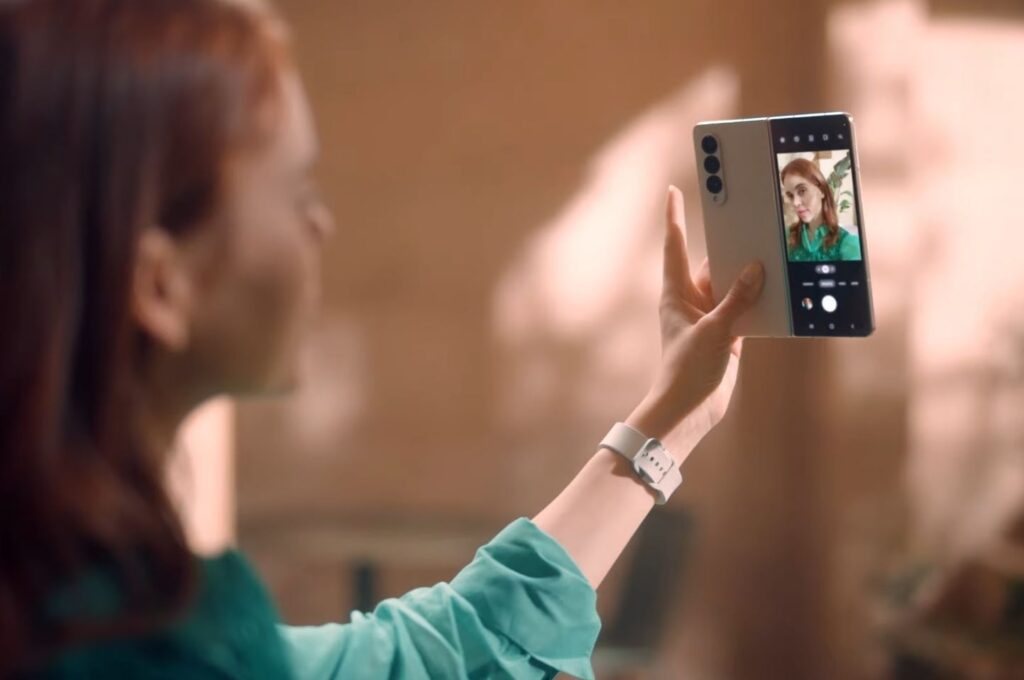 The unique design of the Galaxy Z Fold4 cameras and its Flex mode enables any user to elevate their selfie game by using its powerful main triple camera for instantly better, brighter, more detailed selfies. All you need to do is unfold the phone, turn on the camera and trigger Selfie mode which uses the front Cover display as a viewfinder.

You can check out the Galaxy Z Fold4 camera samples below that were taken in auto mode though the originals have been downsized to make it web friendly to ensure you don’t bust your data quota reading this. 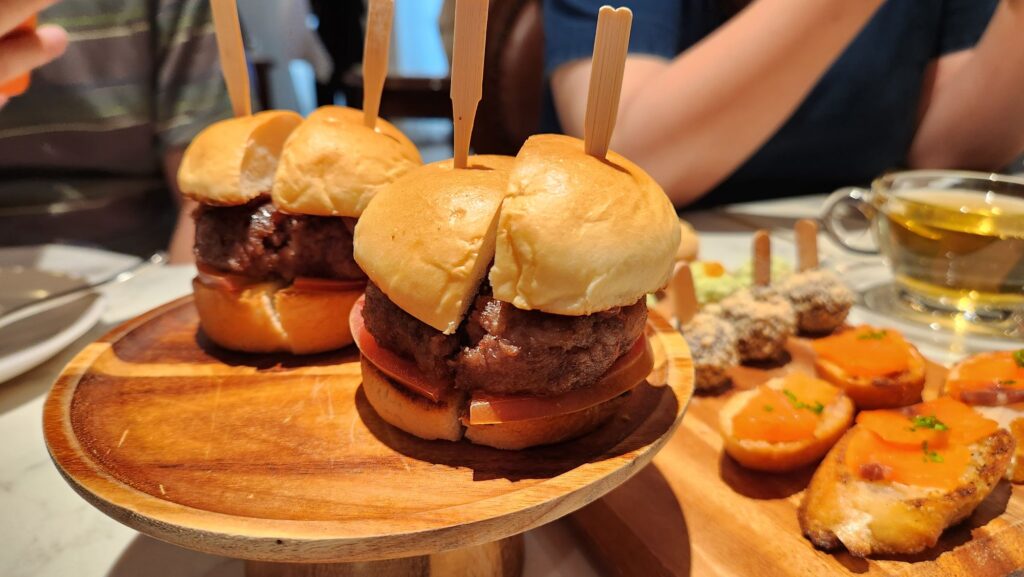 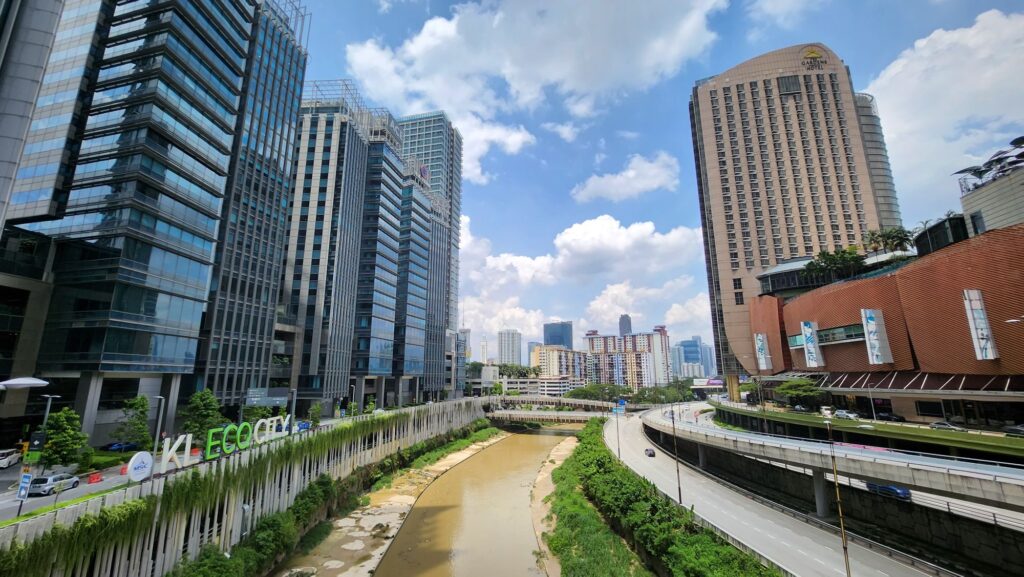 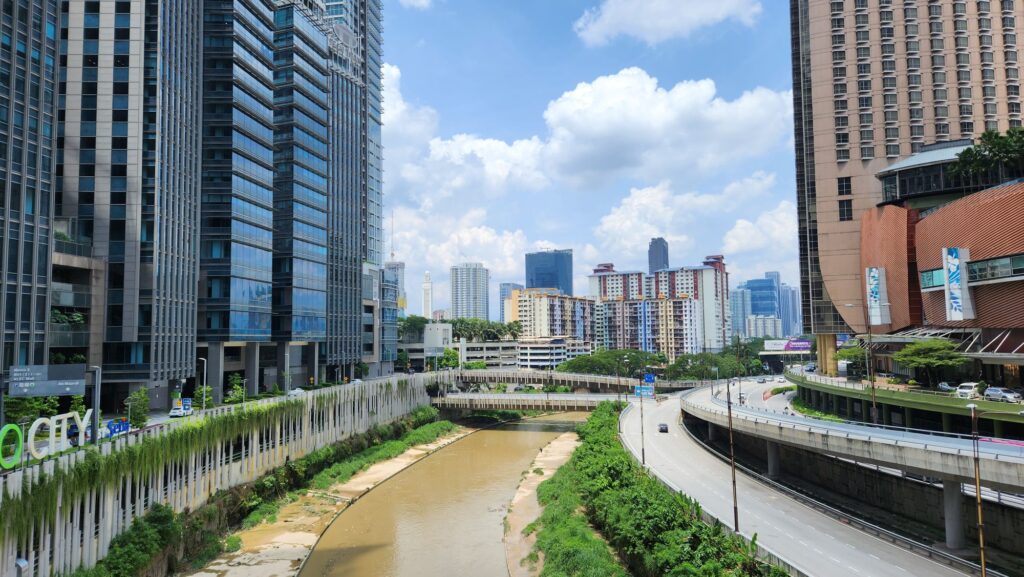 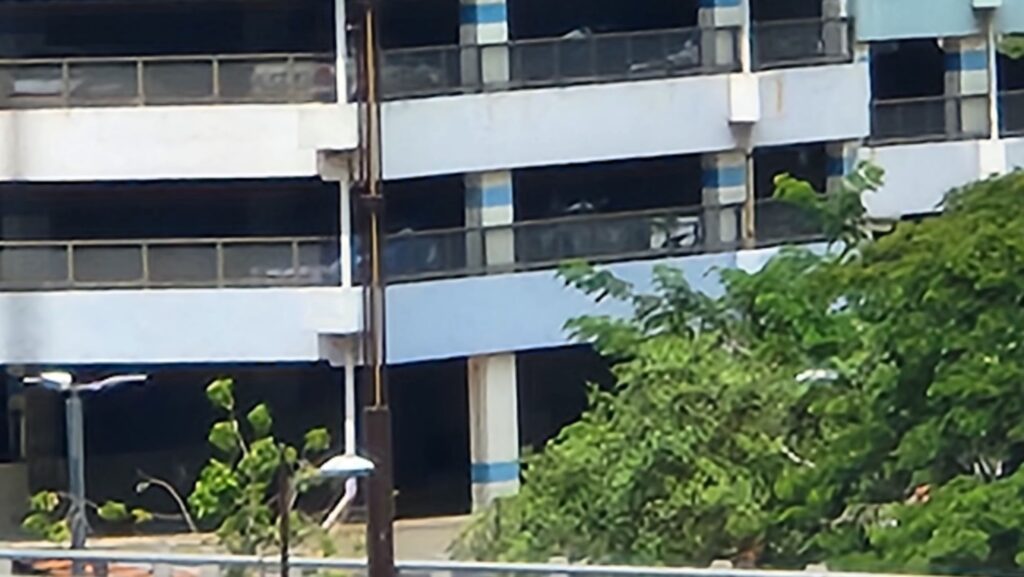 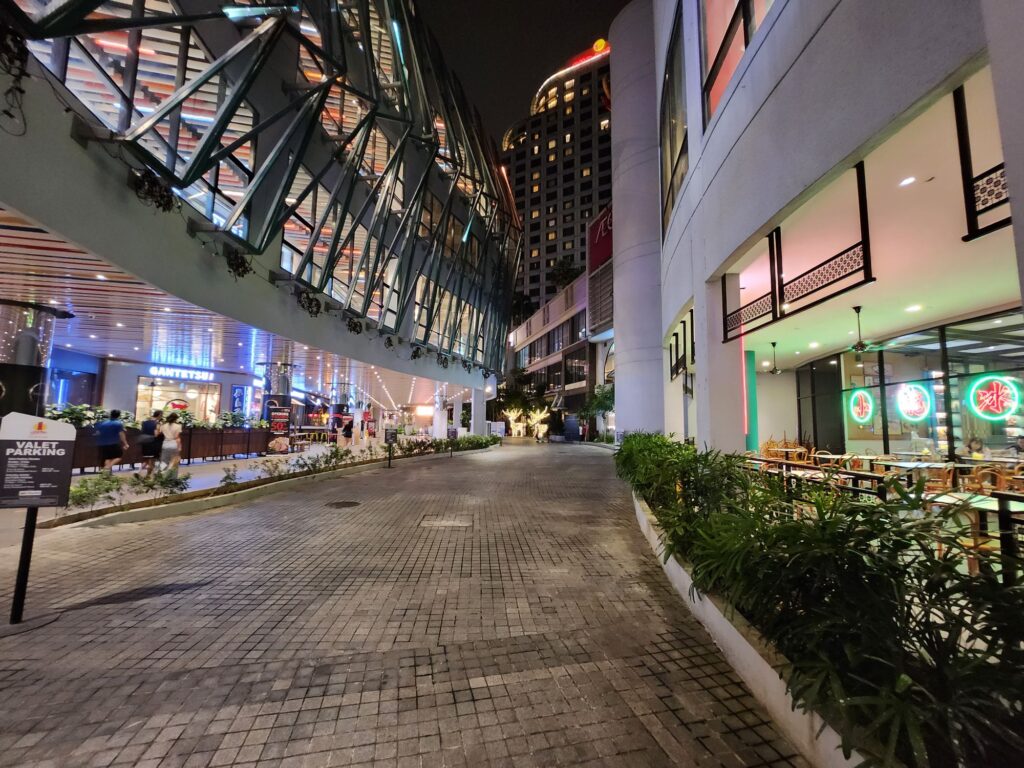 Where to buy the Galaxy Z Fold4 in Malaysia?

The Galaxy Z Fold4 is currently available nationwide in Malaysia at all Samsung Experience stores, authorised dealers and the online Samsung store. 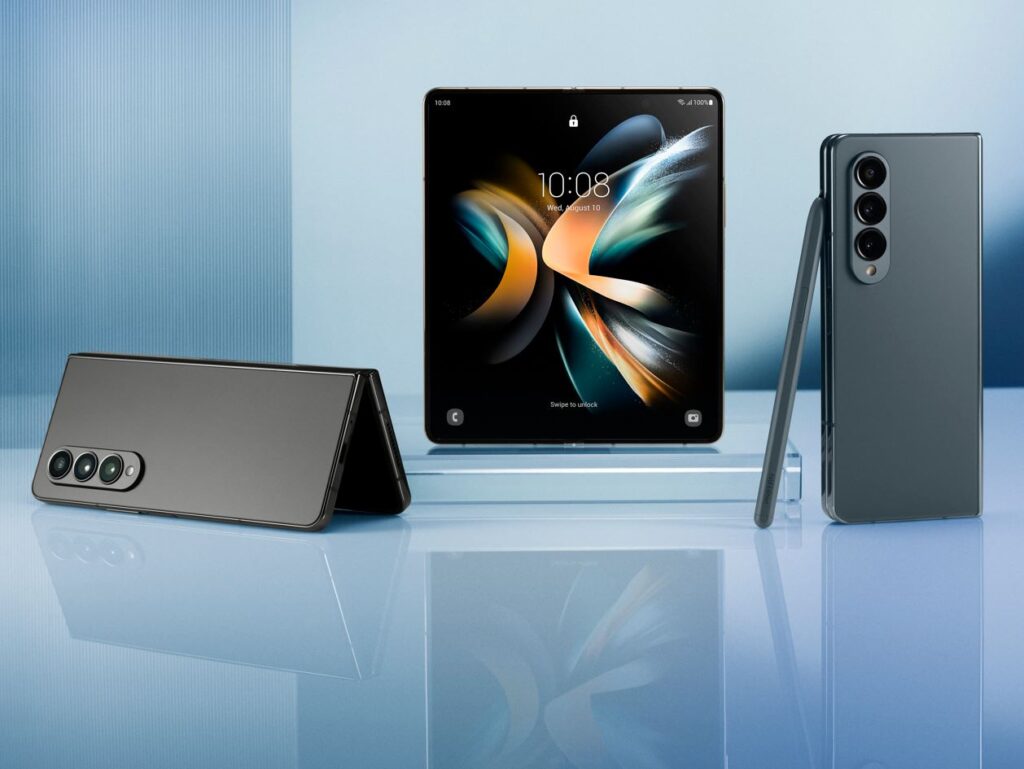 For more details on  the Galaxy Z Fold4, check out the official Samsung Galaxy Z Fold4 website site at https://www.samsung.com/my/smartphones/galaxy-z-fold4/buy/ You can also check out our Galaxy Z Fold4 review here and our feature on why it’s one of the best business phones of 2022 here.