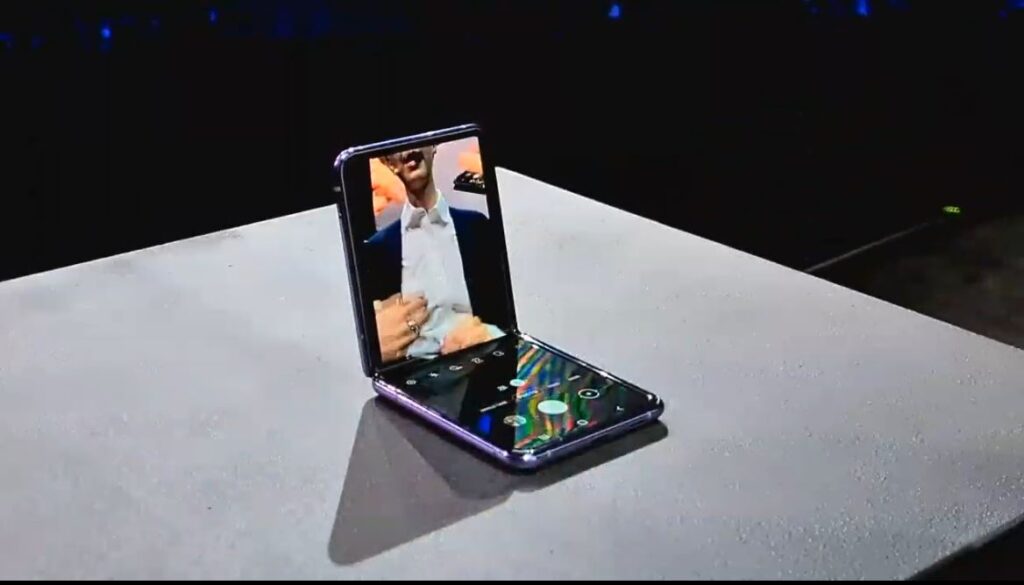 After having been revealed in countless other leaks, the Samsung Galaxy Z Flip has finally made its official debut in all its glory. The leaks are all spot on and what we have is a foldable clamshell format phone with a 6.7-inch Infinity Flex display that, contrary to prior leaks and speculation, uses a proprietary bendable glass they’ve dubbed as Ultra Thin Glass that folds neatly in the middle and which can be used with the screen halfway folded up. 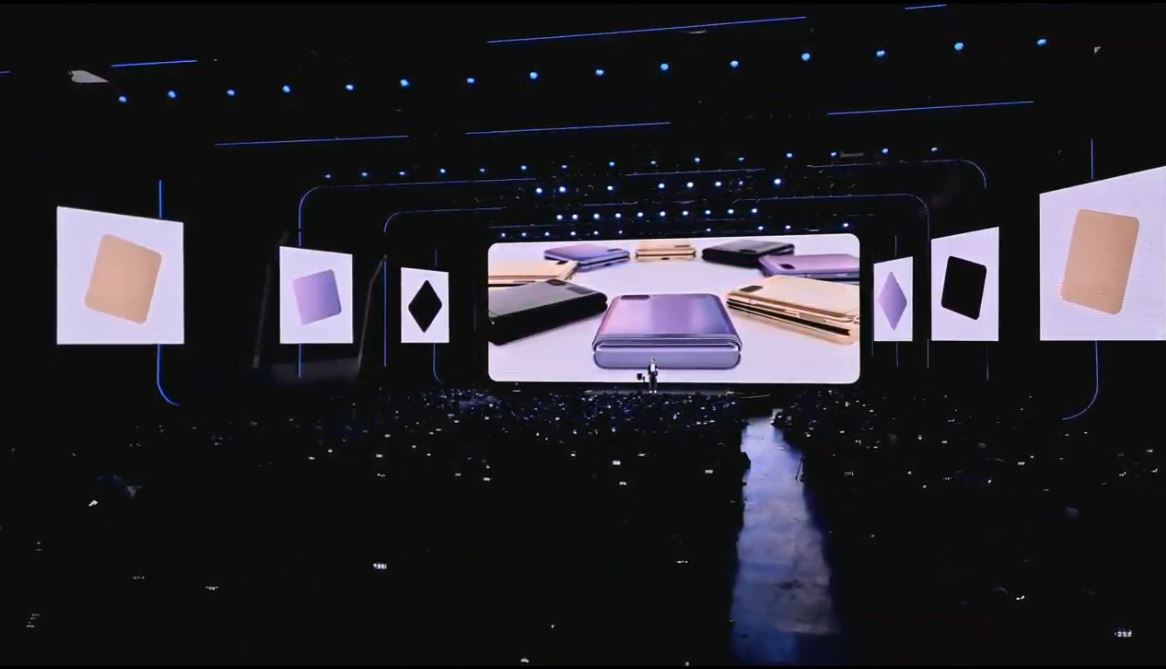 Samsung calls this particular feature Flex mode and the phone itself has a unique series of tweaks to One UI 2 to accommodate this unique feature by having the controls for stock apps at the base and the interactive bits at the top. This mode is also ideal for time lapse videos on the rear dual camera as you can ditch the need for a tripod when doing so and video calls too on the front selfie camera. 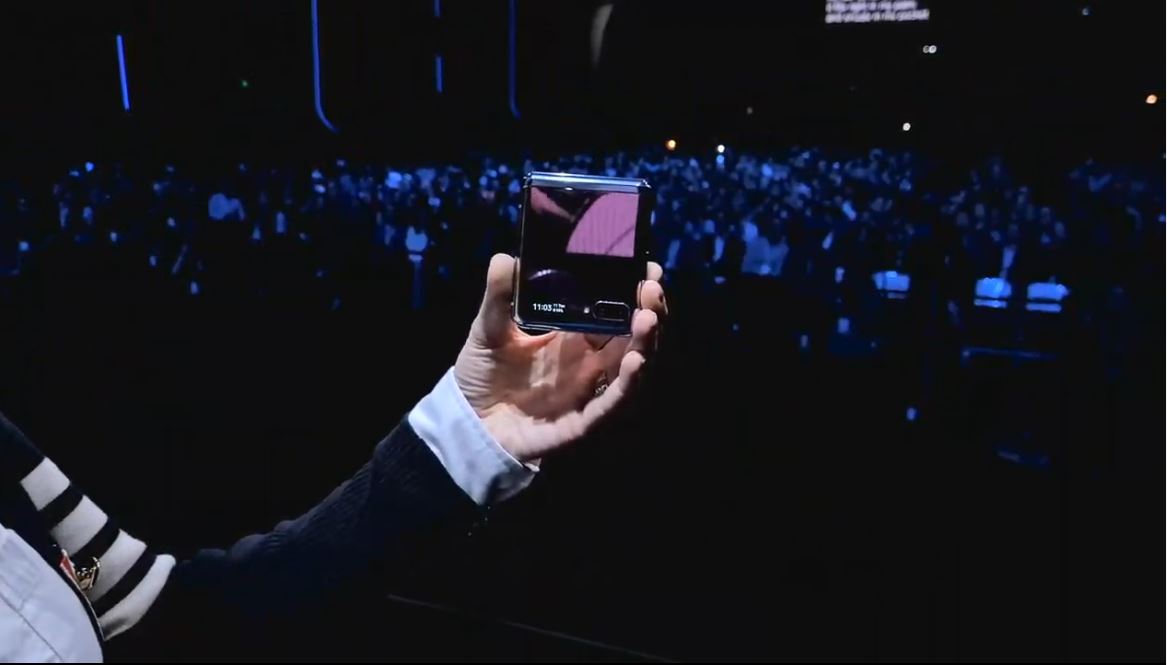 The 10-MP F/2.4 selfie camera is perched on the top via a small punchhole while the rear comes with a pair of 12-MP cameras with one packing an ultra wide angle camera and the other a standard wide angle snapper. The rest of the hardware consists of a 64-bit octacore processor, 8GB RAM and 256GB storage.

When folded down, there’s a small Always On AMOLED display up front for notifications which can also double as a viewfinder for selfies on the rear camera without the need to fully deploy the phone. 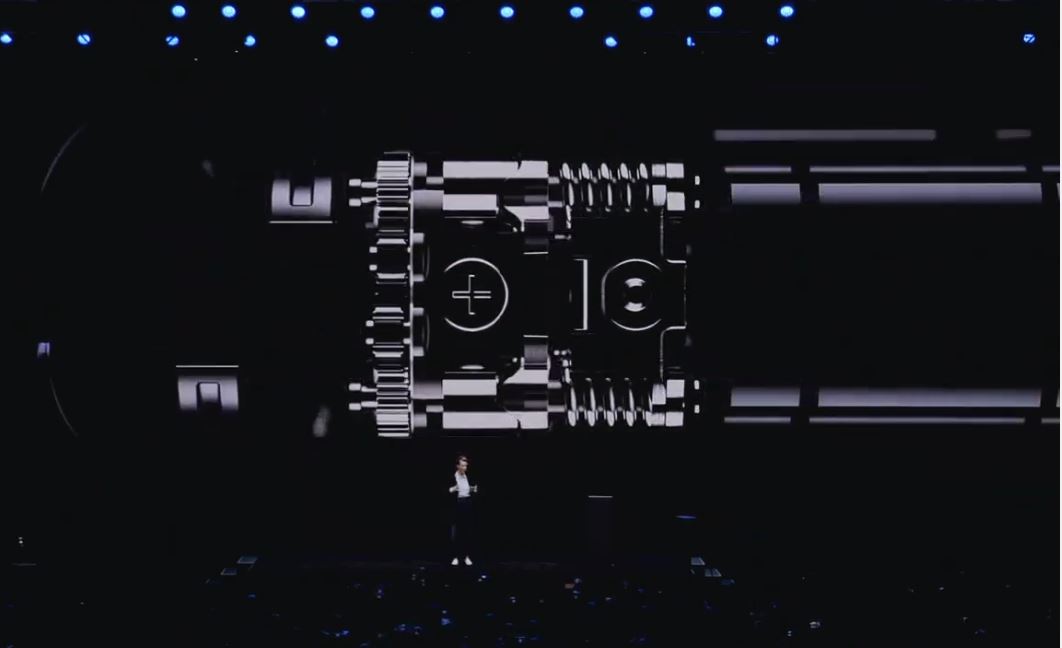 The  lessons learned from the Galaxy Fold mean that there is a significant amount of protection for the Galaxy Z flip that has protection on the hinges and end caps. Dubbed a Hideaway Hinge, the enhanced hinge mechanism for the Galaxy Z Flip is capable of being flipped over 200,000 times which is theoretically more than the lifetime of the phone itself. 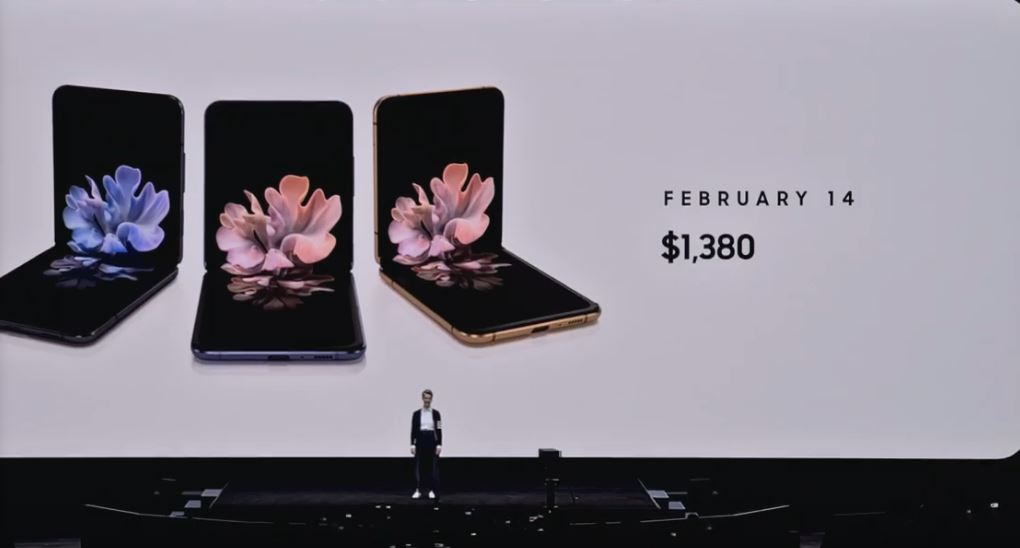 Also announced was a Galaxy Z Flip Thom Browne edition that features a Galaxy Z Flip with a different paint job, a grayish finish with a red, white and blue racing stripe down the middle, a similarly hued casing, a pair of Galaxy Buds+ and a Samsung smartwatch of recent vintage. There’s no price on this special edition just yet but it will likely be more than the stock variant. Follow Hitech Century for more updates as they occur. 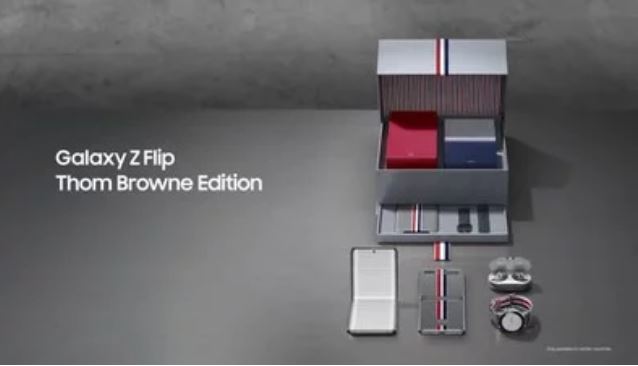