Samsung has officially revealed the actual date of their upcoming Galaxy Unpacked 2022 launch where they will reveal the next generation Galaxy S-series smartphones for the year after tantalising hints from Samsung Head of Mobile TM Roh’s pre-launch keynote. along with an enigmatic global reveal trailer sharing the tagline ‘Break the rules of light’ which likely implies superior low light camera capabilities. 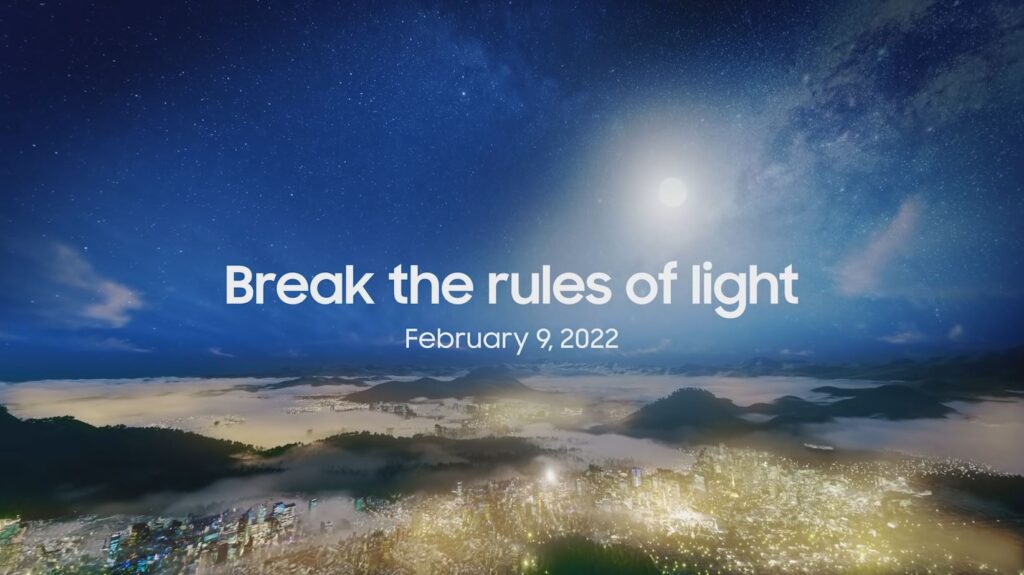 When is Samsung Galaxy Unpacked 2022 in Malaysia time

In an official release, Samsung revealed an image with a February 9 2022 data along with a huge letter S done up in purple with the tagline “The Epic Standard” as well as the site to watch the Galaxy Unpacked 2022 live stream.

While scant details have been released about the next Galaxy S series phones thus far, they’re looking to be very promising indeed and to whet your appetite, Samsung Malaysia is allowing users to register their interest from now until 9th February 2022 at their website and successful registrants will get an RM200 e-voucher which effectively works out as a discount when preordering the next Samsung Galaxy S series phone. To register your interest, check out their official page at  www.samsung.com/my/unpacked/

You can also check the official Samsung Galaxy Unpacked 2022 trailer below:

Posted in News and tagged Galaxy Unpacked 2022, Samsung, The Epic Standard, The Next Galaxy