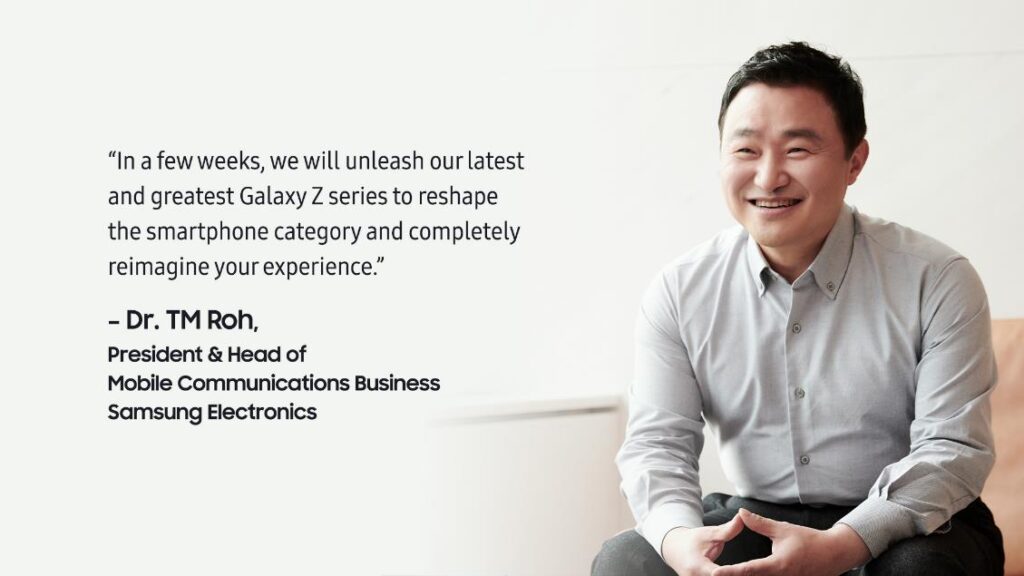 Samsung is going in full steam ahead with their upcoming Unpacked 2021 launch with an earlier announcement and teaser image. In keeping with tradition, Dr. TM Roh, Samsung Head of Mobile Communications Business has posted an editorial where he shares a few more tantalising hints of what will debut at the next Samsung Galaxy Unpacked 2021.

In the editorial, TM Roh confirms that the next generation Galaxy Z series foldable phones will be at the forefront of the launch. Based on what’s been going around on the grapevine, the next gen Galaxy Z Fold3, and the Galaxy Z Flip 2 will be making their debut at Unpacked 2021.

“In a few weeks, we will unleash our latest and greatest Galaxy Z series to reshape the smartphone category and completely reimagine your experiences,” said Roh. Near the end of the editorial, he further confirms that “The upcoming Galaxy Z Fold combines the very best that smartphones and tablets have to offer and delivers completely new ways of working, connecting and creating, while the upcoming Z Flip exhibits an even more refined style, armed with more durable, stronger materials.” The editorial also adds that they will be sharing the “first-ever S Pen designed specifically for foldable phones”.

He also hints of the capabilities of the next gen Galaxy Z series. He emphasises that the new generation of Galaxy Z phones will have ‘epic cameras’, ‘vivid immersive viewing experiences’, ‘long-lasting batteries’ and ‘strong security’. He also adds that the new third generation of foldable devices will, “amazing new multitasking capabilities and enhanced durability for even more people around the world.”

TM Roh also touched on closer collaboration with Google and Microsoft for more control over apps, data and privacy so that users can curate their own experiences with total peace of mind. Among the apps and features he mentioned are more partner apps that can take advantage of the unique form factor of foldable phones. He adds that “From hands-free optimized video calling with Google Duo and watching videos in Flex mode on YouTube to multitasking in Microsoft Teams, our foldable ecosystem will offer a wealth of seamless and optimized experiences.”

Unfortunately, there will be no Galaxy Note series phones appearing this time around for this Unpacked but TM Roh mentions that their features like the aforementioned S Pen will see wider service in other Samsung Galaxy devices. Tune in on August 11 2021 on www.samsung.com/my for the live stream at 10.00PM Malaysia time to catch the next Unpacked 2021! 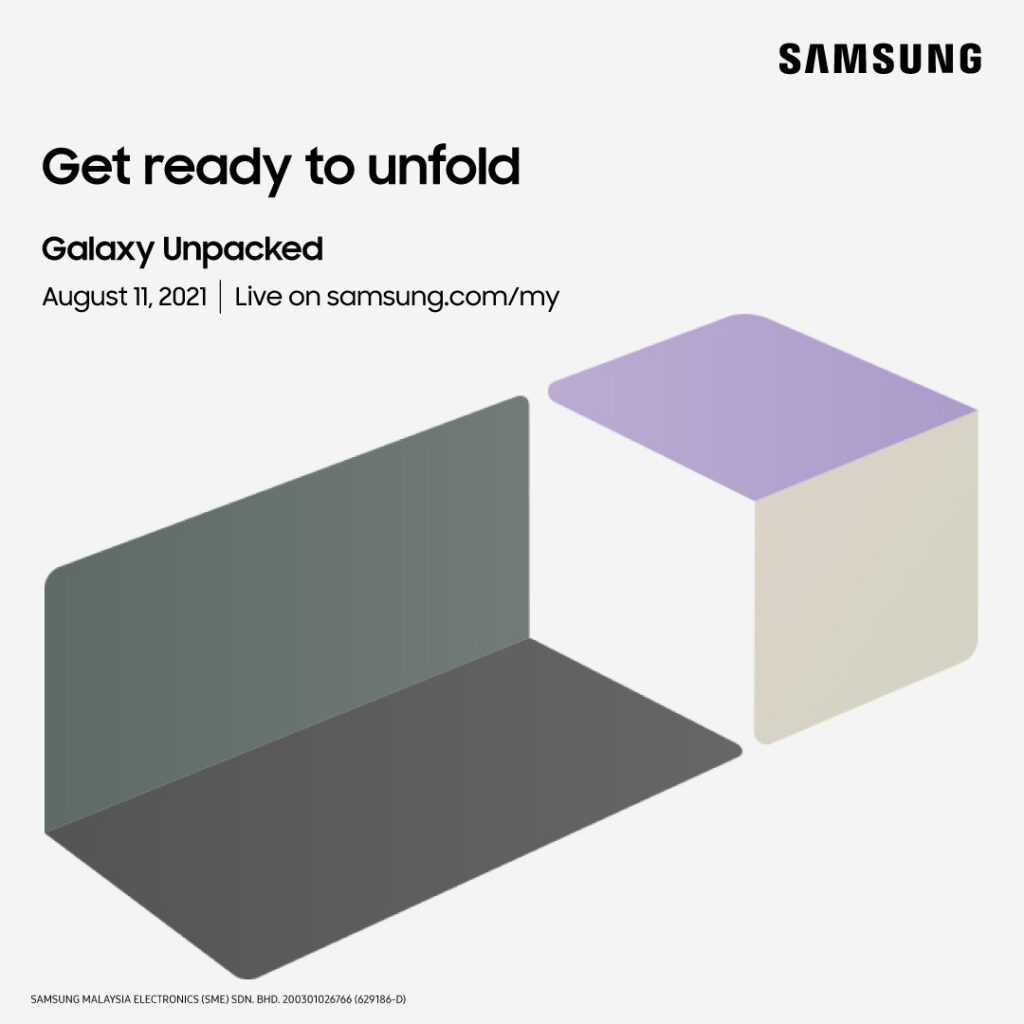