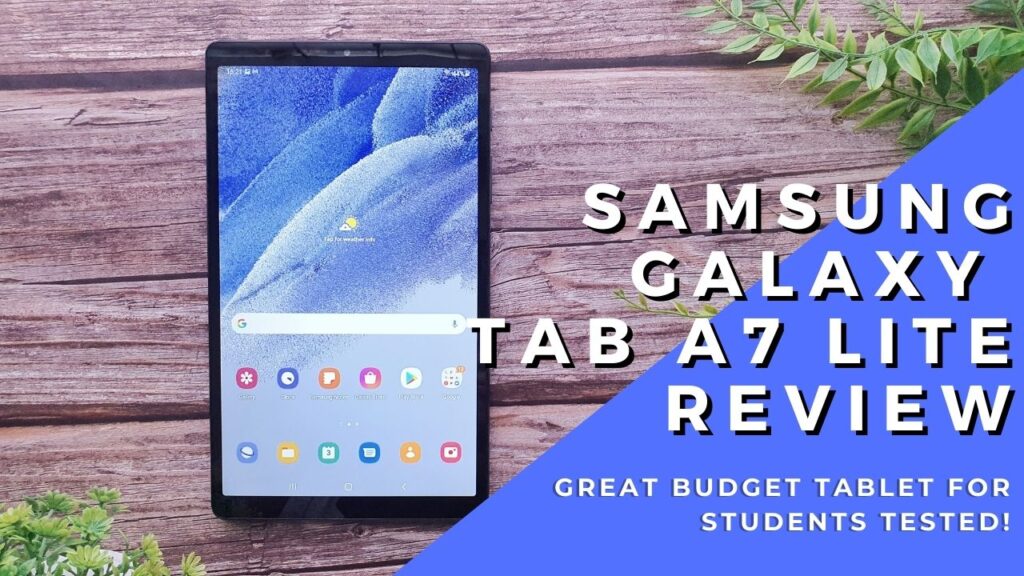 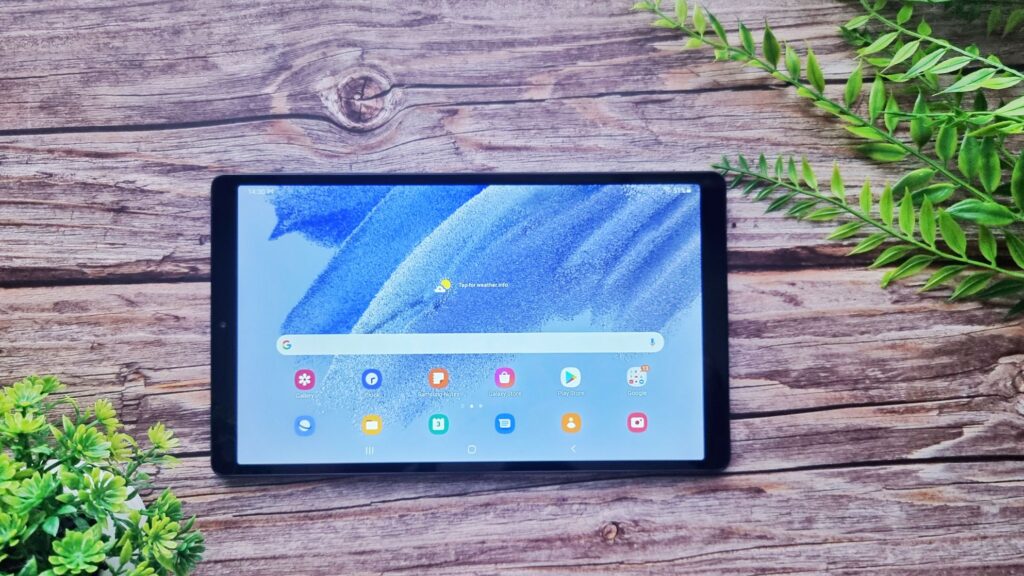 Here’s a quick recap of the Galaxy Tab A7 Lite’s specifications for units sold in Malaysia:

In terms of overall specifications, the Galaxy Tab A7 Lite doesn’t break speed records and middling specifications that maximise its price tag. For what you pay for, you get a decently sized display, stereo speakers and full fat Android 11 with full access to the Google Play store.

When put to the test, the Galaxy Tab A7 Lite works best when used as a general purpose tablet for light duties. The modest 60Hz refresh rate and middling processor means that graphically intensive gaming isn’t a particularly good idea on the tablet with Asphalt 9 taken several minutes to load though PUBG and Call of Duty Mobile managed to run on low settings. App switching was a bit on the slow side as well seeing the 4GB RAM available it’s understandable.

The provision of a microSD card expansion slot means that you can store quite a substantial amount of content on the tablet be it movies, PDFs, lecture notes or other classwork which makes it handy for travelling in tandem with its compact form factor or in areas with wonky data quality. 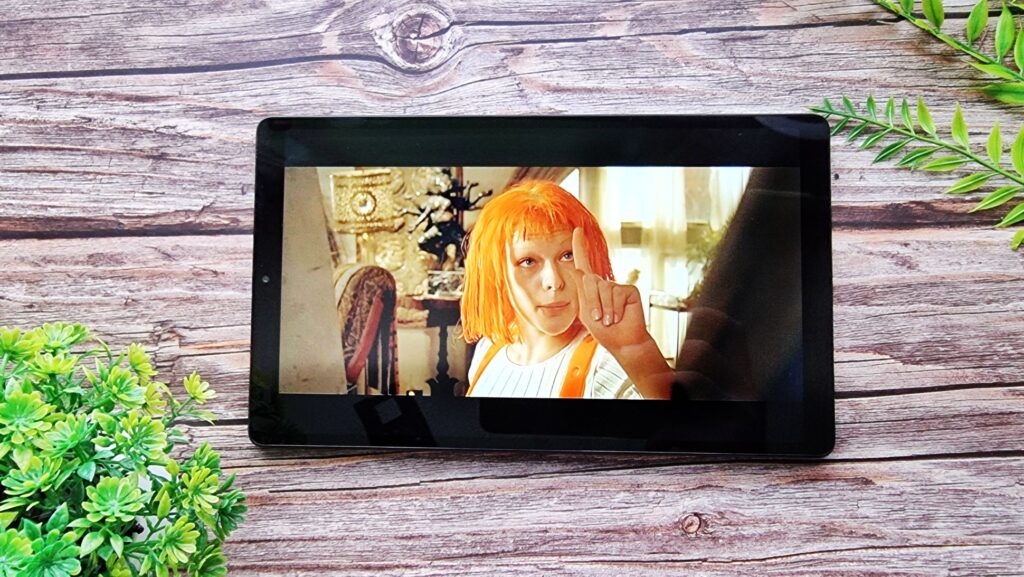 The provided display is sufficiently bright enough for indoor use though it’s a bit on the dim side when viewed outdoors even with maximum brightness.

Colour saturation and dynamic range aren’t considered the best on test but are serviceable to watch YouTube and the odd movie or two and clarity is sharp enough to page through websites and emails. On the bright side, pun aside, the tablet does have a good pair of stereo speakers flanking the display. The addition of a 3.5mm audio jack means that you’re also able to use a pair of wired headphones for private listening too in lieu of a pair of wireless earbuds.

One unintended bonus with the tablet is that its modest weight and dimensions means that it’s ideal for children as it’s light enough and large enough for them to use comfortably for classes though you’ll need to chunk out for a sufficiently sturdy case to protect it from inadvertent mishaps. 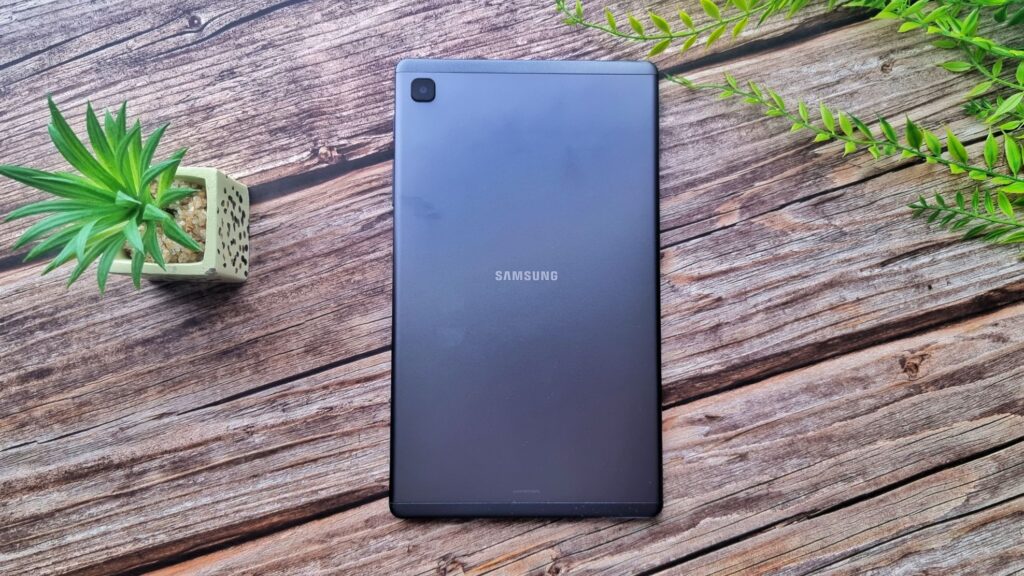 Fortunately, the provision of GMS means that it’s a fairly affordable way for students who need access to Google Classroom and other education related apps. The front-facing 2MP camera is dim and only best in daylight conditions while the rear camera is serviceable for social media use without many of the bells and whistles seen on smartphones of recent vintage.

In terms of synthetic benchmarks, the Galaxy Tab A7 Lite scored the following:

Unfortunately, it was not able to run the more demanding 3DMark WildLife benchmarks and the provided scores are modest at best. To be fair, the tablet is still able to handle most general tasks like emails, web browsing and the like albeit with some lag when switching between apps and load times.

In terms of battery life, the tablet has enough juice off its 5,100mAh battery to offer 10 hours and  25 minutes of juice which is enough for a fairly heavy day and a half of usage which is enough for even the longest class lecture. While the tablet does support 15W fast charging, the packaging only features a modest 8W charger which takes a good couple of hours plus to fully charge it to full.

Should you buy the Samsung Galaxy Tab A7 Lite?

The Samsung Galaxy Tab A7 Lite fulfills what it sets out to do as a budget tablet, offering a modicum of performance and utility in a one-handed form factor that gets the job done. When paired with a wireless keyboard and with its full Google Play access, the Galaxy Tab A7 Lite makes for a fantastic student tablet. 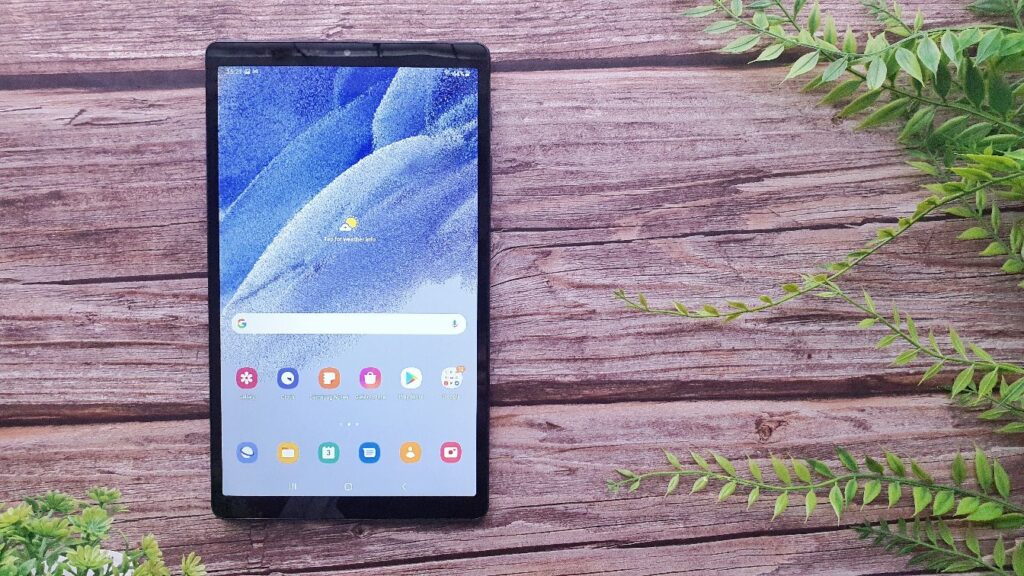 A reasonably priced tablet that is a competent performer for its price range with a large screen, decent stereo speakers and sufficient performance that gets the job done for casual use. When paired with a wireless keyboard and full Google Play access, the Galaxy Tab A7 Lite makes for a fantastic student tablet