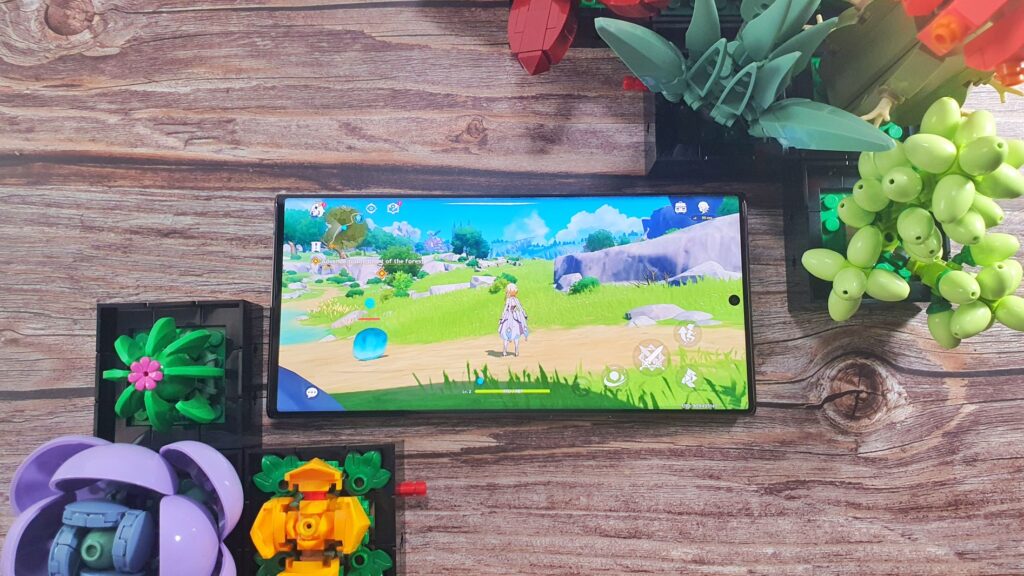 As a camera phone and a business productivity device, the Galaxy S22 Ultra is at the top of the totem pole but one question remains unanswered – how is the Samsung Galaxy S22 Ultra for gaming?

At present, the Samsung Galaxy S22 Ultra is currently one of the most powerful smartphones currently available in the market with one of the best smartphone camera setups that money can buy, terrifyingly powerful hardware under the hood and a slew of powerful features and perks unique to Samsung phones that the competition can’t match like their unique S Pen stylus and an industry-leading 4-year firmware update policy.

What’s good for the goose is good for the gander and seeing the sheer amount of powerful hardware shoehorned into its 8.9mm casing that make it a work and imaging powerhouse, it goes without saying that it has the chops to be a chart-topping phone for gaming. 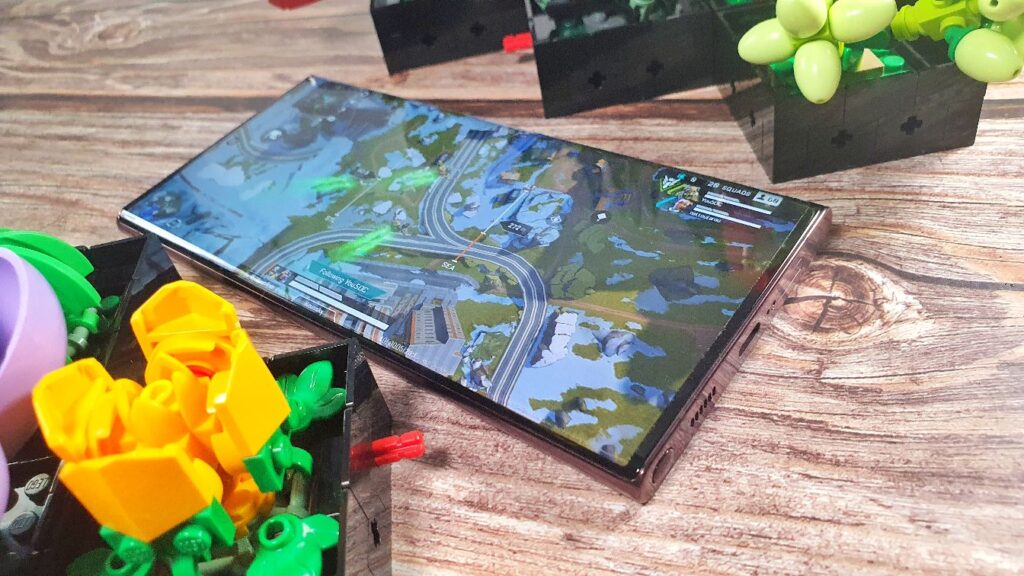 While specialised phones intended purely for gaming exist, the Samsung Galaxy S22 Ultra is the rare exception as it is an incredibly well rounded powerhouse of a phone without compromises. Not only does it have great cameras, a slew of features that makes it ideal for power users and business-oriented tasks, but it also has the capability and the hardware to tackle any game on the Google Play store both at present and likely for quite some time to come. Here’s just why the Samsung Galaxy S22 Ultra is fantastic for gaming!

One of the reasons why the Samsung Galaxy S22 Ultra is fantastic for gaming is the fact that it’s powered by the most powerful processor that you can currently cram into a smartphone – the Snapdragon 8 Gen 1 processor.

Built on a 4nm process, the beefy Snapdragon 8 Gen 1 octacore processor has a tri-cluster design with a primary Cortex-X2 3.0GHz prime core, a trio of Cortex-A710 2.5GHz performance cores and a quartet of high efficiency Cortex-A510 cores running at 1.8GHz for general tasks accompanied by an Adreno 730 GPU. On paper, the Snapdragon 8 Gen 1’s CPU is rated for 20% faster performance and 30% more efficient power usage than its predecessor the Snapdragon 888 processor. 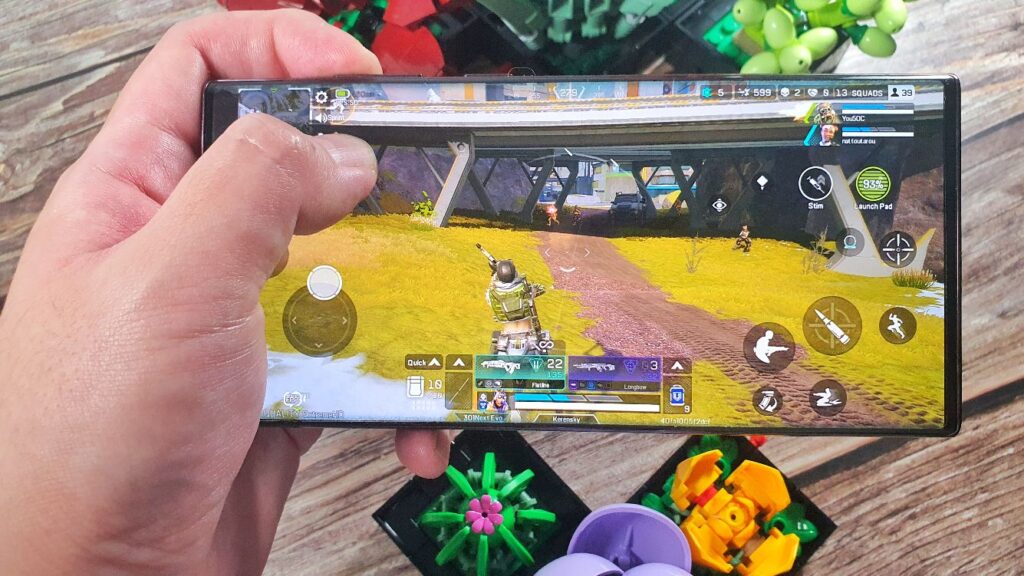 Paired with the powerful Snapdragon 8 Gen 1 processor is up to 12GB LPDDR5 RAM and up to 512GB UFS 3.1 storage which lets it tackle even the most demanding games in the Google Play Store including the mammoth Genshin Impact, Call of Duty Mobile and other popular games like League of Legends. On top of this already beefy setup, the phone also has the ability to allocate up to 8GB virtual RAM from the onboard storage to complement the existing RAM which makes switching between multiple games and apps a breeze.

One of the most important aspects that make or break a gaming smartphone is the size and quality of its display and on both counts, the Galaxy S22 Ultra trumps the competition. You get a massive 6.8-inch Dynamic AMOLED 2X display with a 120Hz dynamic refresh rate and a sharp 1440p (1,440 x 3,088 pixels) resolution.

That’s not all, as the Galaxy S22 Ultra’s display has a bright 1,750 nits peak brightness and also benefits from Samsung’s new Vision Booster tech that ensures excellent clarity even under direct sunlight which means you can still rack up kills even if you have to game in broad daylight. Better yet, Samsung’s mastery of AMOLED panel manufacturing and design means that the display is able to offer 100% mobile colour volume in the DCI-P3 colour range which means accurate colour reproduction as your eyes perceive it. 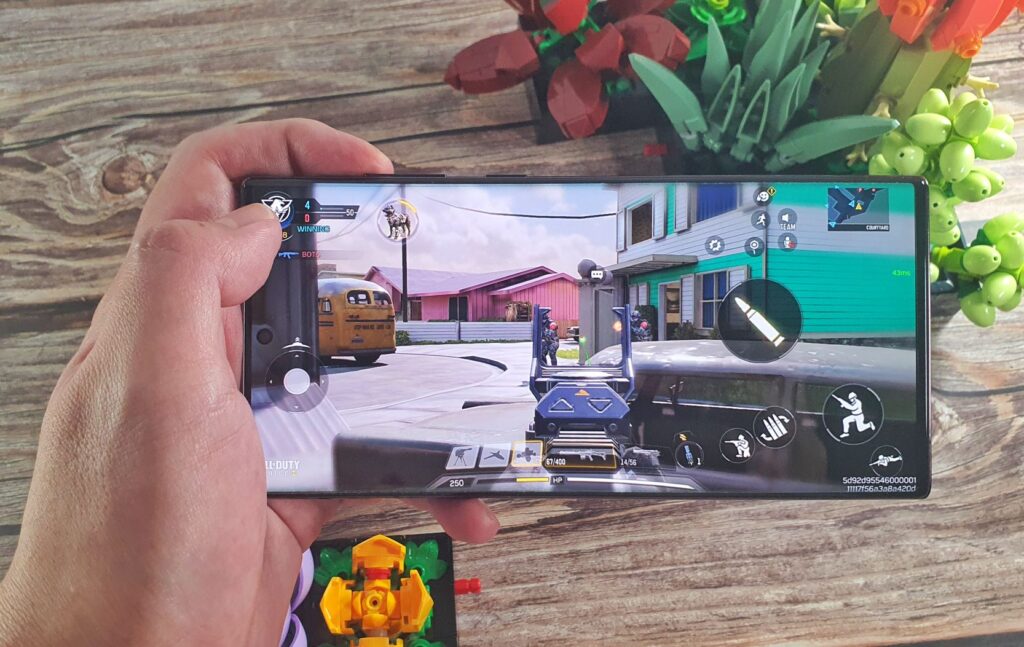 The massive, smooth and colour accurate screen of the Galaxy S22 Ultra means that you’re afforded additional situational awareness in games on account of the wider view that a smaller sized phone can’t match and the high refresh rate means that supported games will look slicker onscreen too. Plus, as a side bonus, the larger size of the screen means that FPS games like CODM and PUBG are easier to play as you can place the controls farther to the edges rather than cluttering up the central portion of the display.

Nothing is more irksome in smartphone gaming than when you’re running low on power especially when you’re in the zone and racking up an insane K/D ratio. Fortunately, the Samsung Galaxy S22 Ultra is ideal for gaming as it has a huge 5,000mAh battery that’s able to last through multiple back-to-back matches and still leave you enough to get through the day. If you’re not gaming, the large 5,000mAh battery is rated for up to 20 hours of video playback time or web browsing which is plenty by any measure.

Topping it up is a cinch as well as the Galaxy S22 Ultra supports 45W fast charging via a power delivery (PD) with programmable power supply (PPS) standard fast charger that can get you juiced up to 50% in less than 20 minutes though a compatible charger needs to be purchased separately.

Having a faster connection can make a decisive difference between being MVP to winning a consolation prize in a match and the Galaxy S22 Ultra has it where it counts with 5G connectivity with FDD and TDD Sub 6 support as well as swift WiFi 6E (802.11ax) that offers faster speeds and lower latencies for gaming.

There’s even a special Dolby Atmos for Gaming mode for even more realistic sound when you’re firing off rounds downrange or tromping through the wilds of Teyvat in Genshin Impact though this isn’t usually turned on by default. You’ll have to go into Settings>Sounds & Vibration>Sound Quality and Effects and then toggle the slider Dolby Atmos for Gaming.

If you need to game in private, you’re able to take advantage of a host of Samsung’s own wireless earbuds such as the new Galaxy Buds2 or Galaxy Buds Live with the latter available for free for a limited time when you buy the Galaxy S22 Ultra on their official online store.

Where to buy the Samsung Galaxy S22 Ultra in Malaysia 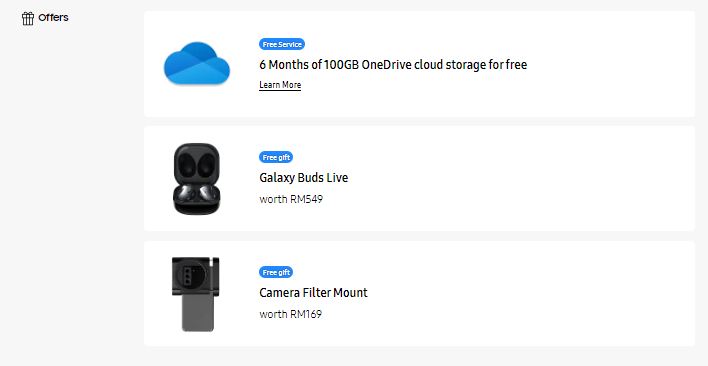 Prices for the Galaxy S22 Ultra start from RM5,099 as well as attractive 0% interest deals from as low as RM212.46 per month. For more details, drop by https://www.samsung.com/my/smartphones/galaxy-s22-ultra/buy/