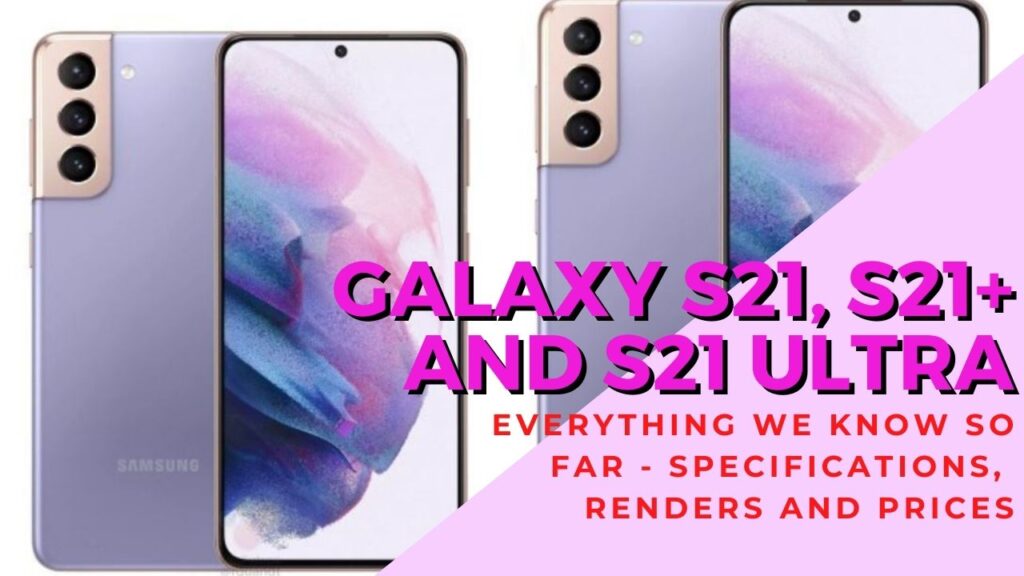 It’s barely a couple of weeks to the official debut of Samsung’s next generation flagship phones but leaks have dropped, revealing the specifications of all three of the Galaxy S21 series – the eponymous Galaxy S21, the Galaxy S21+ and the Galaxy S21 Ultra.

A report from www.winfuture.de has revealed the leaked details of the Galaxy S21 and S21+ on top of the titular flagship of the line, the Galaxy S21 Ultra. Here’s what we’ve gleaned so far in terms of specifications and other hardware as well as their design.

According to WinFuture, the Samsung Galaxy S21 sports a 6.2-inch Infinity-O Dynamic AMOLED 2X display with a center mounted selfie camera punch hole. What is considered particularly interesting here is that the Galaxy S21’s Dynamic AMOLED display will be flat and maxes out at Full HD+ resolution (2,400 x 1080 pixels) though it has a fast 120Hz refresh rate. It will also have HDR10+ support and 1,300 nits brightness. 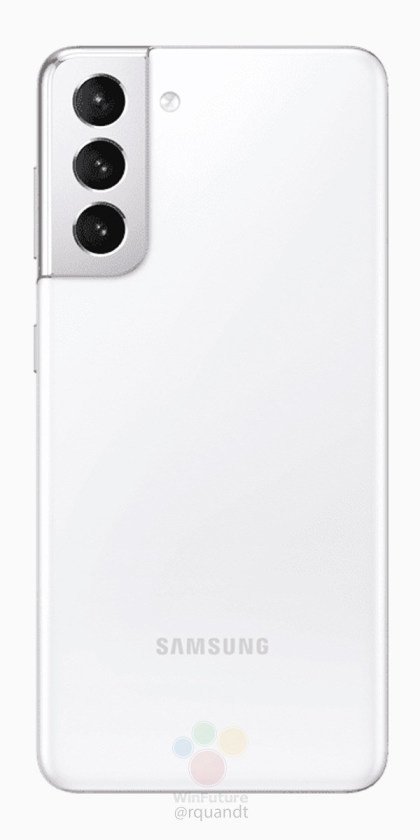 In keeping with its status as a premium flagship phone albeit the smallest one of the lot for this year. The Galaxy S21 will have as standard an IP68 rating for water and dust resistance and stereo speakers too. The casing is done up in your choice of grey, white, pink and purple with a stylish metallic cutout for the camera housing and will weigh 171g while being 7.9mm thin.

Under the hood, the Galaxy S21 will run Android 11 on the new Samsung One UI 3.1 firmware and features the new Exynos 2100 processor or the Snapdragon 888 processor with 5G support. 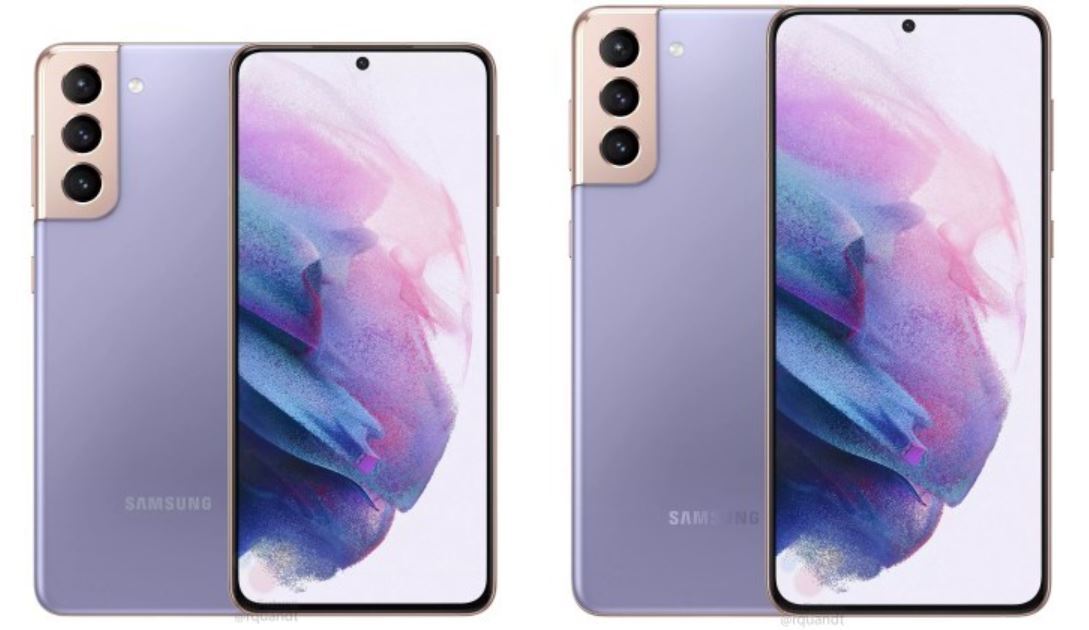 The Galaxy S21 and S21+ have similar specifications save for a difference in screen size and battery capacity. [Source WinFuture]

Following tradition, we will most likely be getting the Exynos 2100 processor for versions appearing in Malaysia. The phone will also feature 8GB RAM and either 128GB or 256GB of internal non-expandable storage. Yes, this means that the Galaxy S21 will in all likelihood follow the path Apple took and ditches a microSD card expansion slot entirely.

The rear will consist of a triple camera setup arrayed vertically in the metallic notch. You get a primary 12MP F/1.8 camera, a secondary 12MP with an ultra wide angle lens and a third 64MP telephoto camera with the whole affair offering 3x optical zoom. The front has a 10MP selfie camera. Keeping the whole affair powered is a 4,000mAh battery with wireless charging.

The Samsung Galaxy S21+, is an upgunned version of the Galaxy S21 with almost similar hardware specifications in terms of cameras, processors, storage and the like save for a larger battery and a larger display.

The casing for the S21+ is slightly heavier at 202g but is, oddly enough, slightly thinner at 7.8mm according to sources and will have the same IP68 water and dust resistance.

The display on the Galaxy S21+ is a 6.7-inch Infinity O Dynamic AMOLED 2X display with FHD+ resolution and a 120Hz refresh rate, 394 ppi and 1,300 nits brightness. The larger battery is rated for 4,800mAh with similar wireless and fast charging support as the Galaxy S21. 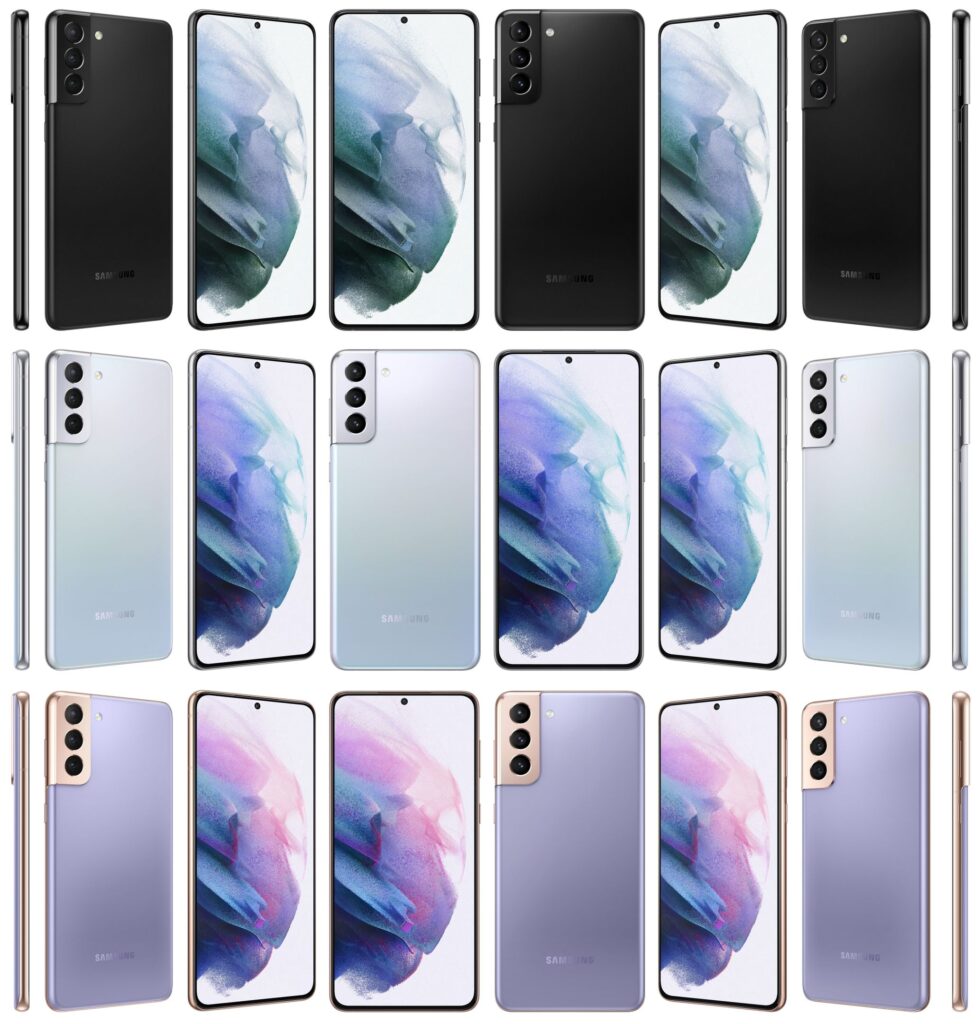 Intended as the most powerful example of their technological prowess for this year’s Galaxy S series crop, the Galaxy S21 Ultra is armed for bear with hardware that is a cut above its siblings in almost every way. 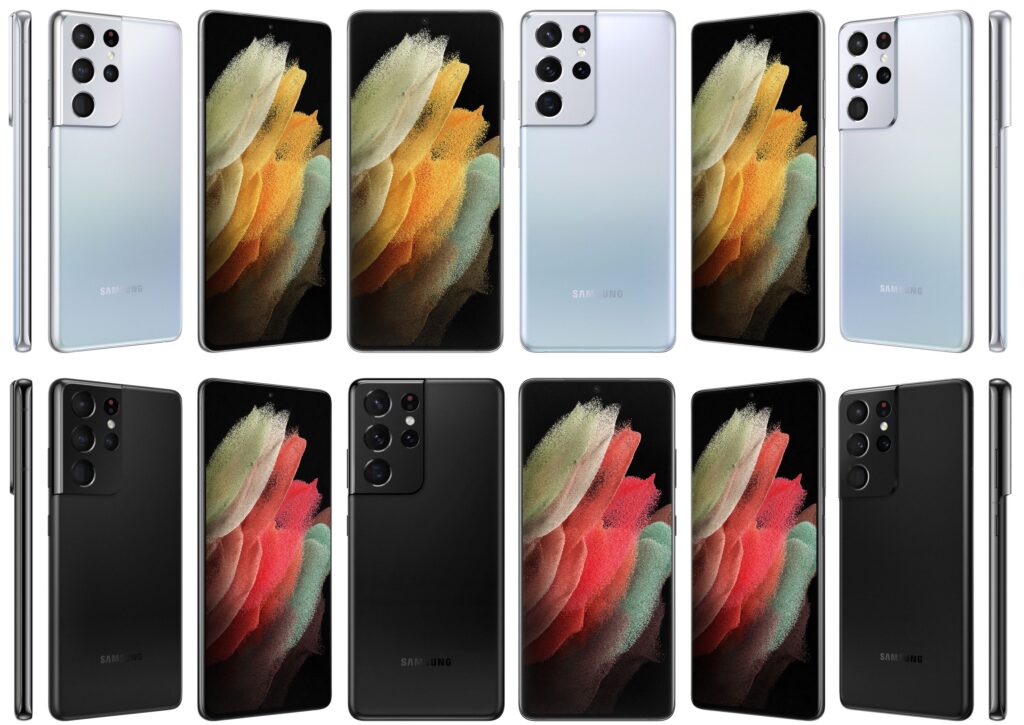 For starters, the Galaxy S21 Ultra will have a 6.8-inch Infinity O Dynamic AMOLED 2X display but will have a far higher WQHD+ (3,200 x 1,440 pixels) resolution over the Galaxy S21 and S21+ which max out at Full HD+ resolution while also offering a nippy 120Hz refresh rate. The screen is brighter too with a rated 1,600 nits brightness.

The Galaxy S21 Ultra will have either the Exynos 2100 or Snapdragon 888 depending on region. Bar a massive change in policy, the Galaxy S21 Ultra phones slated for deployment in Malaysia will have the Exynos 2100 processor. The rest of the hardware is also a step up with 12GB RAM and variants with 128GB, 256GB and 512GB of non-expandable storage. According to informed sources, there will not be a microSD card slot this time around.

This is the real camera parameter of Galaxy S21 Ultra, the only thing that is incorrect is that 5X is changed to 10X pic.twitter.com/IoaOB3eQdA

The rear quad camera will have a 12MP ultra wide angle camera, a 10MP camera with 3x telephoto lens along with another 10MP telephoto camera with 10x zoom and a large 108MP main camera. There will also be a laser autofocus module as well which will offer faster and more accurate autofocus based on a Tweet from @Ice Universe renowned leaker.

That’s not a typo and there are apparently two cameras with optical zoom lenses in the S21 Ultra but this is likely an expedient  solution by assigning each camera to tackle different zoom levels rather than chunking everything into a single, complicated and massive lens assembly. 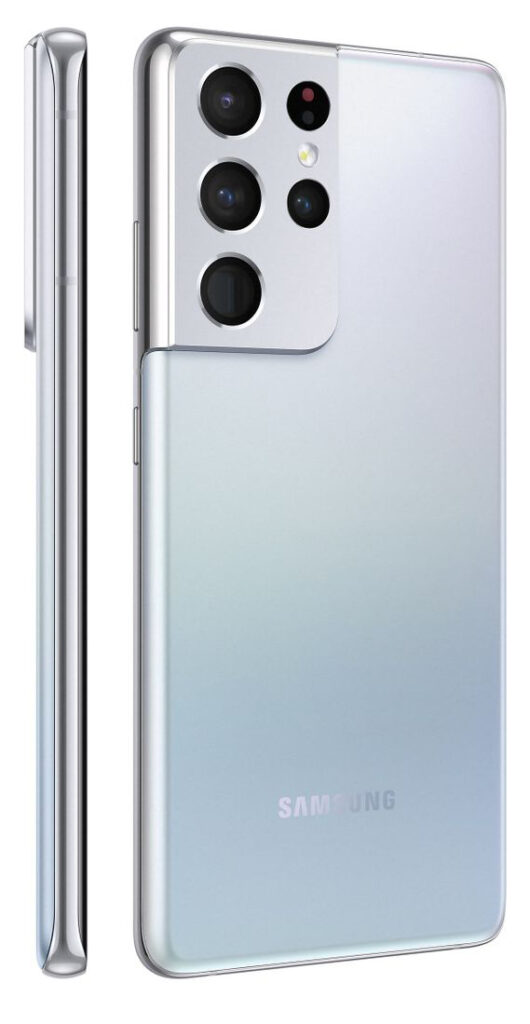 No details yet on how many Megapixels or what size the front selfie camera will be but based on leaked renders, it’ll be a single camera setup. Other details in the Galaxy S21 Ultra include a large 5,000mAh battery, stereo speakers, IP68 water and dust resistance and wireless charging. 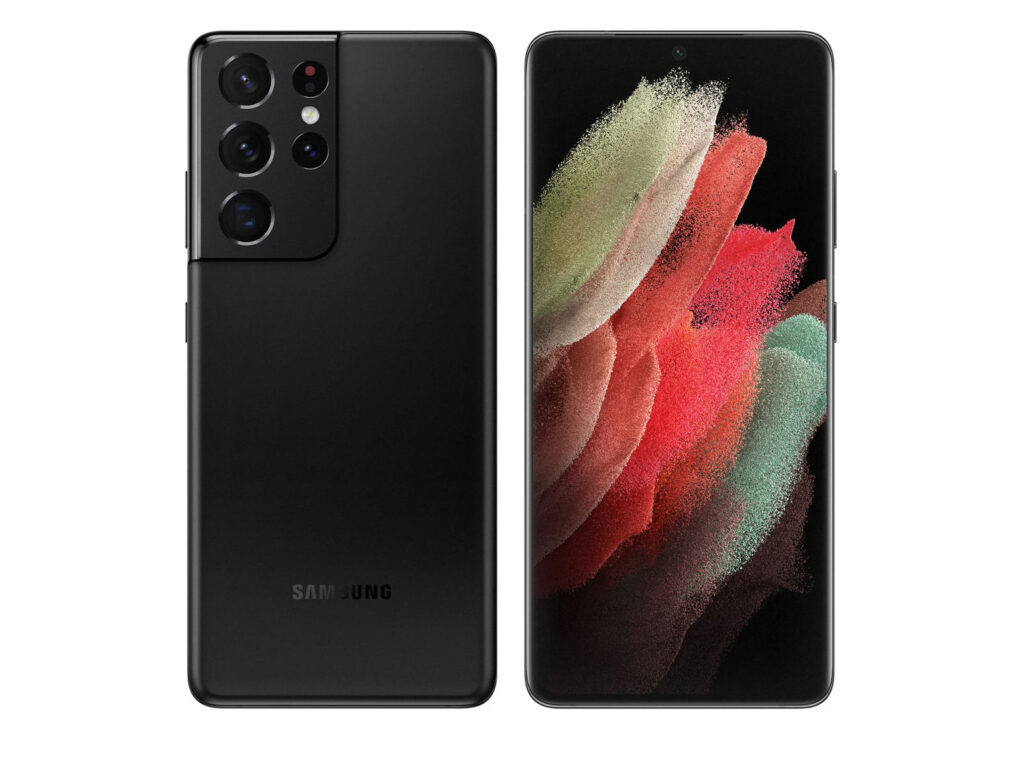 The biggest addition to the Galaxy S21 Ultra is something that was previously the exclusive province of the Note series – an S Pen stylus though whether this is a separate accessory or whether the phone will add a stylus well to it remains to be seen for now. Colour choices for the Galaxy S21 Ultra are currently in more conservative colours – black and silver.

There’s no word on price yet but if past history is any indication, it will be priced equal to or higher than its predecessors. The Galaxy S20 Ultra 5G when it debuted in Malaysia retailed for RM4,999 at launch while the Galaxy Note20 Ultra 5G kicked off at RM5,199. This is not going into the possibility that it may have different storage sizes which may muddy the waters even more on pricing.

There’s no official word as yet on local launch dates and prices for Malaysia but we’ll keep you posted. Samsung Malaysia did post an interesting teaser on their official website with an enigmatic ‘First Look’ and a 7th January 12.00AM (midnight) date.

You can check out Samsung’s official page to see the looping teaser at www.samsung.com/my