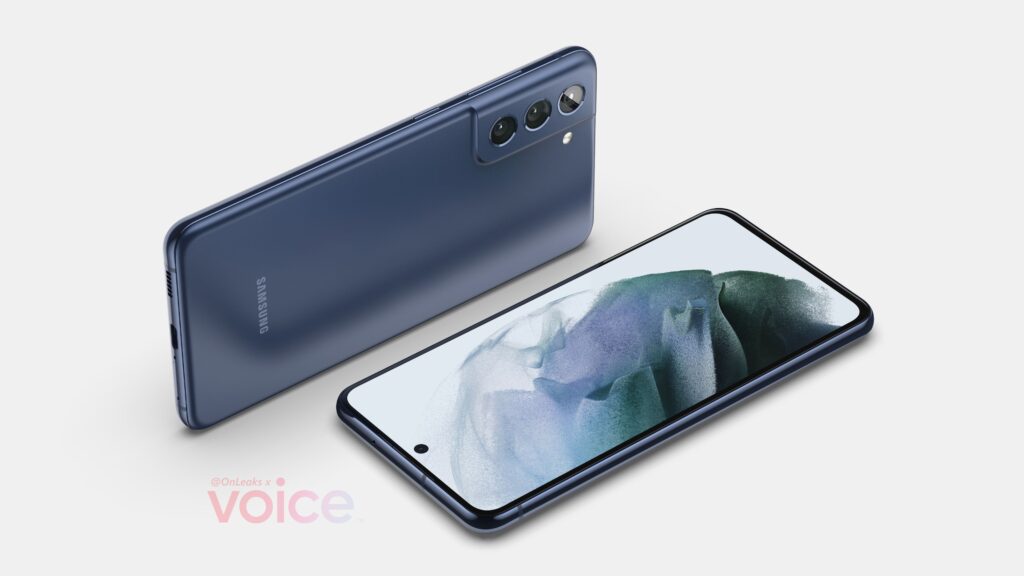 As far as accuracy goes, @OnLeaks has been pretty much on par with what he reveals and what appears officially at Samsung’s bevy of official launches in the last few years so the leaked renders here will most likely be spot on. 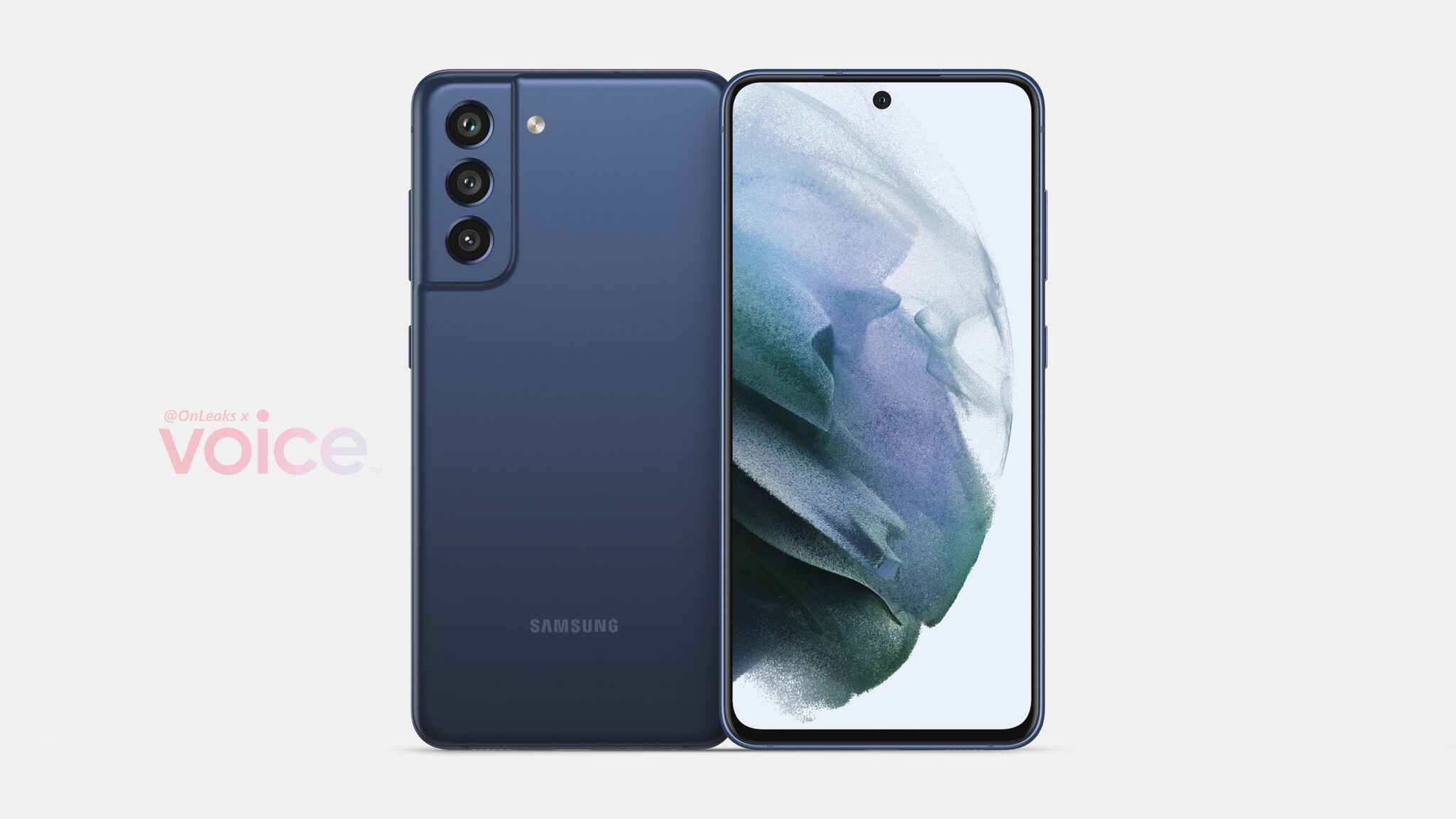 The official renders do look quite similar to Samsung’s official style of rendering their phones in their marketing literature.

The Galaxy S21 FE bears a raised camera housing in the upper left corner of its backplate much like the higher end Galaxy S21 series but differs in that it’s the same colour as its chassis, which in this case seems to be a shade of matte blue.

It will most likely be made of polycarbonate like the Galaxy S21, which will make it more durable should it encounter terminal deceleration trauma (ie. getting dropped). 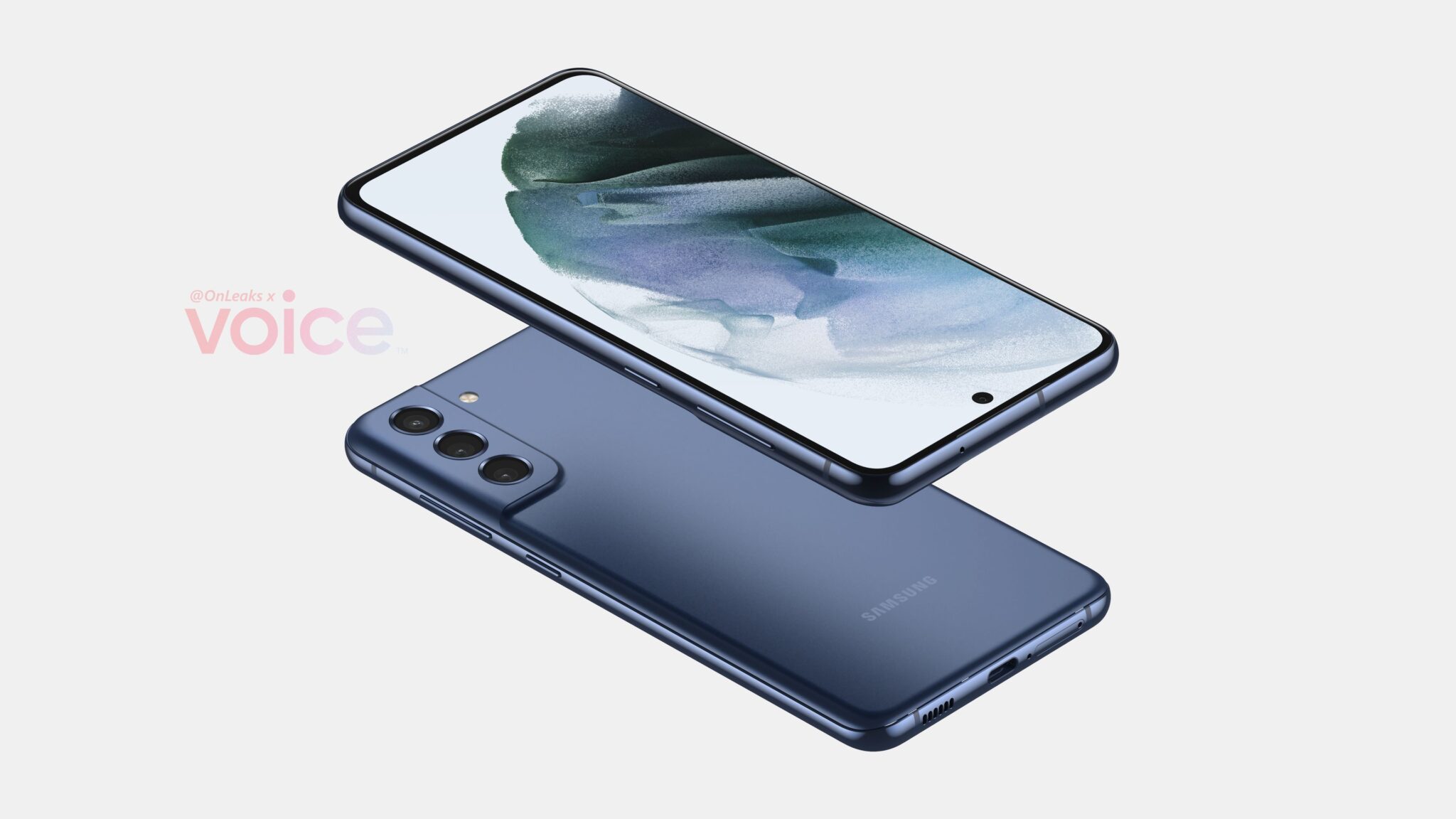 Other things we can infer from the renders is that there is a volume rocker and power button on the right side of the phone with a centre mounted selfie camera up top over a 6.4-inch flat display.

The base of the phone has the customary USB-C port for charging and docking duties, a speaker grille and a SIM card tray.

One feature that does not seem to appear in the Galaxy S21 FE is a 3.5mm audio jack but even the older Galaxy S20 FE didn’t have that either.

According to the leaks, the Galaxy S21 FE is 155.7mm long, 74.5mm wide and 7.9mm thick sans the camera bump which makes it slightly taller and wider than the Galaxy S21.

What is interesting here is that the Galaxy S21FE has a larger display than the Galaxy S21 which has a 6.2-inch display, making it correspondingly larger by 0.2-inches while also remaining flat. If it has the same 120Hz dynamic refresh rate, this extra bit of screen real estate will make it highly desirable indeed.

Beyond what the renders look like, it’s purely speculation what hardware the Galaxy S21 FE will pack in terms of processor, storage and RAM for now.

The cameras will likely be close to what the Galaxy S21 series has and if you’re extrapolating from last year’s fantastic Galaxy S20 FE, it may likely come in Exynos 2100 and Snapdragon 888 variants if it ever comes to Malaysia. 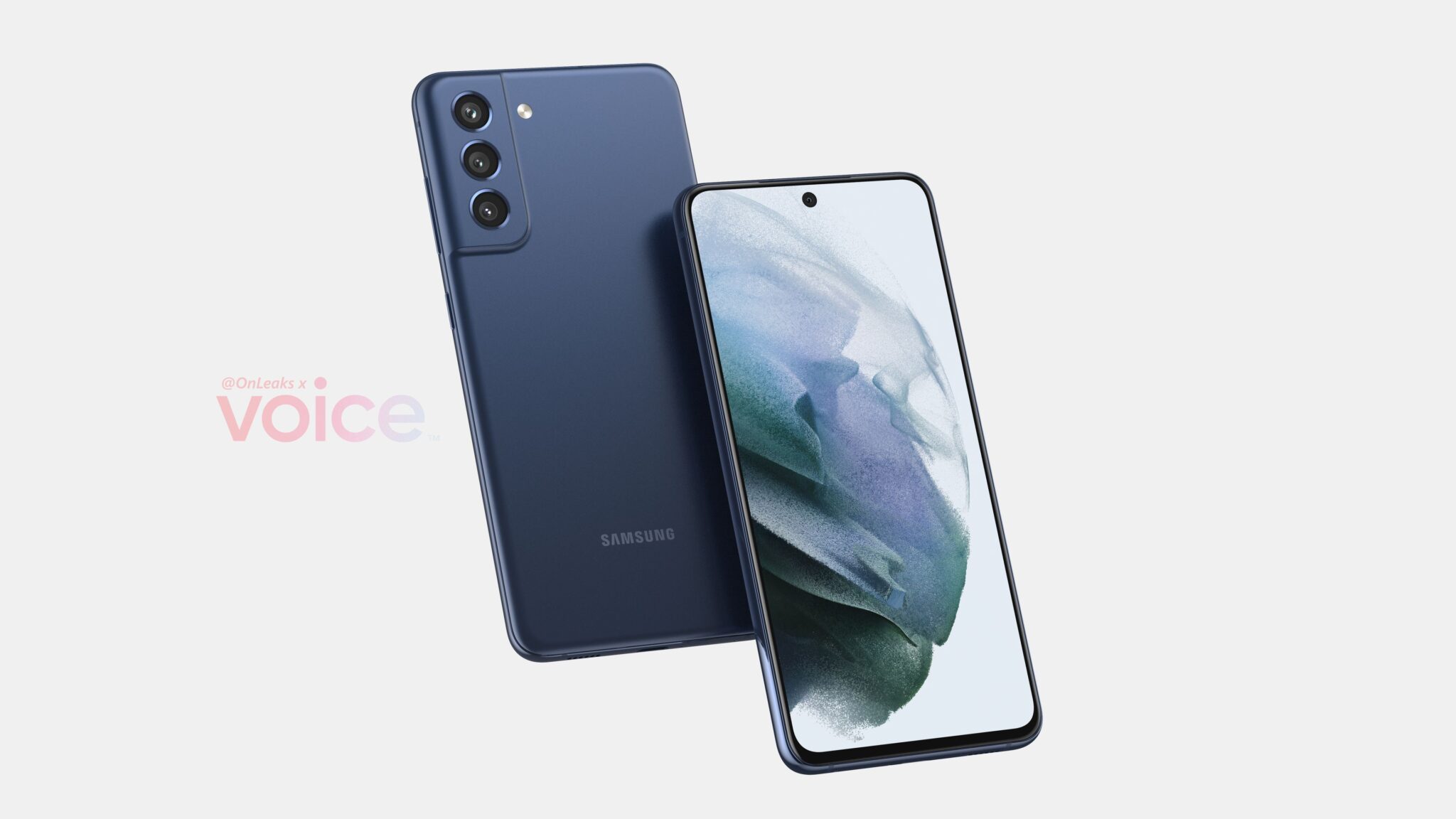 But again, it’s all open to speculation pending an official announcement but we’ll keep you lot posted the moment we get more details.