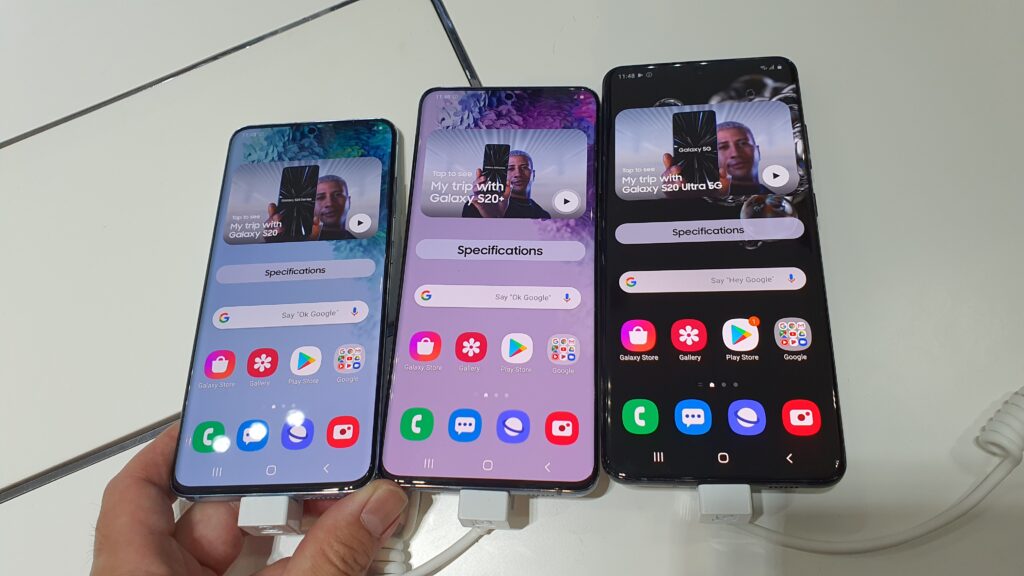 The last few days have been a whirl of activity for Samsung with the launch of their vaunted Galaxy S20 Galaxy S20+ and Galaxy S20 Ultra smartphones along with the surprise addition of the Galaxy Z Flip and the obligatory successor to last year’s wireless earbuds in the form of their Galaxy Buds+ at Unpacked 2020 in San Francisco. 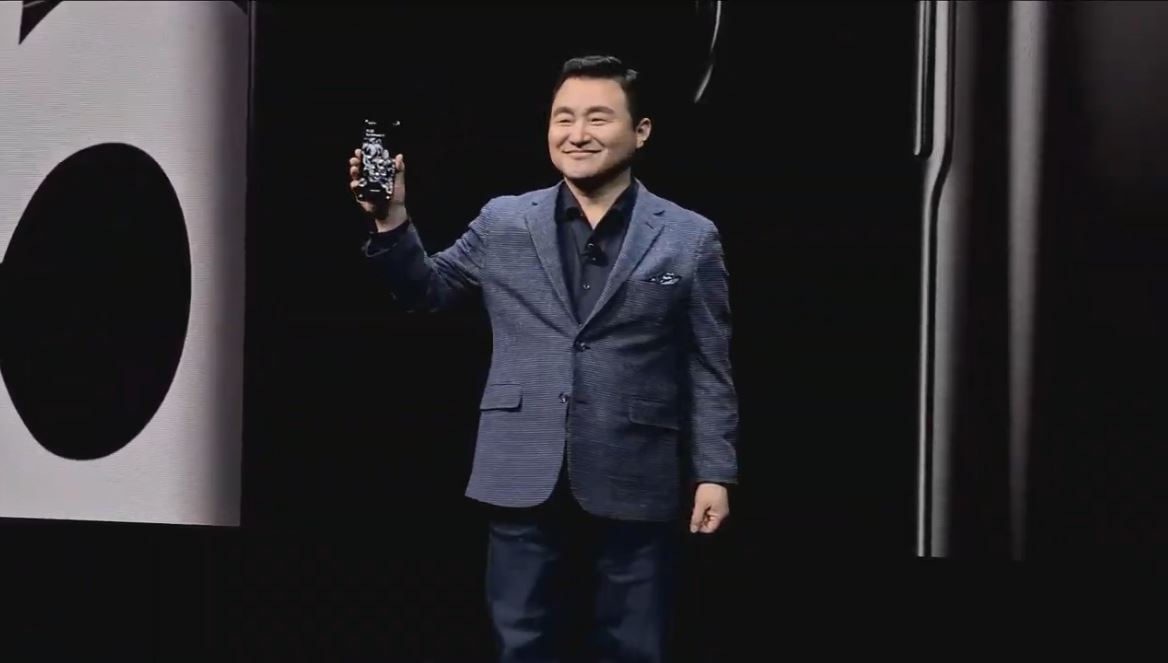 This time around, Samsung has listened to their most important people – their customers – and have crafted the Galaxy S20 series from a customer centric perspective rather than simply churning out an iterative update.

If you stayed up at 3.00AM local Malaysia time to watch the Samsung Unpacked live stream, you’ll notice that much of the presentation focused on the features that customers wanted and needed in their phones and Samsung delivered with the new S20 series offered bigger, crisper displays with 120Hz refresh rates as standard, vastly improved cameras, larger batteries and, as expected improved performance all around.

To be sure, a phone is more than the sum of its parts and specifications; it’s the overall experience from software to hardware that makes a phone a winner or a turkey and there’s only one way to find out: actually using them. I took the opportunity to give each of Samsung’s three flagship phones a quick whirl at a special media preview in Malaysia

Prices start from RM3,599 in Malaysia for the Galaxy S20 with 8GB RAM/128GB storage with the Galaxy S20+ that has 8GB RAM/128GB retailing at RM3,999 while the top of the line Galaxy S20 Ultra retails at RM4,999. They’re all powerful phones in their own right but differ slightly in terms of what cameras they use, their screen sizes, their battery life and whether they support 5G. 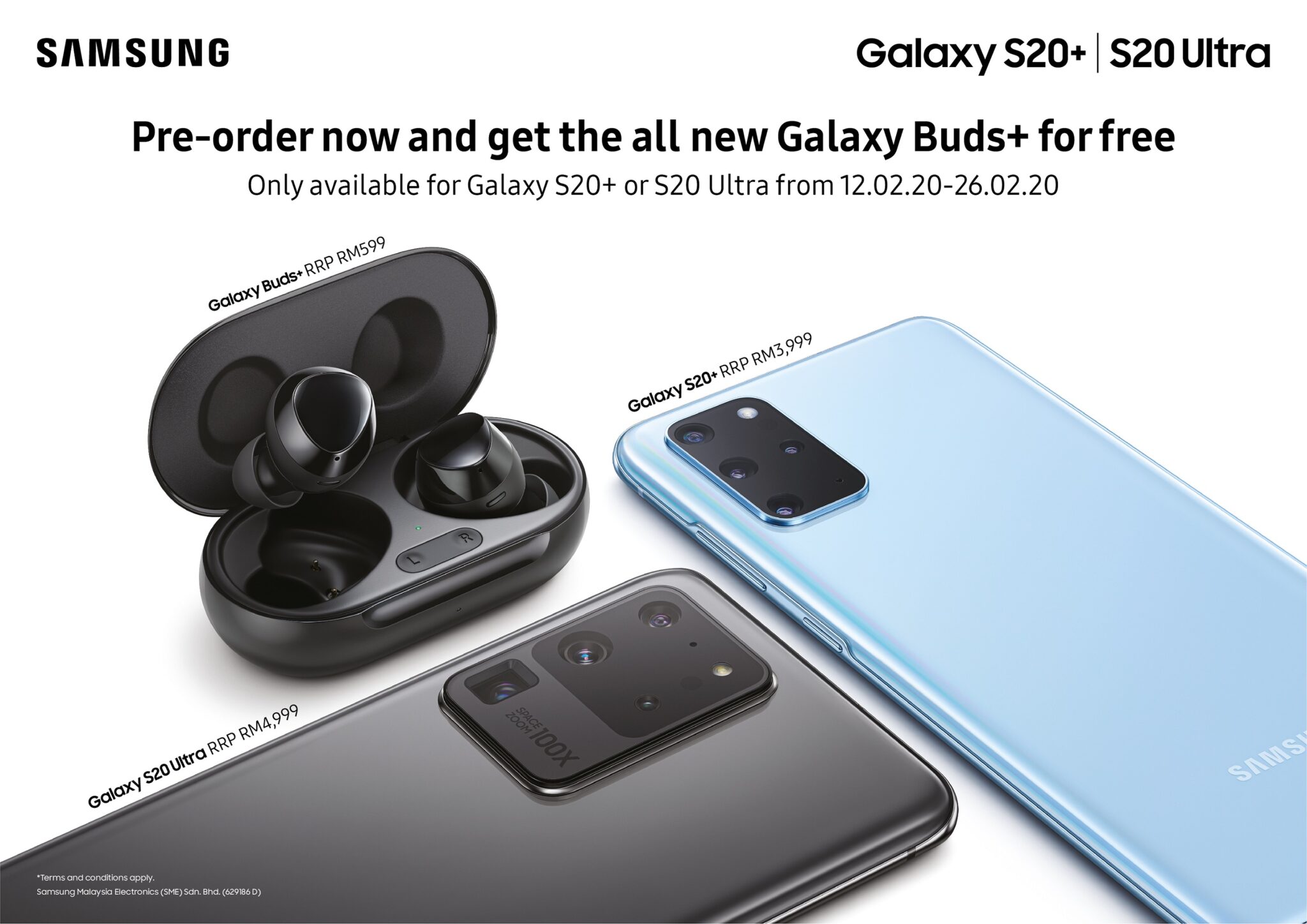 Here’s a firsthand look at what makes all three of Samsung’s new Galaxy S20 series phones – the titular Galaxy S20, the Galaxy S20+ and the appropriately named Galaxy S20 Ultra have to offer, what struck our eye, makes them unique and what makes them well worth swiping your plastic for in the preorder programme that they have that’s ongoing till 26 February 2020.

The biggest difference between all three phones is naturally their screen sizes. The smallest of the lot is the Galaxy S20 which starts out at 6.2-inches with the Galaxy S20+ at 6.9-inches and the GalGaxy S20 Ultra at a massive 6.9-inches. The fact that their bezels are nigh on non-existent means that they’re able to cram in a lot more screen real estate into a much smaller form factor while ensuring they remain very wieldable one-handed. Even the largest phone, the Galaxy S20 Ultra is comfortable to use despite having a screen size that would approach an old circa-2010 tablet. 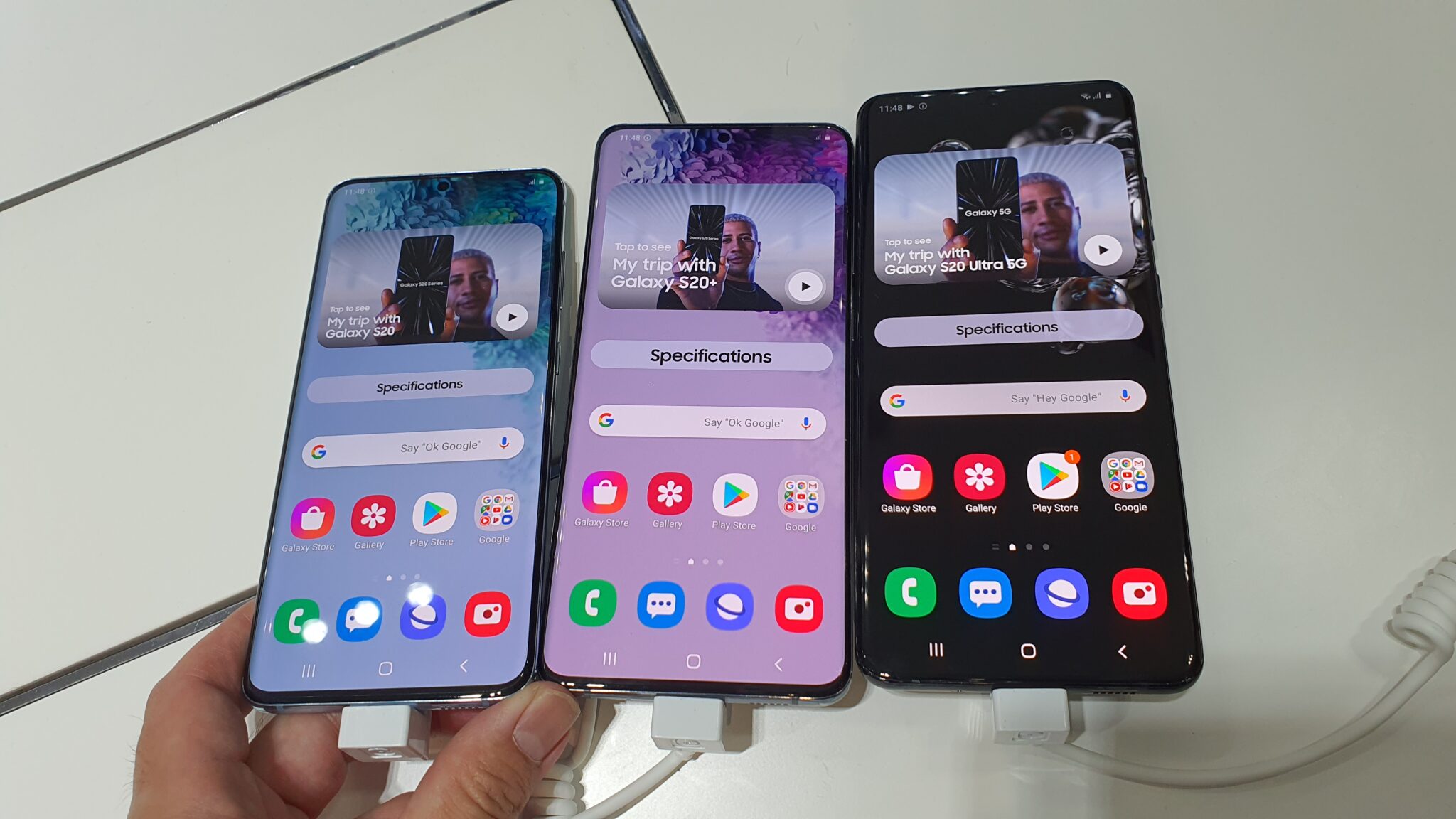 All three phones use Dynamic AMOLED touchscreens with a tiny punchhole up top for the selfie camera, have a razor sharp 3,200 x 1,440 pixel resolution and are otherwise HDR10+ ready.

All are capable of ramping up to a 120Hz refresh rate though they usually run at 60Hz. One caveat to note here is that the 120Hz refresh rate is not dynamic – you have to manually switch it yourself – and it’s only possible if you select a lower 1080P resolution while it runs at 60Hz qt QHD+ by default. That aside, all three displays are impressive looking affairs and are perhaps the first mass production mainline phones to implement 120Hz refresh rates as standard rather than relegating it to being a specialist option for niche gaming phones. 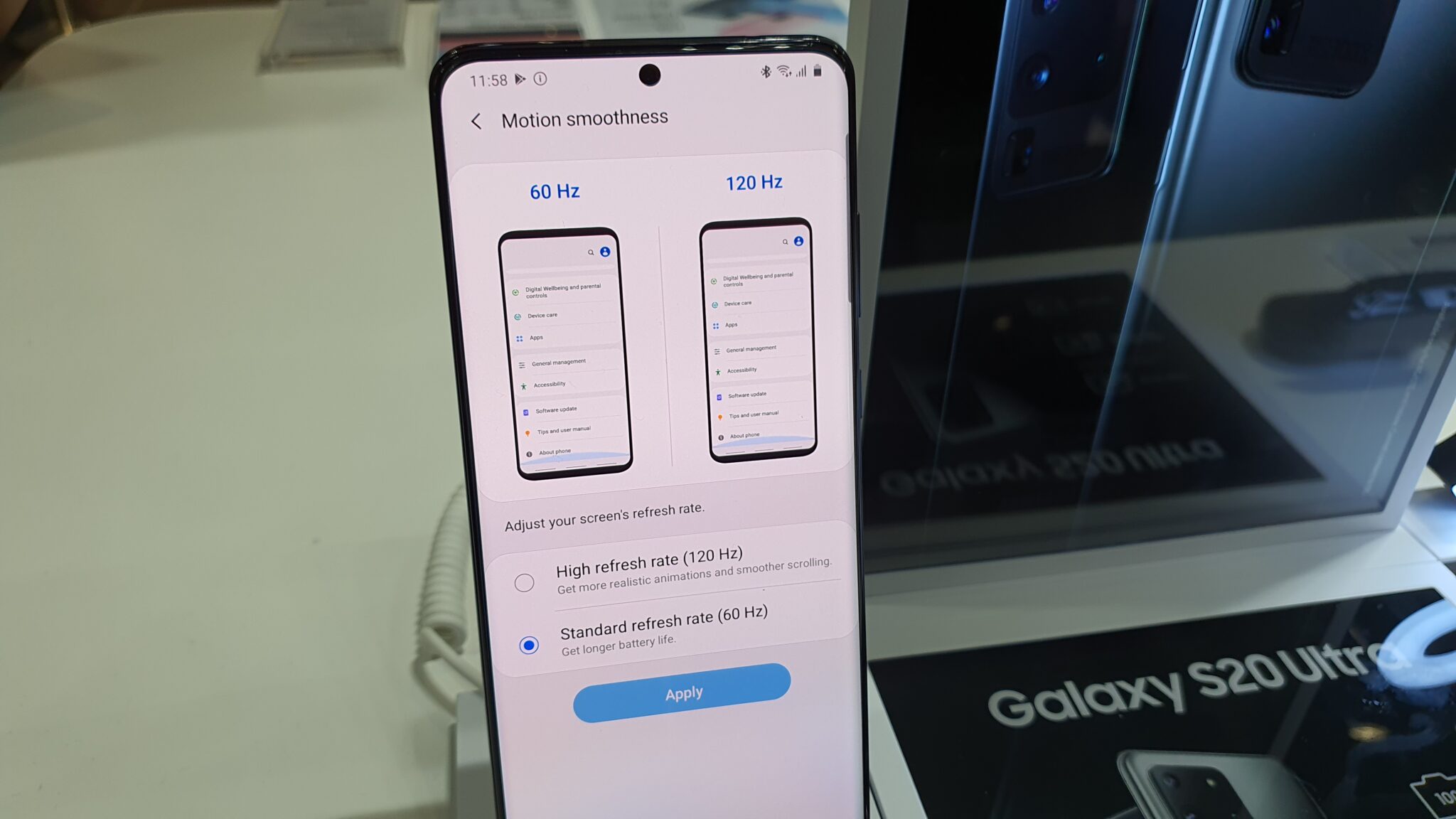 For Malaysia, the Galaxy S20, Galaxy S20+ and Galaxy S20 Ultra phones have the latest generation of Exynos 990 processors powering the whole affair. While Snapdragon 865 variants do exist as a matter of course, these variants will not appear in this region and are primarily for the US and China market.

The Exynos 990 SoC is a step above its predecessors powering the Galaxy S10 series and are built on a 7nm + EUV process, which offers better power efficiency, beefier AI processing capabilities thanks to a dual-core NPU, better image signal processing (ISP) for the built-in cameras and 8K@30fps video recording support.

The Exynos 990 processor is paired with the Arm Mali-G77 MP11 GPU that has about 20% better performance than its predecessor in terms of graphic performance which ensures a better overall gaming experience.

On top of an identical processor on all three S20 series phones, Samsung has also implemented nippy LPDDR5 RAM into all phones as well as UFS 3.0 storage for faster read/write speeds. The Galaxy S20 and S20+ both have a similar 8GB RAM / 128GB configuration but the pricier Galaxy S20 Ultra has 12GB RAM and 128GB of storage.

All three phones fortunately have a hybrid SIM card so you can still augment the onboard memory via a microSD card. Regardless of which phone you pick, all three are immensely powerful and a step above the S10 series in performance. 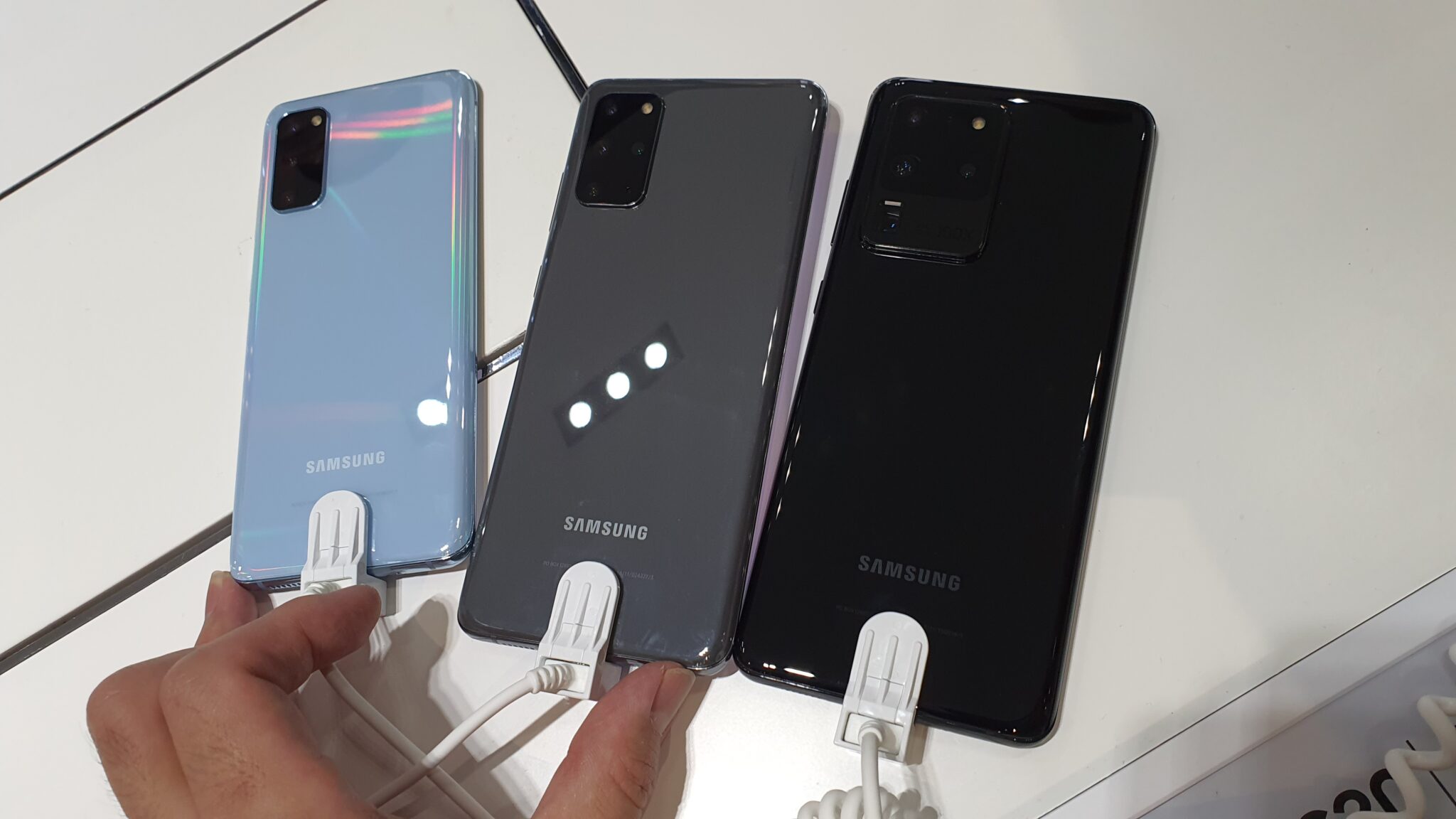 All three phones also have slightly different battery sizes. The Galaxy S20 has a 4,000mAh battery, the Galaxy S20+ has a 4,500mAh battery, both of which have 25W fast charging while the largest one, the S20 Ultra has a 5,000mAh battery with 45W fast charging. All three phones offer 15W reverse wireless charging as well for other devices like their Galaxy Buds+ wireless earbuds. These are bold increases in battery size and combined with the more efficient Exynos 990 processor, all of them ought to offer more than a day’s worth of endurance in the field.

Only the Galaxy S20 Ultra has 5G for Malaysia 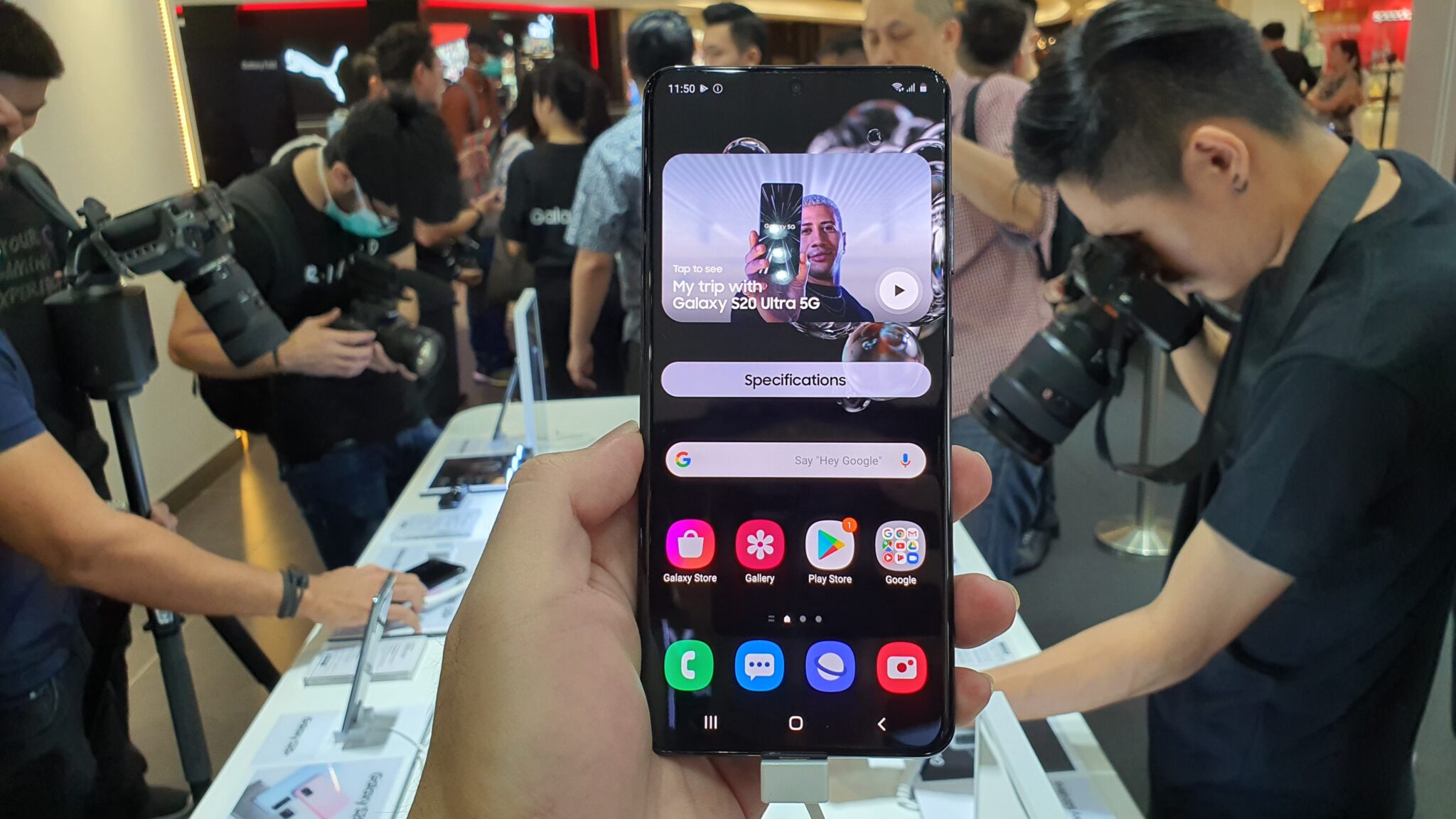 If you’re looking to futureproof your investment in devices for when 5G rolls around in Malaysia, then the Galaxy S20 Ultra is the way to go. For more pragmatic users who want to follow the middle of the bell curve, the mainline Galaxy S20 and S20+ are the more pragmatic choices to go for.

Regardless of how you slice it, cameras are the linchpin on whether a smartphone sells or not and in that regard, Samsung has kitted out the S20 series with their best kit to date with all three phones capable of taking crisp 12-MP shots and capturing up to 8K@30fps video which is pretty much a first in a mass production consumer phone to date outside of specialist niche devices. 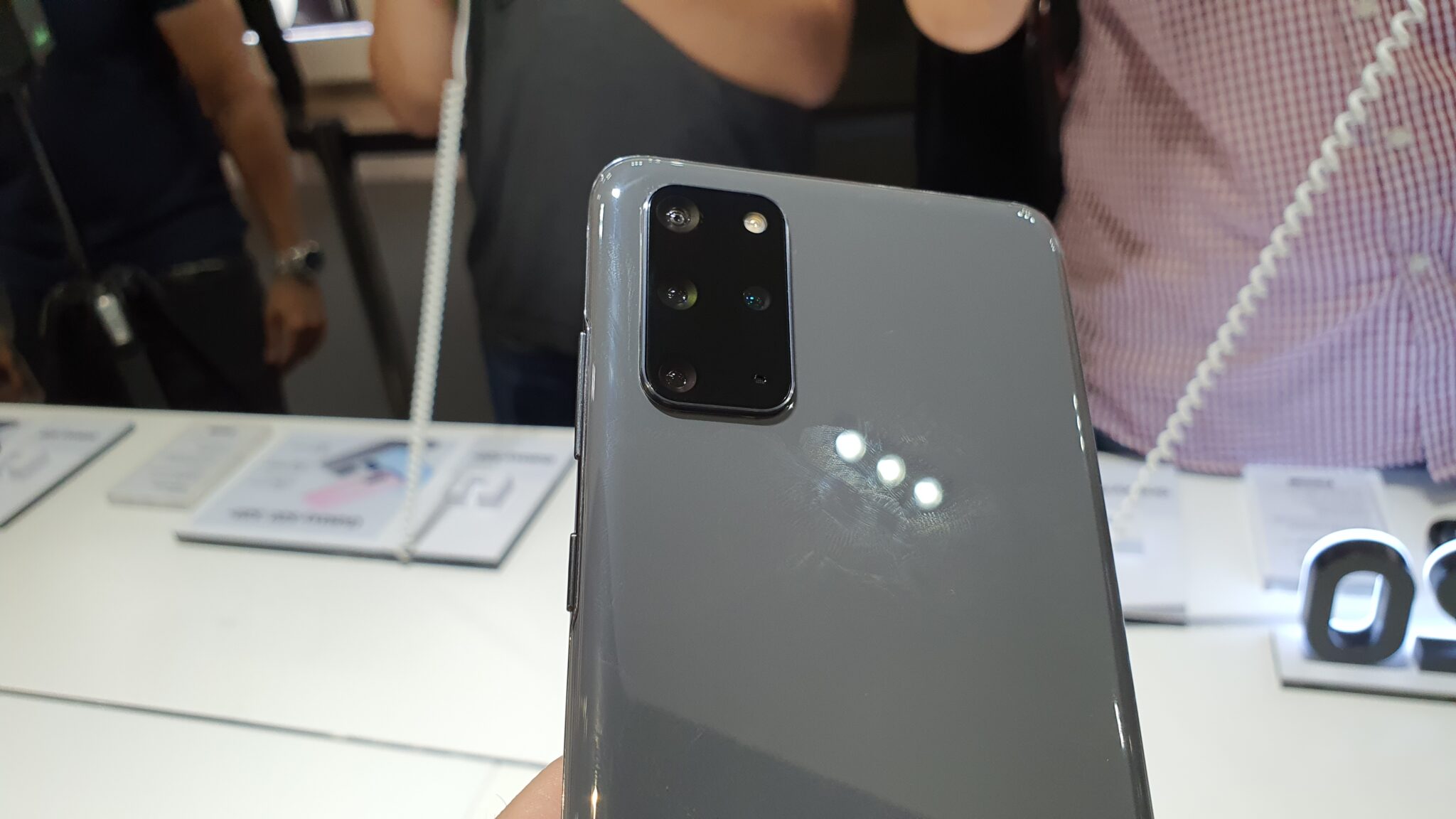 The Galaxy S20 and Galaxy S20+ both have a similar front and rear camera array with a triple rear camera setup that consists of a 12-MP F/1.8 camera with Dual Pixel autofocus and OIS, a secondary 64-MP telephoto camera that uses pixel-binning, 4X optical zoom and OIS as well as a third 12-MP camera with an ultra wide angle lens for scenery and group photo shots though the S20+ adds one additional DepthVision camera for Live Focus and bokeh shots.

Both phones have a front-facing single lens 10-MP selfie camera with Dual Pixel tech and autofocus. In the case of the Galaxy S20 and Galaxy S20+, both phones are capable of a maximum of 3X optical zoom and a maximum of 30x hybrid zoom.

The Galaxy S20 Ultra on the other hand comes with everything but the kitchen sink. The front-facing selfie camera is a huge 40-MP model with Dual Pixel tech and autofocus, dwarfing even selfie centric phones from some competitors in megapixel count. The rear camera array the most impressive attempt at optics and cameras we’ve ever seen.

In the Galaxy S20 Ultra, Samsung has crammed in 48-MP camera with a ‘folded’ zoom lens that has 4x optical zoom though the combination of the large sensor and pixel binning means it can achieve 10x lossless hybrid zoom.

If you particularly need to see something from a good distance away, the phone is capable of a whopping 100x digital zoom beyond that. That’s not the half of it though as it integrates a massive 108-MP sensor for the primary wide-angle camera that also has OIS for judder free shots. The addition of a 12-MP ultra-wide angle camera and a DepthVision camera are simply icing on the cake.

It’s not all just pure hardware though, Samsung has also added a very useful One Take feature that captures a shot using every conceivable mode and filter on the phone with just one press of a button so that you needn’t have to get your subject to continue reposing all the time. This feature is amazing, more so when pressed for time and you need to capture a lot of different footage styles.

As it’s all an initial first-look, the jury is still out on Samsung’s trio of smartphones but we’ll give them a full once-over when we get our review samples in the coming weeks. Stay tuned! 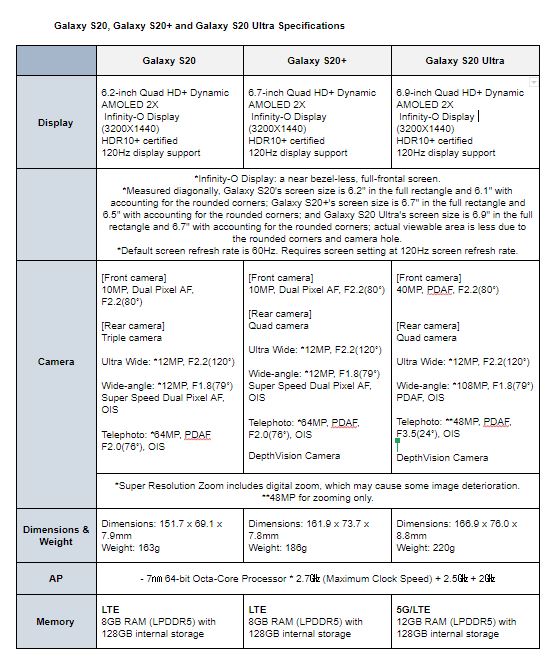 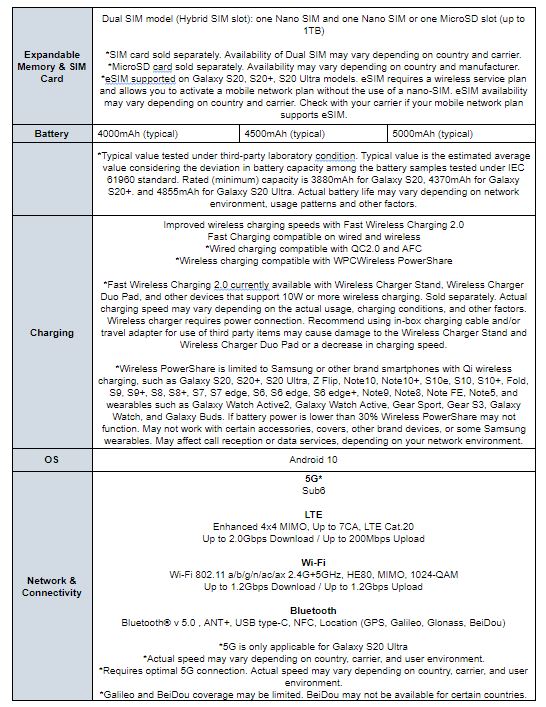