The Samsung Galaxy S20 FE 5G was launched a few weeks ago in Malaysia with a veritable wishlist of features that Samsung fans have been clamouring for at an affordable price point but for those seeking even more value, they’ve announced that the Galaxy S20 FE 4G variant will be coming to Malaysia soon priced at RM2,699. 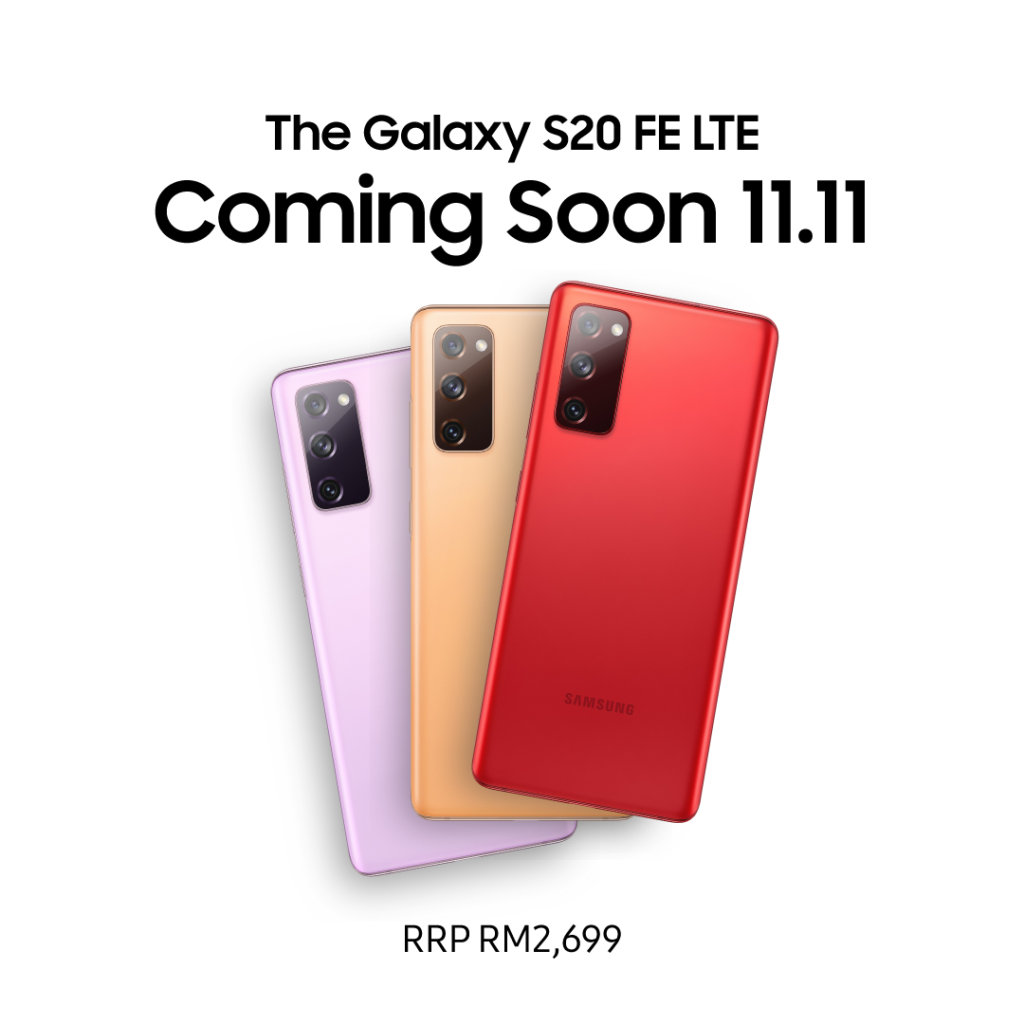 The Galaxy S20 FE 4G is mostly identical in terms of the display, processor and camera setup to the Galaxy S20 FE 5G that was launched a short while back with a price tag that’s cheaper by RM700.

You’re getting some of the best hardware that Samsung has to offer that include a 6.5-inch FHD+ Super AMOLED display with a flagship-grade 120Hz refresh rate along with a potent OIS-stabilised triple rear camera array along with a 4,500mAh battery with fast charging support, all shoehorned into a vibrant polycarbonate chassis that’s also IP68 rated for water and dust resistance.

The main difference here though is that rather than the Snapdragon 865, the Galaxy S20 FE 4G version is using the Exynos 990 octacore processor which is also seen in their other Galaxy S20 series phones along with connectivity capped at 4G LTE.

What isn’t clear though is how much RAM and storage that the Galaxy S20 FE 4G version will be getting as variants in other regions have been seen with 6GB RAM and 128GB of storage which make it a bit more modest than its 5G cousin but still a credible heavy hitter of a phone.

Of course, if we’re lucky, that RM2,699 will get us the maximum theoretical specifications akin to the S20 FE 5G with 8GB RAM and 256GB of storage so keep your fingers crossed.

When is the Galaxy S20 FE 4G coming to Malaysia?

According to Samsung Malaysia’s teaser image, the phone will be arriving this coming 11.11, likely in time for the anticipated deluge of themed sales from Shopee and Lazada in three snazzy colours – Cloud Lavender, Cloud Orange and Cloud Red.

We’ll keep you posted on any updates but in the meantime keep an eye on us at Hitech Century and Samsung’s home page for the Galaxy S20 FE 4G at https://www.samsung.com/my/smartphones/galaxy-s20/galaxy-s20-fe/.

[Update] The Galaxy S20 FE 4G for Malaysia is confirmed to come with an Exynos 990 processor, 8GB RAM and 128GB of storage which is still darned good bang for the buck