The Samsung Galaxy series of phones which consist of the compact Galaxy S10e, the mainline Galaxy S10 and the high-powered Galaxy S10+ have just only been unveiled to the world in the last two days at the Unpacked event in San Francisco and just a few hours ago in Malaysia in a special briefing but the phone has made waves on camera testing site DxOMark where the Galaxy S10+ scored first place on their DxOMark Mobile scale.

For the uninitiated, DxOMark is the trusted industry standard for grading cameras, lenses and smartphone camera quality and they operate using their own rigorous industry-grade protocols and testing hardware to derive a quantitative score of the quality of a given camera be it in a phone or as the usual handheld. The DxOMark tests assign scores for Photo and Video quality and then integrates them into an overall final score which shows the final quality of a given imaging device. 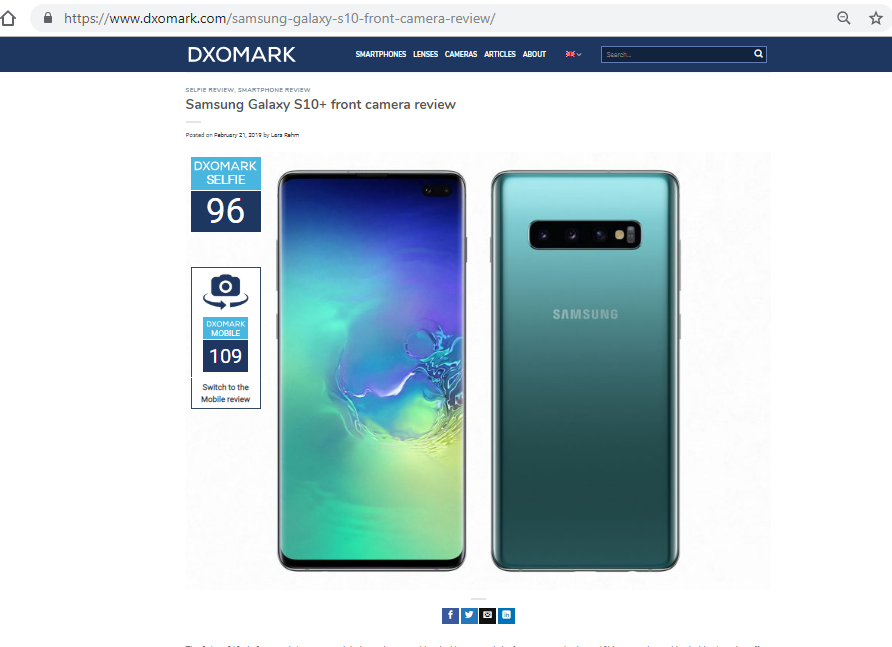 Fortunately, the Samsung Galaxy S10+ met the test with flying colours and won a standalone first place position with an impressive score of 96 points for the DxOMark Selfie test. This certifies that the Galaxy S10+ is currently the best selfie camera in the market with its dual front camera array integrates Dual Pixel selfie tech in the primary camera with a secondary depth camera along with the ability to capture UHD quality video.

The rear triple camera of the Galaxy S10+ did not disappoint either and received a joint number one position with an overall score of 109 points (114 Photo score and 97 Video score) which is the highest score currently attained for a rear camera. To obtain the score, DxOMark evaluated and field tested the camera’s capabilities for Exposure and Contrast, Colour, Autofocus, texture, Noise, Artifacts, Flash, Video Stabilisation, Zoom and Bokeh. 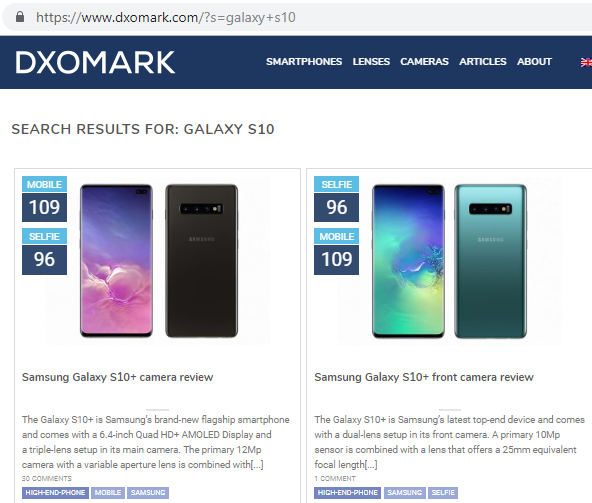 If you’re an aspiring shutterbug and prioritise imaging quality, the Galaxy S10+ and its siblings the Galaxy S10 and S10e look like something that’s right up your alley and they’re now available for preorders starting today until 28 February 2019 at https://s10preorder.mysamsungcampaign.com/