In the lead up to a smartphone launch by a major manufacturer, the technorati usually go rooting about for leaks, news and details as to what  exactly is in the phones that will make their official debut onstage. There’s tons of purported leaks aplenty with varying degrees of accuracy but this particular tip from an insider source that was sent to GSMArena looks like the real deal and spills the final specifications of Samsung’s upcoming Galaxy S10 series which will come in 3 – different sizes – a plus-sized Galaxy S10+, the mainline Galaxy S10 and – surprise – a more affordable and compact Galaxy S10e.

The leaked document consists of two pages of text, purportedly from an internal retail source and even GSMArena says to take the specifications with a grain of salt but they do fall in line with most of the details churning around the rumour mill. The document itself is interesting once you read into it in detail, as the three phones still bear codenames – Beyond2 which is the Galaxy S10+, Beyond1 which is the Galaxy S10 and Beyond0 which would be the Galaxy S10e. 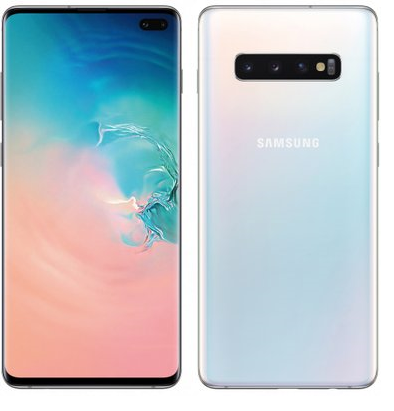 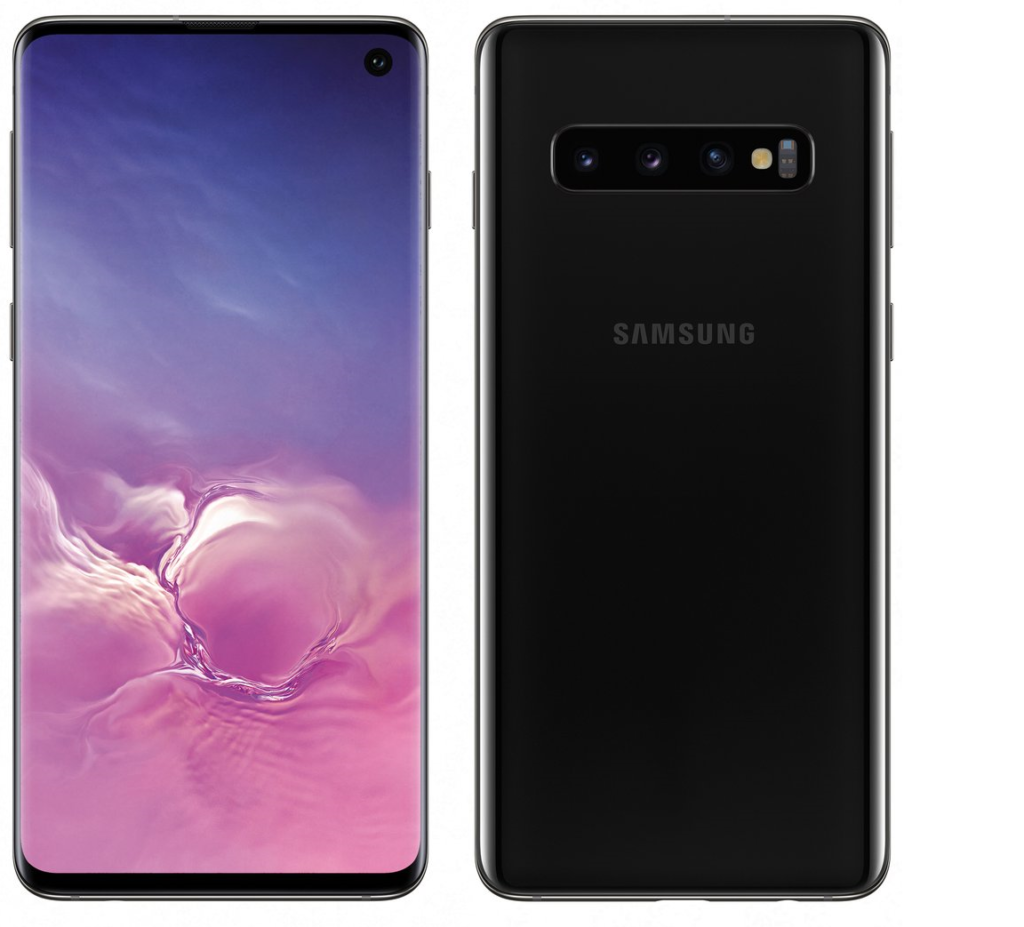 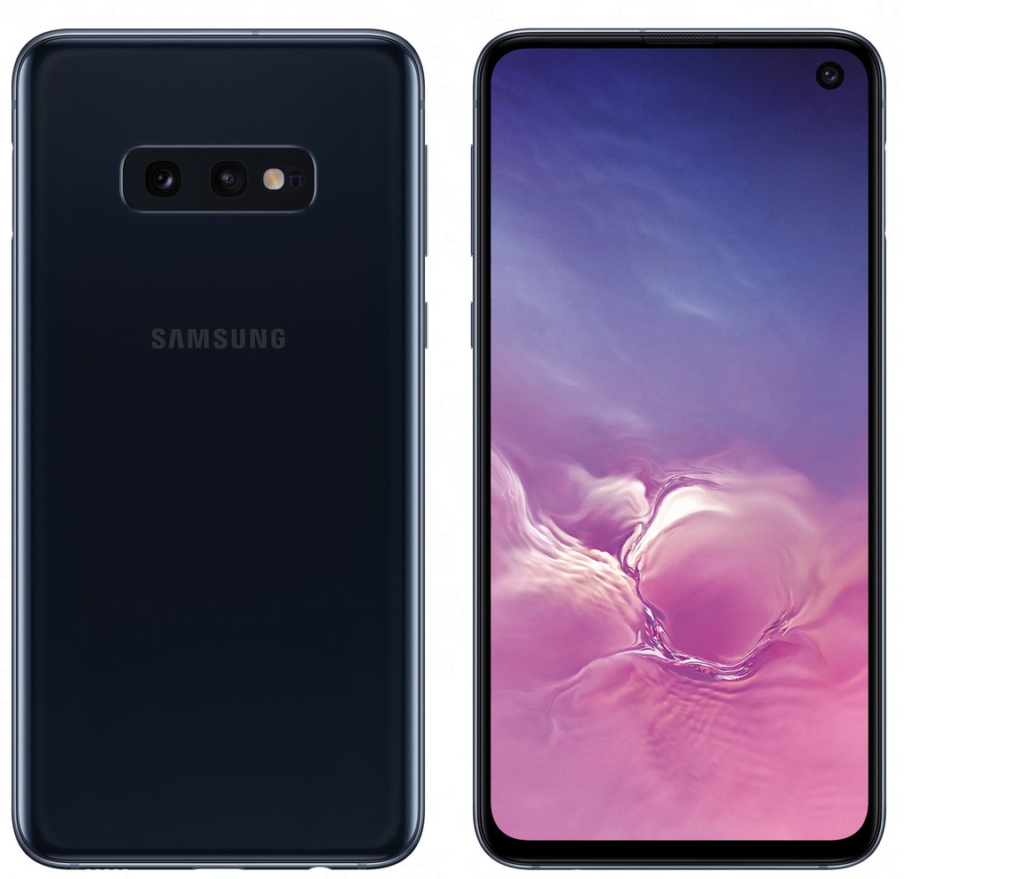 The Galaxy 10+ will have a 6.3-inch QHD+, 3,040 x 1,440 pixel Infinity O Super AMOLED touchscreen with a 19.9 aspect ratio and 522ppi sheathed in Gorilla Glass 6. The mainline Galaxy S10 will have a 6.1-inch Infinity O Super AMOLED display that has similar specifications with QHD+ resolution and an identical 19:9 aspect ratio but a slightly higher 550ppi that is also sheathed in Gorilla Glass 6.

The Galaxy S10e has the smallest touchscreen display of all with it hosting a 5.8-inch Super AMOLED panel but it still has an Infinity O -style punch hole in the front for the selfie camera, a QHD+ resolution and is purportedly sheathed in Gorilla Glass 5.

One particularly interesting line is that the S10+ and S10 will have an “Ultrasonic Fingerprint – advanced on screen fingerprint, 3D scan for more security”. This presumably infers that it has an under-glass fingerprint reader in the phone which does jive with the omission of a fingerprint reader on many renders and leaked prototype image samples. The S10e however has a side-mounted fingerprint reader like the Galaxy A7 and A9 released last year.

The Galaxy S10 and S10+ have a similar camera triple setup (12-MP + 12-MP +16-MP) with a 12-MP F/1.5 camera with Dual Pixel OIS, their Dual Aperture tech which implies that it can change to an F/2.4 as needed depending on lighting conditions, a secondary 16-MP F/2.2 wide-angle camera and a 12-MP F/2.4 telephoto lens with optical zoom paired up with OIS and autofocus. The Galaxy S10e has a primary 12-MP f/1.5 camera much like its larger siblings with Dual Aperture and Dual Pixel tech with OIS and a secondary wide angle 16-MP f/2.2 camera without the telephoto camera.

The front cameras are interesting, if you read into it in detail. The Galaxy S10+ has a 10-MP F/1.9 camera and a secondary 8-MP F/2.2 camera with Live Focus, Dual Pixel autofocus and can apparently capture 4K video. This makes it the only one out of the lot to be able to defocus the background with a bokeh effect when taking selfies; the S10 and S10e lack a secondary front camera.

The Galaxy S10 and S10e pares this down to a single 10-MP F/1.0 camera with Dual Pixel autofocus and the ability to also capture 4K videos. Common to all three variants are AR Emoji support, the ability to add fun stickers to shots, have a ‘Zoom’ effect and something odd called a ‘Spin’ effect. Other features seen on the S9 series are here but enhanced – the Scene Optimiser mode now can recognise 20 different scenes versus 10 on the S10. The phones will also have a Super Slo-Mo 960 fps mode is now twice as longer on the new S10 series versus the S10


The Galaxy S10+ has a battery that slightly outsizes the Note9 at 4,100mAh while the S10 has a 3,400mAh battery. The S10e will have a 3,100mAh battery. All three variants will have a new Wireless Power feature to share fast wireless charging with other phones which is a novel new feature indeed for Samsung phones.

The S10 series phones will have their latest 9820 Exynos chipset though in keeping with prior outings, they will most likely also use the latest Snapdragon processor for the US and China markets which will most likely be the Snapdragon 855 though the document does not mention this.

All three variants will come with Prism White, Prism Green and Prism Black as colour options though the S10e will have an exclusive Canary Yellow as an option and the uber premium S10+ with 12GB RAM/1TB storage will come in its own unique Luxurious Ceramic Black and Luxurious Ceramic White.

As always, take these specifications with a grain of salt – there’s even a typo in it which may imply something hastily cooked up as it misspells Dual Pixel as Duel Pixel tech. There’s still no firm news on how much these phones will cost and the document does not mention that but seeing as the Samsung Unpacked event is just around the corner in a matter of days, we don’t have long to wait. 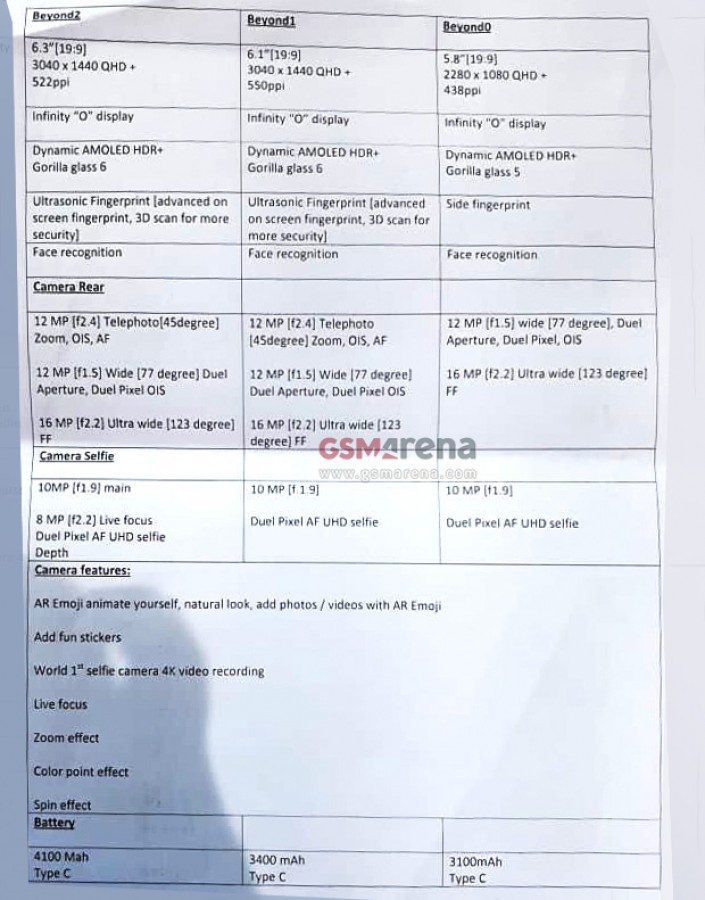 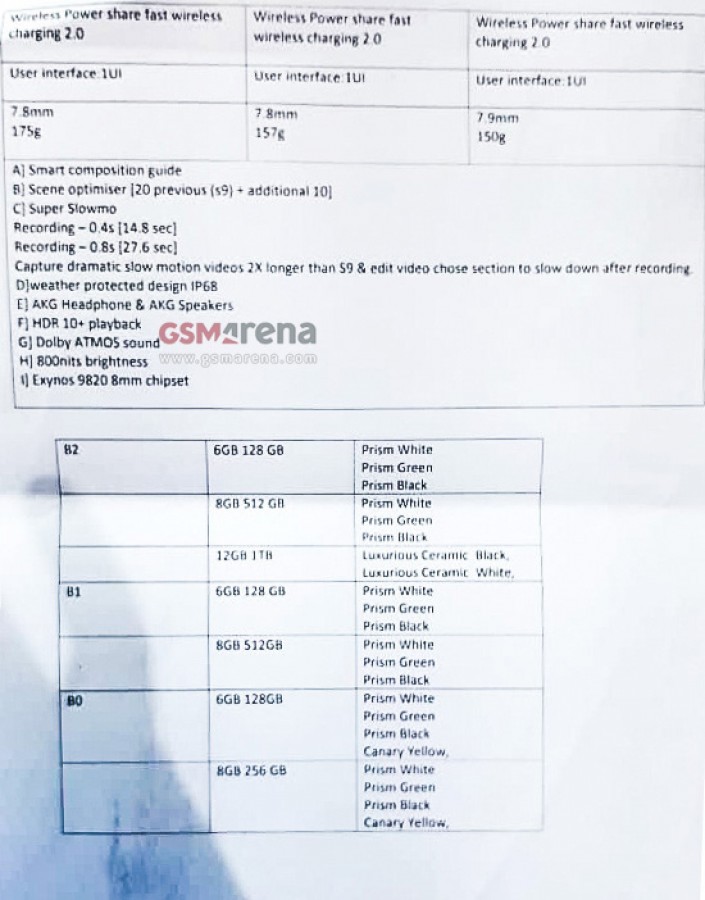