The Samsung Galaxy Note note series typically appears every year like clockwork sometime around August or September though in recent times this is gradually becoming earlier and earlier. Also appearing in typical fashion are a slew of subtle leaks that kick off an entertaining jaunt to discover its capabilities ahead of launch but this time, the leak is official as images of what is possibly the Galaxy Note20 Ultra were released on their Russian website. 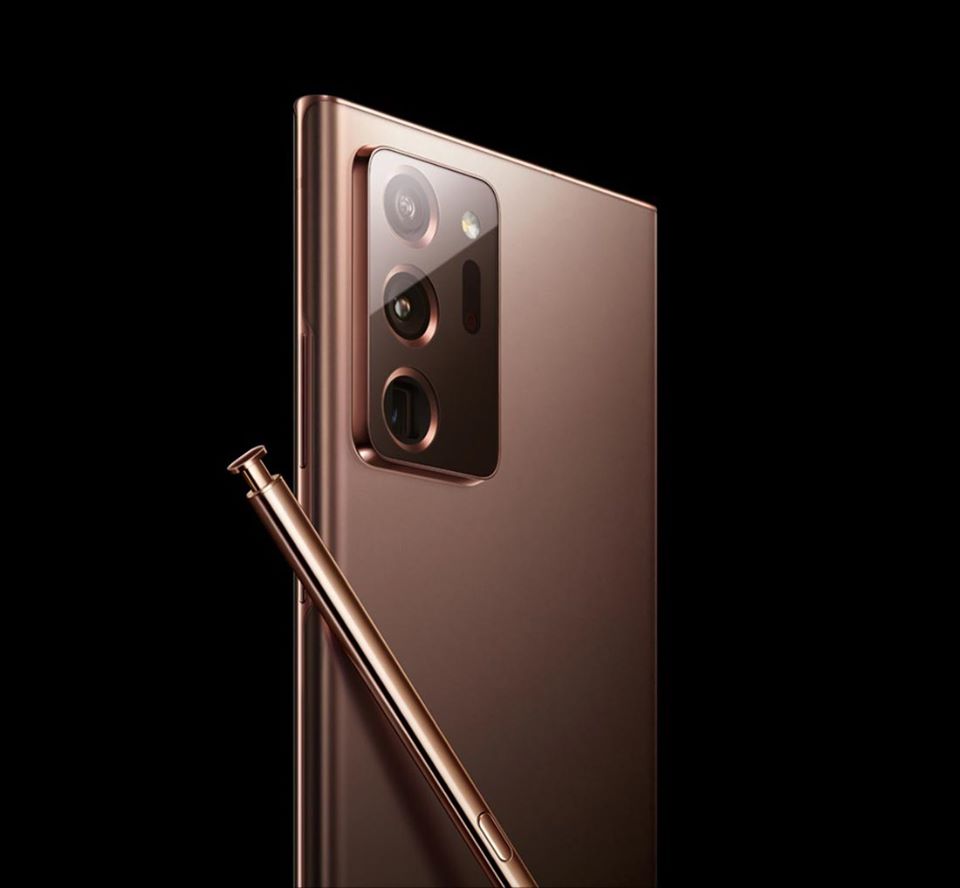 The images show an as yet unreleased Samsung Galaxy Note series phone in a copper/bronze paint job and have been taken down from the Samsung Russian website but can still be seen on Google cache.

The images of the phone shows an S Pen stylus in a style typical of Samsung’s Note series phones and features a camera array with three prominent cameras on the back and an LED flash.

This camera array does not resemble anything in current service in Samsung’s inventory at present with its vertical array of cameras, what seems to be an LED flash and what speculatively may be a DepthVision camera but assuming you put aesthetics aside and just focus purely on the camera placement, it bears a passing resemblance to the camera array seen in the Galaxy S20 Ultra. 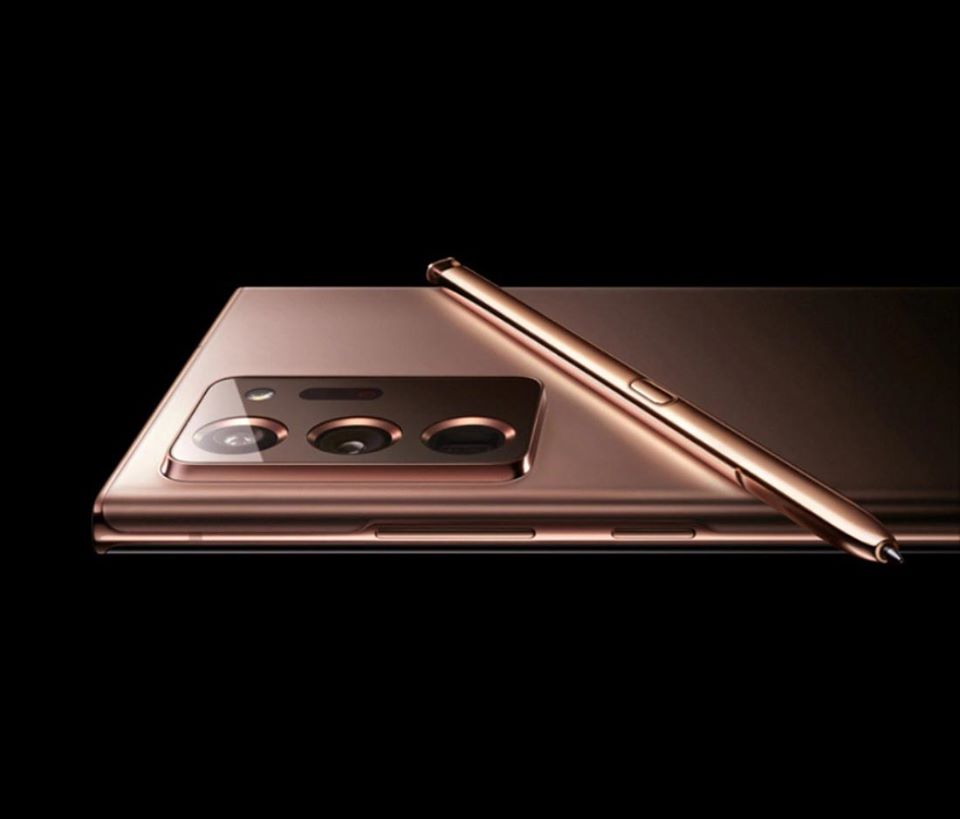 Other revealed details include what looks like a volume rocker and power button for the right side of the phone which seems opposite that of the current layout of the Galaxy Note10 and Note10+ which have their buttons on the left. There also seems to be a less pronounced curve on the display than what was seen on the prior Galaxy Note10 series phones.

Something weird!
Might just be our first look at the #Samsung #GalaxyNote20Ultra smartphone. This picture of the Bronze/Copper Galaxy Note 20 Ultra was found on the official Russian website of Samsung. Do you think it's the actual render or concept used by a Samsung team? pic.twitter.com/bkZsD6MeJM

Again, it’s all up in the air as nothing has been officially confirmed yet but informed conjecture, including the one who originally discovered the leak, one Ishan Agarwal as well as thoughts from renowned leaker Ice Universe ,  implies that this may very well be a reveal of the Galaxy Note20 Ultra in a shade that has been designated as ‘Mystic Bronze’

The existence of a Galaxy Note20 Ultra also implies that a Galaxy Note20 exists, which means that there will be at least two flagship phones in the Note series line-up due for an official appearance in keeping with last year’s Note10 and Note10+ release.

In any case, it’s a breathtakingly beautiful design with the copper finish looking exquisite indeed and exceptionally premium. As more leaks appear  of Samsung’s next flagship phone, we’ll keep you posted!