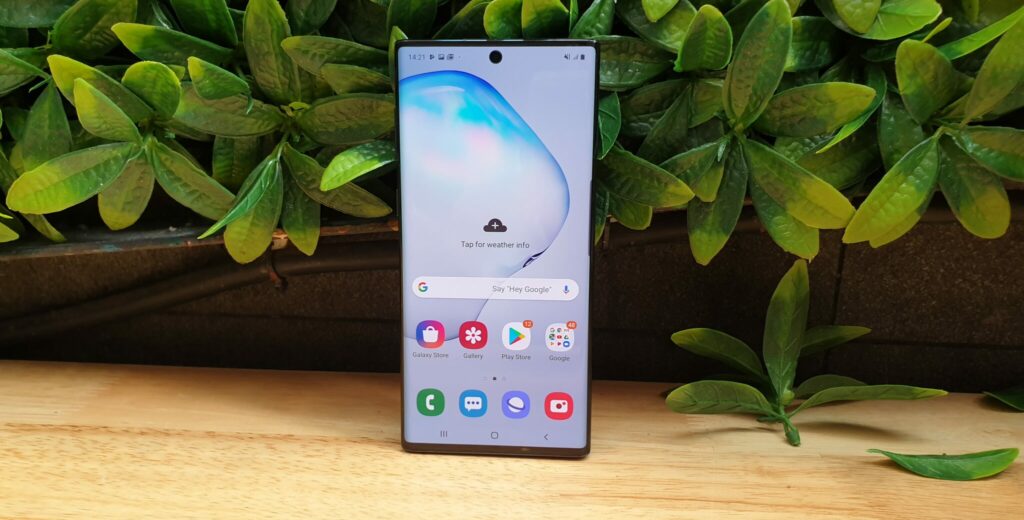 Launched alongside the larger  Galaxy Note10+, the Galaxy Note10 is a smaller, lighter and slimmer variant which also costs a good chunk less while offering much of the user experience of its larger sibling.

The Galaxy Note10 is the first time that Samsung has expanded their design strategy to include multiple differently sized variants for the Galaxy Note series. Previously, this was a mainstay for their mainline Galaxy S series phones which came in different sizes in an almost Goldilocks fashion with the compact Galaxy S10e, the Galaxy S10 and the larger Galaxy S10+ that had similar processors but varied slightly in terms of storage, cameras and, of course, the size of their displays. 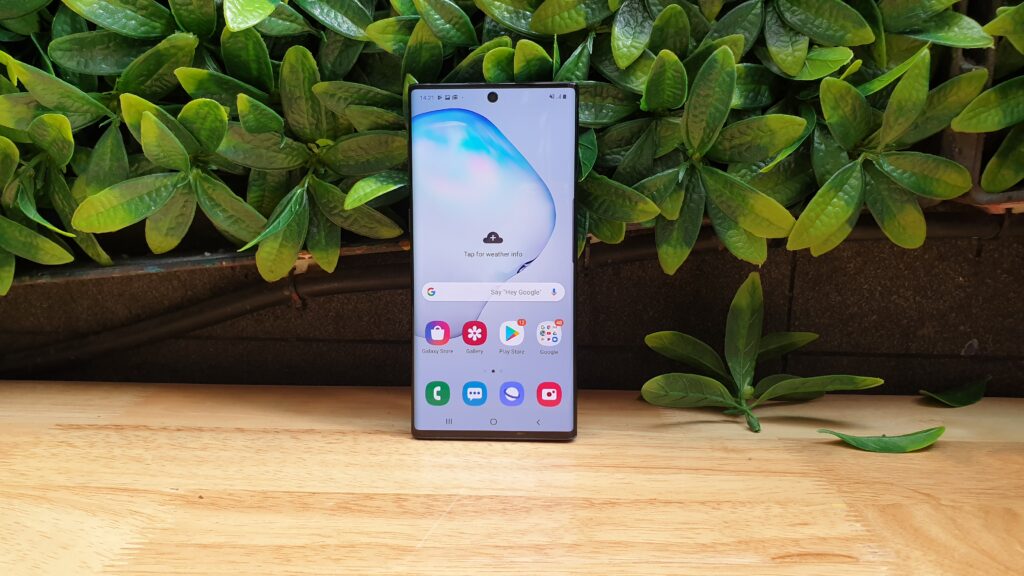 Out of the box, the Galaxy Note10 for Malaysia has a UK-style 3 pin 25W fast charger, the associated USB Type C charging cable, a pair of AKG Type C earbuds and a plastic casing to protect the phone. 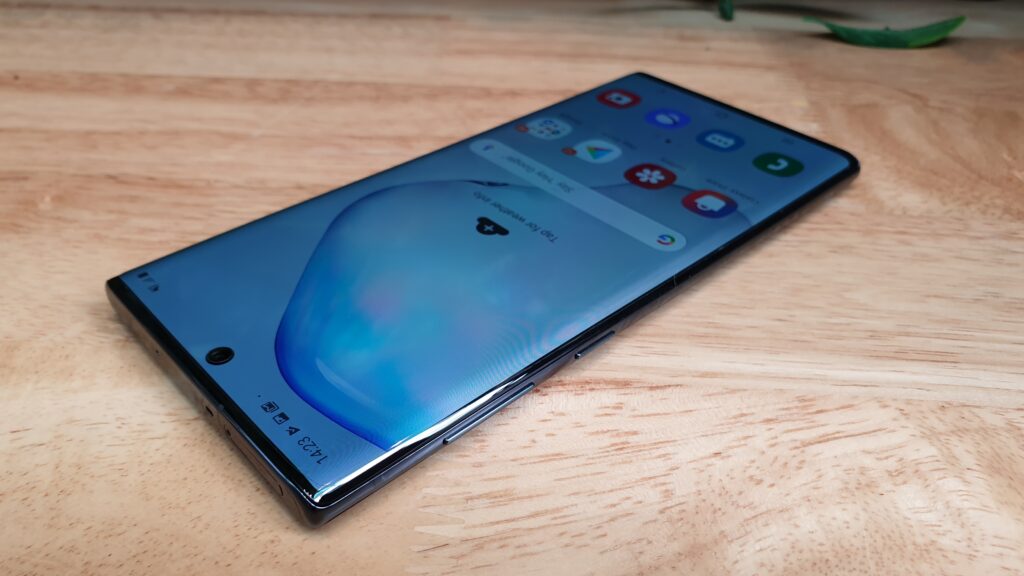 The rear camera array of the Note10 also quite similar to the Note10+ save for the lack of a 3D ToF VGA camera. It is also lighter and slimmer though at the expense of a smaller battery. You can refresh your memory with our prior feature here on how both phones differ. 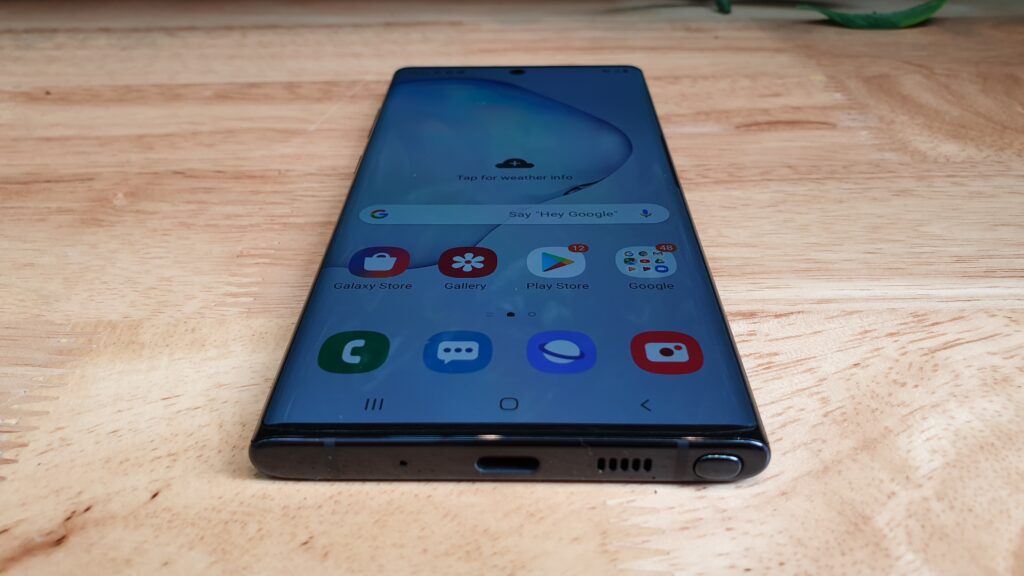 The Galaxy Note10 hosts a volume rocker and power button that also doubles as a button to summon Bixby on its left side. There is also a dual SIM card slot on the top side of the phone. As mentioned earlier, the Note10 lacks expandable storage as it only has a dual SIM card slot so you will have to make the most of the available 256GB of storage. The right side of the phone is otherwise bare. The base hosts the stylus well for the Galaxy S Pen, a USB Type-C port and a speaker grille.

Up front, the Galaxy Note10 has a 6.3-inch FHD+ dynamic AMOLED display with a 10-MP selfie camera mounted in the middle of the top section of the phone along with a barely imperceptible speaker that works in tandem with the other speaker at the base of the phone to offer stereo sound. Rather than a conventional fingerprint reader, the Note10 hosts an under-glass fingerprint reader near the bottom quadrant  of the display.

The backplate hosts a mirrored finish sheathed in glass with the triple camera array emplaced in the upper left corner of the phone. This setup looks and feels wonderfully premium feel though it also attracts fingerprints aplenty. 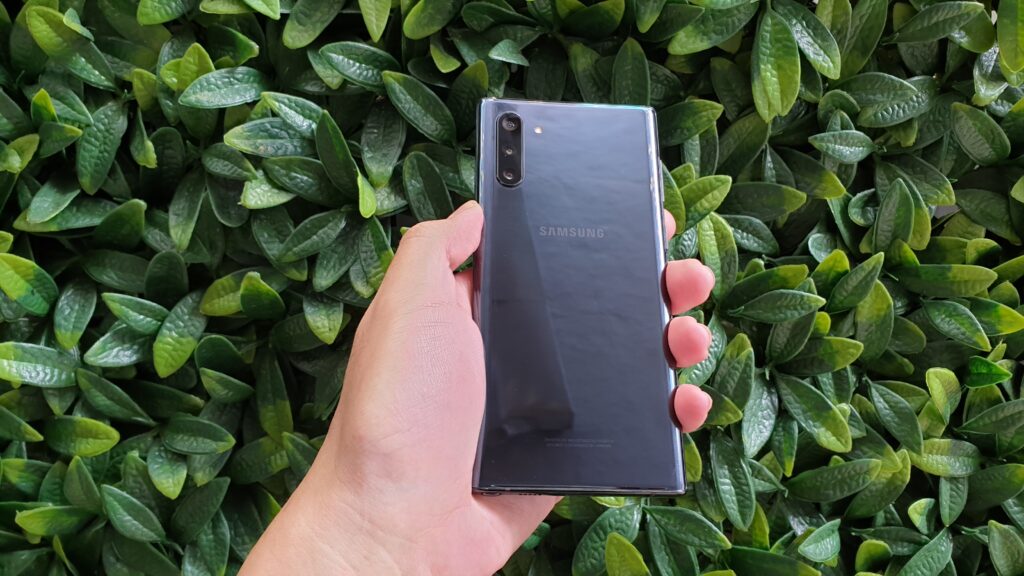 Befitting a phone of Samsung manufacture, the Galaxy Note10 boasts of excellent build quality with a wonderful heft that you can only get with a phone made of glass and metal. The slimness and rounded edges of the Note10 also enables users with small hands to easily wield it one-handed.

The phone runs Android 9.0 overlaid with their One UI which integrates their new upgraded DeX desktop interface that now works as an instanced operating system when you directly hook the phone up to a PC via a USB cable that lets you drag and drop content back and forth on top of direct access to the phone’s apps. 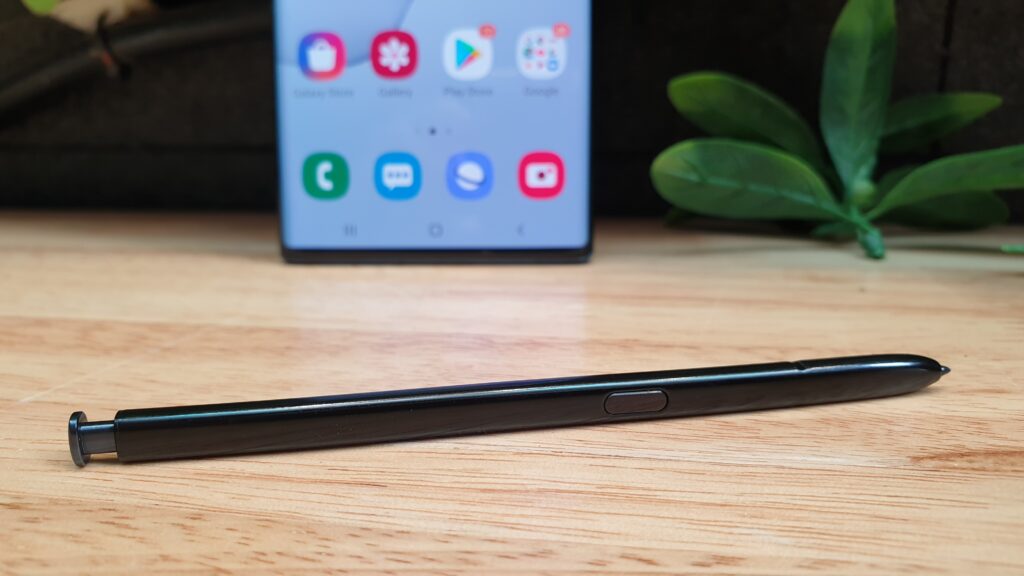 Like the higher end Galaxy Note10+, the Note10 ditches the oft maligned dedicated Bixby button from the Galaxy Note9 and instead folds its functions into the power button. By default a long press summons Bixby while a double press fires up the camera. Holding volume down and the power button turns the phone off. If you’re not one for Bixby, you can reassign the long press function to another app. 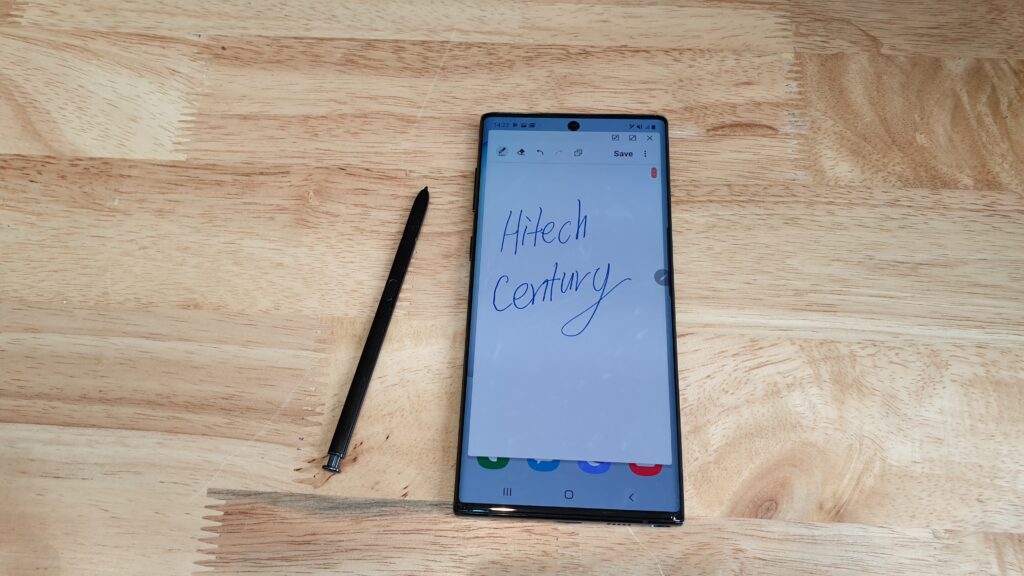 Firing up apps proved swift and the phone was able to handle everything thrown at it, including some simple video editing in 4K, rapidly swapping between a dozen Chrome browser windows in seconds and intensive gaming on PUBG and Asphalt 9. It does get somewhat warm under heavy loads, especially in the upper left corner of the phone but the provided casing does mitigate that liability somewhat to manageable levels.

The S Pen is otherwise identical with the same foibles as the Galaxy Note10+. On top of its more obvious applications in jotting down notes, you can hold the S Pen down and perform a series of gestures to manipulate the camera settings and a few other select apps. For more details on how the One UI interface and the S Pen works, check out our prior Galaxy Note10 review.

In terms of synthetic benchmarks, the Galaxy Note10 got close to what the Note10+ scored, albeit slightly behind in some tests presumably on account of having slightly less RAM. In Antutu 3D it got a score of 347,208 points. In 3DMark’s Extreme OpenGL ES 3.1 test it got a score of 5,023 points while in the Sling Shot Extreme – Vulkan test it got 4,868 points. In PCMark, it got a score of 8863 points. Oddly enough, in Geekbench 5, it got a somewhat oddly low 826 points in single-core performance and 2,236 points in the multi-core test but this seems more of a statistical anomaly with the app as the Note10 has performance that exceeds these test results. 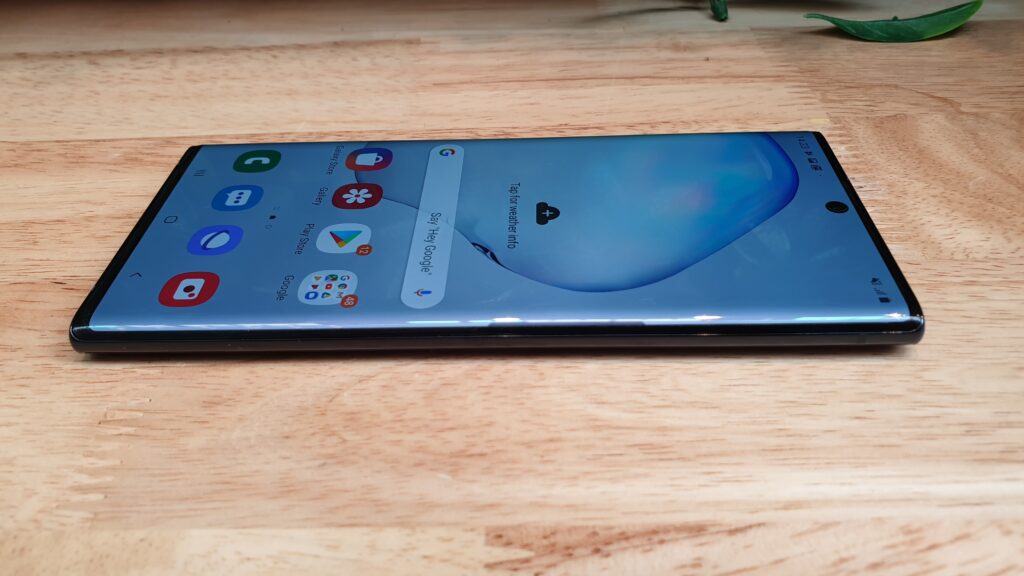 While the display isn’t as crisp as what the Galaxy Note10+ is capable of achieving seeing as the former only maxes out at FHD+ resolution and the latter at WQHD+ resolution, it’s still plenty sharp. Unless you’re really peering at every pixel, the Galaxy Note10+ offers more than sufficient detail with beautifully rounded and clear fonts and equally sharp looking footage.

Seeing as the display is also HDR10+ compliant, it’s capable of serving up scene-specific metadata for superior contrast and dynamic range though there’s still a dearth of such content anywhere. In lieu of that with normal content on YouTube or Netflix, the display still serves up excellent colours and dynamic range with beautifully deep blacks onscreen and brilliant whites. Clarity under sunlight was good as well.

The paired stereo speakers proved up to the task, delivering excellent audio performance and volume for a smartphone. While the lack of a 3.5mm audio jack is unfortunate, their provision of a pair of USB Type-C AKG earbuds goes some way towards salving the sting.

Out of the plethora of stock earbuds we’ve tested, these AKG earbuds that are issued with Galaxy S and Note series Samsung phones remains some of the best we’ve experienced. The Galaxy Note10 is every bit as capable as its larger sibling the Galaxy Note10+ and the difference in RAM is not a major issue under all but the most demanding tasks.

The Galaxy Note10 rear camera array is essentially identical to that of the Galaxy Note10+ save for the omission of the 3D VGA ToF sensor which adds depth data to Live Focus shots. 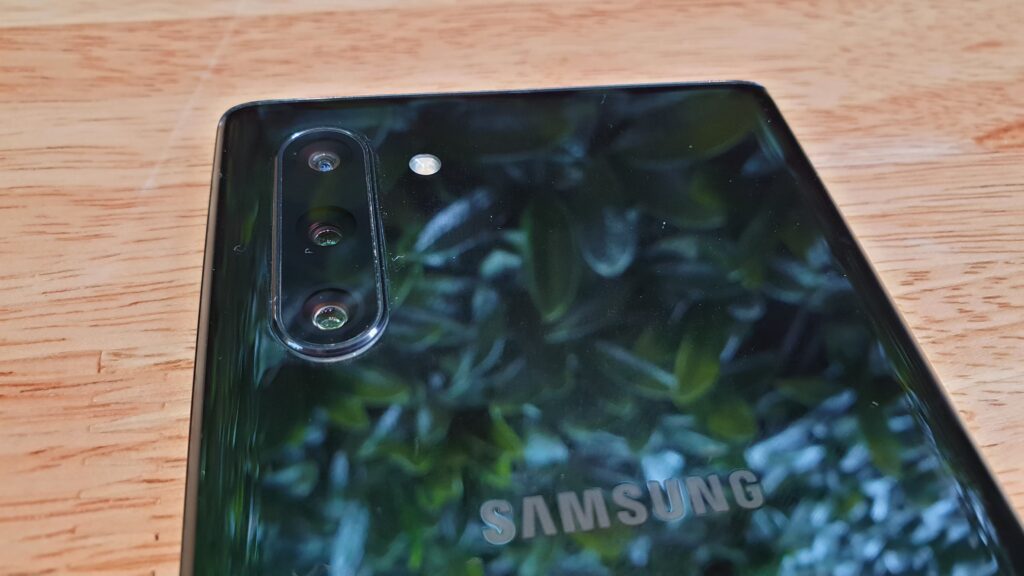 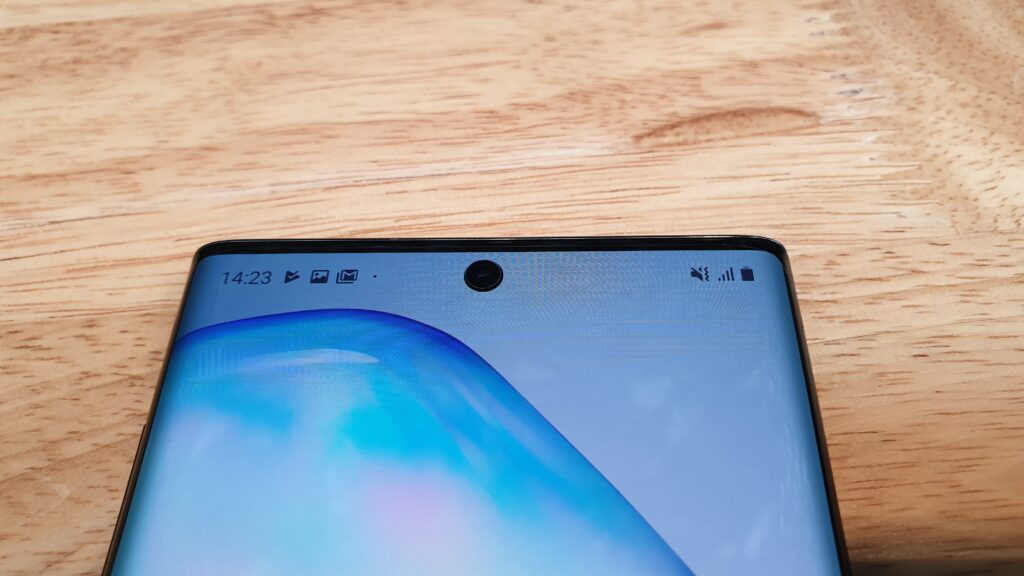 Captured video is capable of going up to 2160P at 60 FPS at HDR10+ and looks excellent though you can’t take much as you’ll easily max out the storage.

The phone also has a similar 1080P Super Steady mode as the Galaxy Note10+ that works as advertised ,ensuring judder free footage for all but the most intensive extreme sports. A leisurely walk or even a fast sprint all look smooth as silk with Super Steady mode activated. 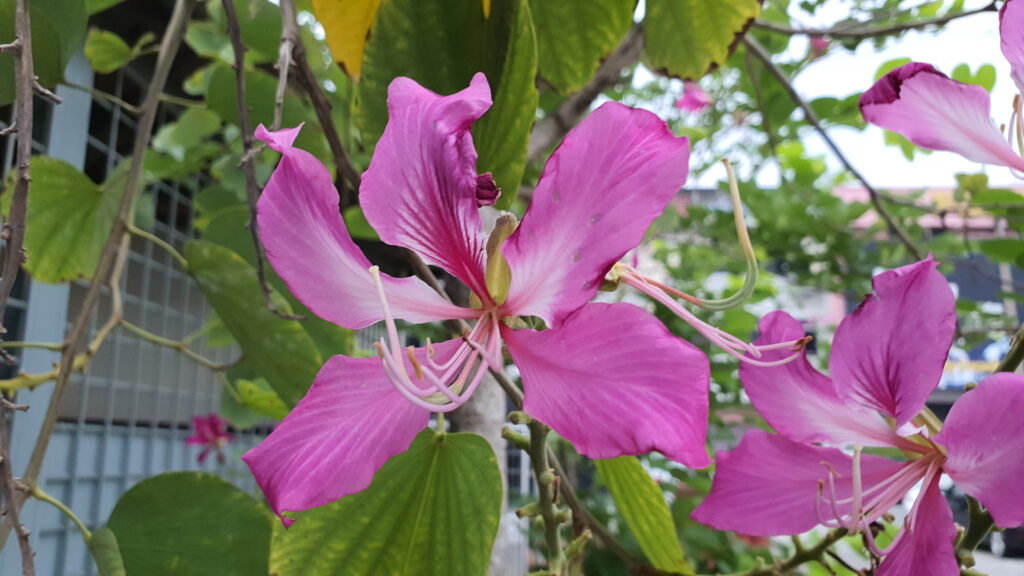 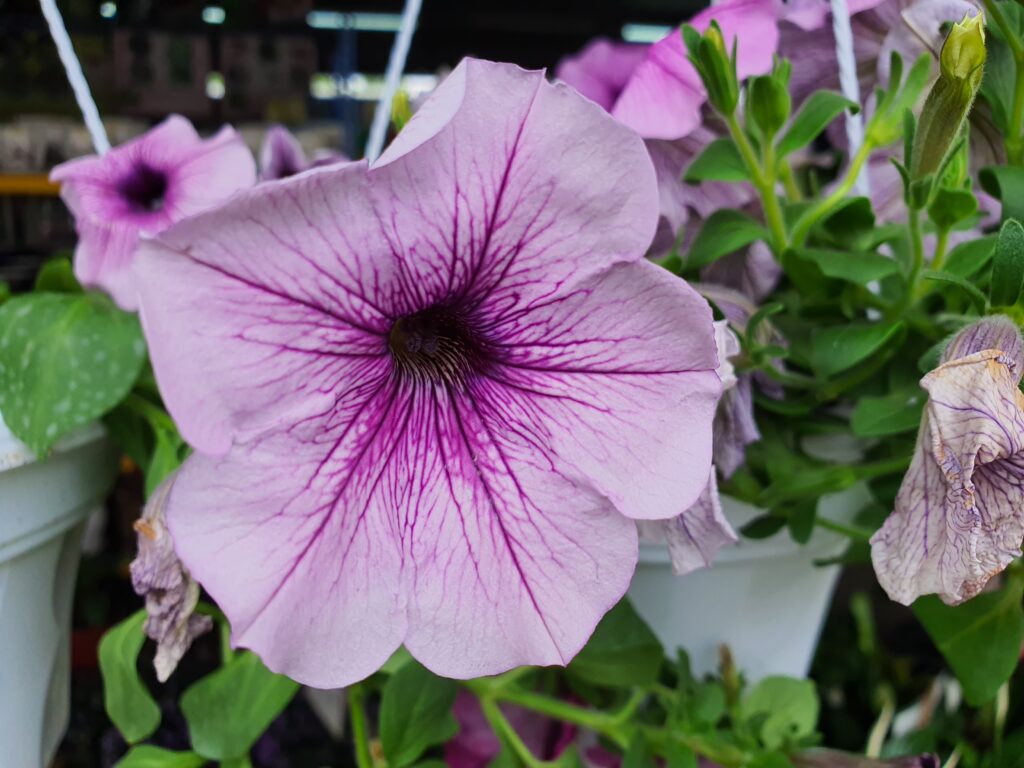 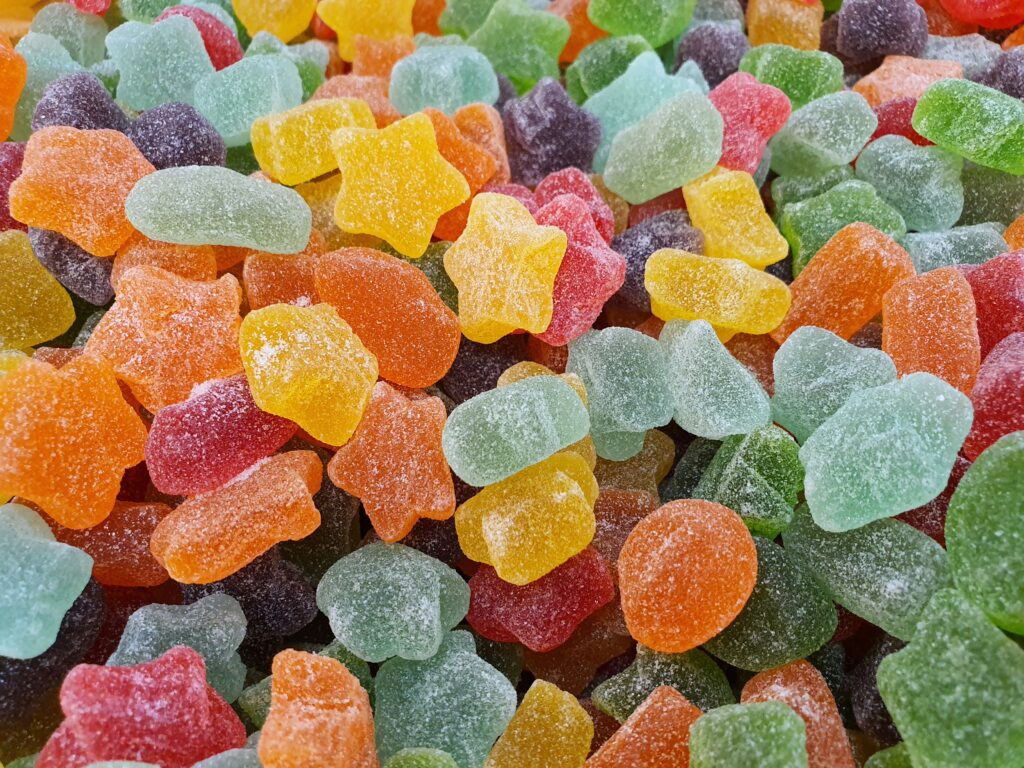 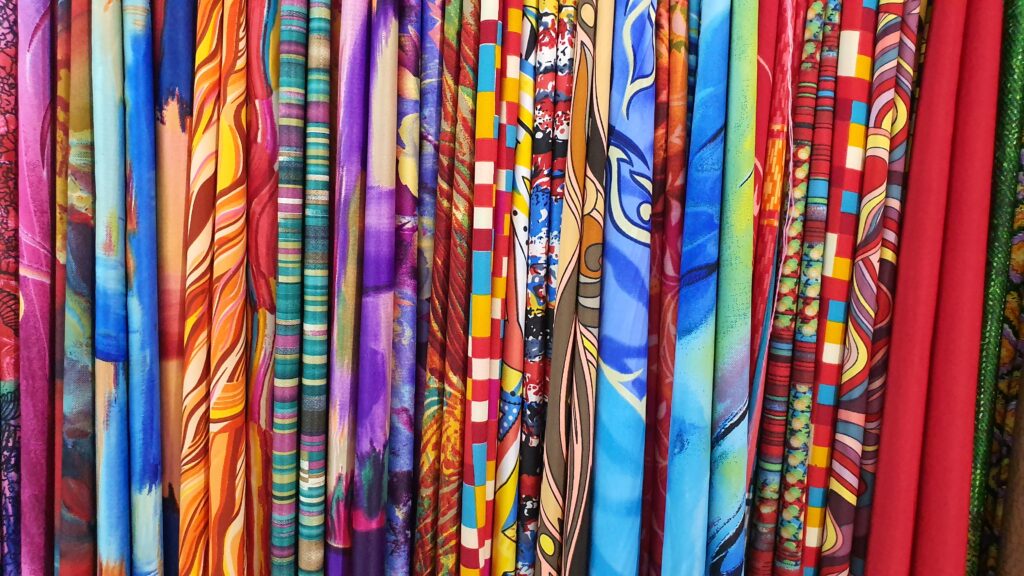 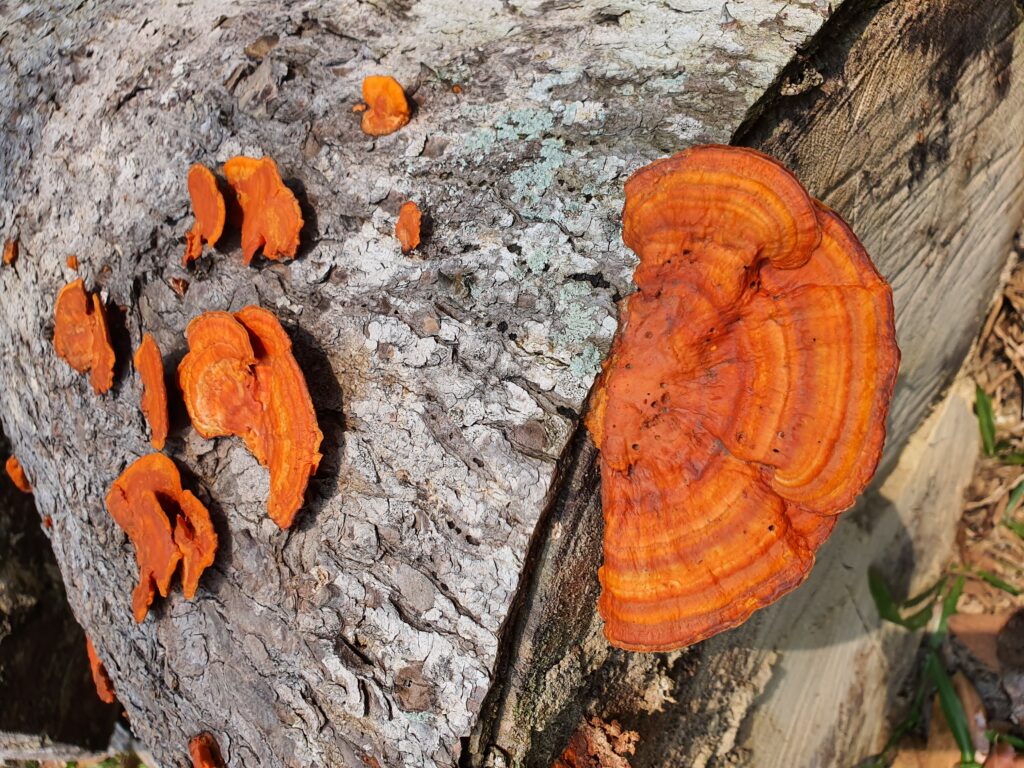 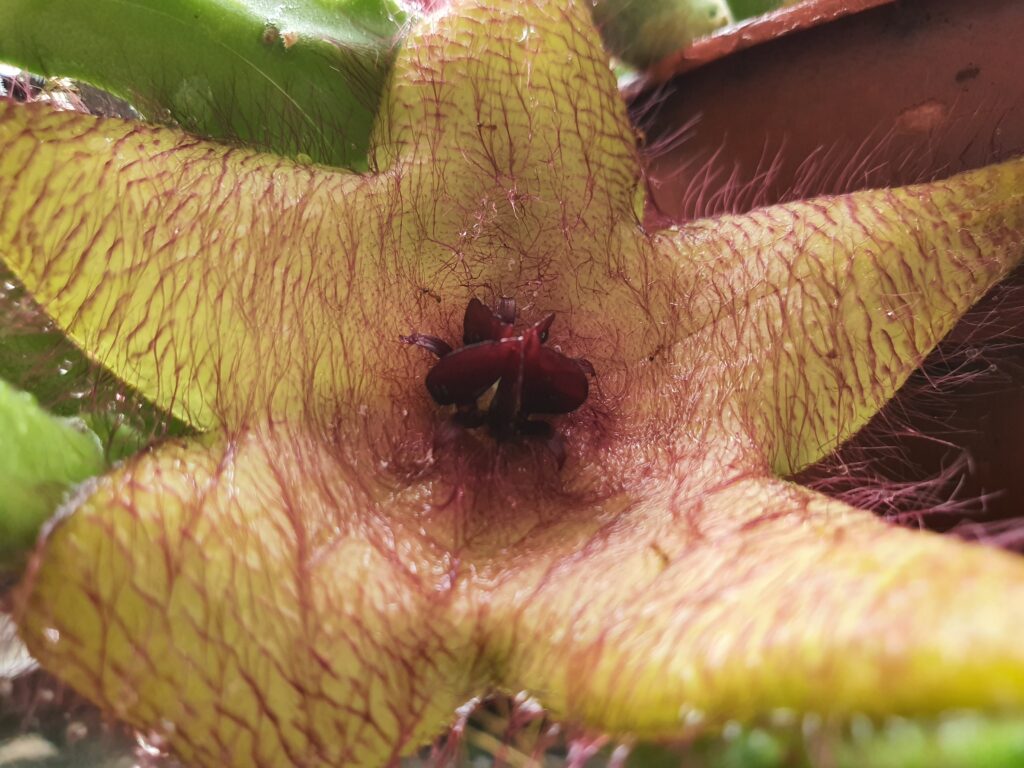 In terms of camera performance, it handles in pretty much the same fashion as the Note10+ with excellent performance across the board, serving up well saturated shots brimming with detail in daylight and excellent shots at night with minor tradeoffs in noise with the provided Night mode offering better colours and slightly better dynamic range. 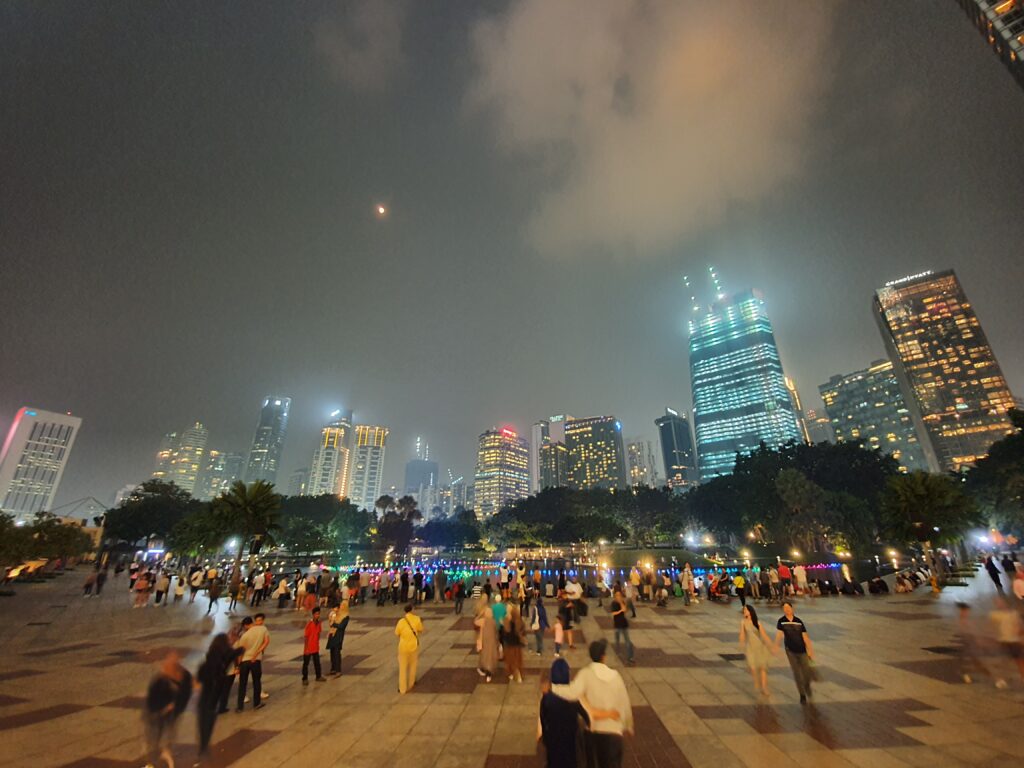 Evening with the Ultrawide angle lens 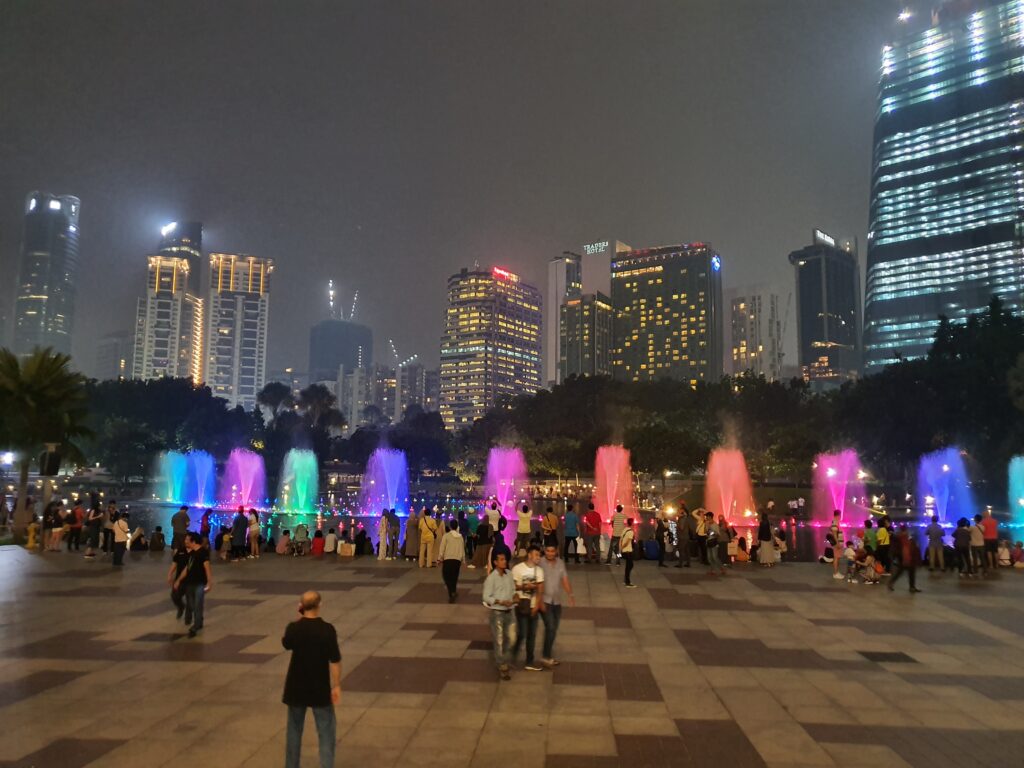 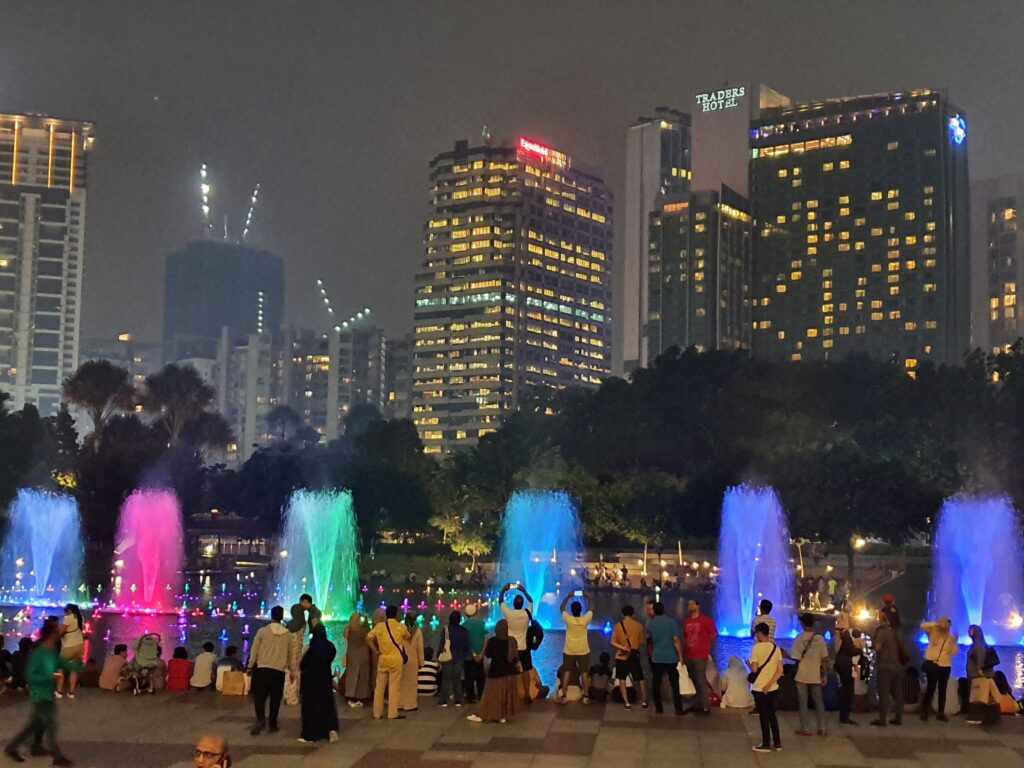 The omission of the 3D VGA ToF sensor has minimal impact on Live Focus shots with the option of different bokeh patterns fully available and with very authentic looking results though the usual provisos on extremely fine detail like hair are still occasionally botched. 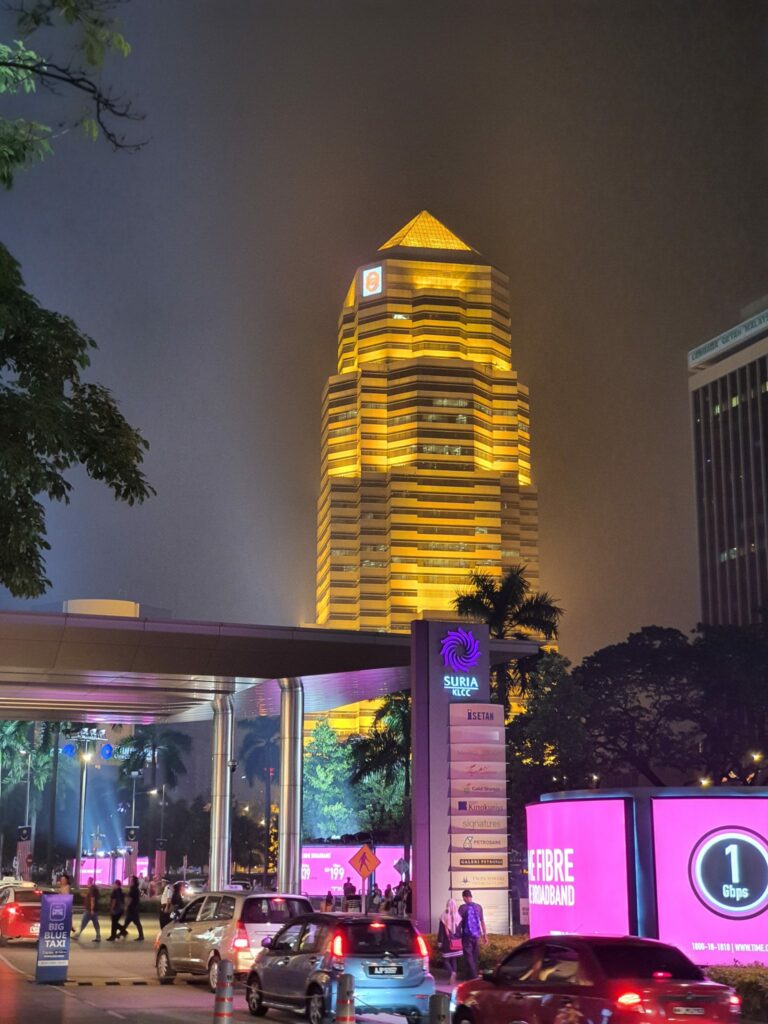 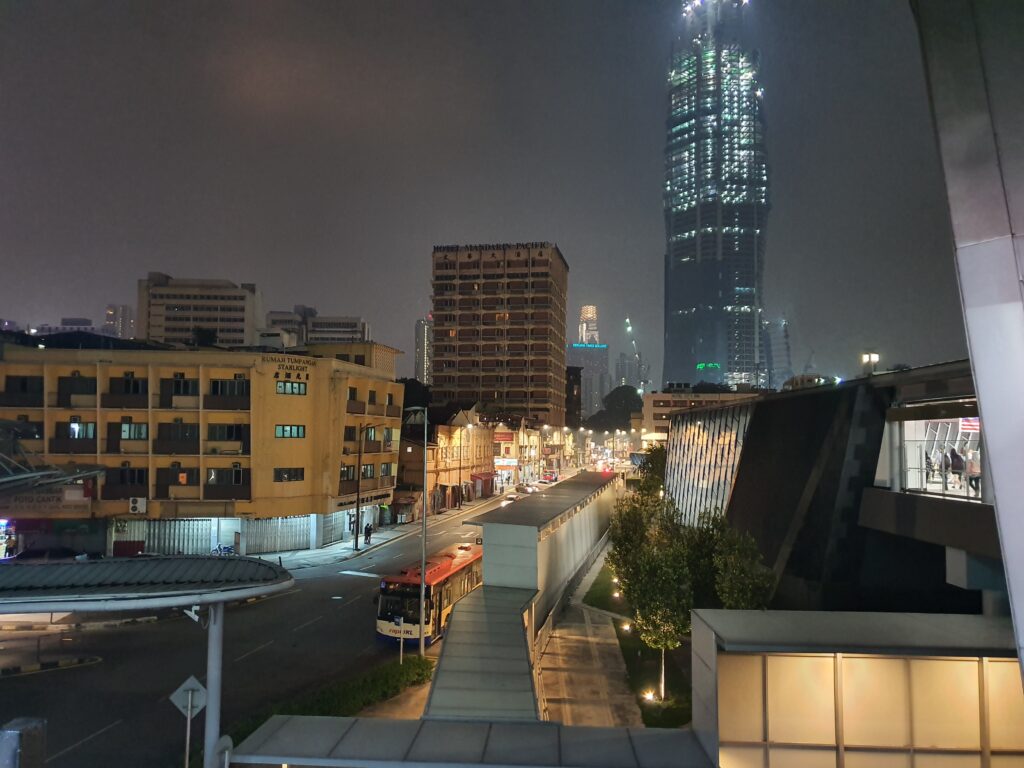 Low light with Night mode off 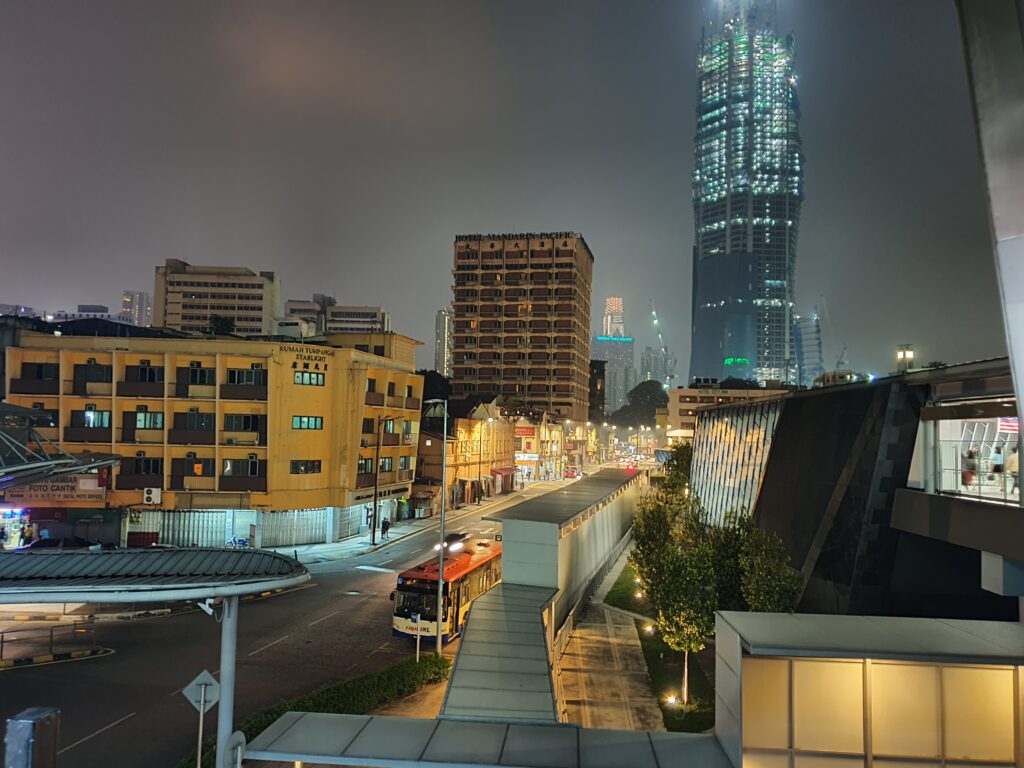 Low light with Night mode on

Overall, there’s very little compromise here in terms of imaging quality and you’re getting nigh on the full camera performance of what you’d get in the higher end Galaxy Note10+.

The combination of the FHD+ resolution display and presumably battery optimisation tweaks with the firmware means that the Galaxy Note10 exhibits excellent battery life that can easily last a full day plus of moderately heavy use akin to how we tested the Galaxy Note10+. The bundled 25W fast charger was able to charge the phone from dead zero to 65% in about 30 minutes which is gratifyingly swift by any measure. 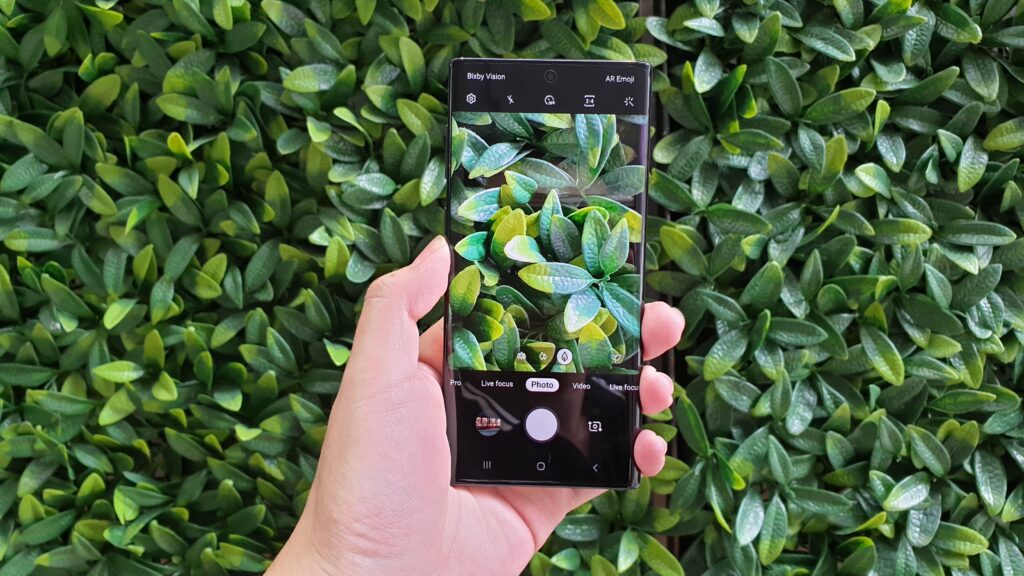 On its own merits, the Galaxy Note10 is every bit as capable as its larger sibling the Note10+ though some minor concessions were made to keep the price down and differentiate it somewhat.

The omission of the 3D VGA TOF camera isn’t a major issue as the existing triple camera array is more than capable of delivering excellent shots nor is the smaller size of the battery a hindrance as it still delivers similarly good battery life as the Note10+.

Where it gets murky is its smaller display that’s capped at FHD+ though it’s more than enough for all but the most demanding power users though this actually works in its favour as leads to less battery drain and longer endurance in the field.

The lack of expandable storage is another downside to the Galaxy Note10 that will irk power users but it has more than sufficient onboard storage that would cater to the needs of most users. 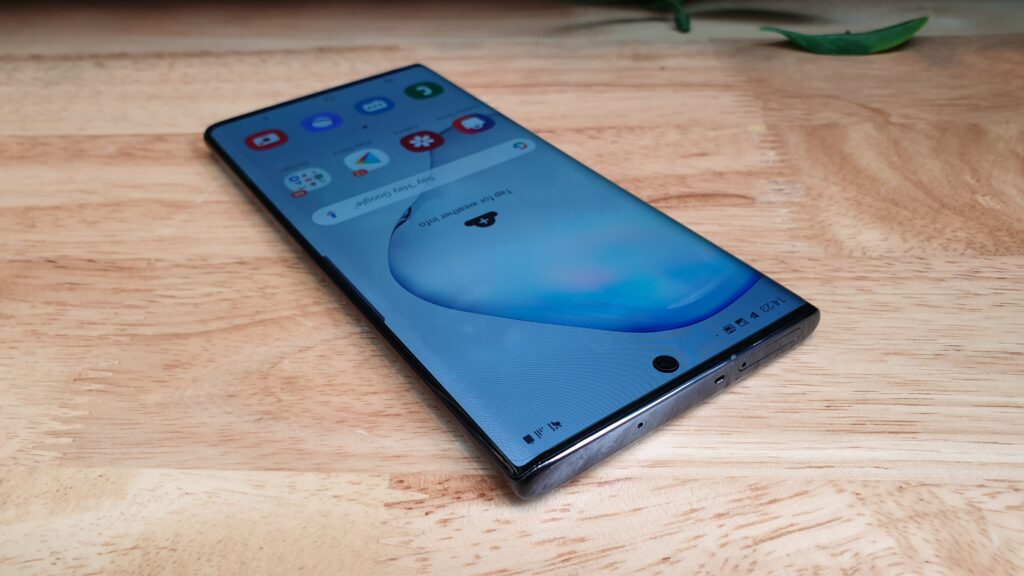 Power users and those with deeper pockets seeking a no-compromise solution should still chunk out more for the Galaxy Note10+.