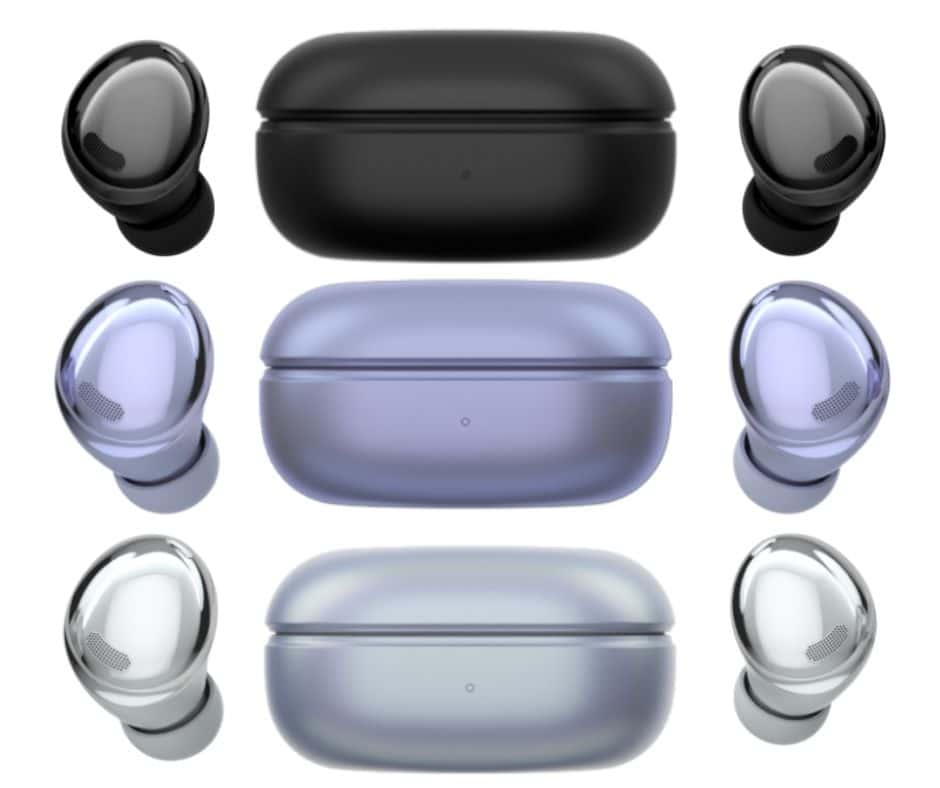 Details on Samsung’s next generation earbuds that they’ve designated as the Galaxy Buds Pro have leaked and it will likely launch alongside the upcoming Galaxy S21 series phones this coming January 2021.

The next generation Samsung Galaxy S21 flagship phone is slated to be announced in early January 2021 and has seen a host of leaks and indirect hints on both official and unofficial channels but what is likely now is that it will be accompanied by this latest addition to their wireless earbud line-up. Meet the Samsung Galaxy Buds Pro wireless earbuds.

The Samsung Galaxy Buds Pro were leaked in an inadvertent fashion when a curious Reddit users called u/gamerOmega came across a pre-release APK of the Galaxy Wearable app that details the features and colours for the design as well as confirmed just what its official designation will be. The biggest giveaway in the app is just what the Galaxy Buds Pro look like.

While serial leaker Evan Blass first leaked renders of the design, the name wasn’t quite confirmed as yet as Samsung also took out a trademark filing for ‘Galaxy Buds Beyond’ in the U.S which is likely for another wireless earbud possibly later down the line or or more likely, a red herring.

The next-generation Galaxy Buds Pro wireless earbuds return to form with silicone ear tips and a design more akin to the existing Galaxy Buds Plus as opposed to the bean-shaped open-design of the latest Galaxy Buds Live that launched alongside the Galaxy S20 and Note20 series this year. It will also ship in three colours in what seems to be violet, white and black.

What is also confirmed is that it will have better active noise cancellation, which is a given seeing as the Galaxy Buds Pro has silicone ear tips that offer better passive noise insulation, something that the Galaxy Buds Live did not offer in its open-design form factor that resembles beans.

The battery size for each earbud has been confirmed as well at 61mAh while the charging case itself has 472mAh though there’s no official word yet how long these batteries will last under field conditions with ANC on and ANC off.

Other revealed details on top of better ANC in the Galaxy Buds Pro include the following in the firmware :

Some key takeaways here is that active noise cancellation will have a low and high noise cancelling mode and that the earbuds will detect the sound of your voice and then cut down media volume so you can have a conversation and then automatically turn the volume back up again when you’re done.

Other features are almost certain to be there including wireless charging and in keeping with Samsung’s typical M.O, there will almost certainly be more colours coming later after the official launch with them likely being region or telco specific exclusives for a time like what happened to the earlier Galaxy Buds Plus and Live.

In any case, there’s no much longer now to wait before we see them in the proverbial flesh. You can also check out this short video from Github that nagivates the Galaxy Buds Pro’s user menu in Galaxy Wearable here.