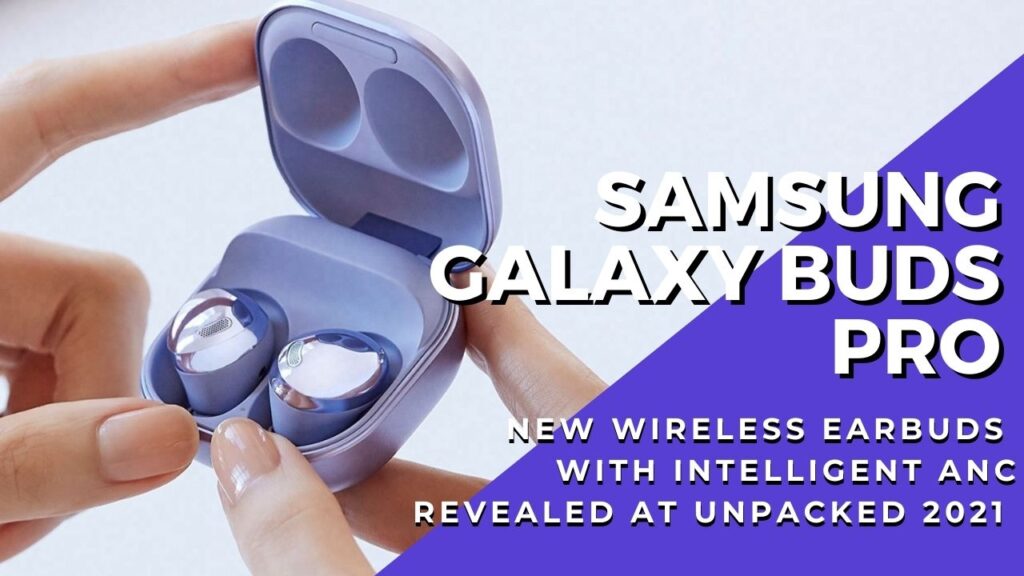 It also sports one of the most robust water resistance ratings available for hearables with an IPX7 rating for water resistance which means the ability to survive up to a meter of water for up to 30 minutes. 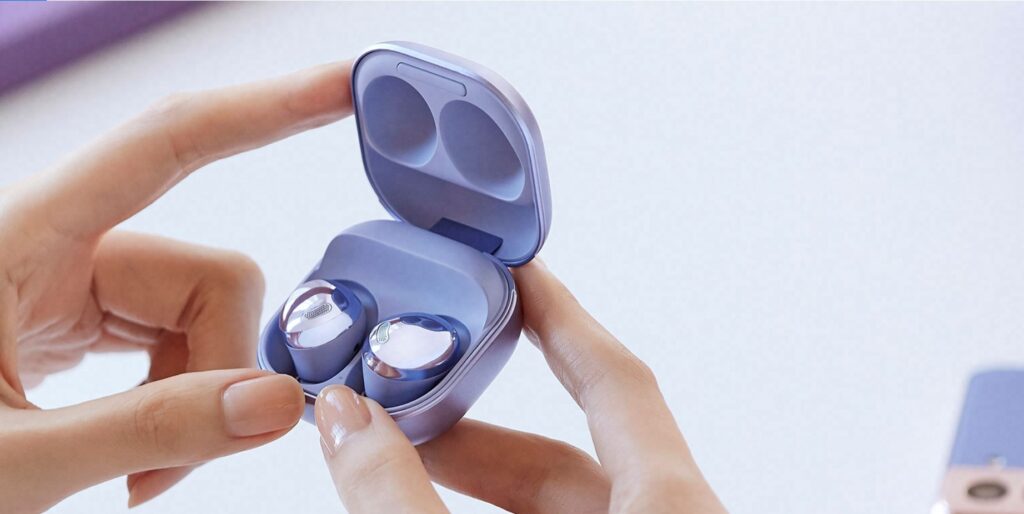 The Galaxy Buds Pro features the return of silicone ear tips for passive noise insulation though it features a potent, and impressive intelligent active noise cancellation (ANC) mode that lets you dial the level of noise cancellation you need with one of four settings (Low, Medium, High and Extra High) with the ability to cancel up to 99% of external ambient noise in real time.

Where it earns its ‘Intelligent’ designation is from the fact that the earbuds are intelligent enough to temporarily switch off when you’re having a conversation and able to switch back on again when you’re done versus having to physically remove and don it again. 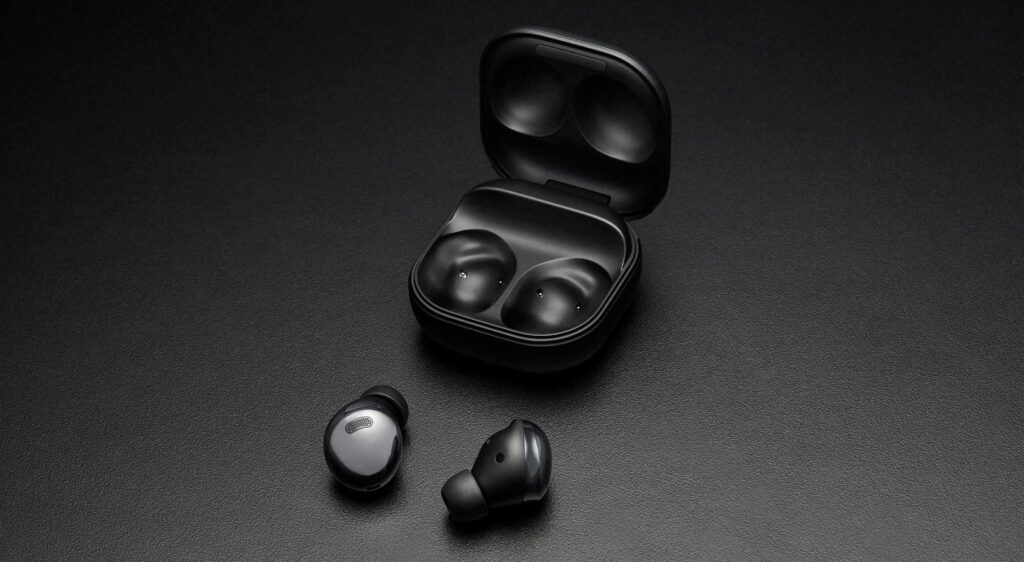 The Samsung Galaxy Buds Pro is built around a 6.5mm tweeter and an 11mm woofer in each earbud to offer exquisite audio reproduction across the range with full bass, detailed highs and balanced treble.

Much like its predecessors, it pairs up flawlessly with other Samsung devices but ups the ante with the ability to intelligently auto switch between paired devices such as between your phone and tablet.

An example is if you’re watching a movie on your tablet. The Galaxy Buds Pro can automatically switch to your phone when you get an incoming phone call and back again when you’re done so you can finish watching your movie.

In order to make and take calls free of background noise, Samsung has integrated a 3-mic system along with what they called Wind Shield sound tech to squelch external wind and other background noise for clearer conversations.

In terms of battery life, the Galaxy Buds Pro are rated for a maximum of 18 hours of total usage inclusive of the charging case though you can quickly top it up with 5 minutes of charging offering an hour’s worth of play time. 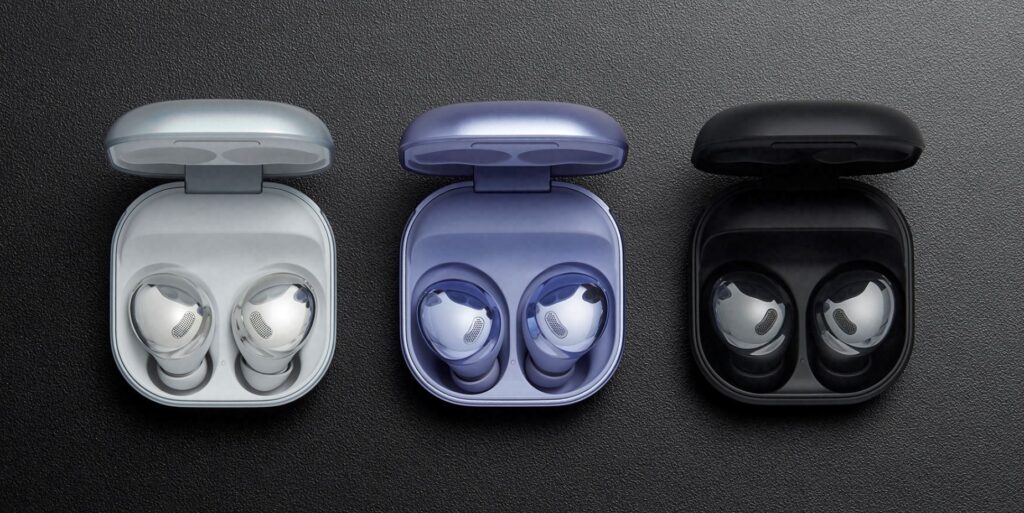 At launch Samsung is releasing the Galaxy Buds Pro in three colours – silver, black and a bluish Violet. It was officially launched at US$199 and availability in the States on January 15. 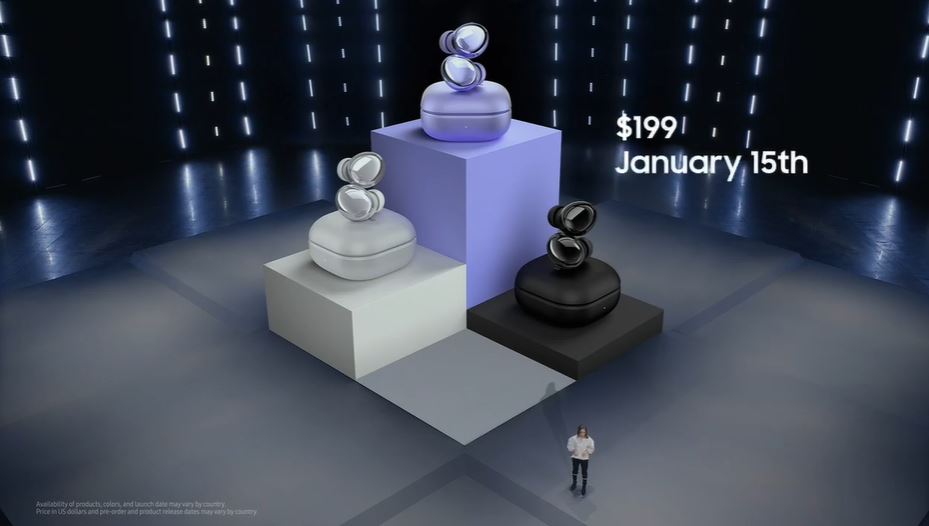 Samsung Malaysia has announced local pricing and the Galaxy Buds Pro is priced at RM799 in your choice of Phantom Violet, Phantom Silver and Phantom Black. Preorders are available from 1.00AM from 15th to 28th January 2021.

If you preorder the Galaxy Buds Pro during this period, you’ll get a free Wireless Charger worth RM239. You can check them out and preorder https://www.samsung.com/my/audio-sound/galaxy-buds/galaxy-buds-pro-violet-sm-r190nzvaxme/